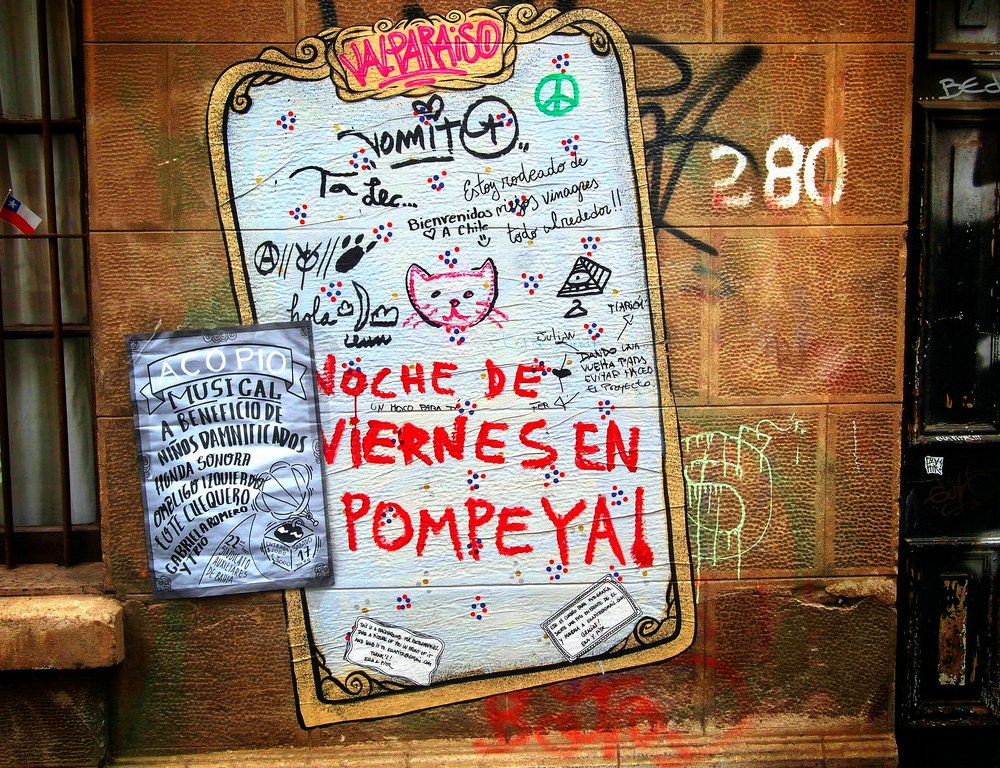 Travelling two hours east of Santiago, the capital’s affluence is almost tangible in comparision to Valparaiso. Chile’s third largest city and one of the country’s poorest.

Valparaiso stands as the crest fallen and downbeat member of the family, fallen upon hard times. The early half of the 19th century saw Valparaiso act as a major port for ships travelling between the Atlantic and Pacific oceans and subsequently labelled the “The Jewel of Pacific”.

The construction of the Panama Canal enabled a faster, cheaper and more convenient alternative signalling Valparaiso’s slow decline. Today the city’s architecture stands as a reminder of a bygone era, receiving UNESCO World Heritage status in 2003.

An anarchic and schizophrenic jumble of gritty urban design and rich architecture built across a series of steep hills forming a natural amphitheatre overlooking the cities once busy port and the Atlantic ocean. 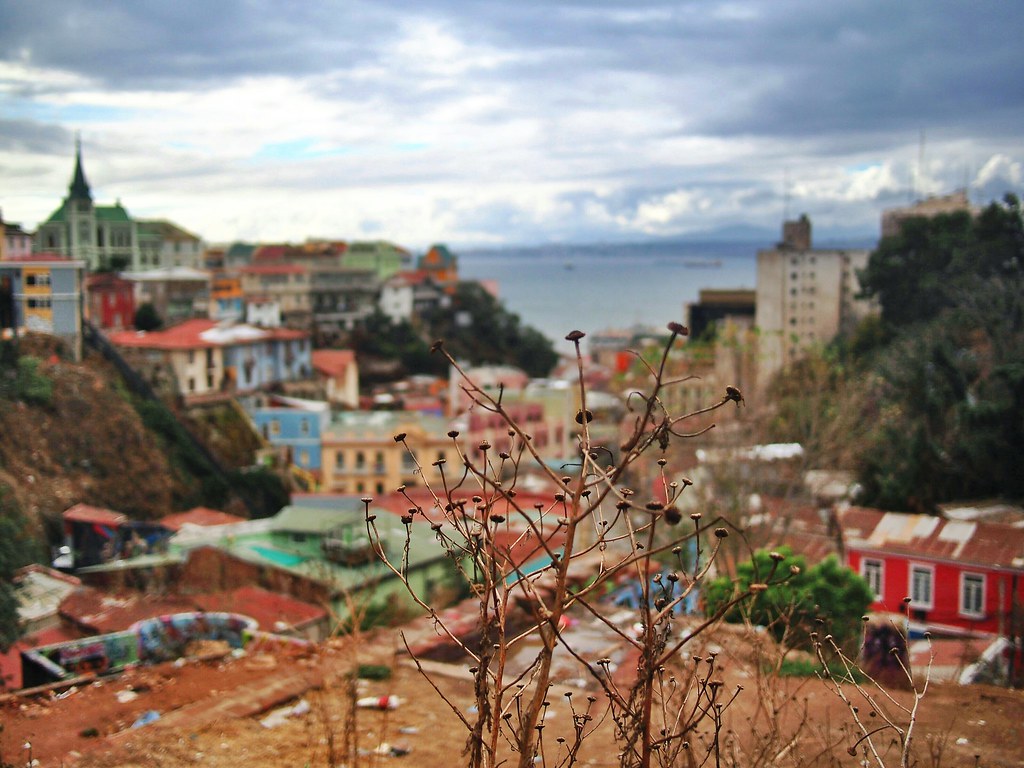 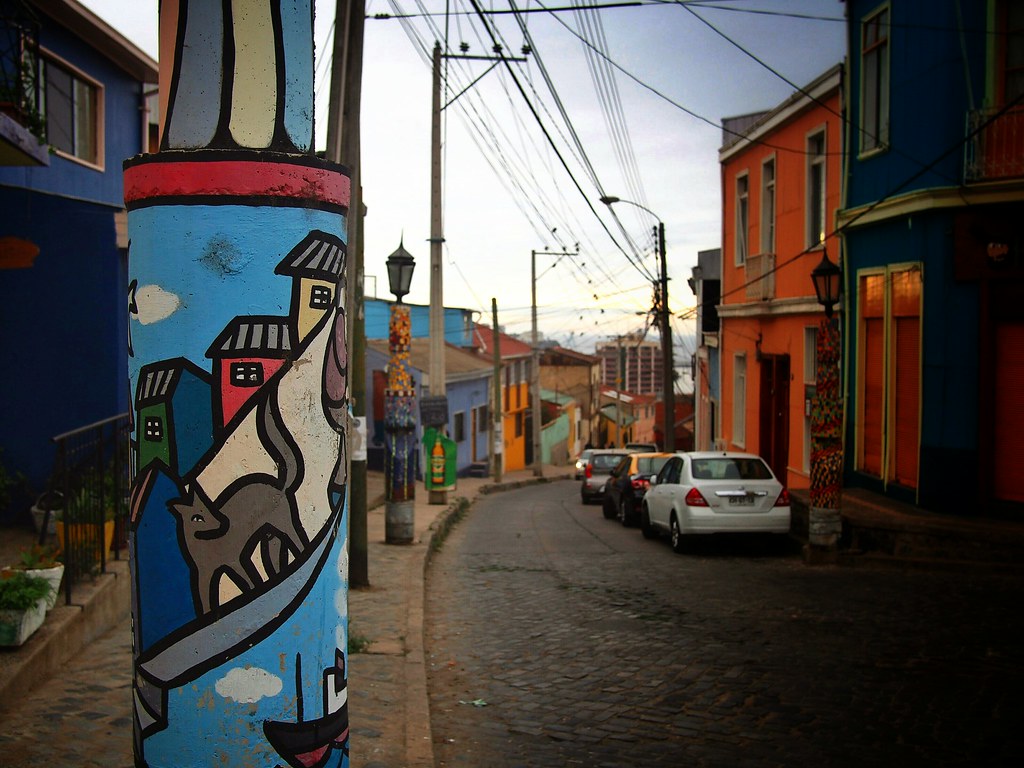 Spidering off the cobbled streets a series of narrow alleys and walkways are no different. 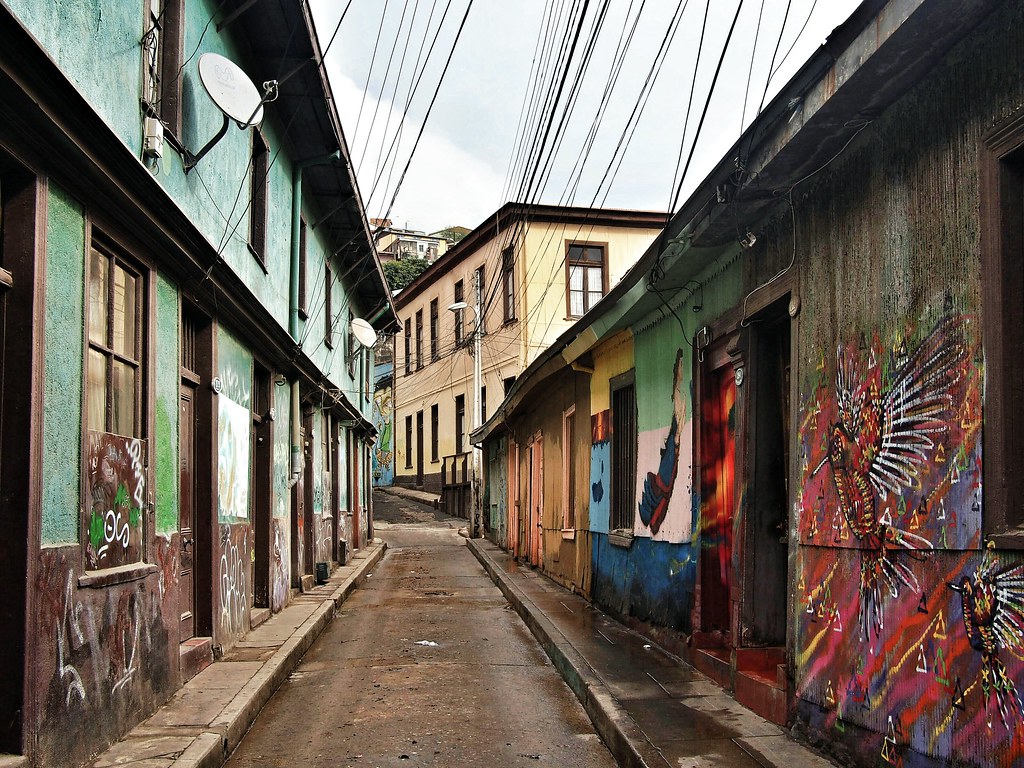 Street corners have everything from graffiti tags. 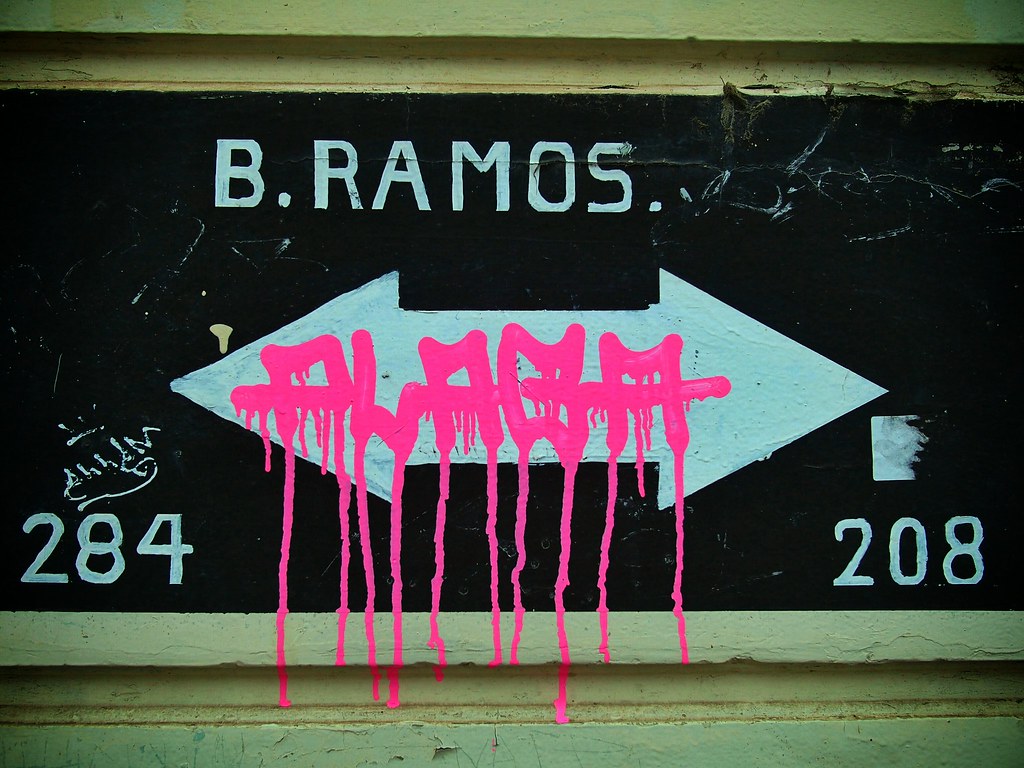 To multiple tags, murals and stencils. 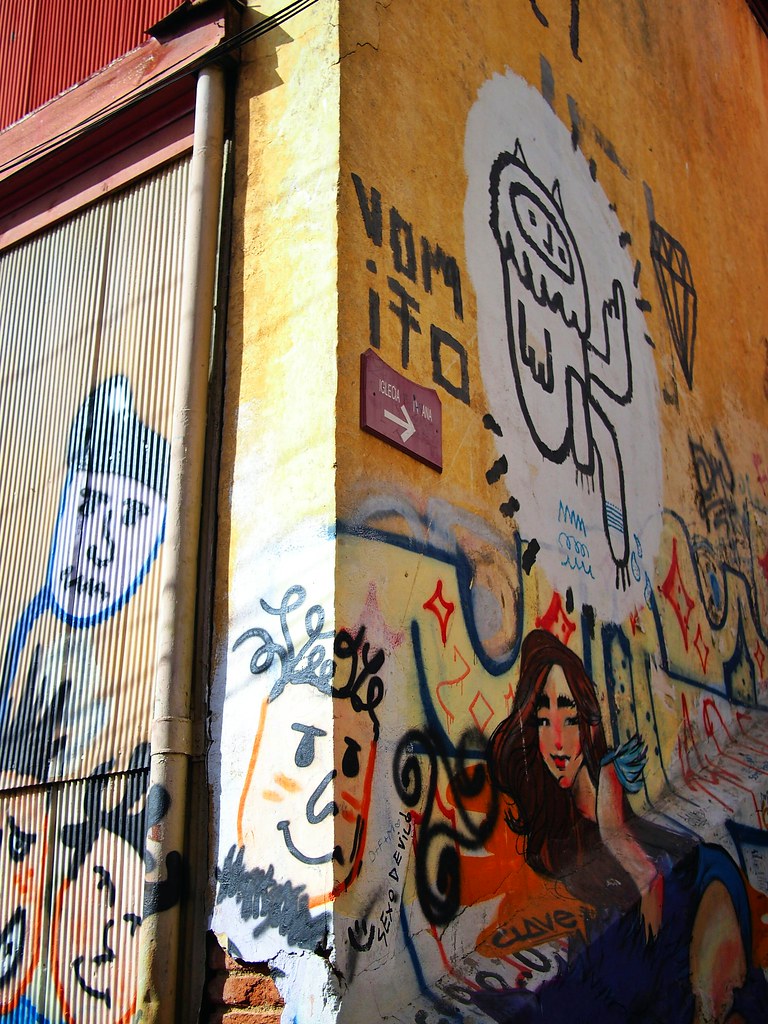 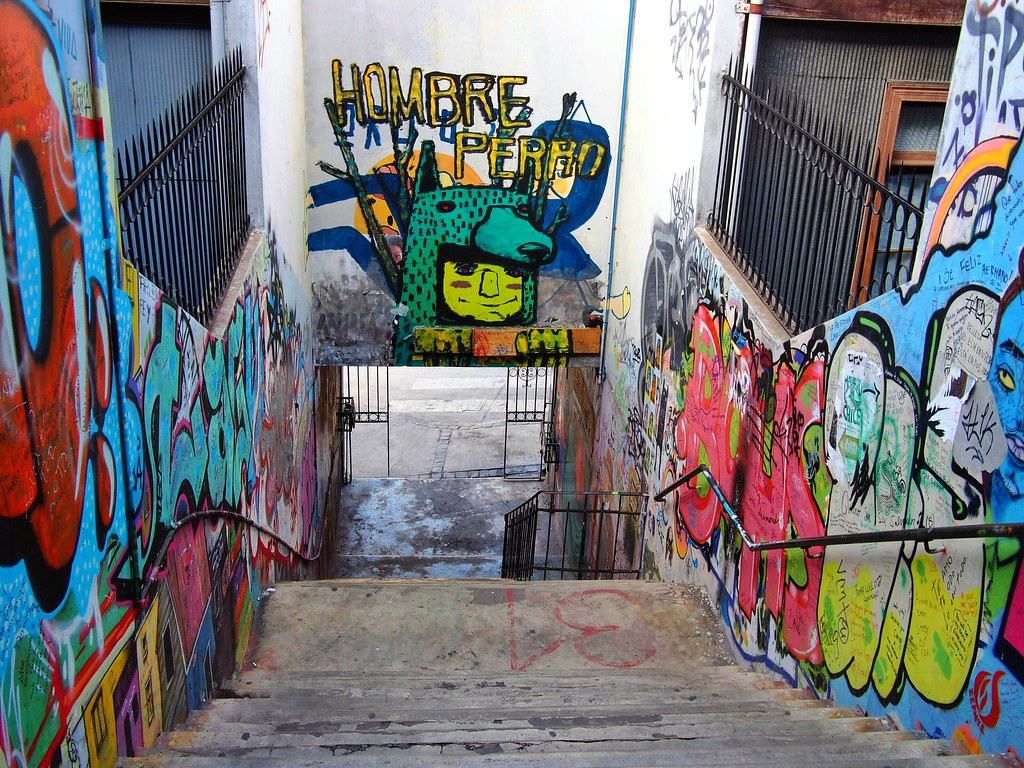 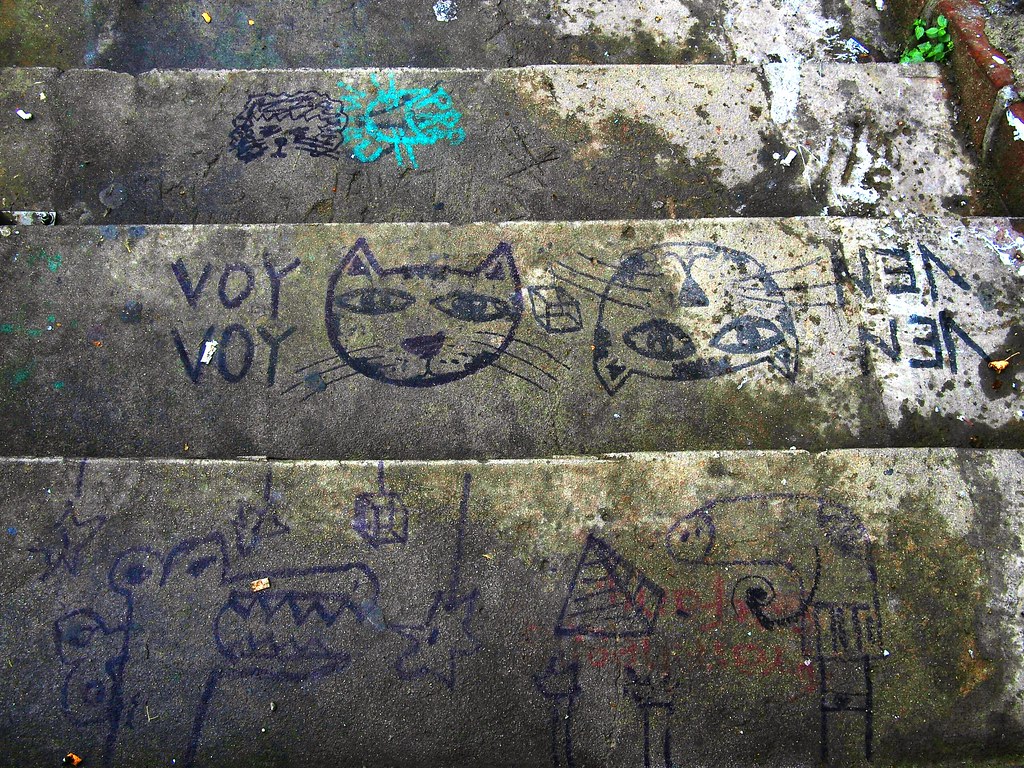 Or roofs are spared from urban artists. 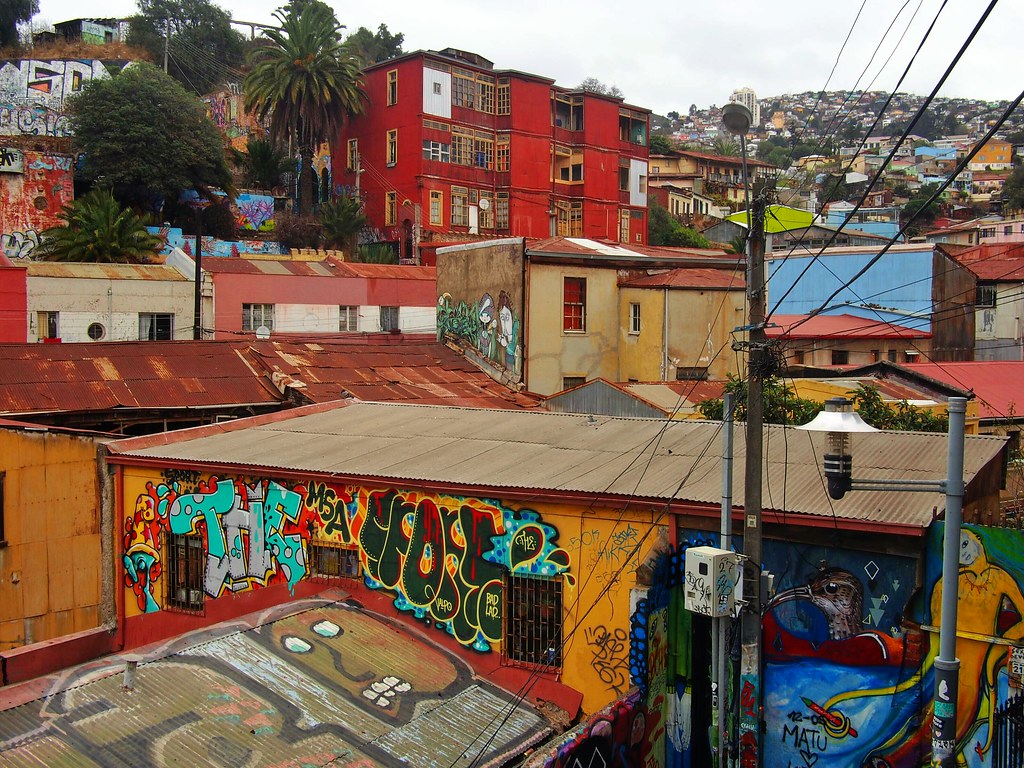 Each twist and turn of the city sees you stumble on something quirky and left of centre, from bike wheels. 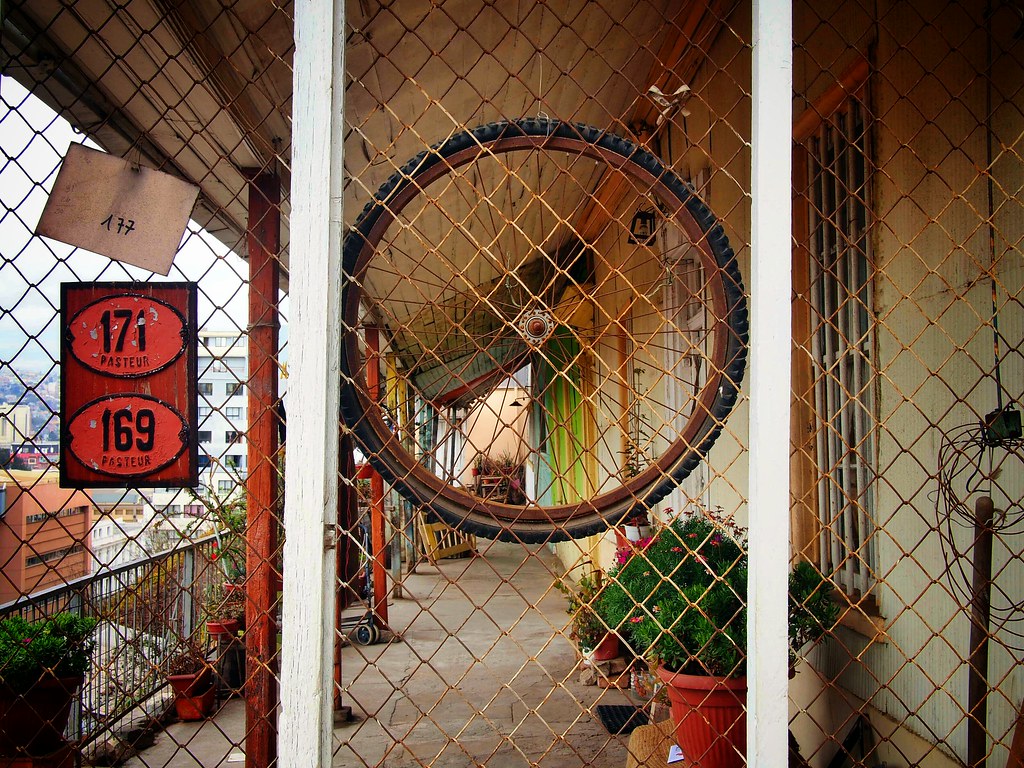 To photogenic and strategically placed chairs. 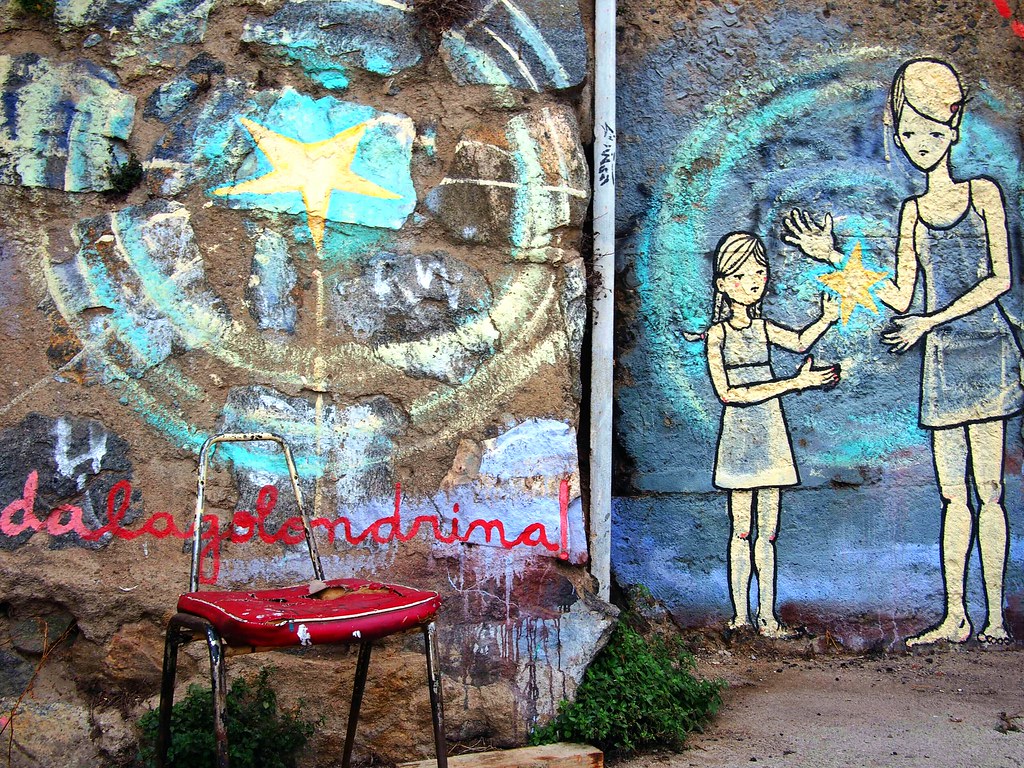 Artistic inspiration comes from every where, including the old masters like Van Gogh. 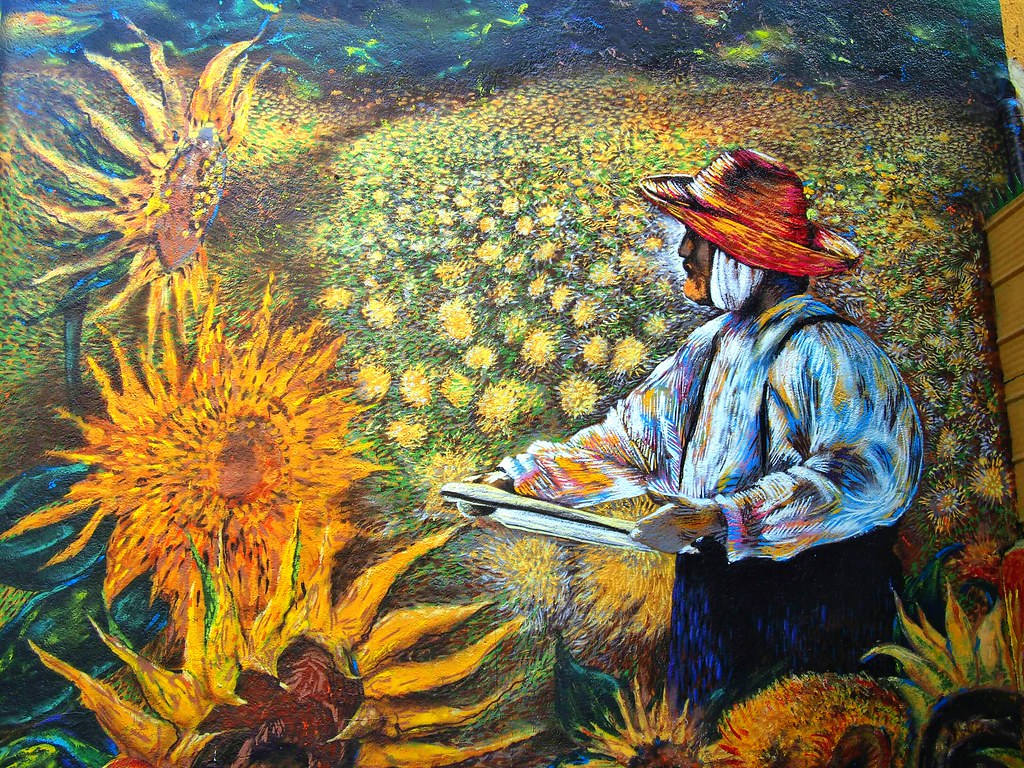 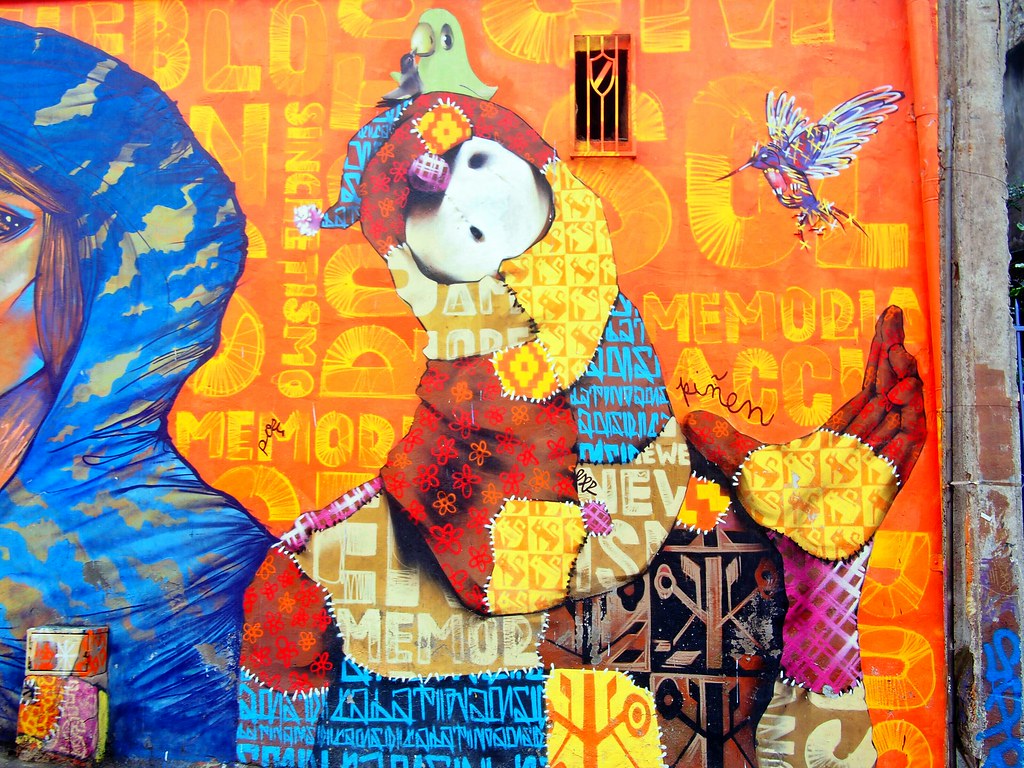 The Museo Cielo Abierto showcases 20 murals from the early 1990s through to the early 2000s. 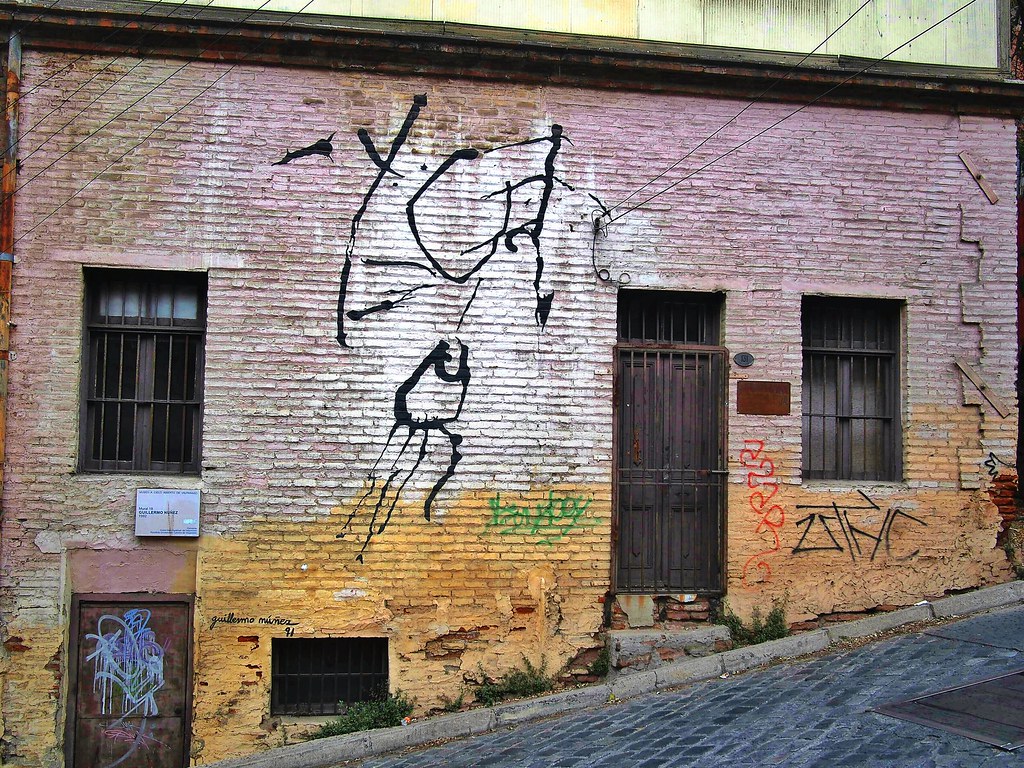 With the passage of time these masterpieces begin to flake and fade. Tags begin to appear as new artists mark their territory like dogs. 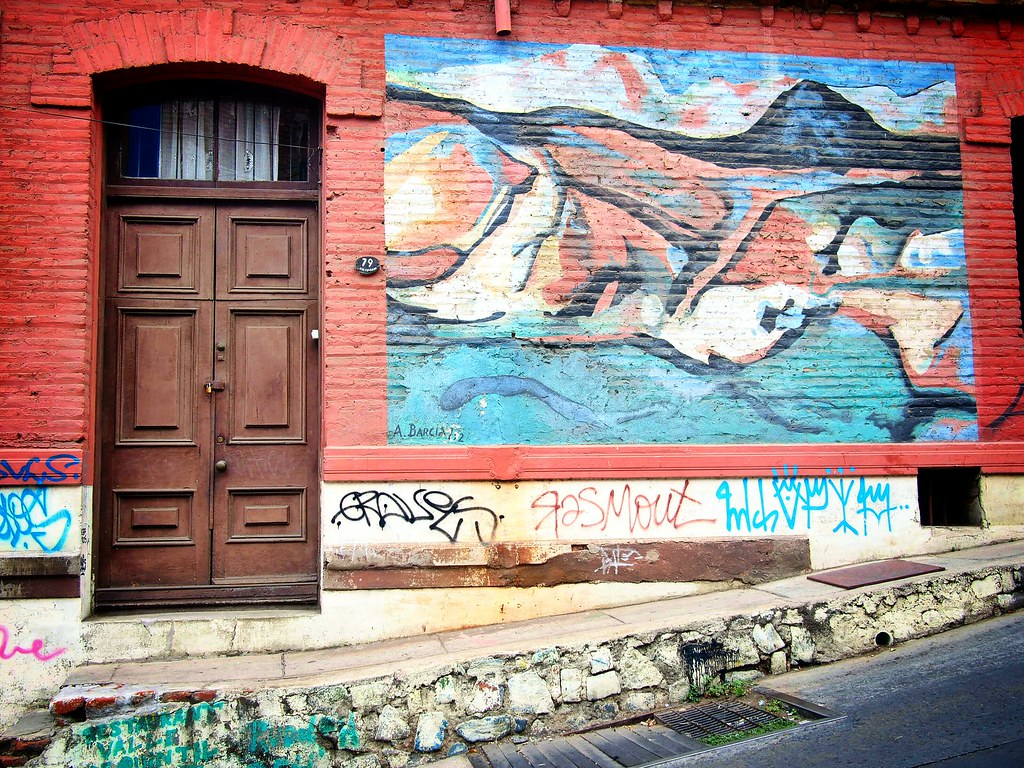 Returning to the streets modern pieces stand in stark contrast to these old styles as taste change. Derelict buildings tell of the affliction to the 9-5 job. 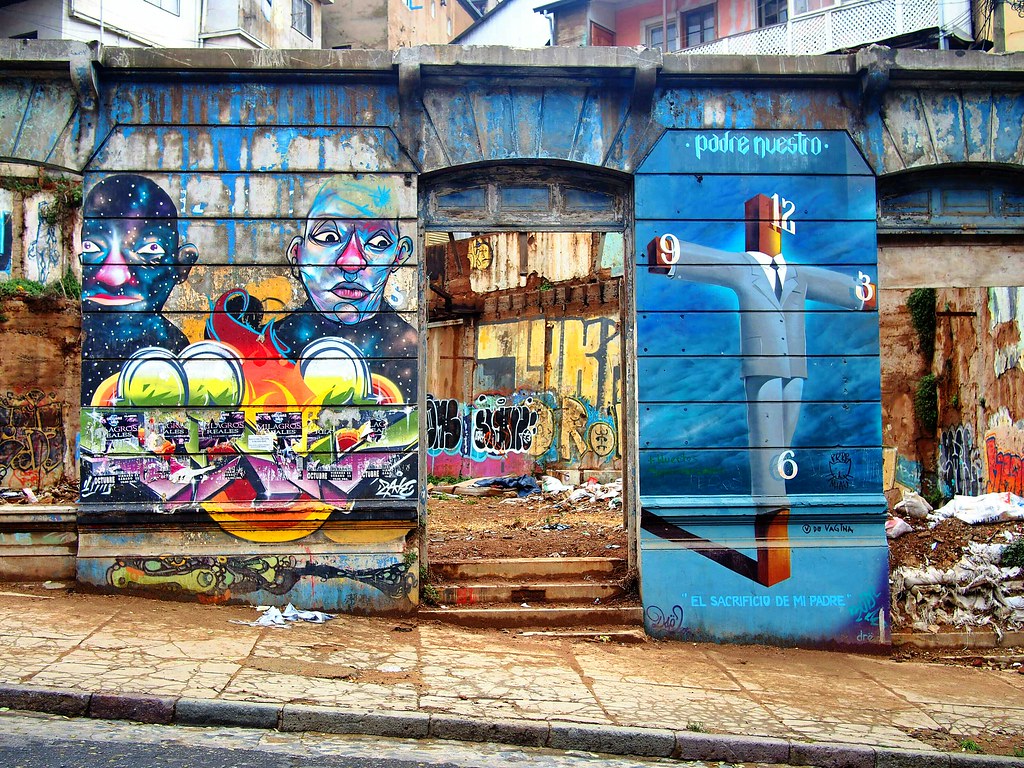 Others tell a more personal story, in this case the house owner’s journey by sea from Germany during the second world war. 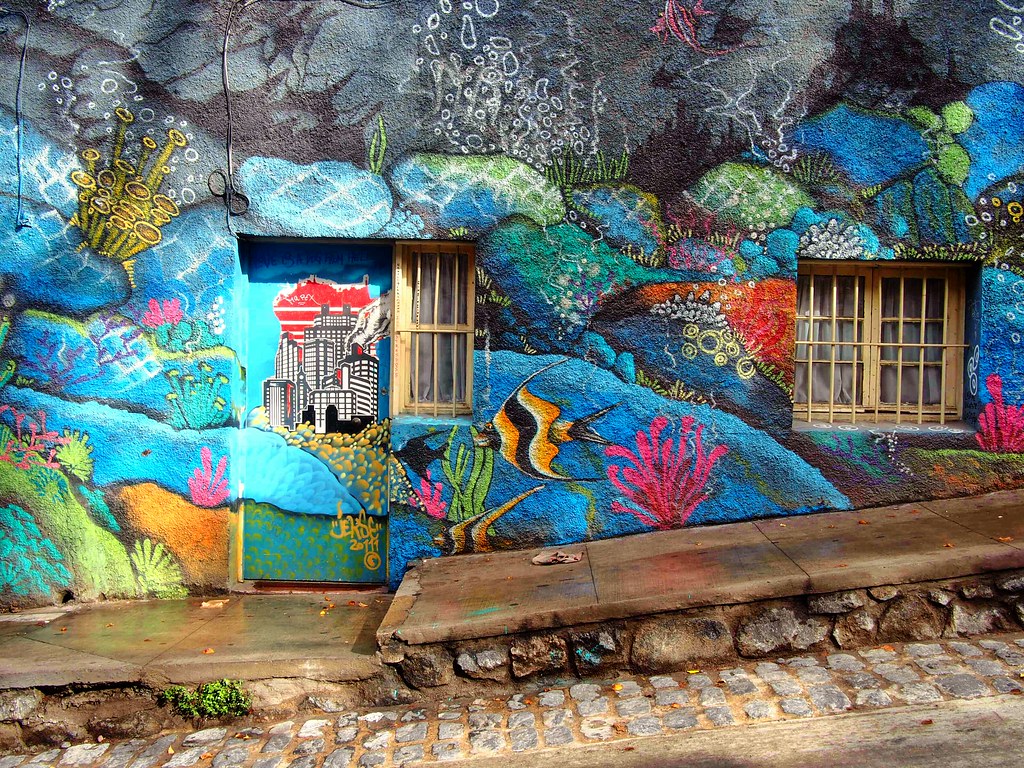 Some are flighty statements. 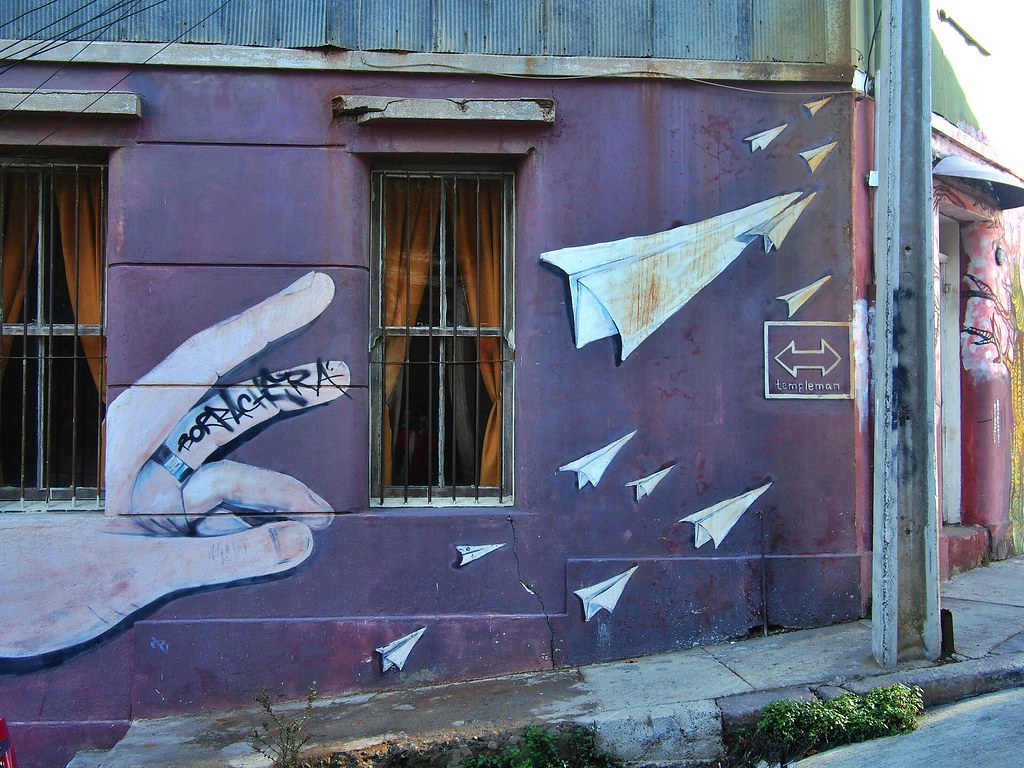 Some are a tongue in cheek pop at modern culture and social media. 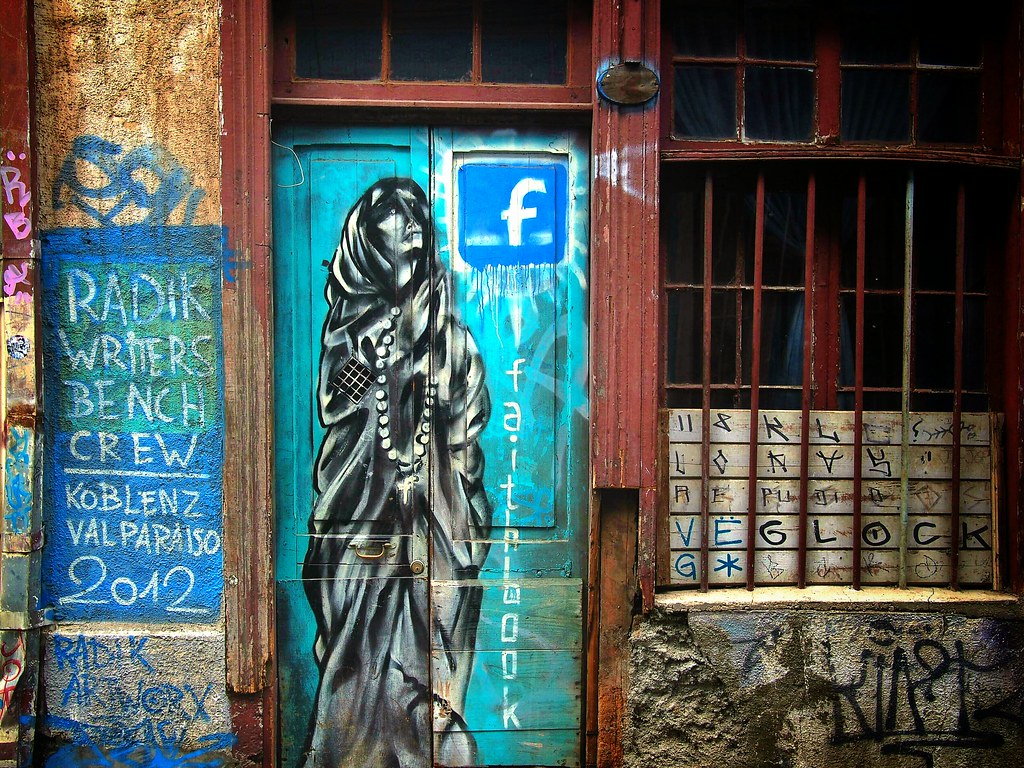 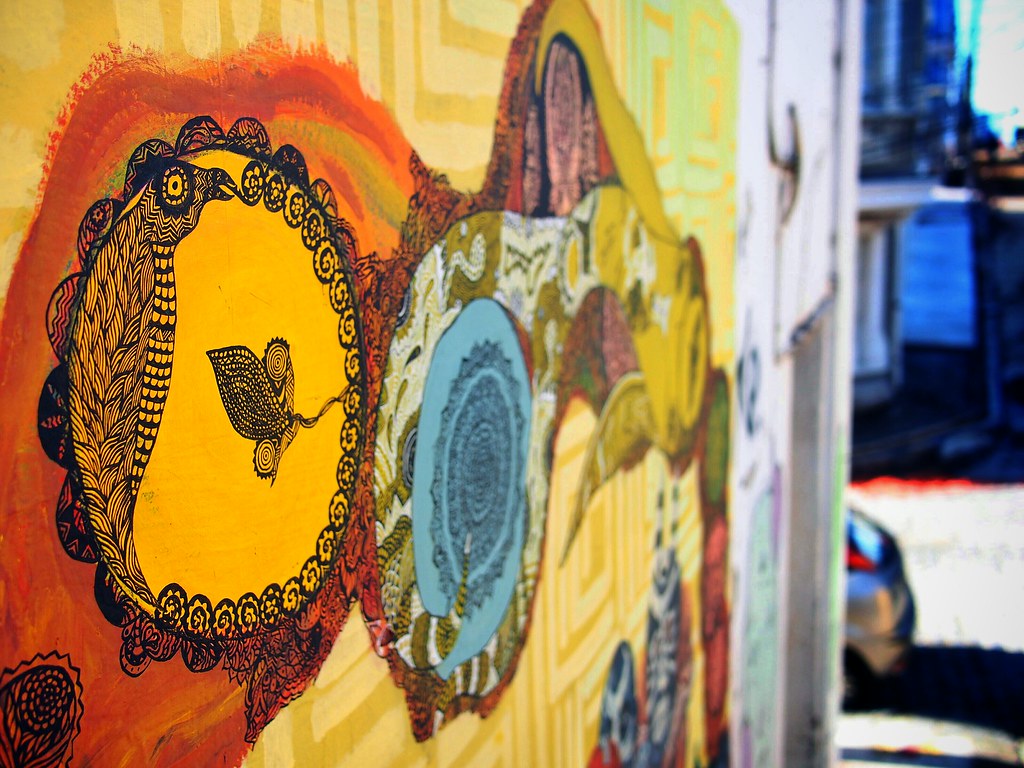 As do houses. Full frontal! 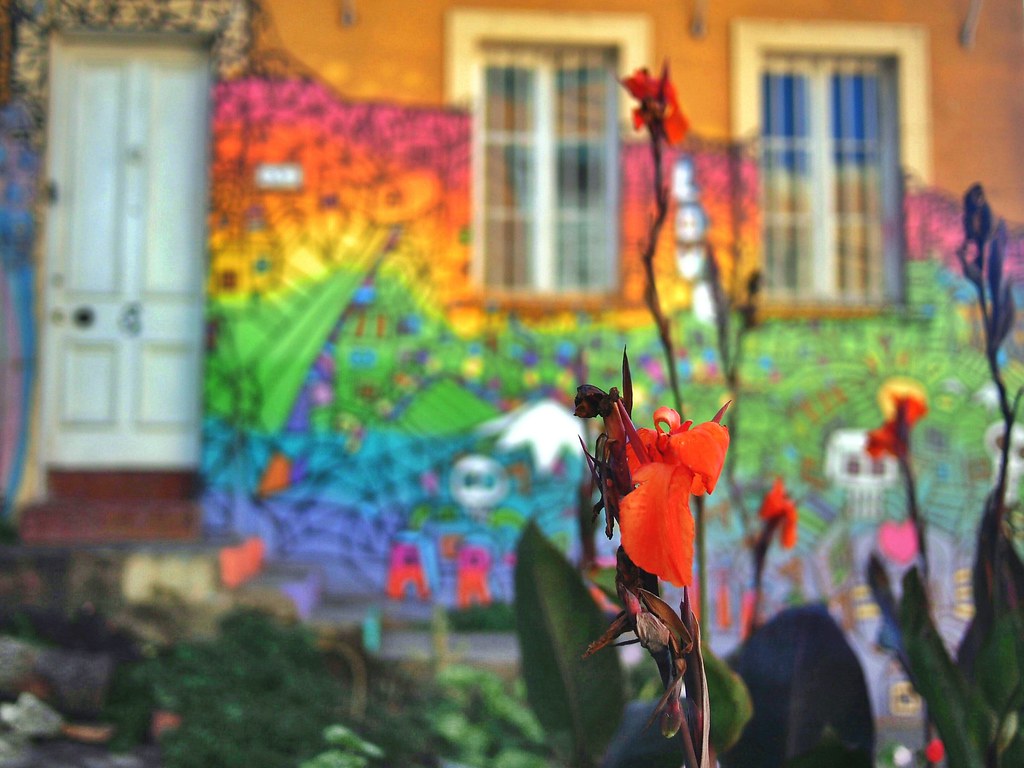 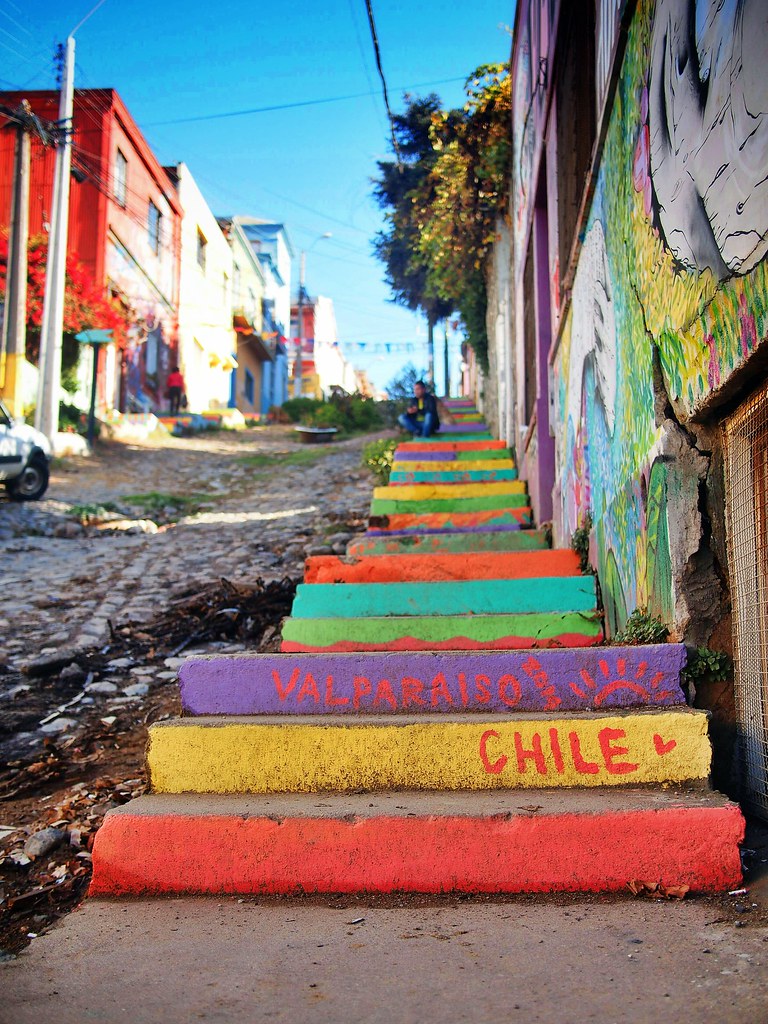