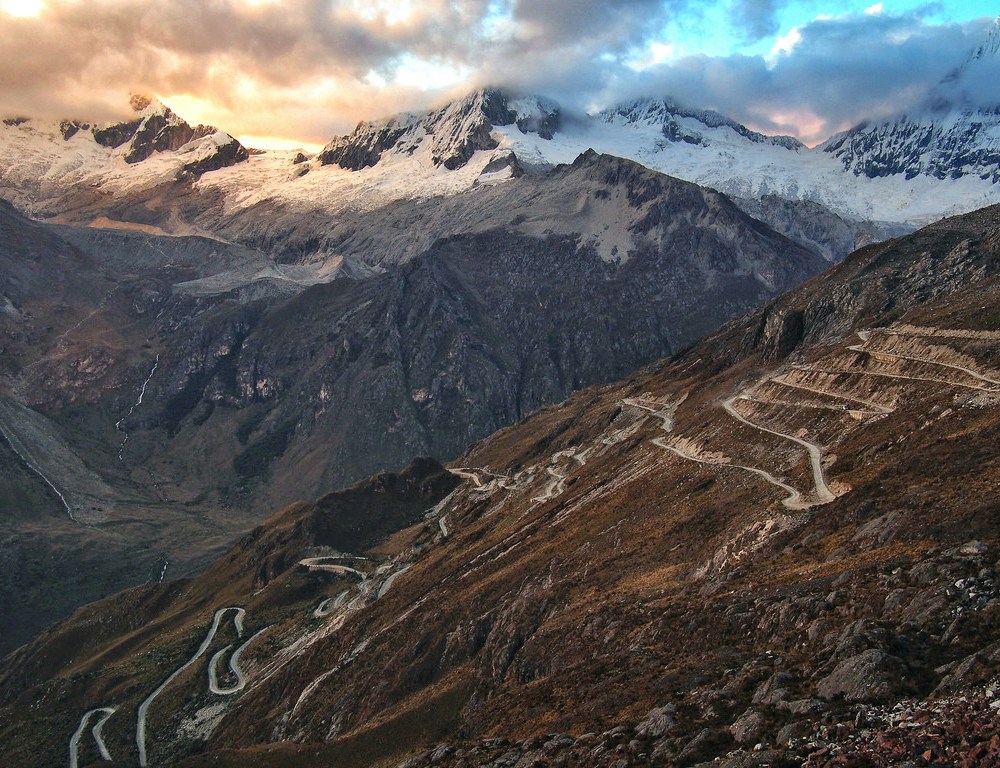 Just as things start feeling a bit too comfortable to contemplate moving, blue skies and clear views of Peru’s highest peak Nevado Huascaran offer a seemingly brief window of weather by which to lift us from our sugar induced comas.

As the months pass by, it seems the urge to lay even the shallowest roots in places like Huaraz conflict with the need to keep going on a bearing vaguely north. After a couple of shaky days we eventually uproot and head north toward the town of Carhuaz.

Dubiously dubbed the Triple Heart Bypass, a triple pass medley of Punta Olympica (4890m), Pupash (4050m) and Portachuelo de Llanganuco (4676m) sees us cross the Cordeillera Blanca looping our way back to a little over 10mks further north in the town of Yungay.

With some sadness I bid my farewell to hostal dog Scrappy Doo, playmate, nipper and all round endearing pup. 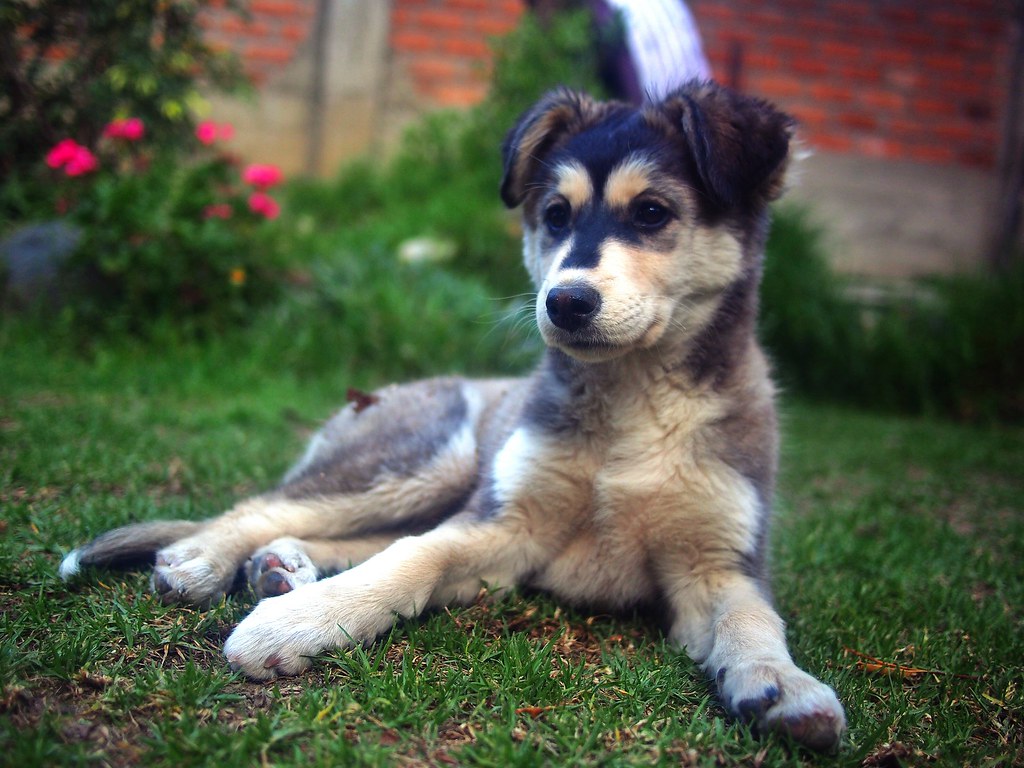 Weaving our way through the dug up streets of Carpo Barrio, the latest harvest is sifted. After a round of photos, my parting gesture to the ladies has us all in fits of laughter. Hermosa, muy muy hermosa. 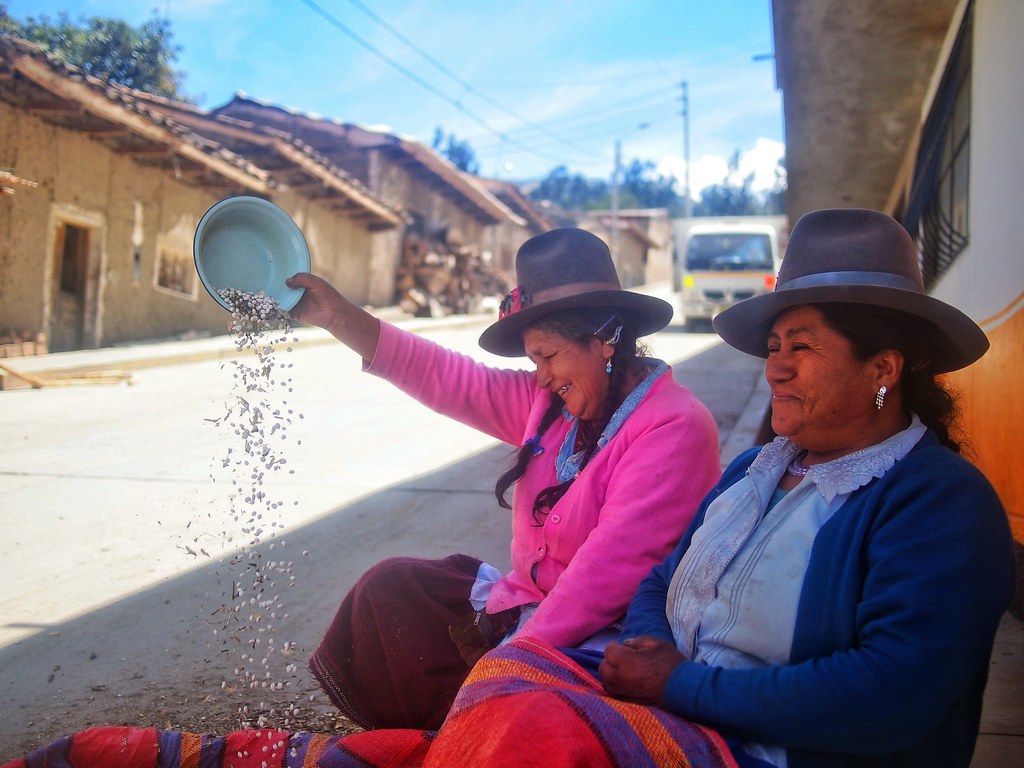 Finding the merest sliver of dirt, we weave through a handful of small villages before being spat on to tarmac. Nevado Huascaran looming large over the local villages at its base. 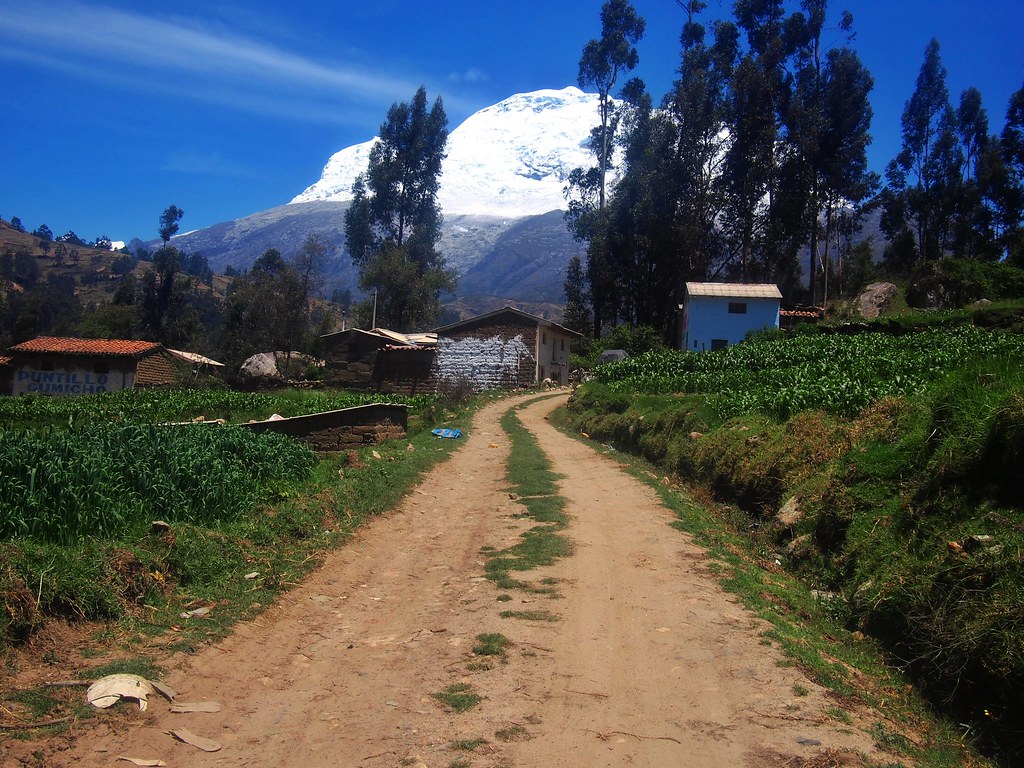 Climbing quickly on tarmac we enter the Huascaran National Park with jaw dropping views out to snow capped mountains. A ribbon of tarmac taking us quickly to the base of Punta Olympica and an alpine amount of switchbacks taking us ever upward. 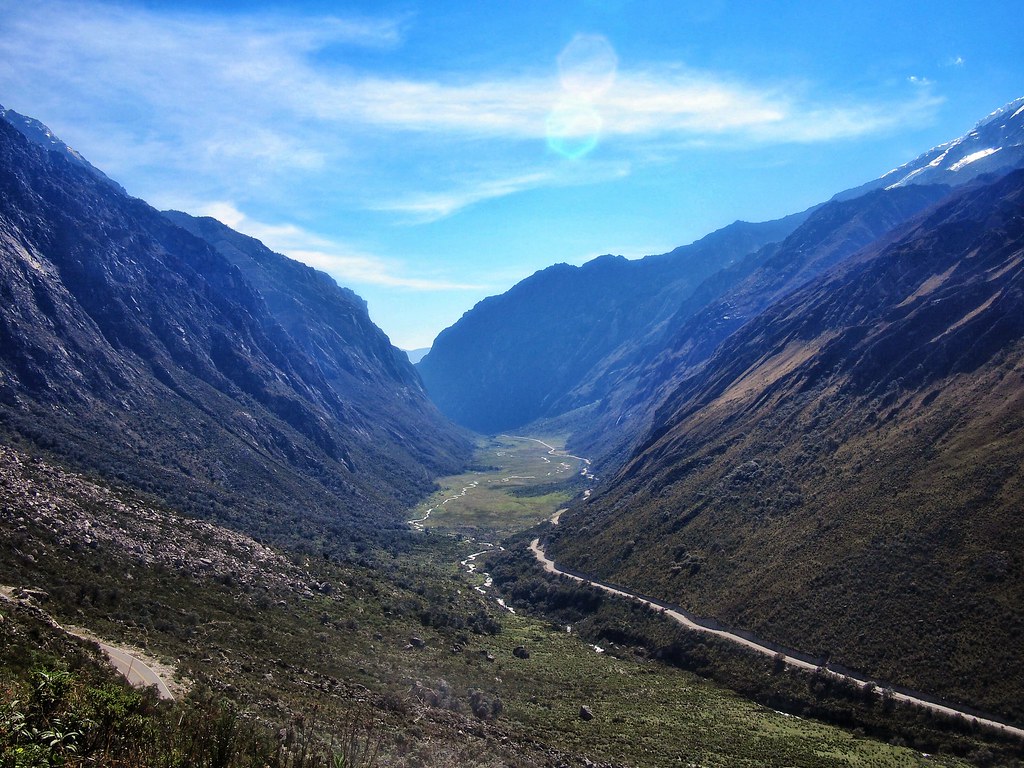 As we climb upward views across the Cordeillera Blanca open up. Chopicalqui in the distance. 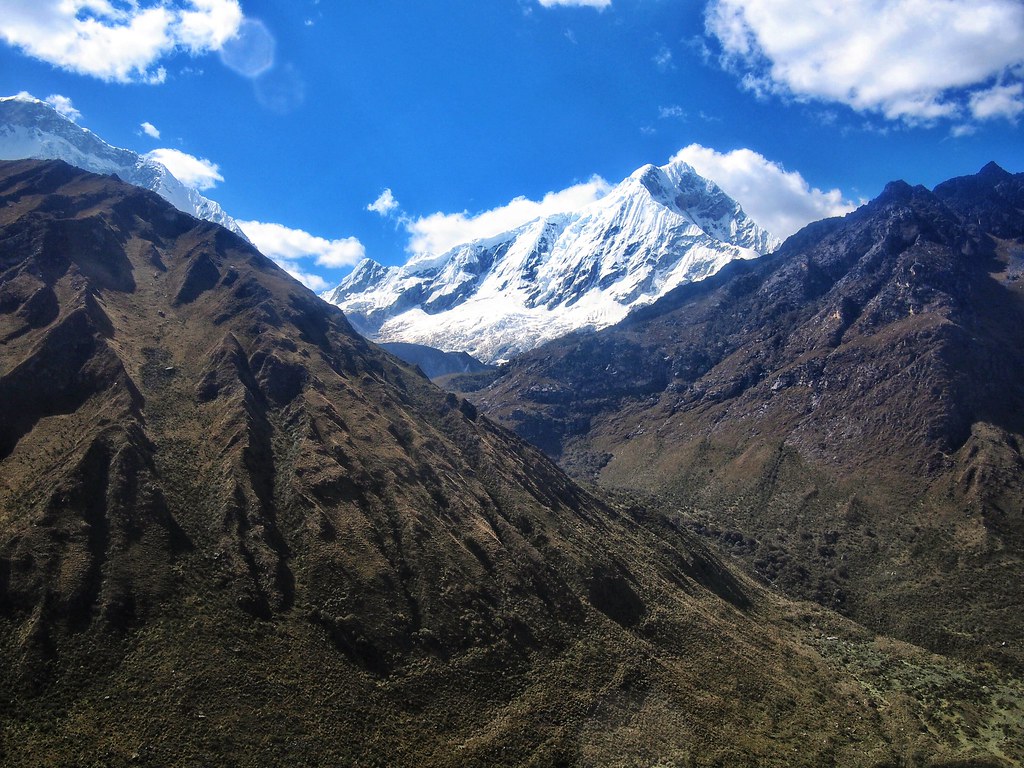 Taking us closer and closer to vast glaciers, creaking and groaning in the late afternoon sun. 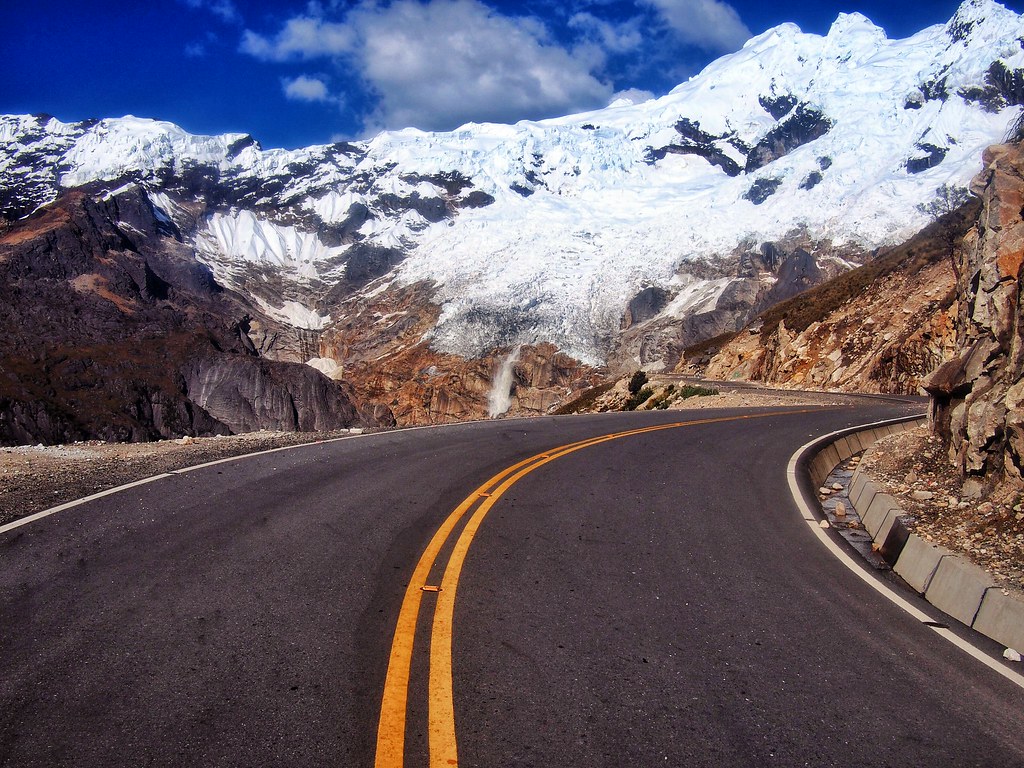 As we reach the tunnel at the top of the new pass, we take the old dirt road over Punta Olympica proper. Snow patches linger before we drop down to camp on a glacial moraine overlooking a vivid blue glacial lake. 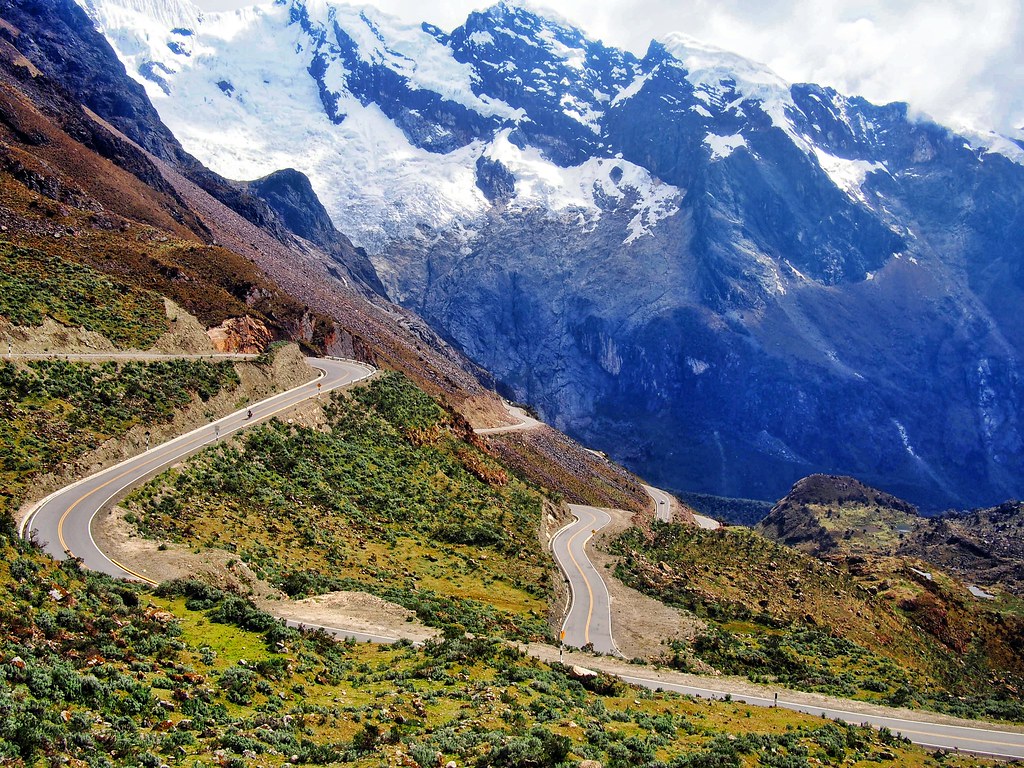 By morning we descend the other side of the pass down to Chacas, famous for its Andean Andalusian architecture. Narrow streets and intricate wood carvings courteousy of Italian trained craftsmen in the Don Bosco church, synonomous throughout much of the Cordeillera. 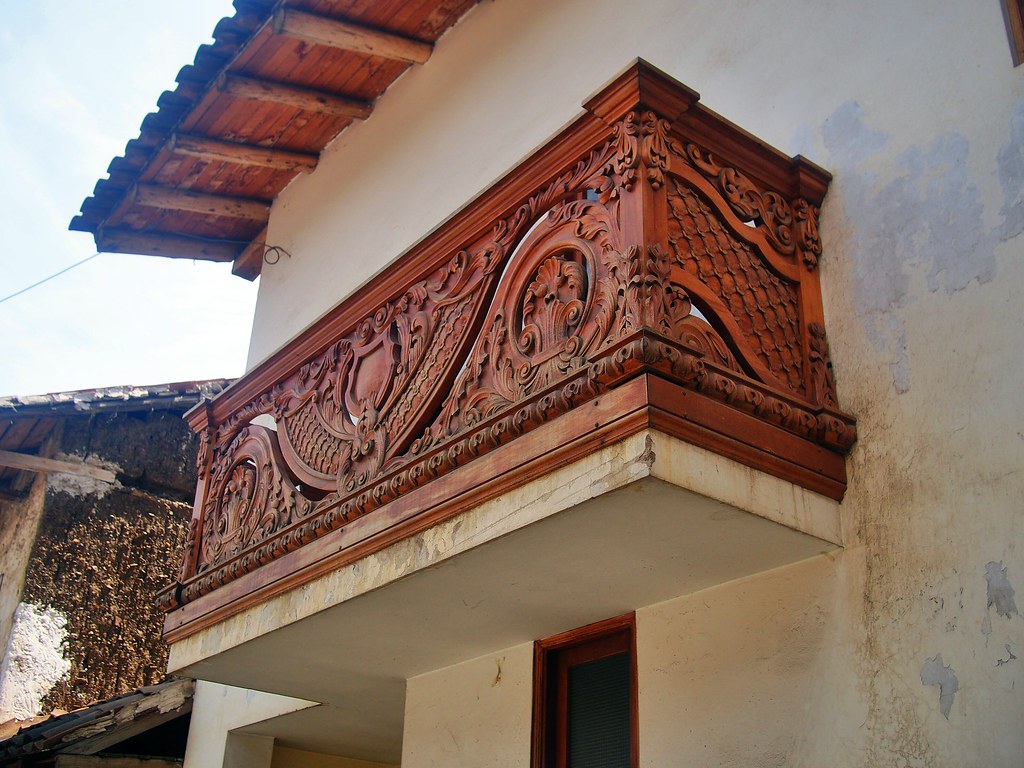 Dropping further and further down the warm afternoon temperatures becomes too much and we sit by the river waiting for temperatures to drop, climbing in to the coolness of the early evening toward to Yanama. 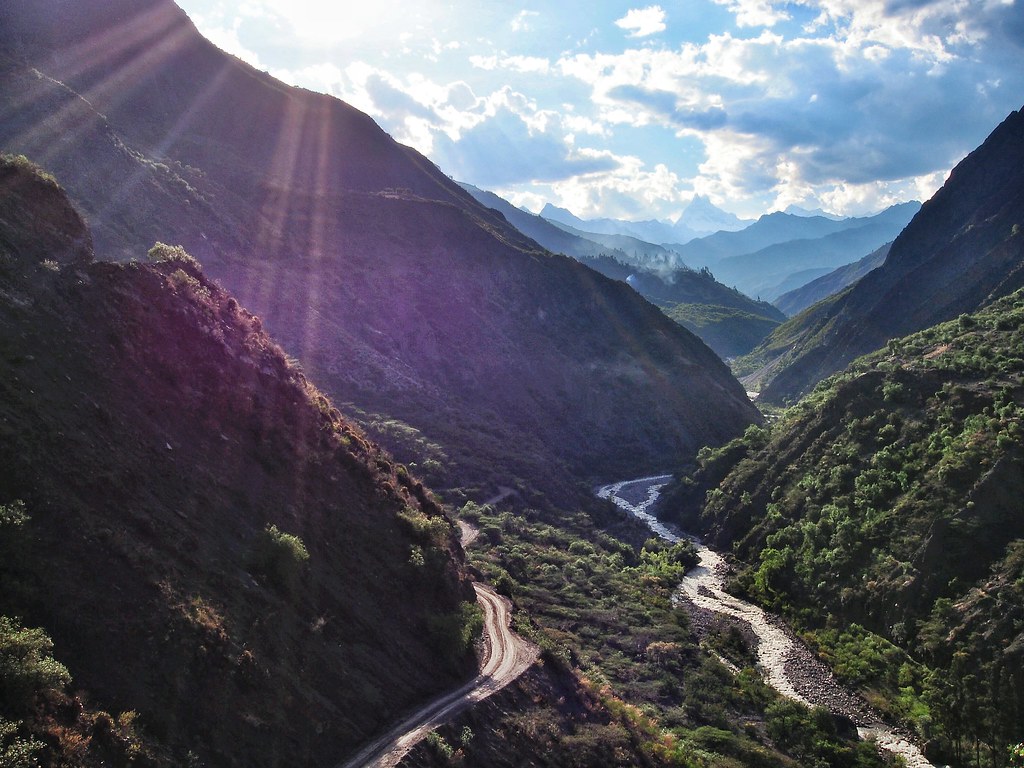 As we continue climbing in the following afternoon, the mountains are concealed under clouds, as rain showers pass. 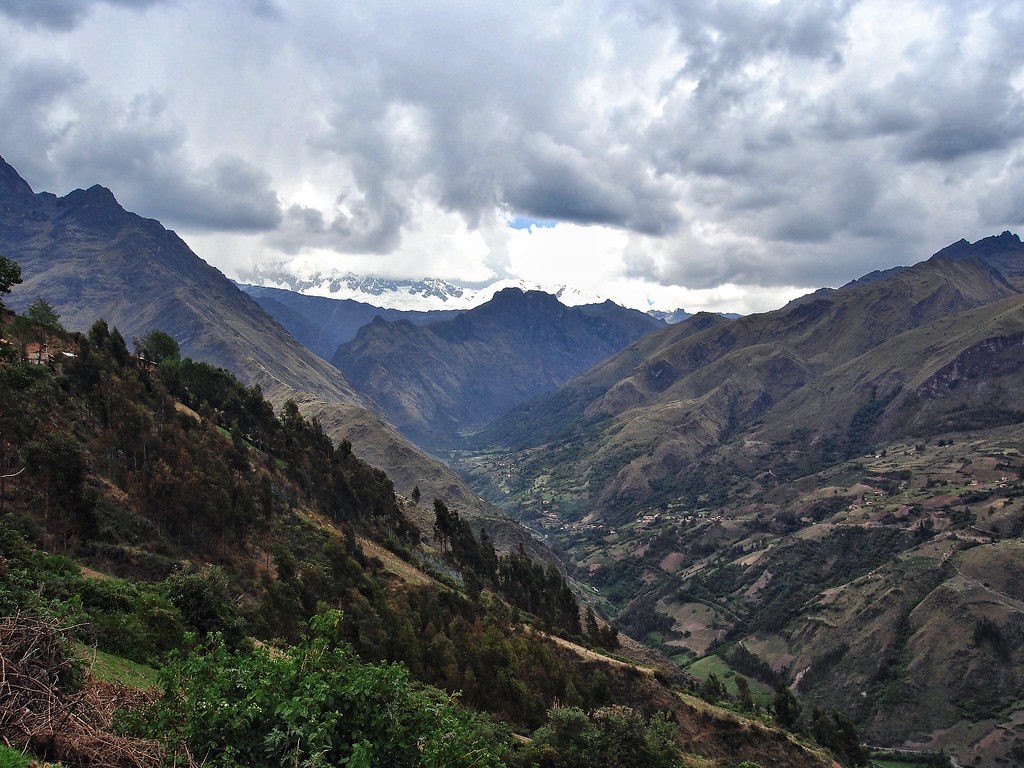 Climbing out of Pupash the clouds once again lift. As we winch out way to the square cut nick of the Portchuelo high above. 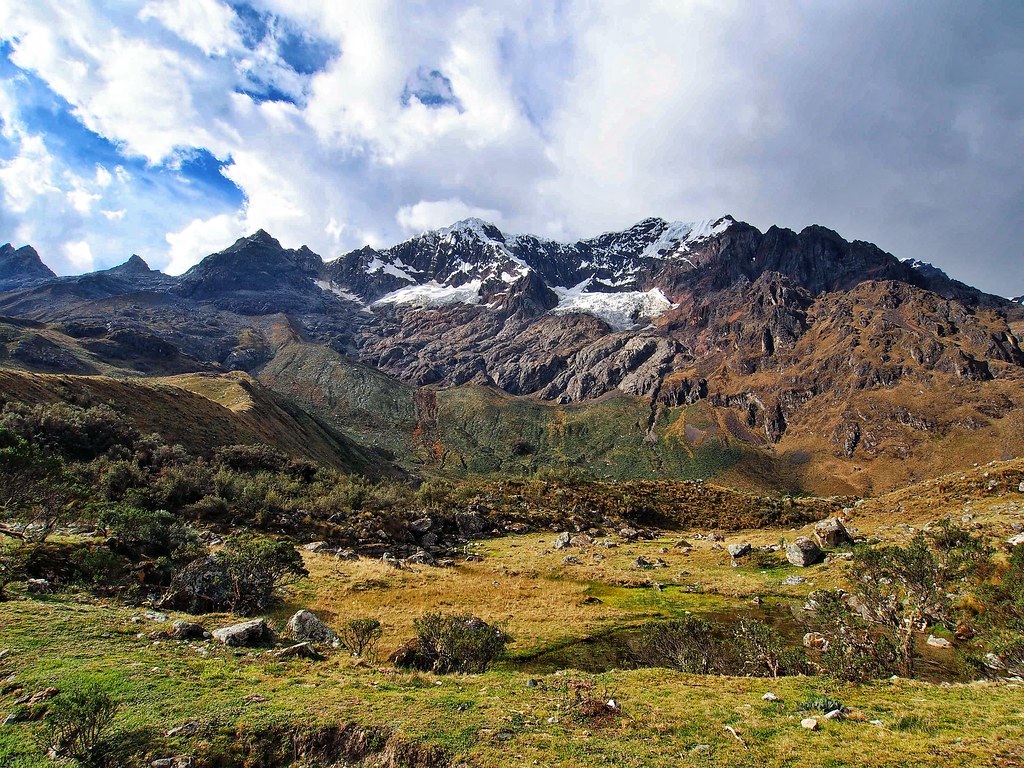 As the light begins to drop, glaciers begin to look dark and oppresive. 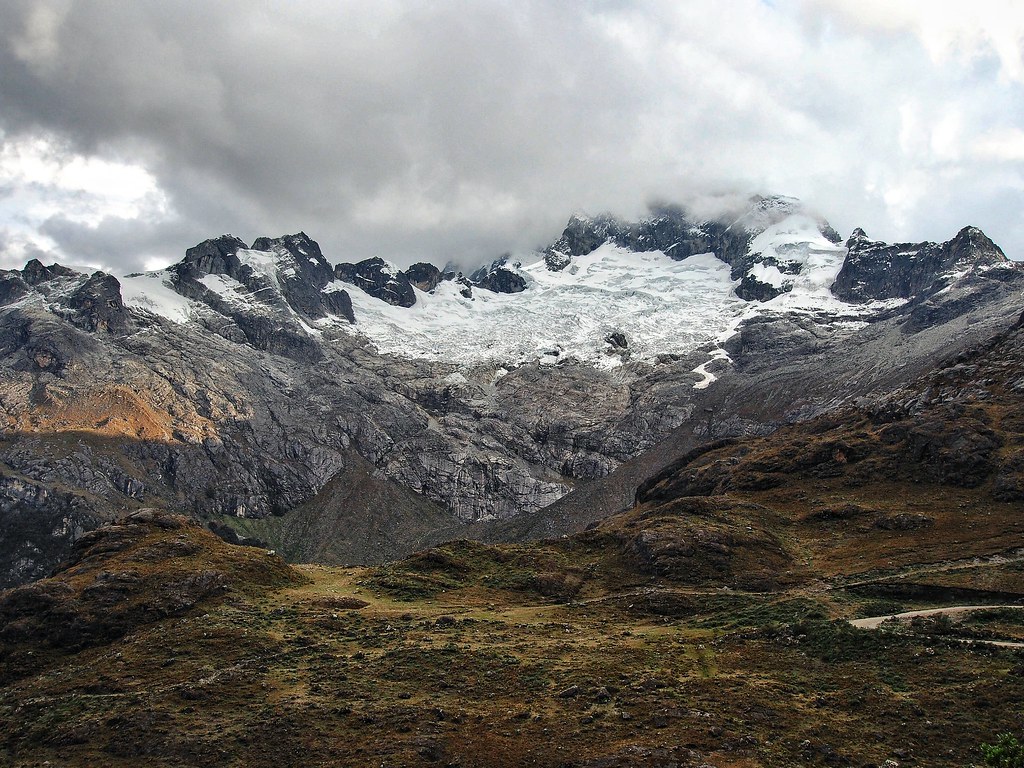 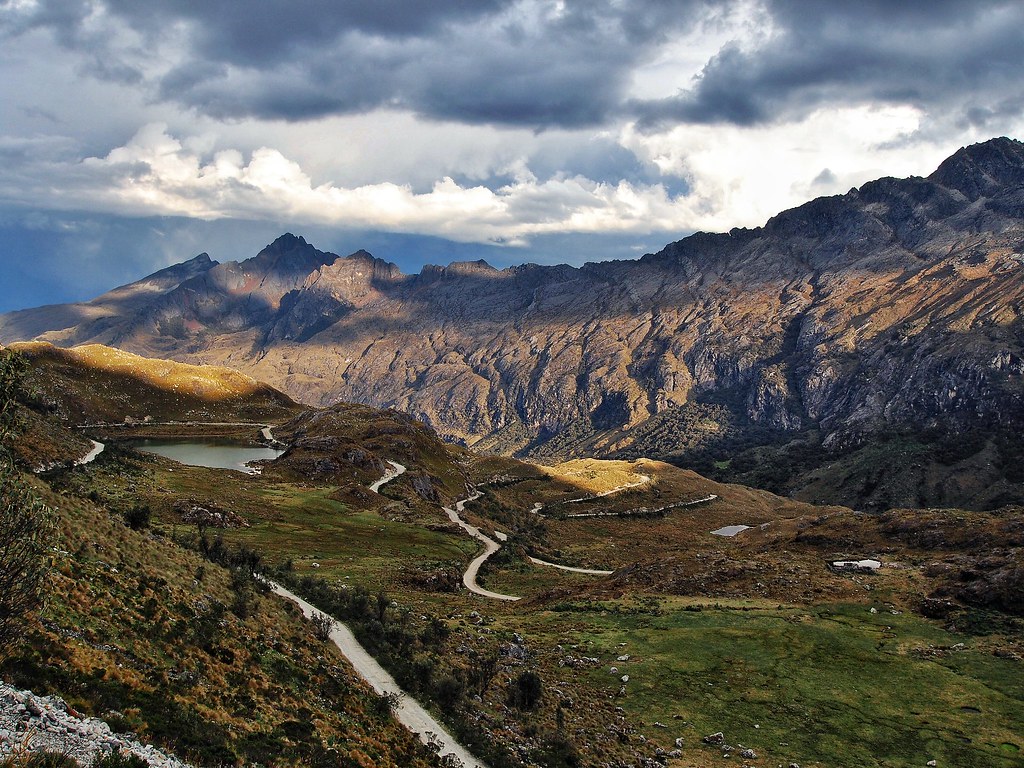 We hit the top of the pass as the sun sets, Flo looking out to Yanaphaqcha and the Llanganuco valley. 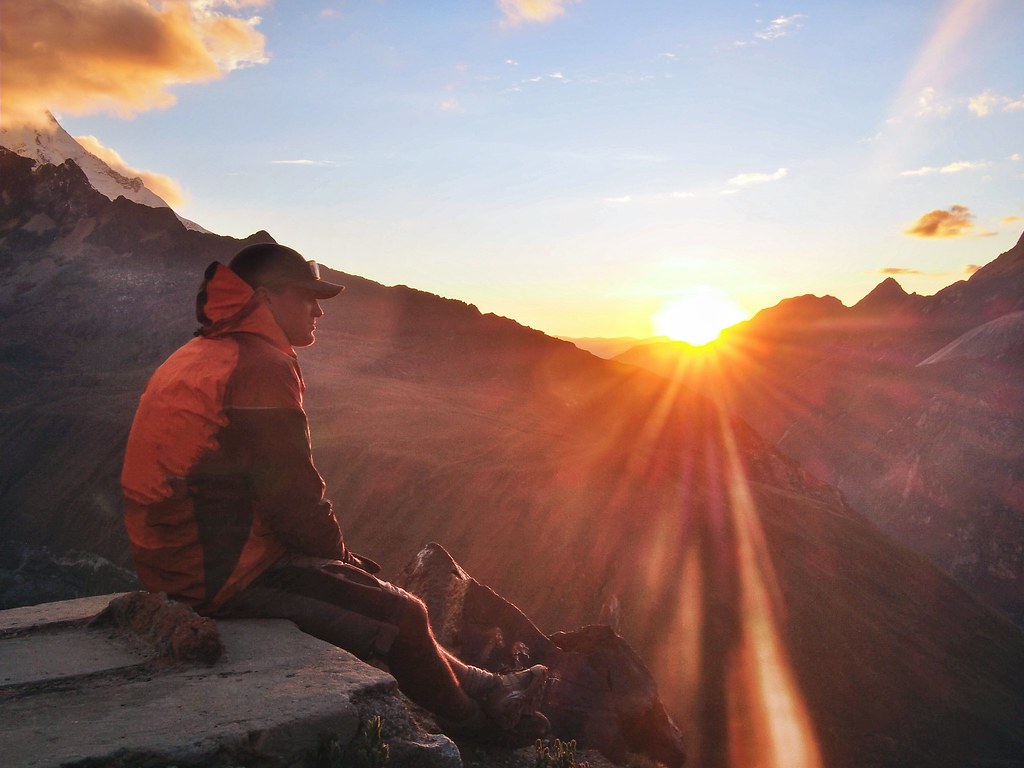 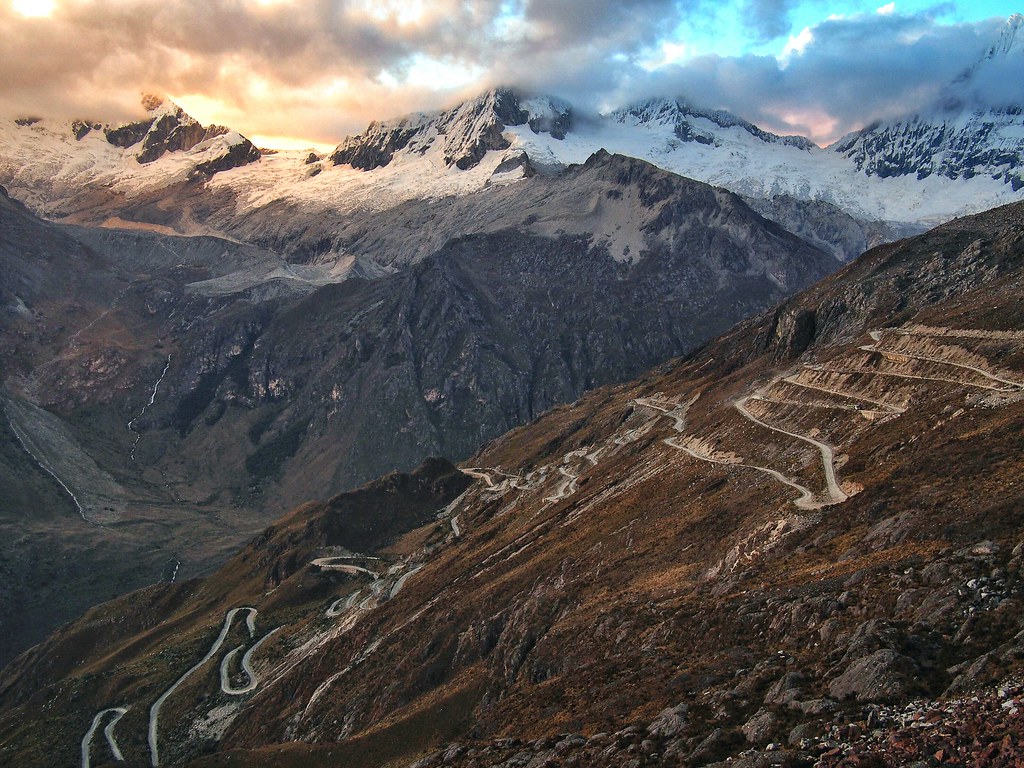 We linger at the top of the pass watching as the sun sets behind the mountains. Yanaphaqcha batched in light. 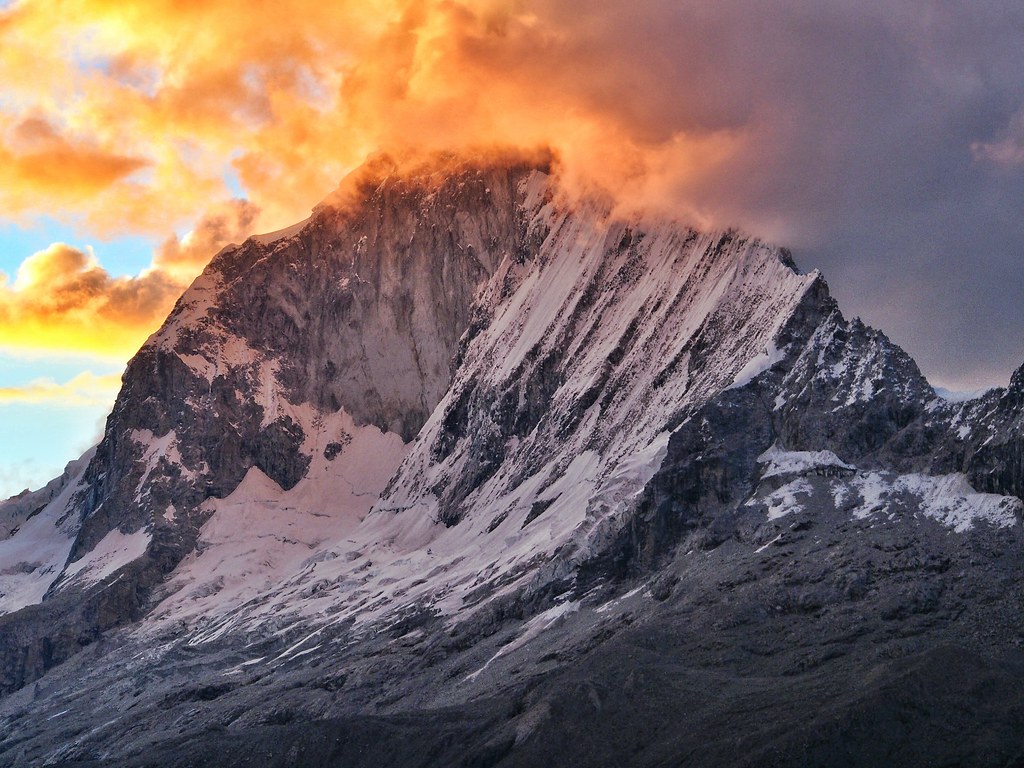 Riding down in the dark we find our camp site spotted from on high. Chopicalqui detail set off in the clear morning light. 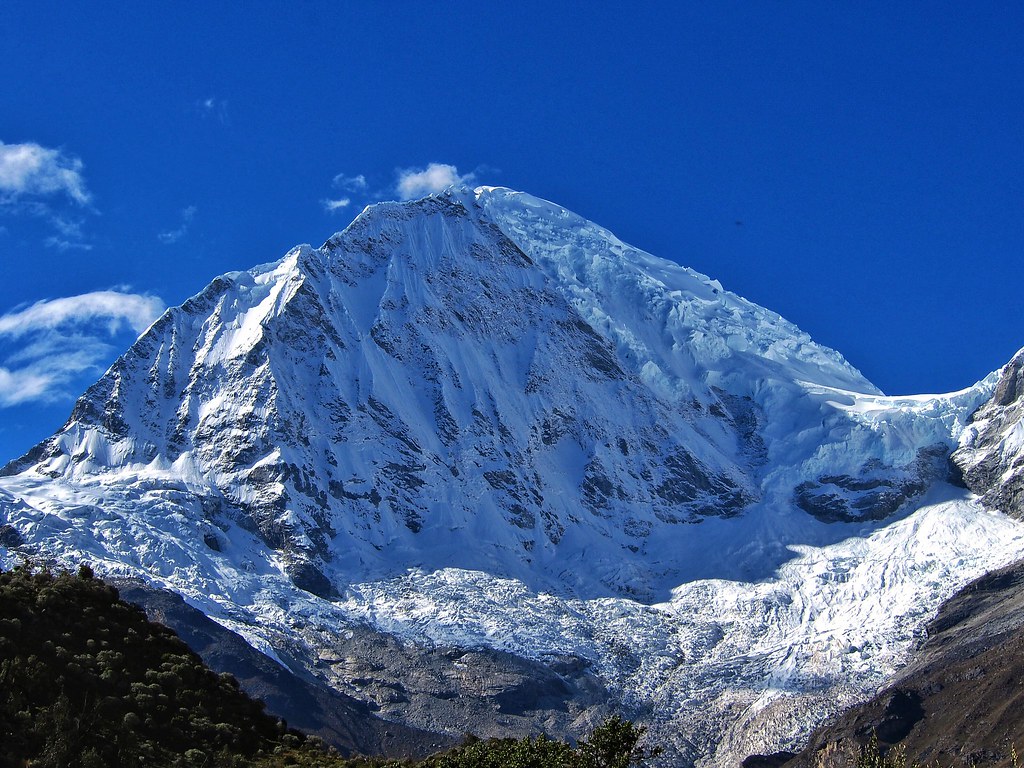 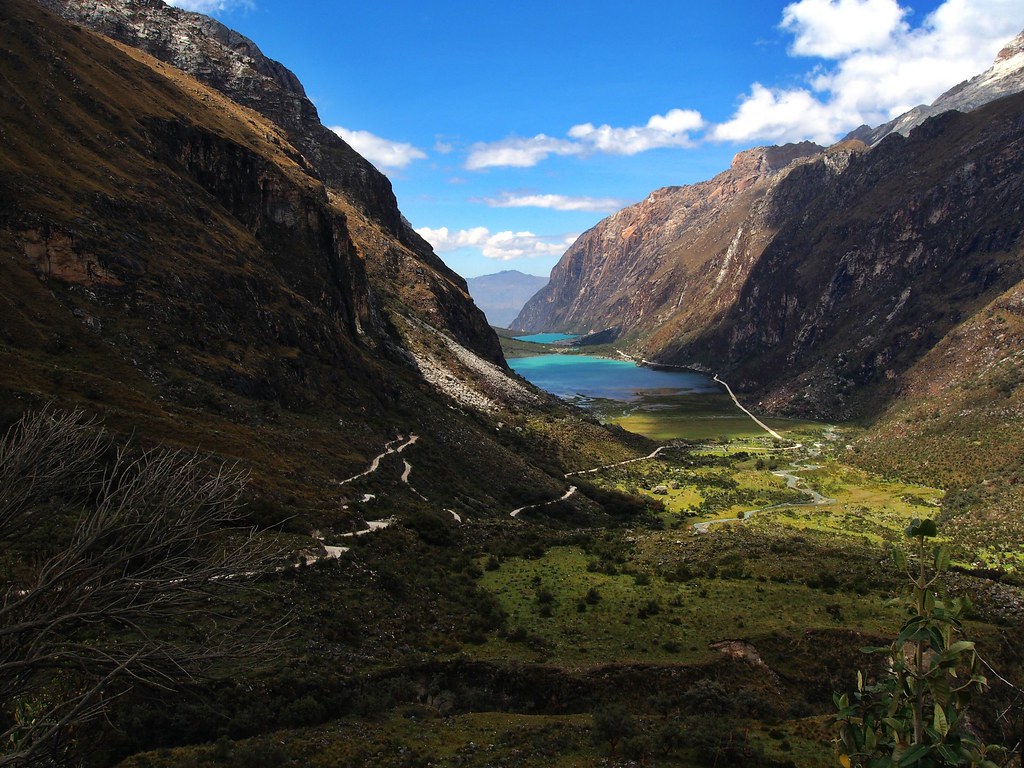 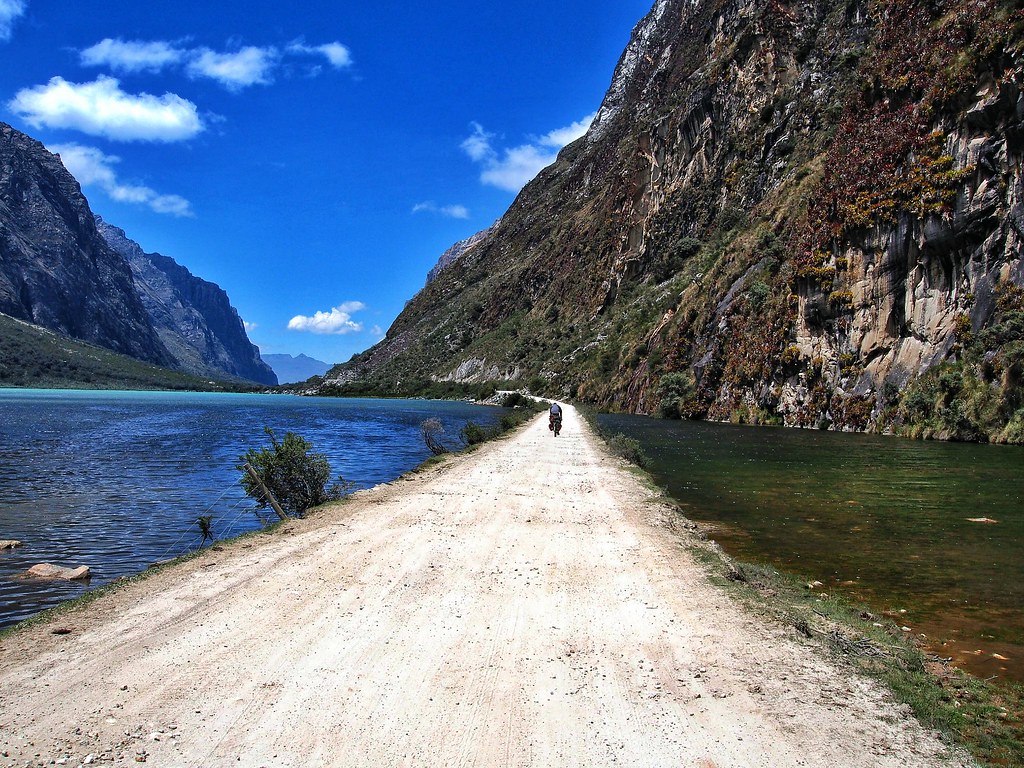 The loop makes for a spectacular three and a half riding with high alpine views. Weighing in with some hefty days climbing, make sure you bring your climbing legs.