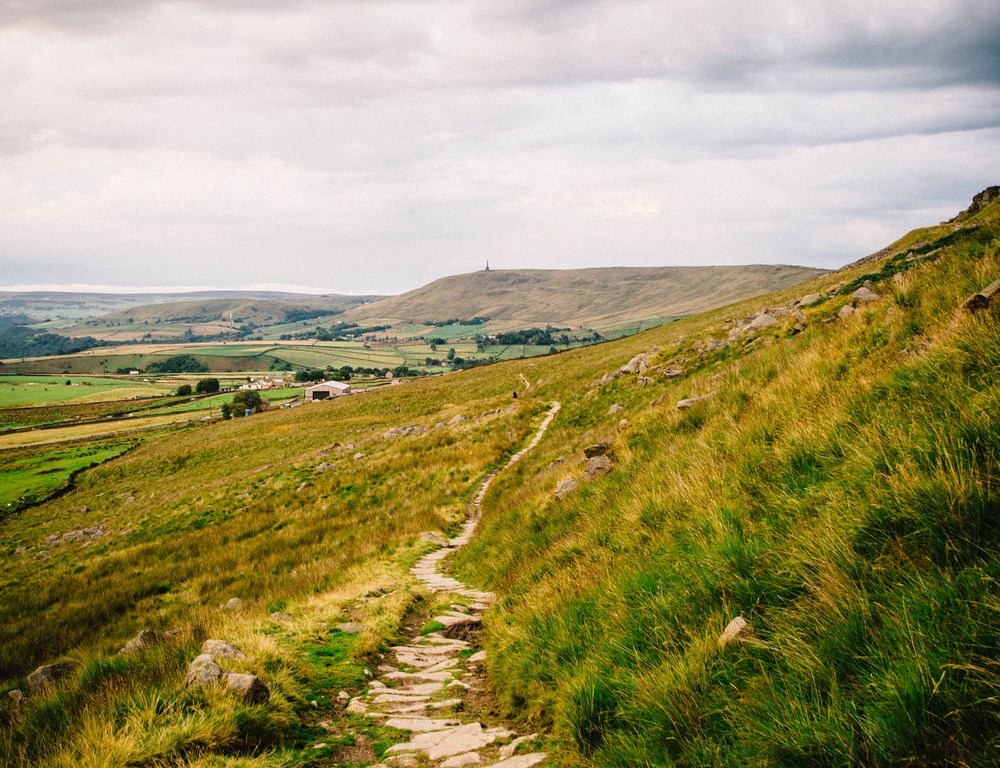 Nestled between the northern cities of Manchester and Sheffield, the Peak District National Park provides a natural playground to its neighbouring urban settlements. One of the first national parks created in the UK, the park spans over five counties making it one of the UK’s most visited and indeed most accessible national parks in the British Isles.

Often referred to as the Dark and White Peak, it is a place of contrasting personalities. The southern reaches of the park, the White Peak gives a gentle nod to it’s limestone geology. Gentle, rolling hills are characterised by limestone dales, lush green verdant valleys, broad oak trees. Whilst heading further north, the Dark Peak offers steep valleys, wide open and seemingly endless heather moorland, gloopy bogs and the many impressive gritstone crags by which I have come to so fondly know this area.

Over two weekends, I reacquaint myself with the national park and uncover a veritable feast of riding away from the lofty gritstone crags and tourist honeypots. Merely scratching the surface at the varied and plentiful riding on offer, I rove from valley to valley through idyllic villages, passing quaint stone cottages. The rich history of the area providing a nostalgic feel as I weave together historic mill towns, stately homes, and the extravagant and idiosyncratic follies the victorians so used to flaunt their wealth.

The Pennine Bridleway, a long distance route connecting the Pennines’ ancient packhorse routes, drovers roads and newly created bridleways becomes the thread by which to weave these two individual rides together.

Late in August, Rob and I meet at Manchester Piccadily train station and navigate our way through busy Friday crowds. Taking a series of trains we catch up on happenings in our lives, squeezing in a couple of pints in between connecting trains. Arriving late in Cromford, we stuff ourselves full of fish and chips and ride off in to the muggy evening, an hours ride in the dark offers us at the perfect place to rest our heads close to Middleton Top and the start of the Pennine Bridleway.

Waking early we hit the High Peak Trail, following the line of the former Cromford and High Peak railway, it makes for a gentle introduction to the days riding. 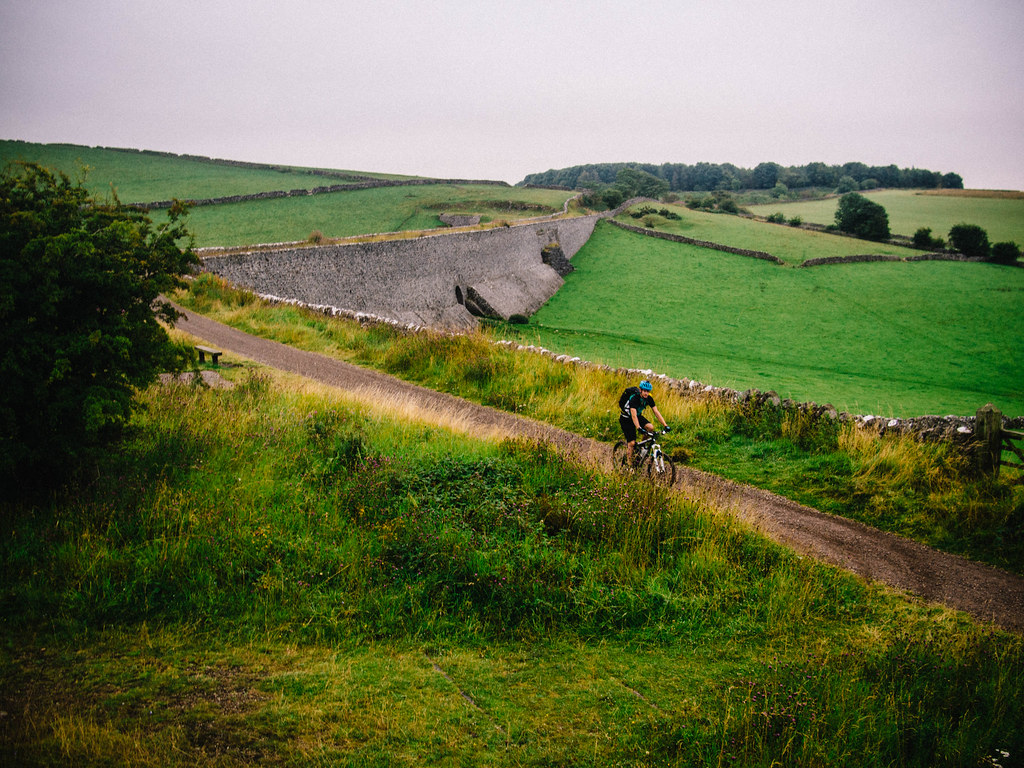 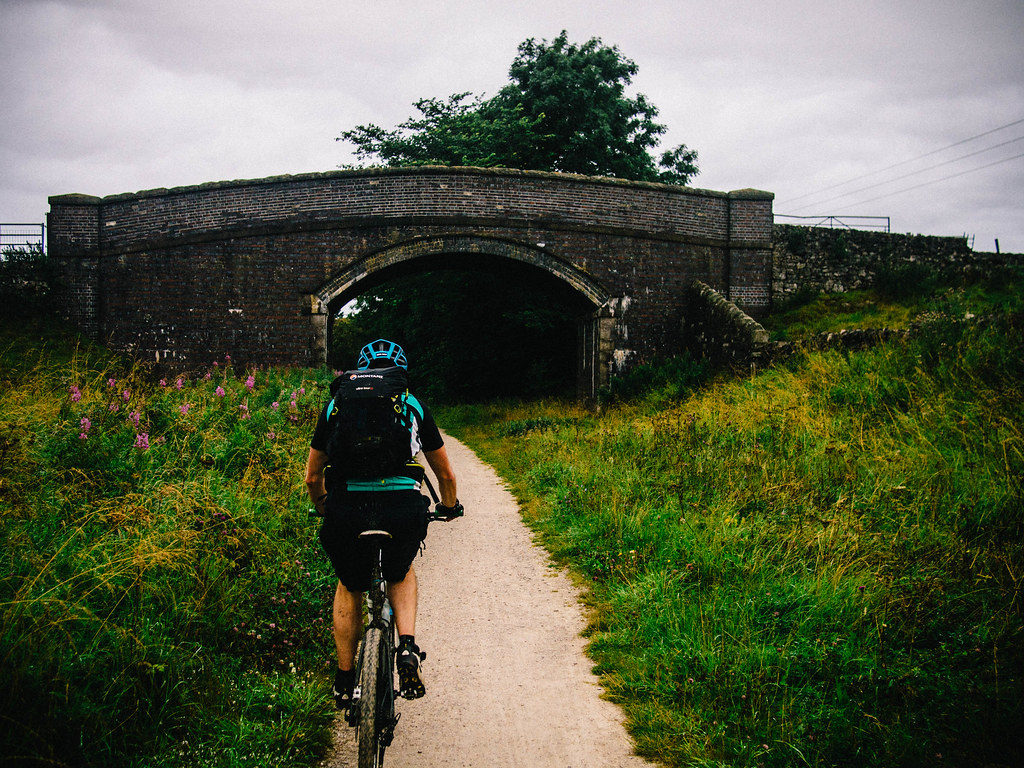 Patches of early morning mist hang in the valleys. 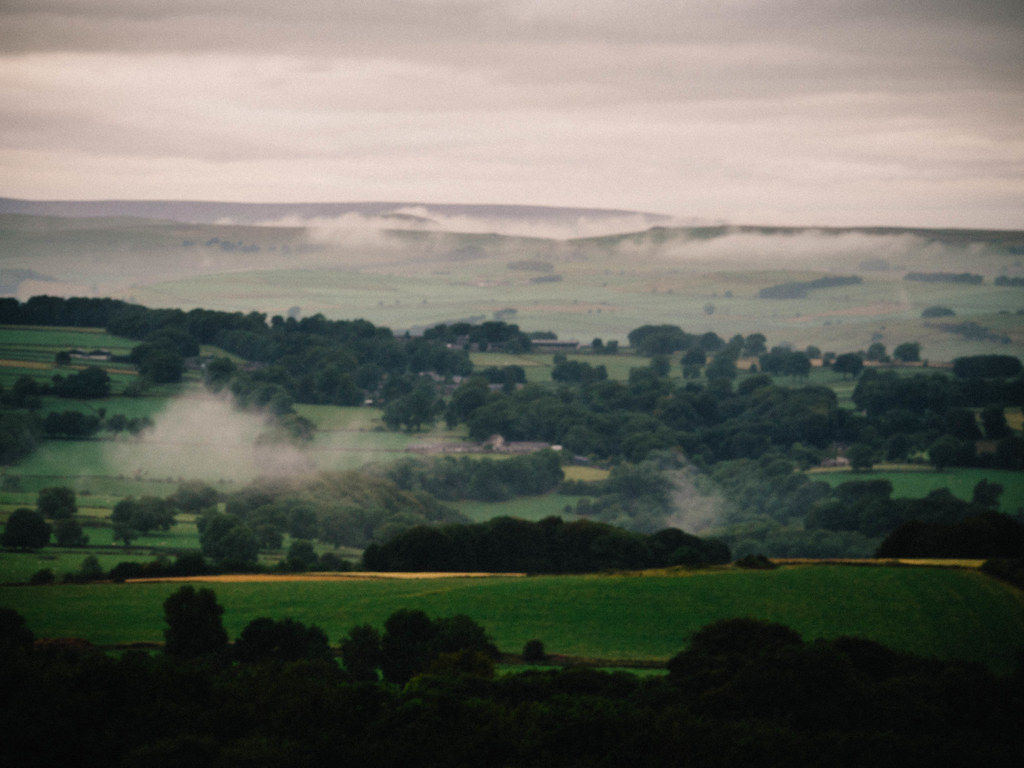 Along with more permanent decorations, one of the many cement factories which are scattered across the national park. 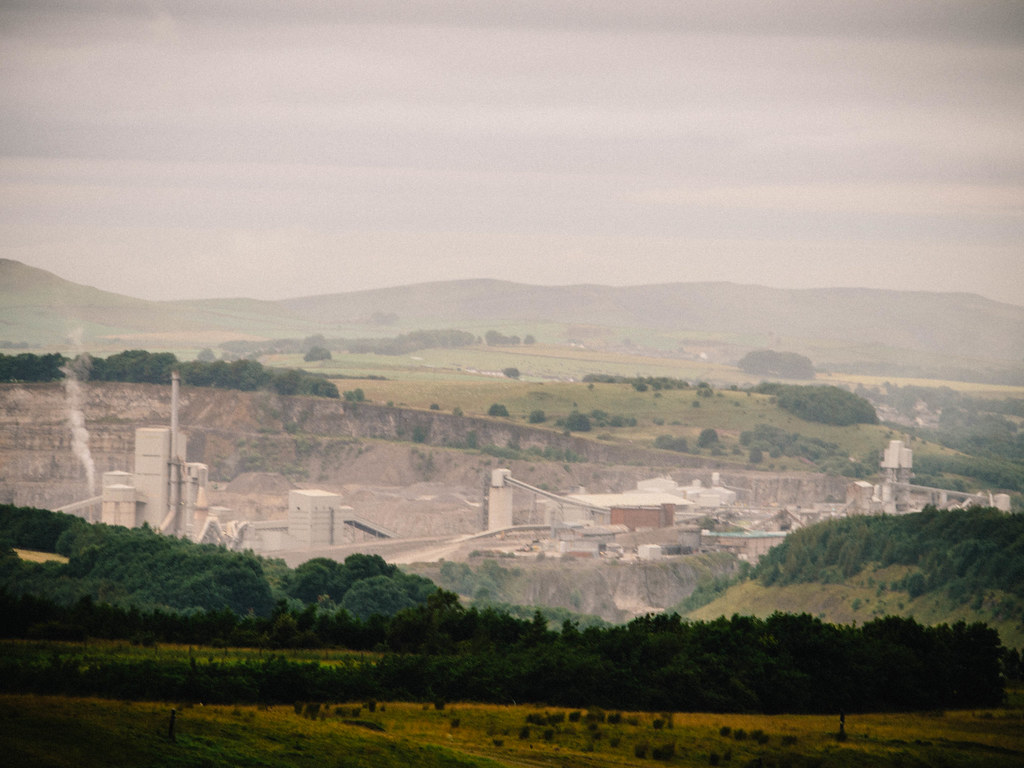 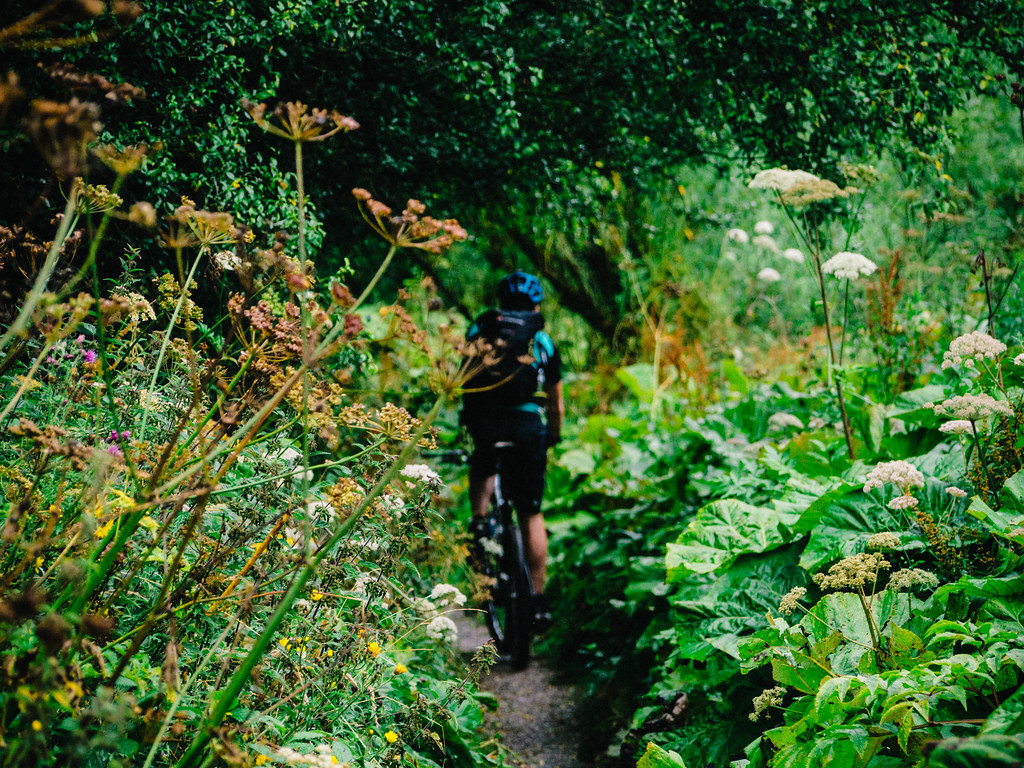 Acorn emblazoned signs dutifully point us on our way. 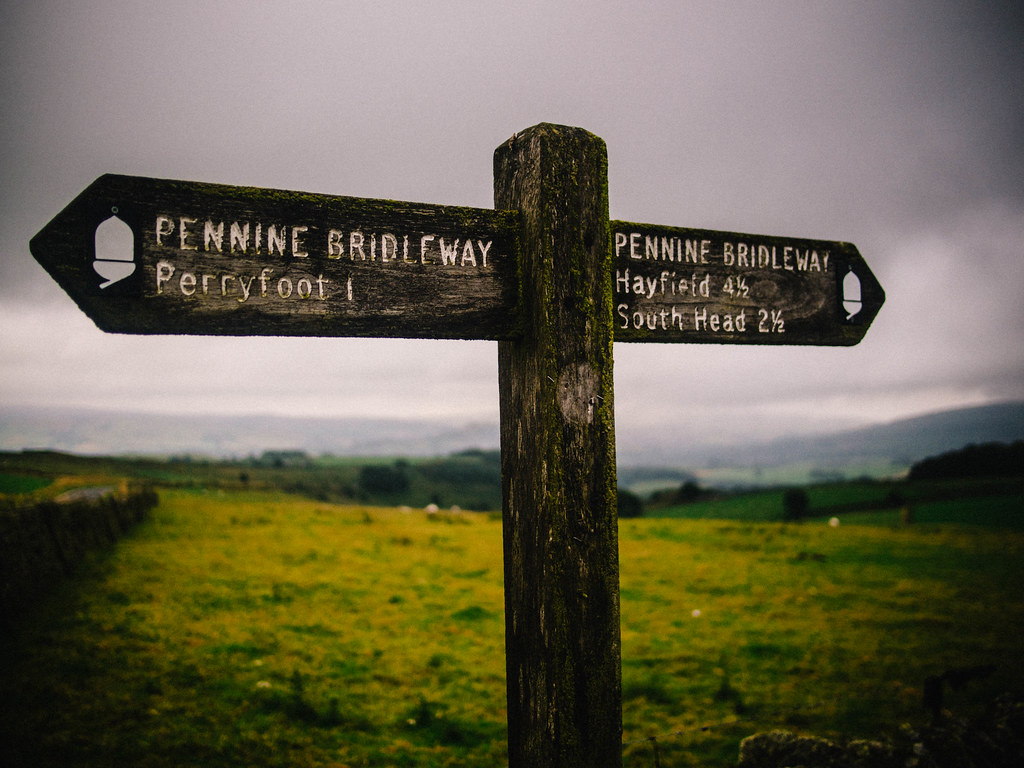 As we cross the geological dividing line between the Dark and White peak, the trails instantly transform. Cautious riding across wet slimy rock is replaced a turn of speed across rough rocky trails, the kind we are used to. 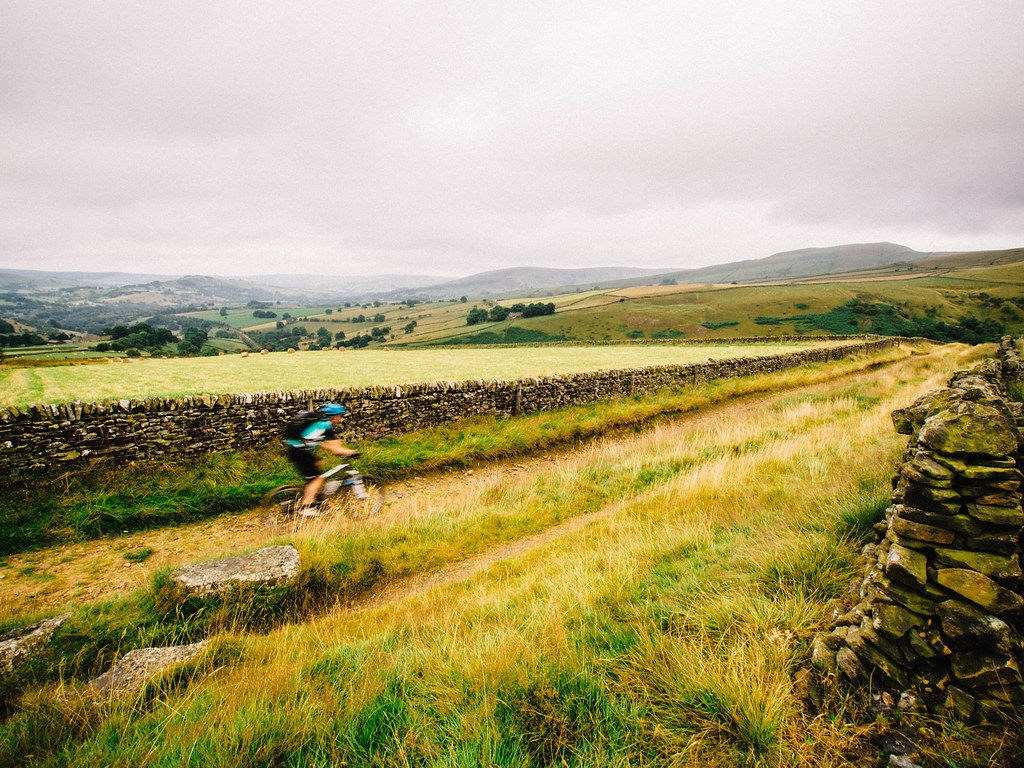 Traversing around South Head, we look over to the Edale Cross and Kinder Scout, the remote and windswept gritstone plateau. 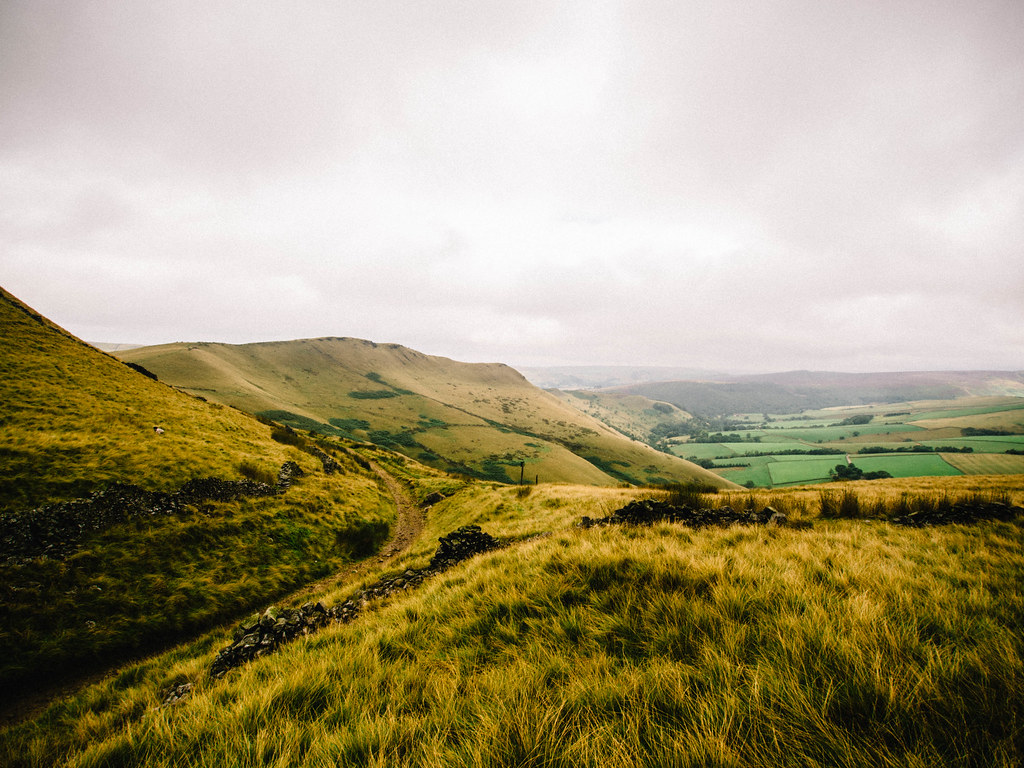 As the sprawl of Manchester comes in to view, we skirt the city’s periphery and connect the dots between the many small towns on the city’s edge. Tintwistle, Mossley, Uppermill, Greenfield each one nudging us closer to our respective homes and our collective knowledge of the trails which radiate across the barren moorlands. 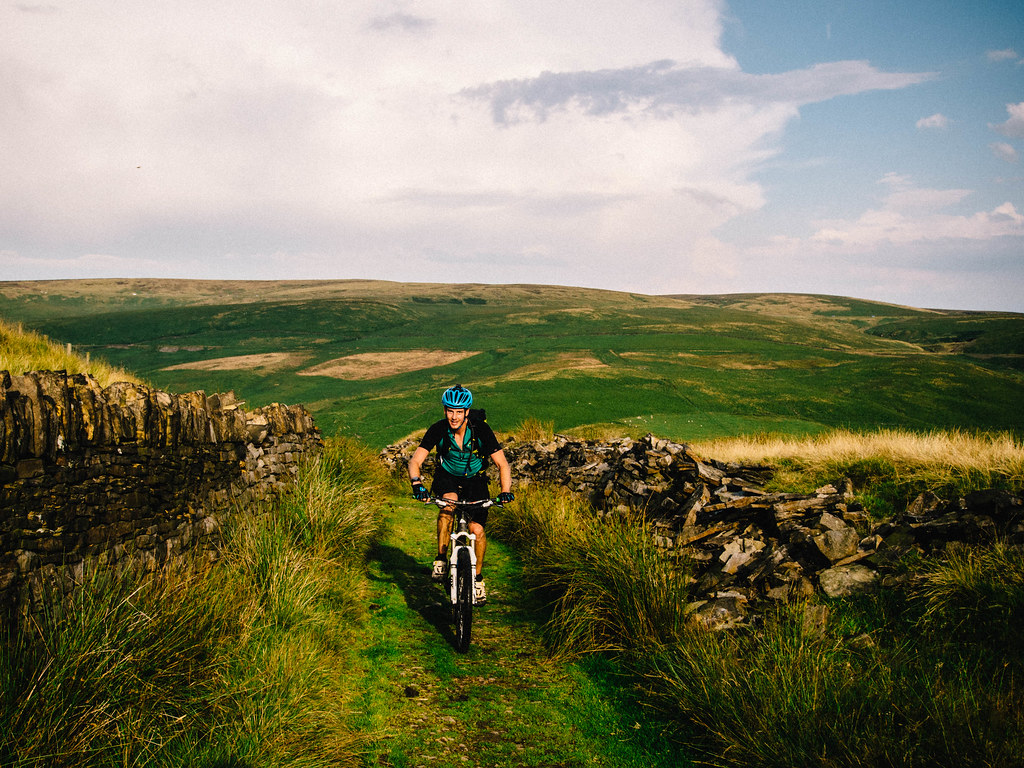 As the sun begins to lower by early evening we find ourselves chased down the valley, the sky painted black, bubbling with sinister clouds, thunder and lightening rumble and resonate off the valley walls. Ancient pack horse trails and Stoodley Pike point the way home. 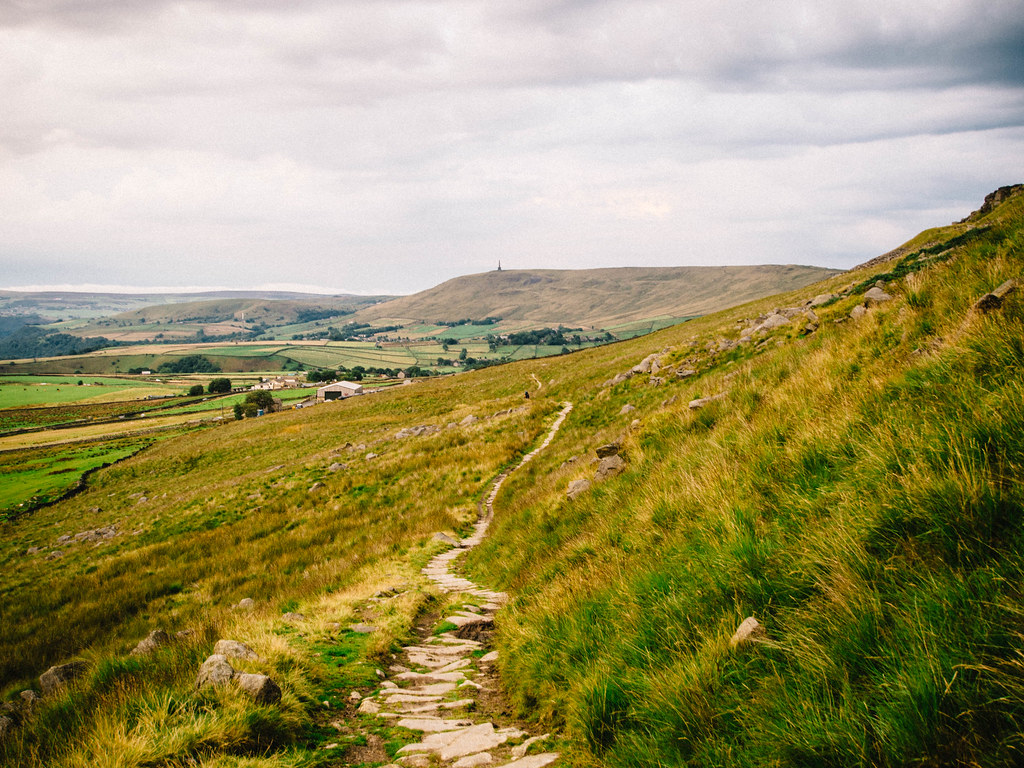 With over 65 miles of riding done, weary legs turn the pedals, no longer can we outpace the the rain and with an inevitability we pull on rain jackets as the overhead sprinkler is turned on, arriving in Hebden Bridge soaked to the skin.

With a customary handshake and pat on the back, no more words are needed. A simple acknowledgement of a good days ride and friendship on the trails. Quickly ducking out of the rain, a well earned beer awaits. We toast the Pennine Bridleway and Mary Townley whose original idea conceived the trail which now spans 205 miles from Derbyshire to Cumbria.