The Peak District: Part of the Peak 200 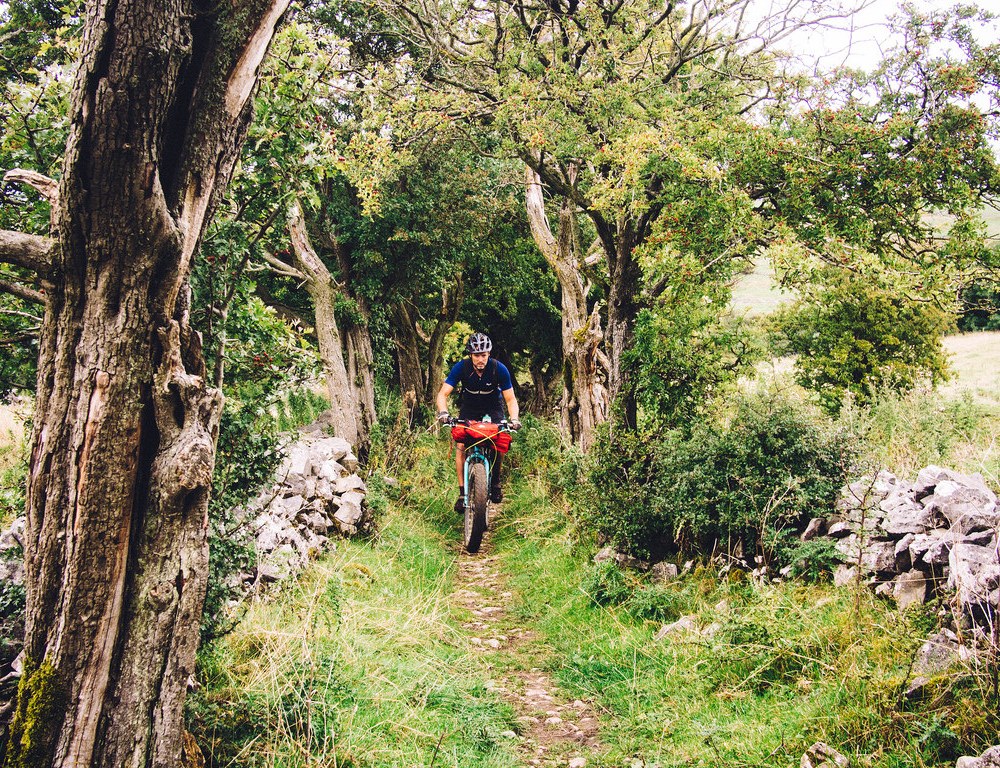 Two weeks later, I once again find myself back in the Peak District National Park. Having previously carved my way north through the limestone valleys and barren moorland via the Pennine Bridleway. This time my gaze is fixed on the eastern Peak District, it’s oak woodlands, historic houses, and lofty gritstone crags.

Joined by South American partner in crime, Cass, the rarefied air of the high Andes exchanged for the rolling Derbyshire dales.
Like good old times, we listen to the rain drum on a sheet metal roof. Sitting out the worst of the weather, occupying our time wisely lamenting the damp, soggy English summer. Watching the rain run from the roof forming puddles, I wistfully think back to those seemingly long, hot, lazy summers spent as a child, as the last of the summer ebbs away.

Sat at Parsley Hay station, a steady stream of apprehensive looking school children and dotting parents slowly assemble, weighed down by heavy rucksacks. About to embark on their Duke of Edinburgh award expedition, an overnight trip, for many this will be their first real taste of the outdoors. The glare of a computer screen replaced by fresh air, human interaction and inevitably wet feet, if the rain is anything to go by.

A night under the stars is a powerful thing, and for some this first encounter has the potential to deeply impact them. Like knowledge, adventure is timeless, it has the ability to illicit a childish glee in even the most grizzled of men, an opportunity to step out of our comfort zones in to the unknown, to explore and learn. Whether that is in the high mountains or our own back gardens or beloved national parks.

As the rain abates we make a dash in between the showers, splashing through puddles we join the Peak 200 route. Originally conceived as an individual mountain bike time trial, it traverses 225km of the Peak District National Park. Riding laden fat bikes our own plans are slightly less grand, concentrating on the southern section of the route, before cutting back across to join the route as it makes its way south.

Down through Long Dale. 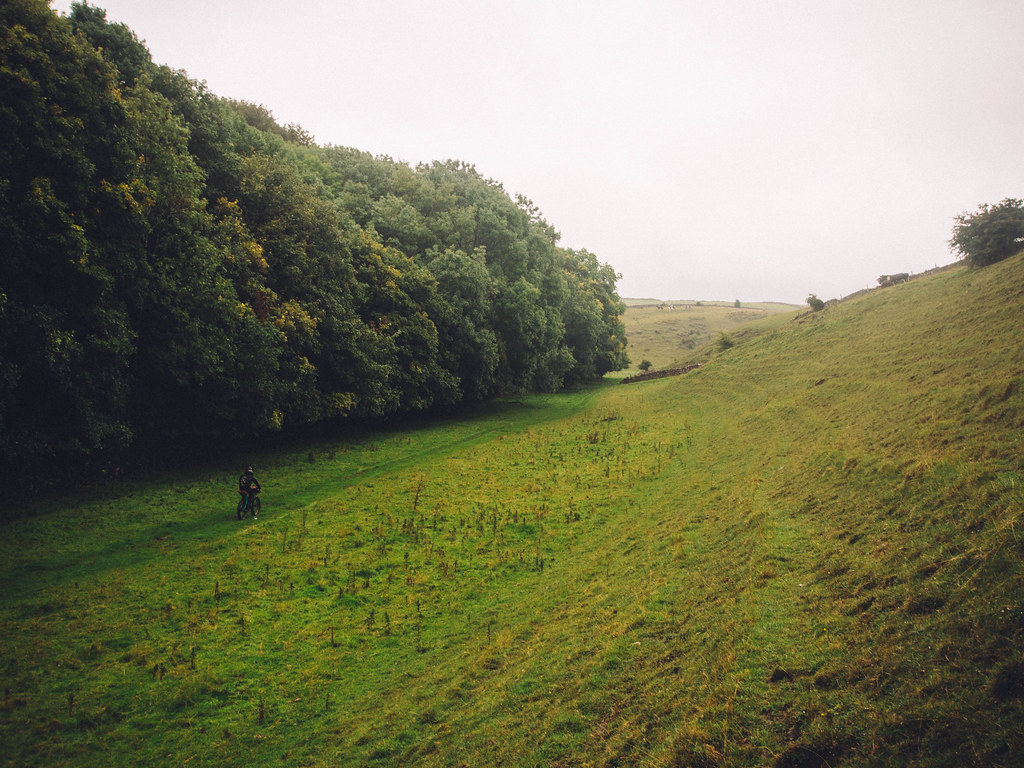 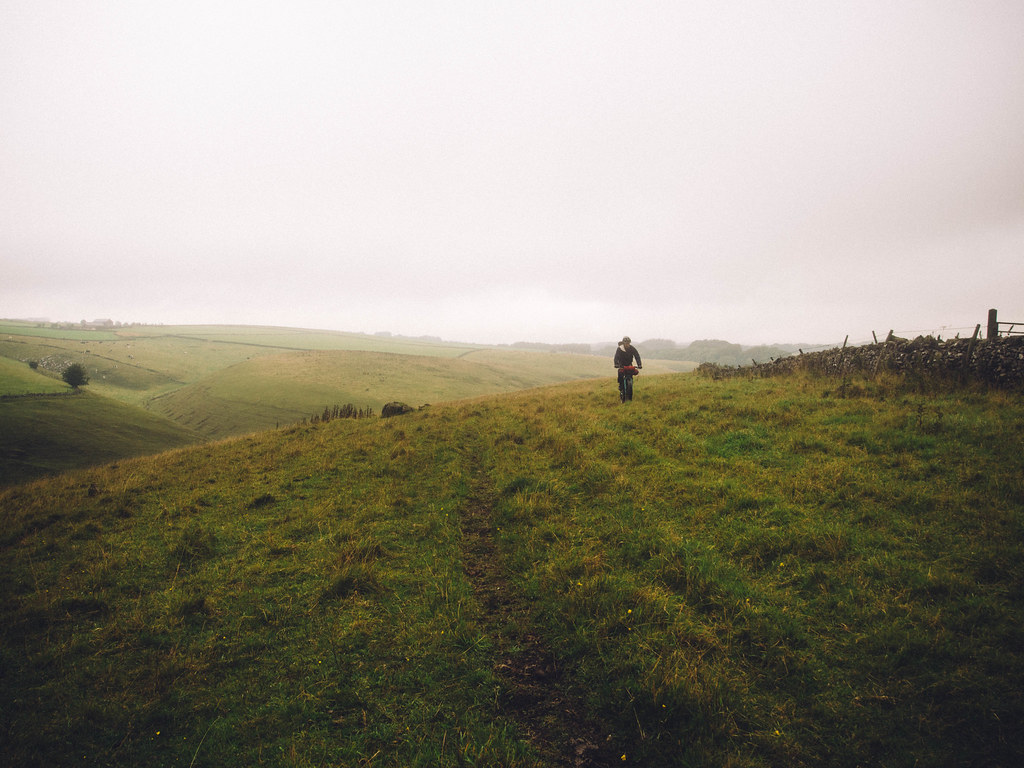 Before pushing our bikes through thick mud, southwards through Alport and on to the country house of Haddon Hall. 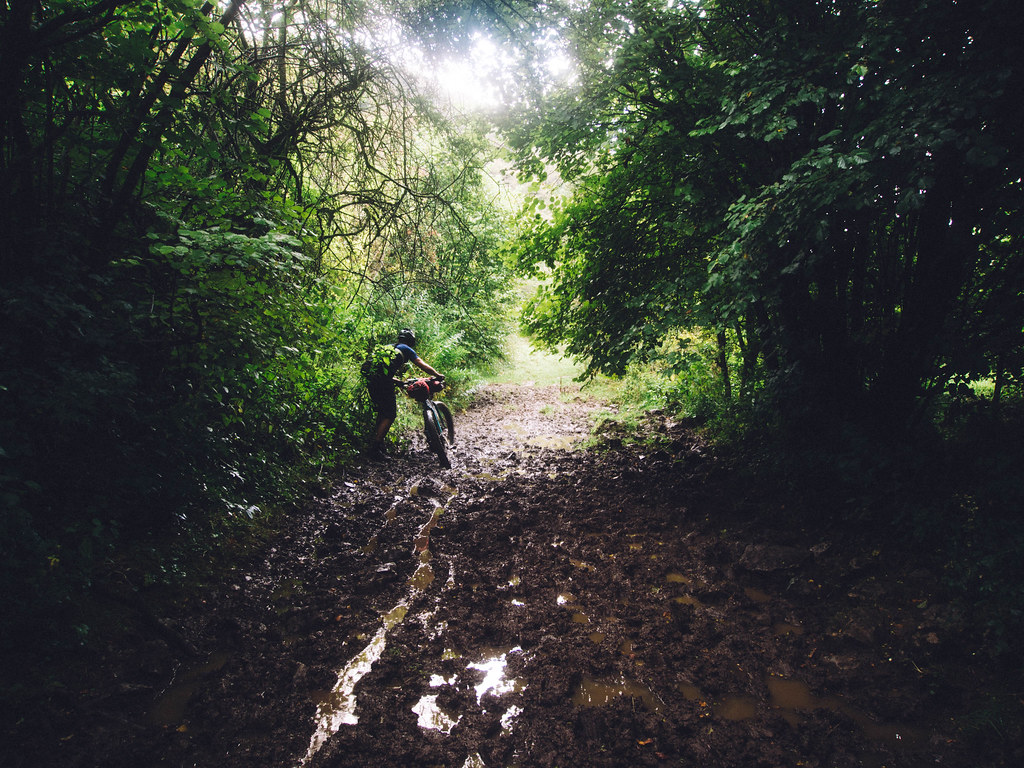 Emerging from pleasant woodland trails, we catch our first glimpse of the magnificent Chatsworth House, and it’s manicured estate, the River Derwent separating the Derwent and Wye valleys.

Pausing in Baslow for lunch, rain sees us seek shelter inside the local church’s community cafe. A quaint slice of England, complete with china cups, tea and an endless supply of homemade cakes. Understandably it’s a while before we move. As we make our excuses to leave, we are sent on our way with extra cake, and a prayer for our safe journey. 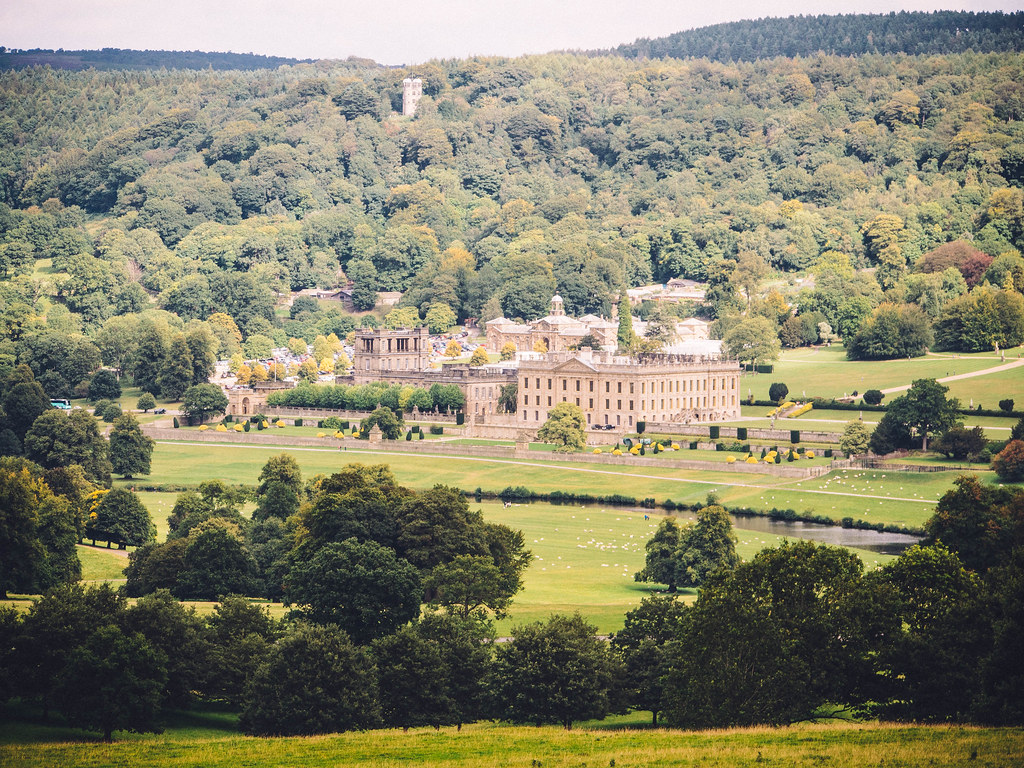 As the eastern gritstone edges come in to view, we dwell at the Eagle Stone, a solitary boulder which occupies local folklore. A local test piece for young men to prove their marriage credentials or risk being rebuffed by their female companion. 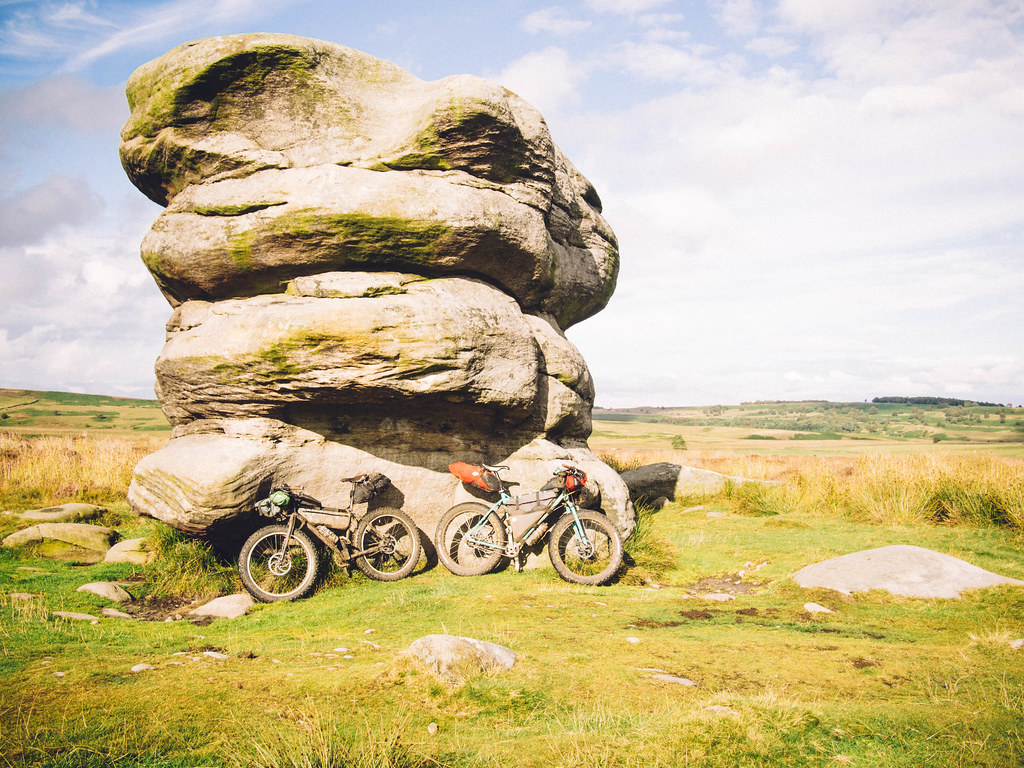 Mulling over our manly credentials, we pass the immaculate gristone crag of Frogatt, before heading north through the Longshaw country park toward the Burbage Valley and the gritstone giant of Stanage Edge, it’s escarpment spanning over three and a half miles in length. 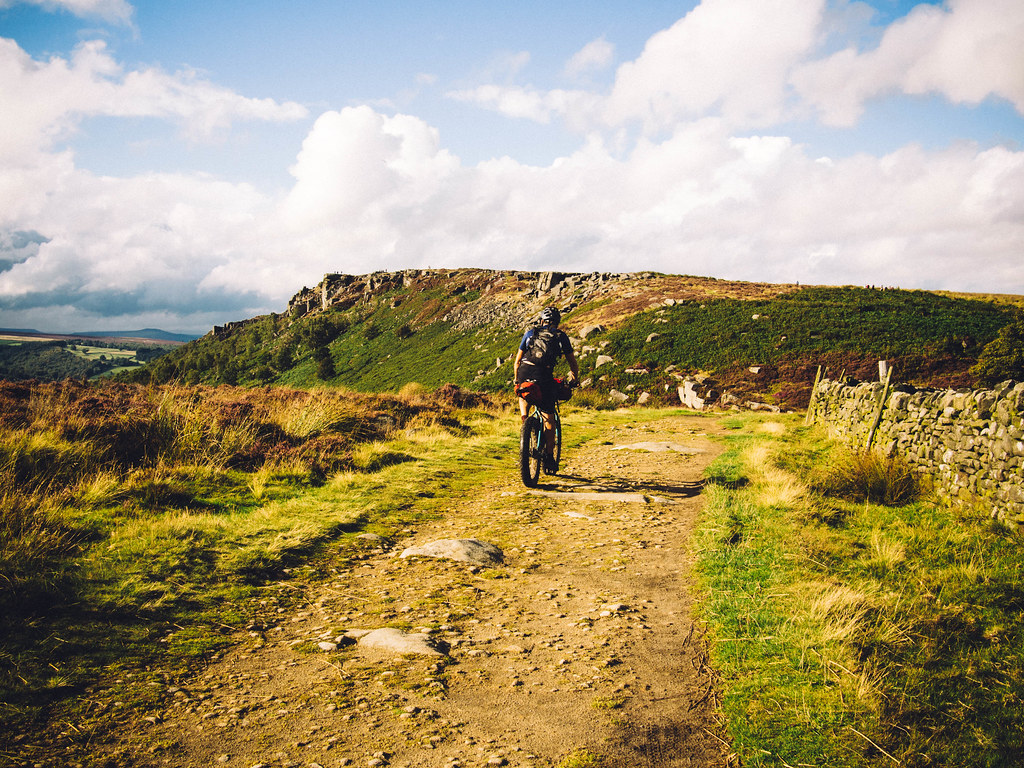 Leaving the Peak 200 route, we cut through the villages of Hathersage, Grindleford and toward Abney before rolling out our sleeping bags for a night under a star studded sky. By morning quiet lanes drop us in to Castleton and the Hope Valley. 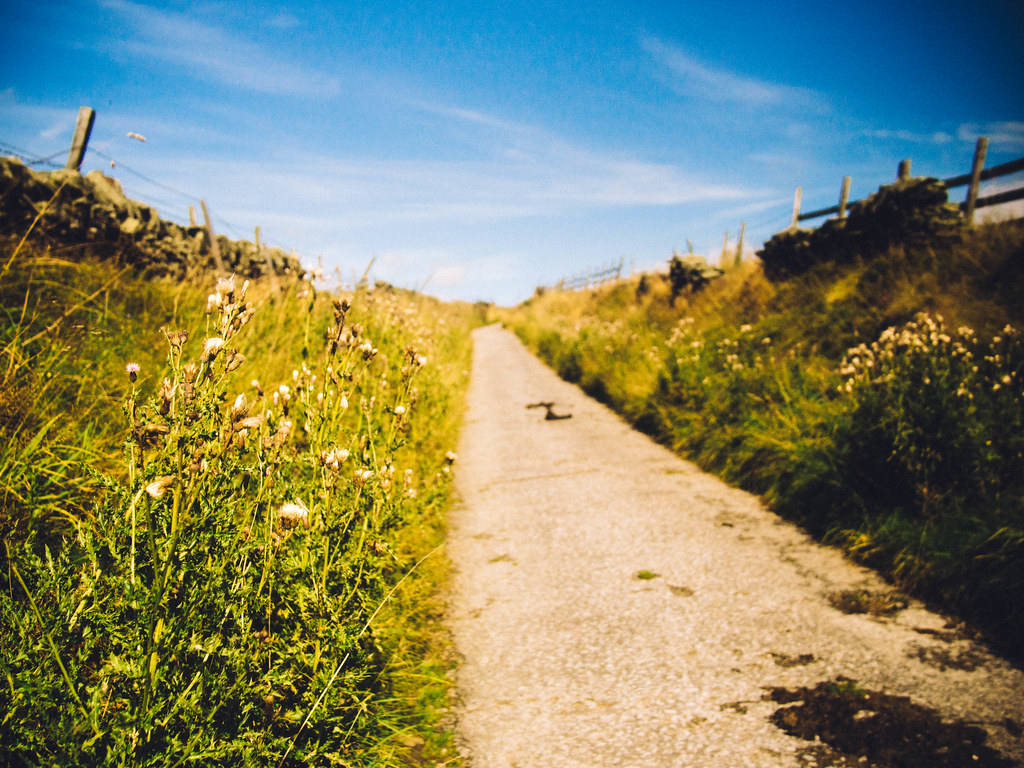 Hopping from Dark Peak to White Peak, the familiar acorn emblazoned signs come in to view, the Pennine Bridleway guiding us southward toward our starting point. 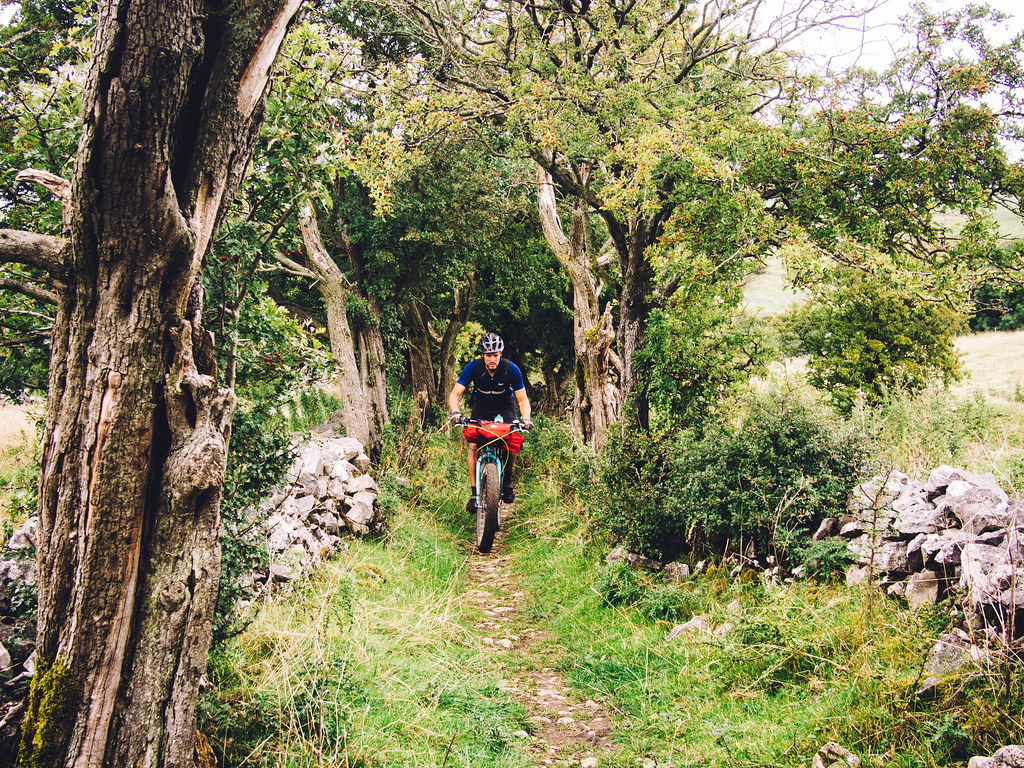 Limestone walls, and (by now) familiar names like Peak Forest and Wormhill. 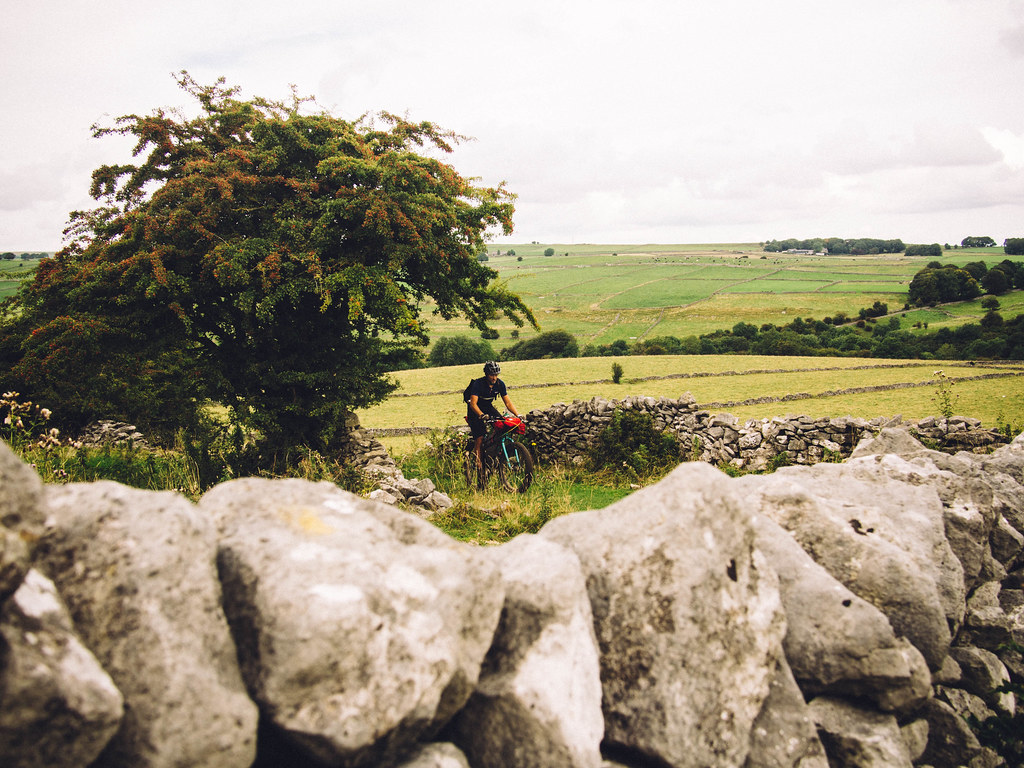 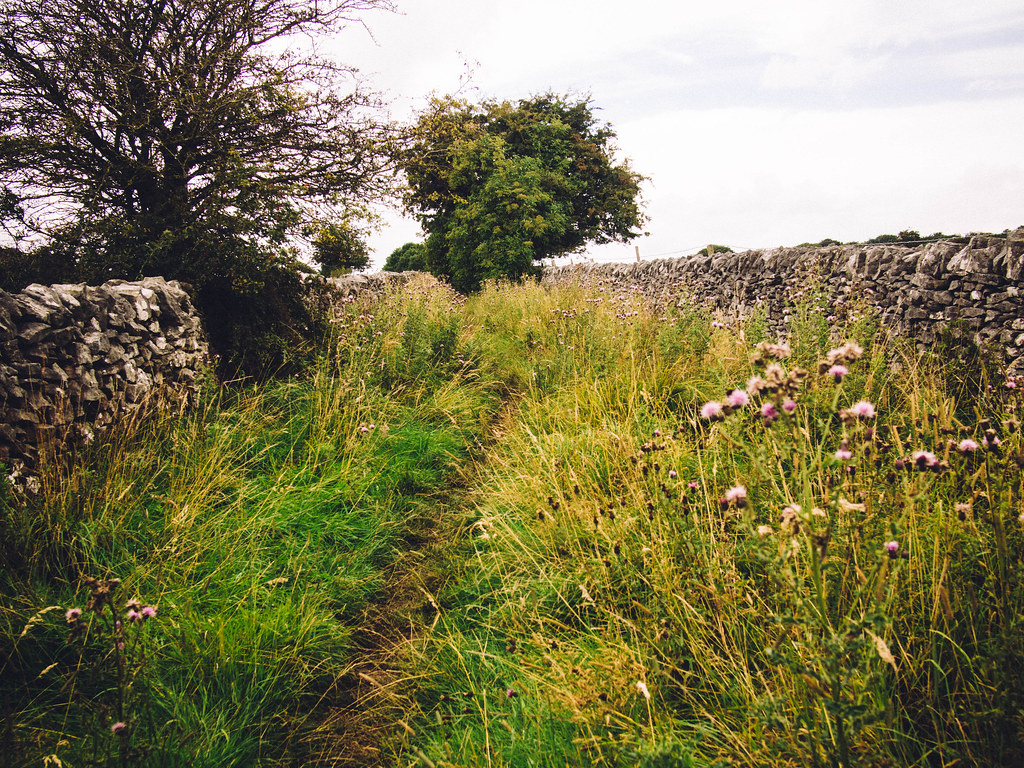 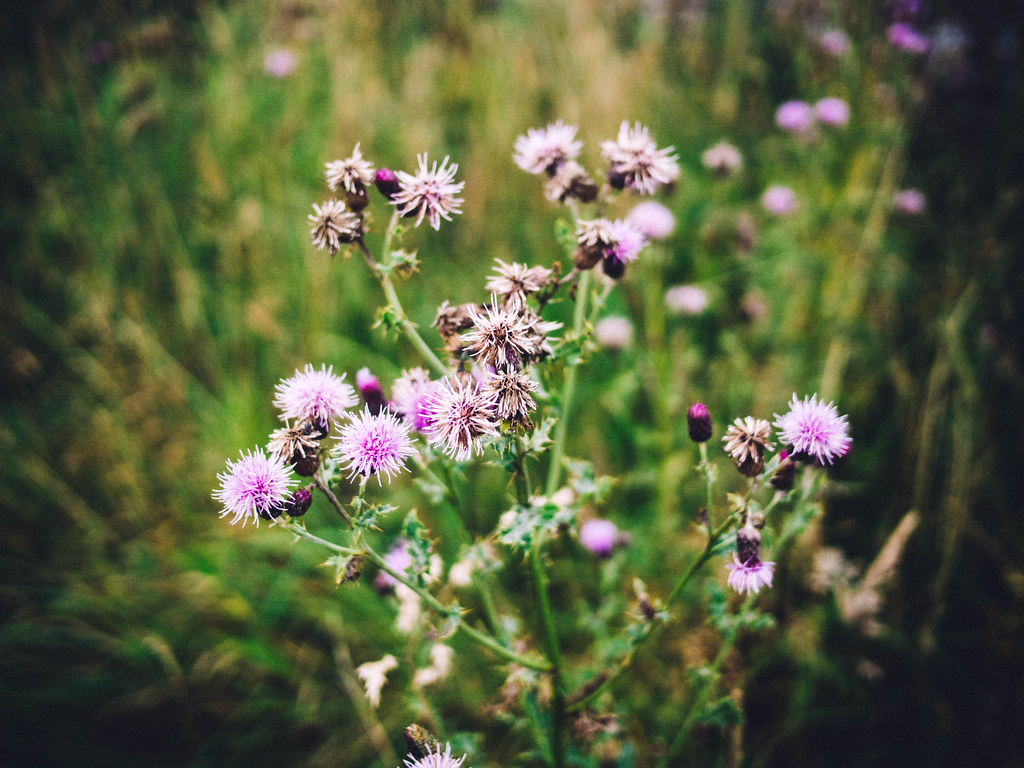 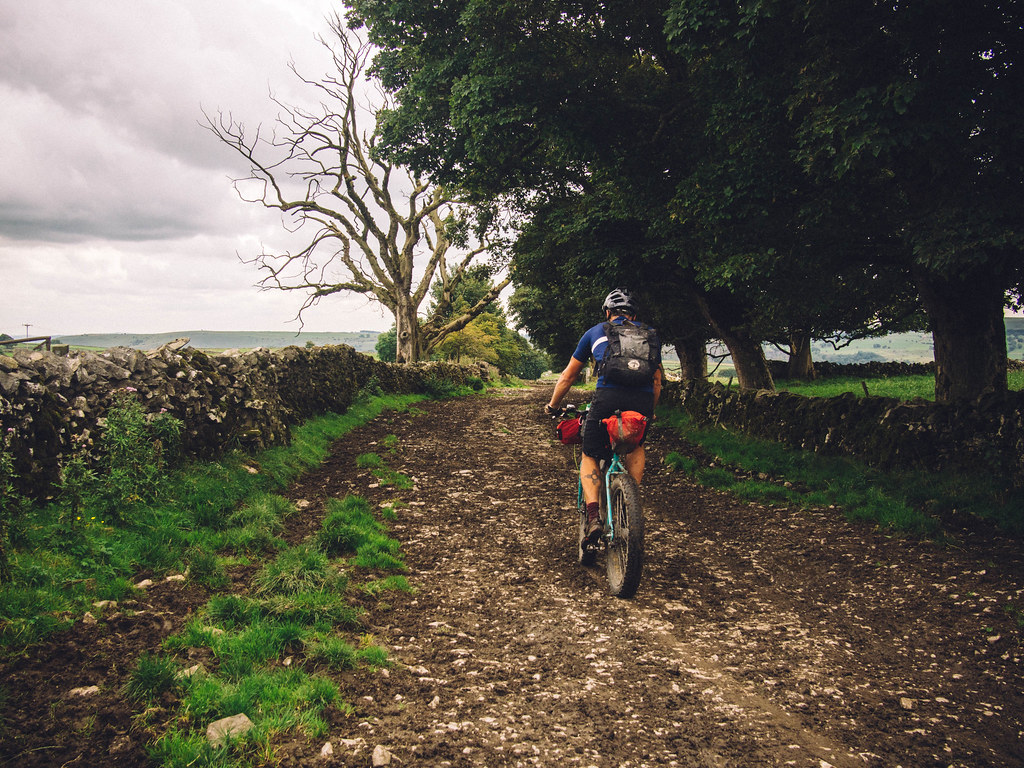 And a grin inducing plummet in to Chee Dale. 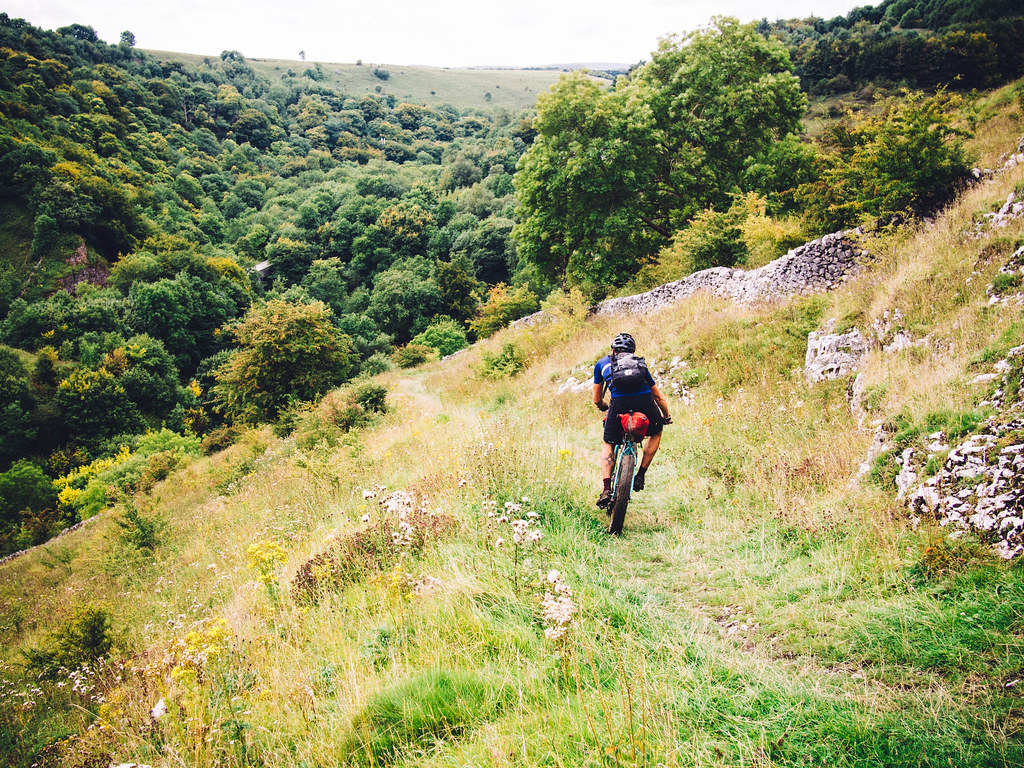 A stiff climb sees us rejoin the High Peak Trail as we share the trail with other cyclists and families out for a stroll. Deposited back at our starting point, we enjoy the warmth of the afternoon sun as it slowly fades.

Chatting about our plans, aspirations and adventures yet to come, I begin to wonder where our own adventurous spirits were born, those first nights under the stars where our own personal connection with the outdoors was made.