Posted by Mike on Nov 17, 2013 in Cycling in the Himalayas, Sikkim | No Comments 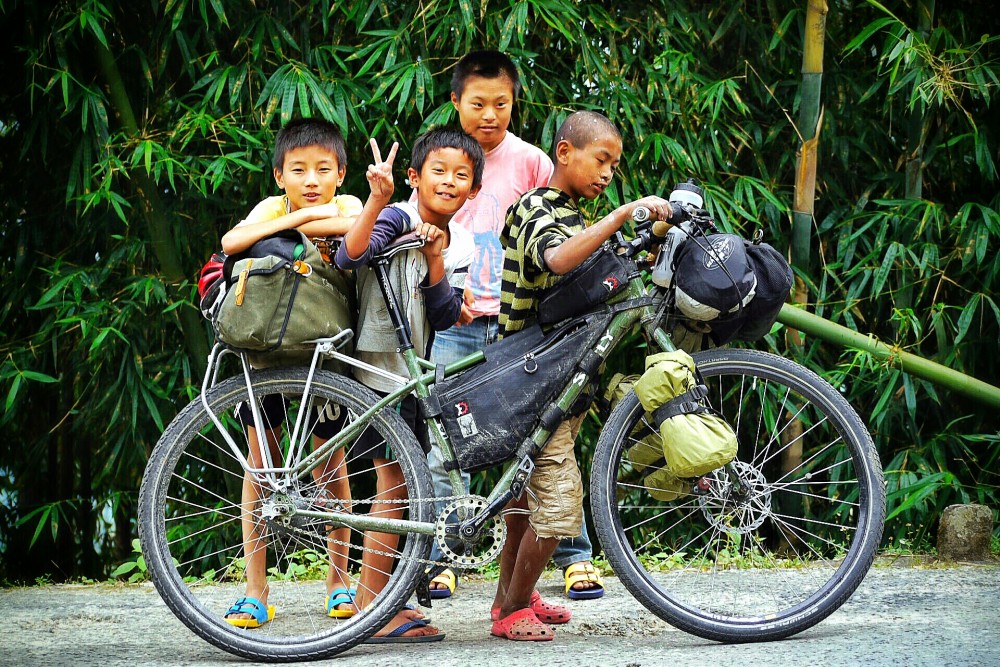 After a 36 hour train journey east from Delhi through Bihar and Jharkand, the bulk of Kanchenjunga rises high above the West Bengal plains. I spend the next 4 days riding some of the steepest hills I’ve encountered through tea plantations and small villages. 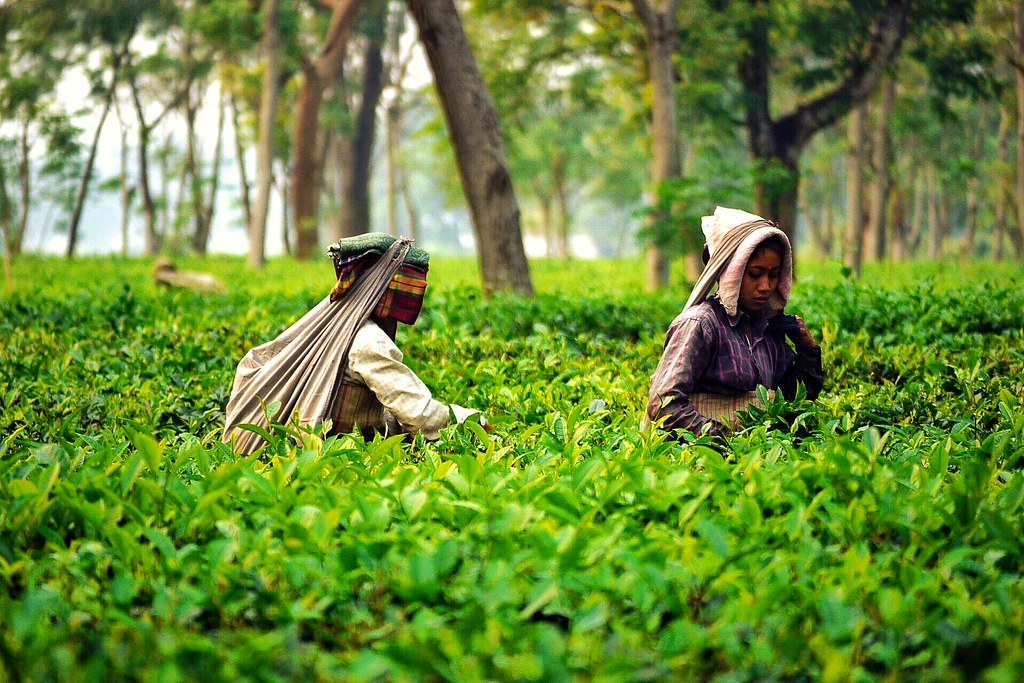 Taking the road west away from Gangtok the capital of Sikkim toward Rumtek, I cross the first of many rivers and look back to Gangtok only then does my mood lift as flowers pop from the undergrowth. 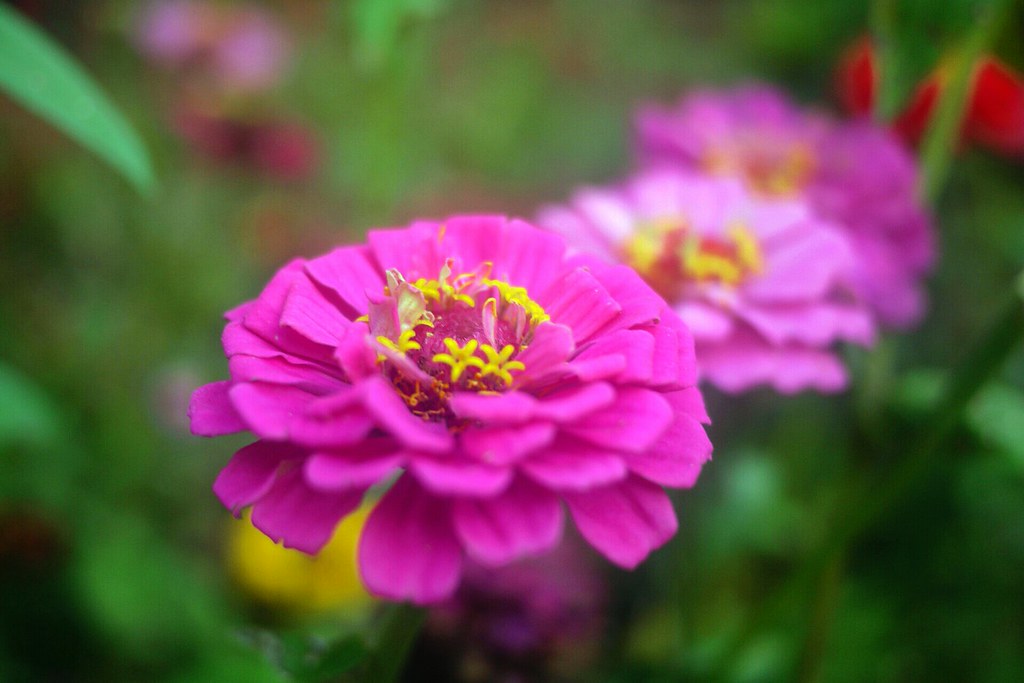 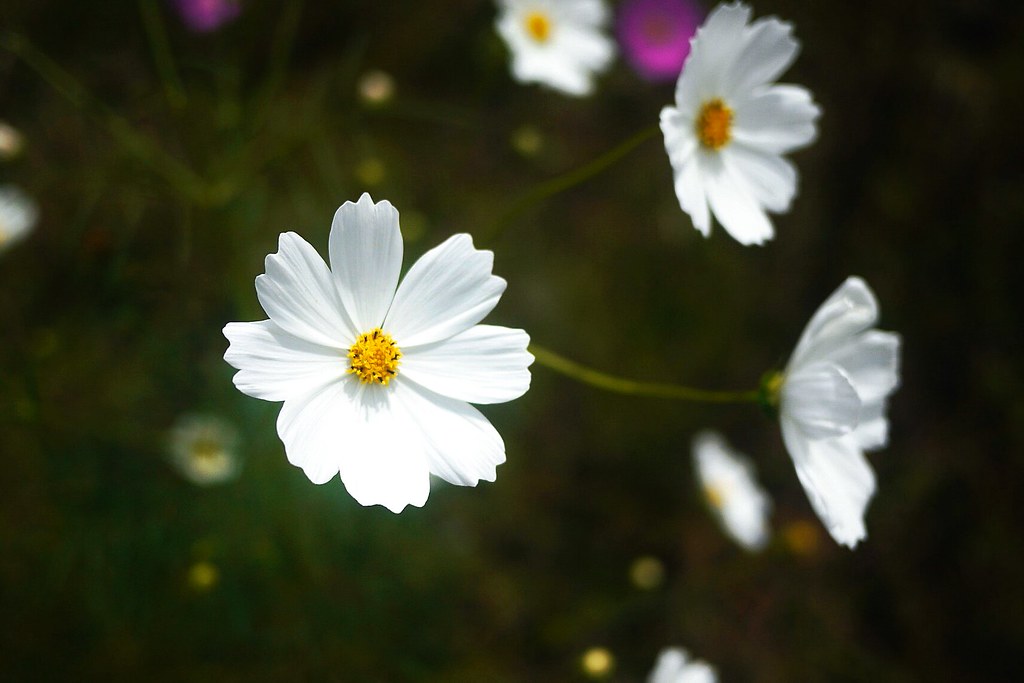 Butterflies flutter around me, difficult to photograph but with persistence I’m lucky. 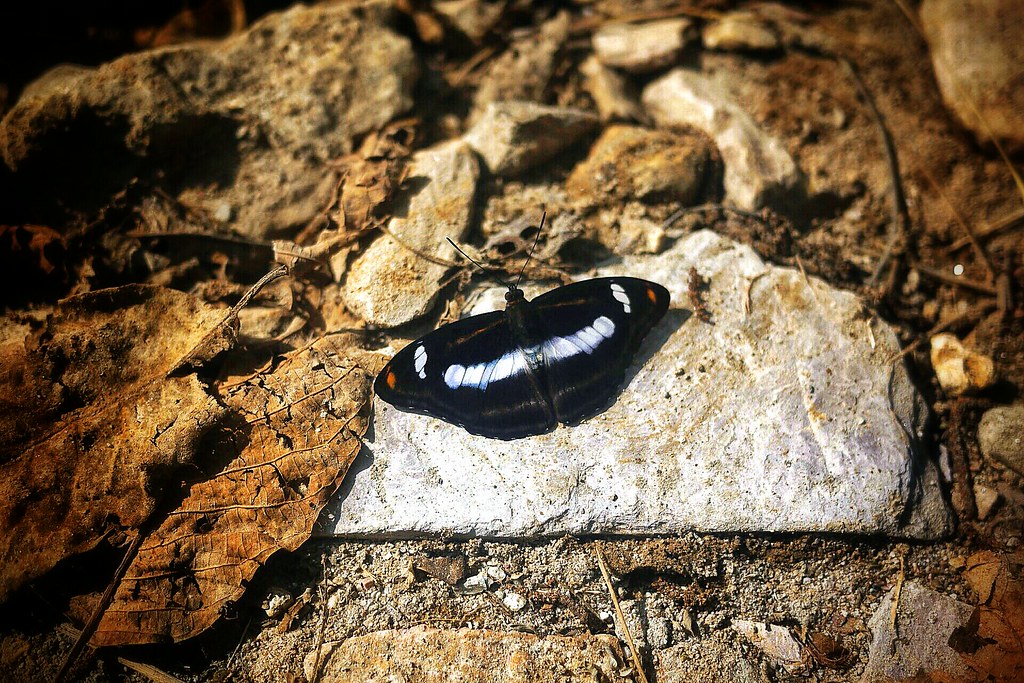 Sikkim is a tiny region bordered by Tibet, Nepal, Bhutan measuring just 7096 square kilometres. Despite its small size its biodiversity is incredible with hundreds of species of plants and butterflies, a climate ranging from rainforest through to high alpine. Kanchenjunga laying claim to the third highest mountain in the world at a height of 8598 metres.

Many cyclists favour the Western Himalaya, very few making it out this far east essentially a dead end and fabled for having some of the steepest hills in the Himalaya Sikkim is not to everyone’s taste.

Days are spent slowly grinding up to villages high above the valley floor, only to whizz down to emerald green rivers. 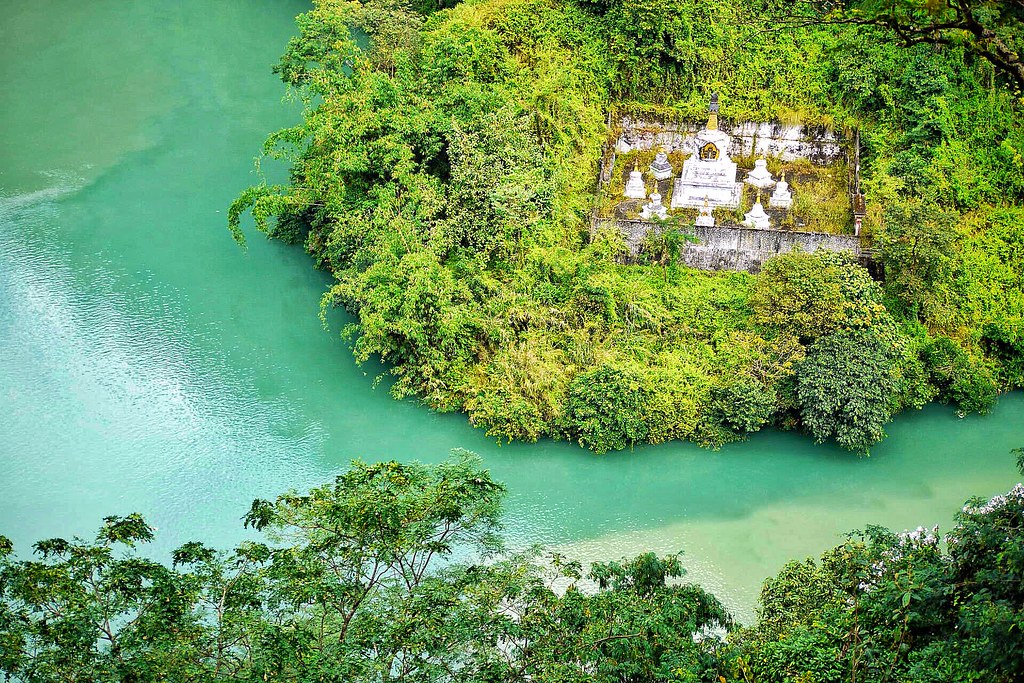 The same process repeated day after day.  The days destination often straight across the valley by sight.

Its brutal yet satisfying simple perhaps even predictable but it offers a meditative quality, time to switch off the brain admire the tight valleys and plunging hills.

A patchwork of acid green rice terraces appear out of the dense forest often set on steep hillsides. 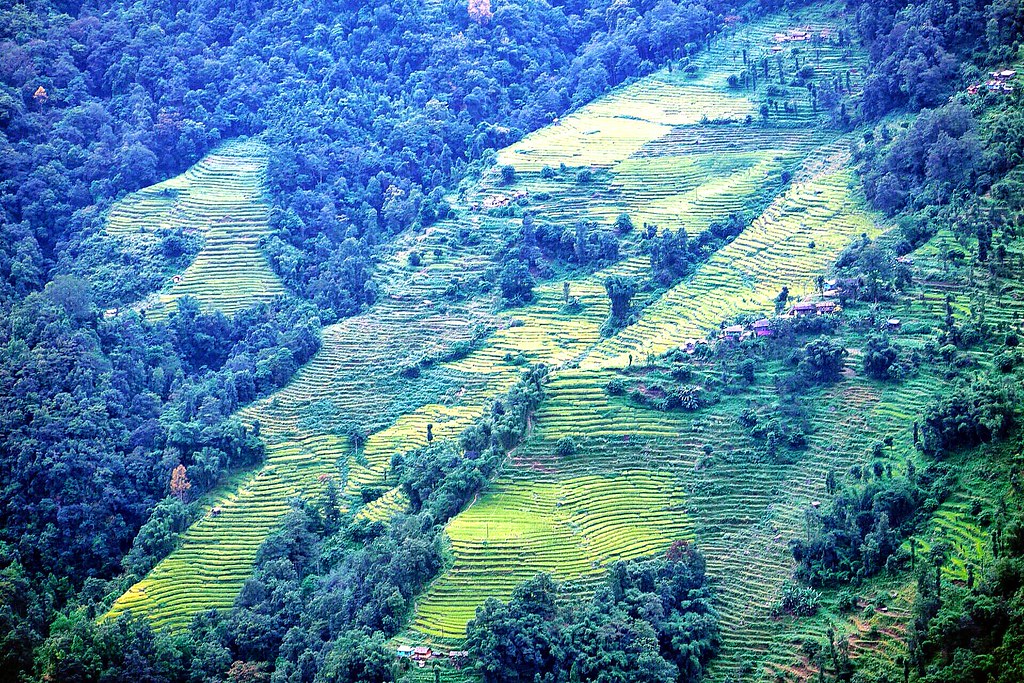 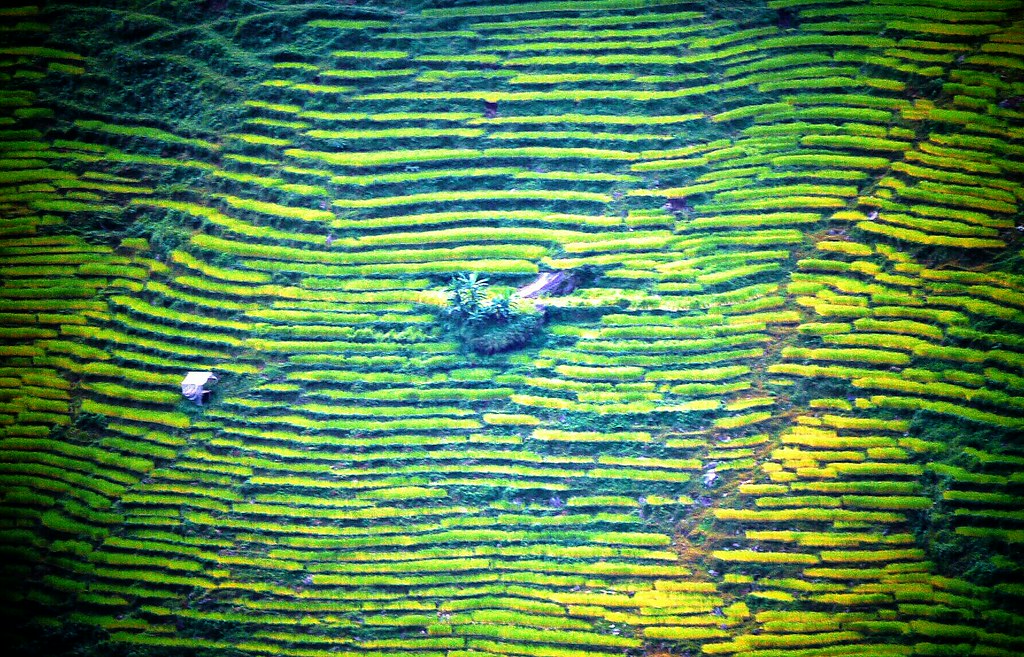 Workers dwarfed by the size of each of the terraces. 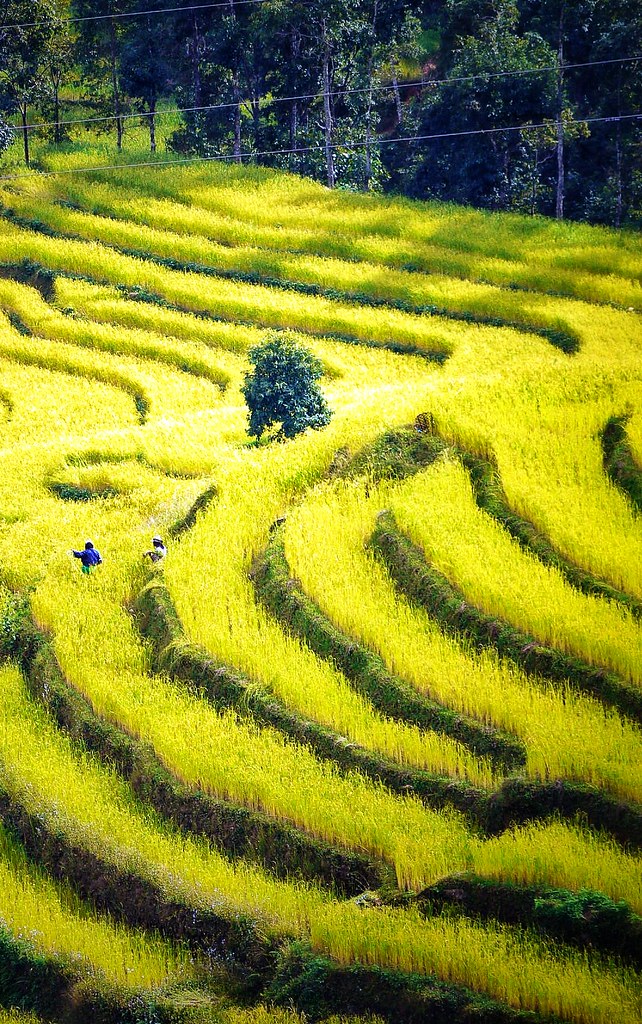 Houses often perched on equally precipitous slopes as families literally scratch a living from the hillside.

Signs and road markers become virtually indistinguishable over time as the forest encroaches back in to its territory. 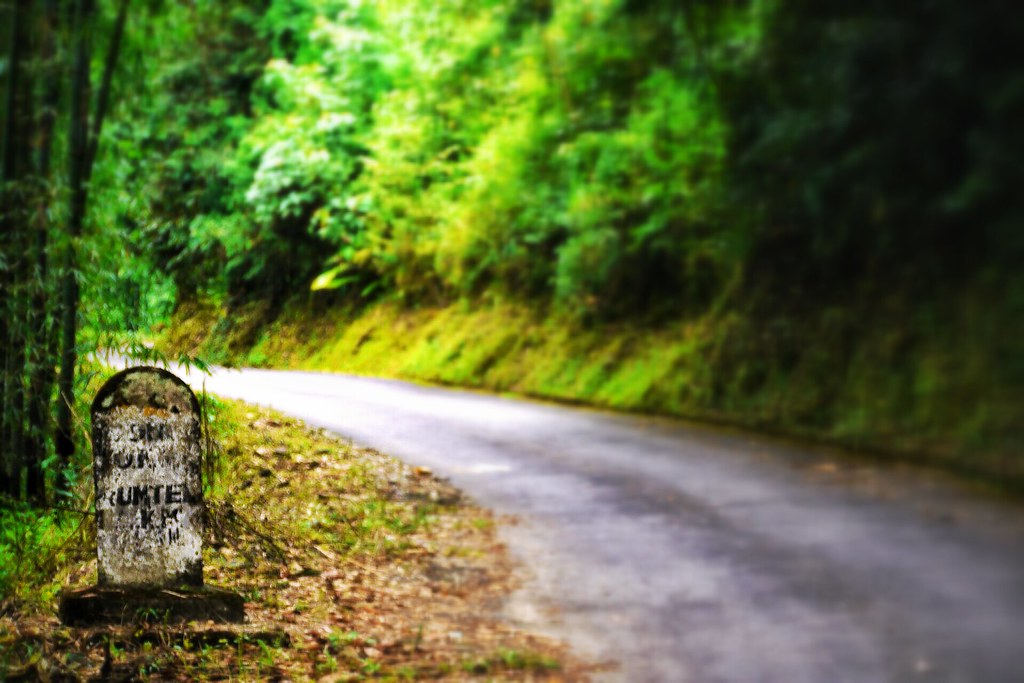 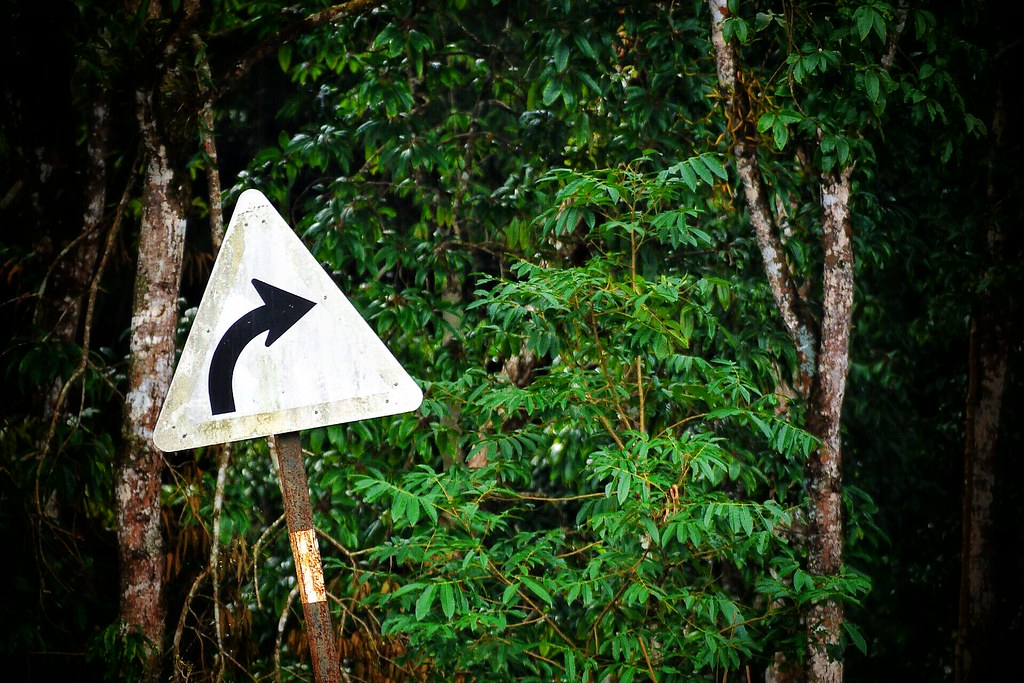 The roads slither round the hillside cutting through the dense forest, and with it tiny villages and settlements.

Children often appear at the road side, many chasing me up the road. We laugh and giggle and often I stop for an impromptu photo shoot. Often with varying results. 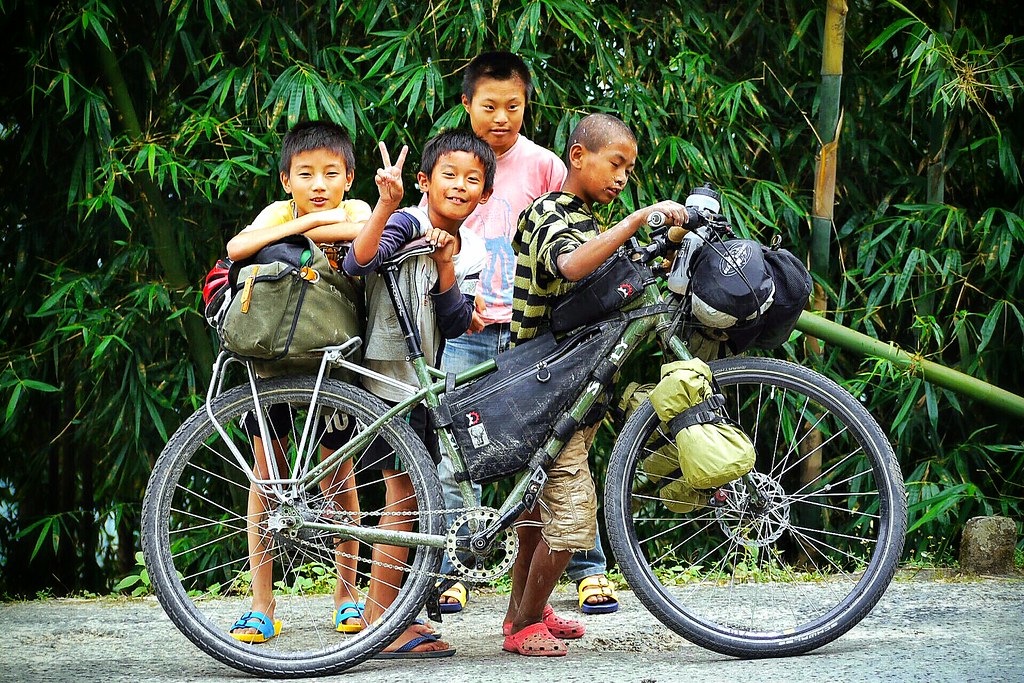 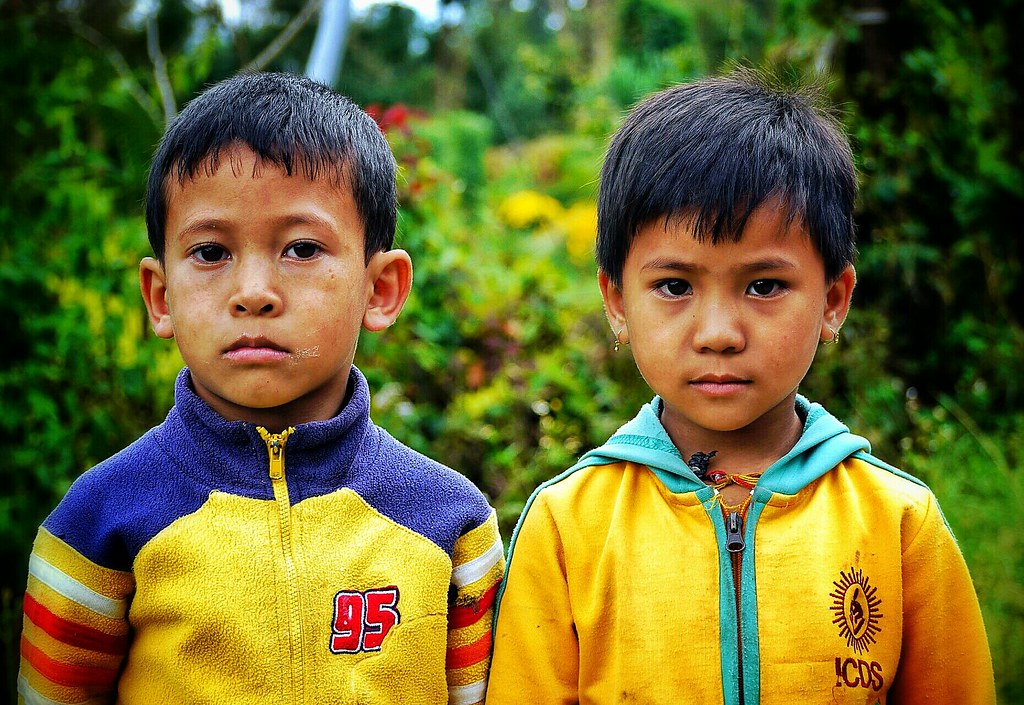 The monasteries of Rumtek, Tashiding and Pemayangste are perched high up amongst the clouds giving them an imposing position. Despite many of them undergoing extensive renovation work they are some of the finest I have seen with intricate buildings, exceptional carving, vivid paintings set in gardens of wild flowers with commanding views. 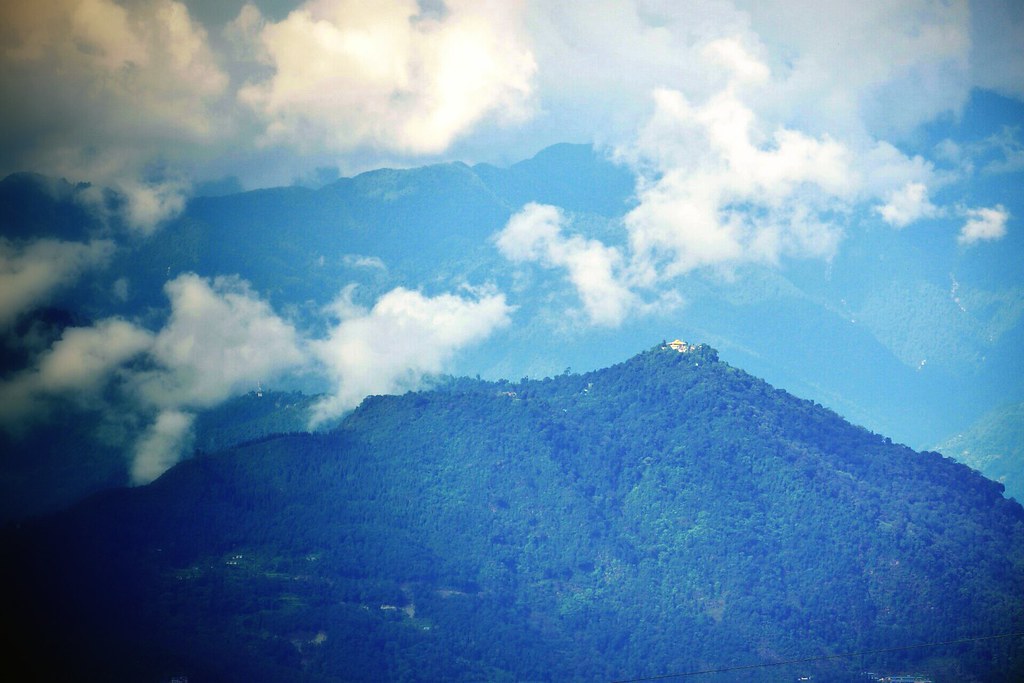 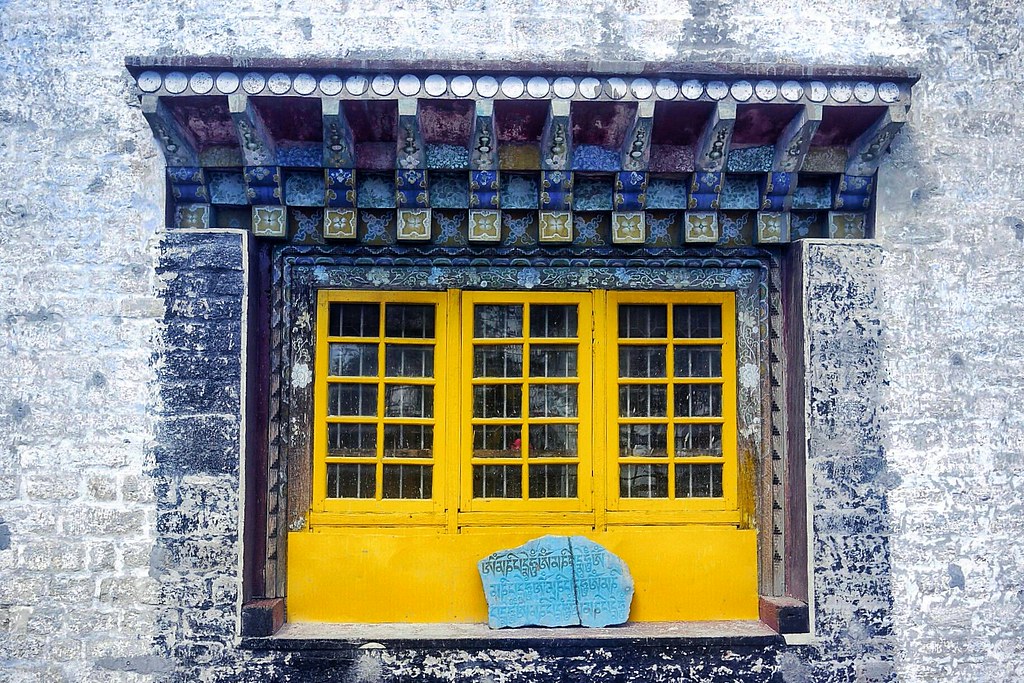 Mornings often start with good weather before pressure builds over the course day and with it cloud, late afternoon the suns rays pierce through the cloud picking out focal points and features. 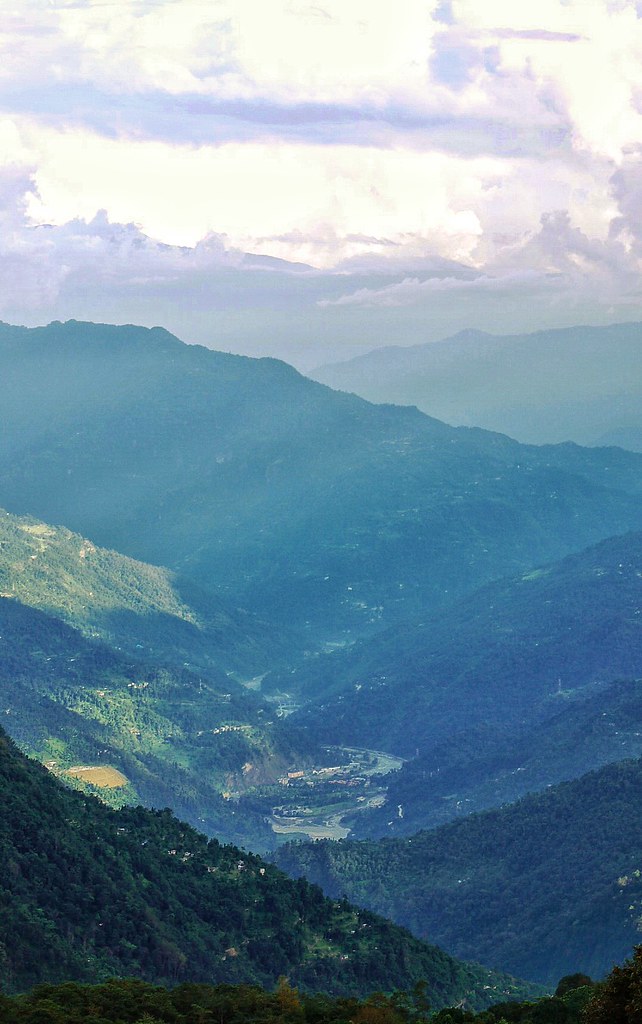 By morning clouds sit low in the valley making for a number of amazing sunrises. 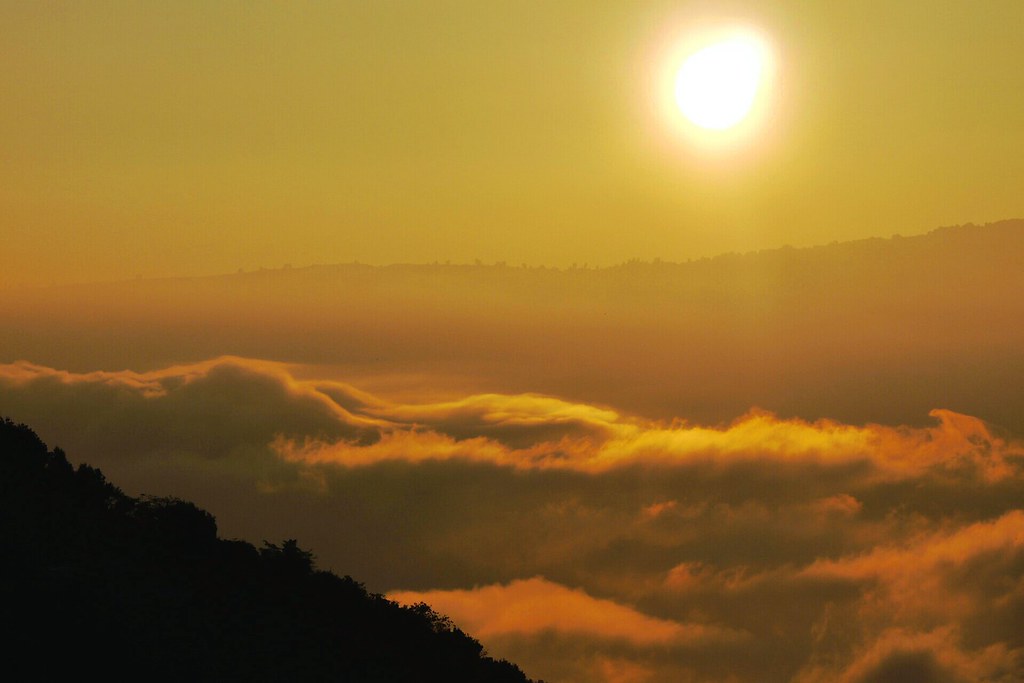 Locals tell me on clear days its possible to see the Himalayan chain extending as far north as Annapurna, Dhalgualri and Machapuchere in Nepal. Only once am I afforded views of Kanchenjunga but like much of the Himalaya this season the locals tell me the weather is much different to normal, after escaping the Western Himalaya due to the early onset of snow it seems a common theme.

Tightly controlled permits for foreigners, its relative isolation and steep hills will never see this region overrun with cyclists but when the clouds stay high in the sky it is a truly magical place to turn your pedals. 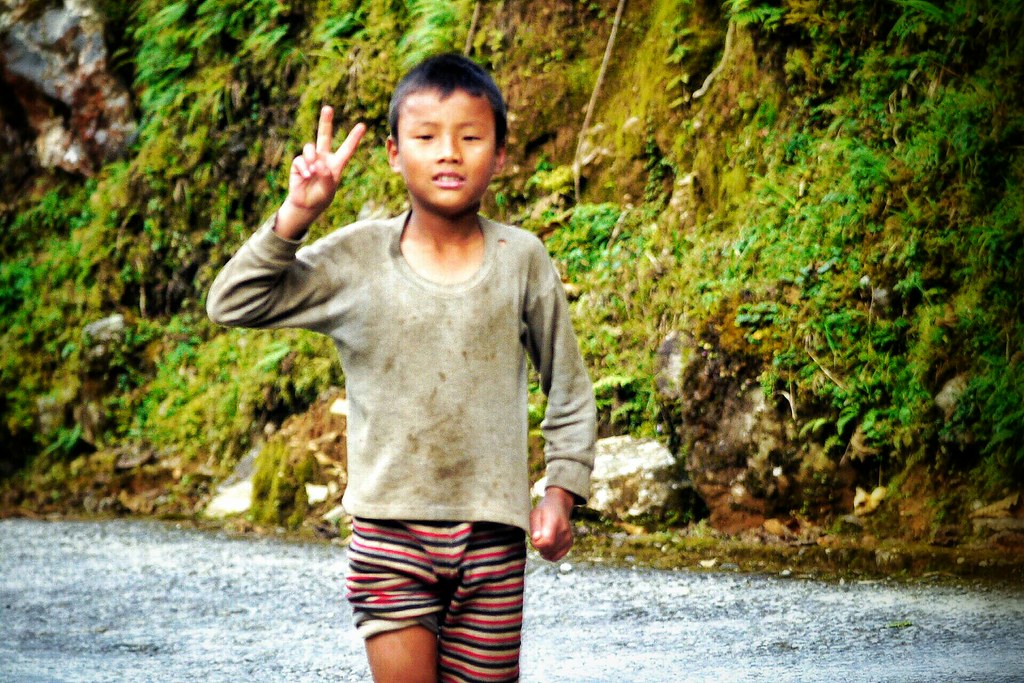