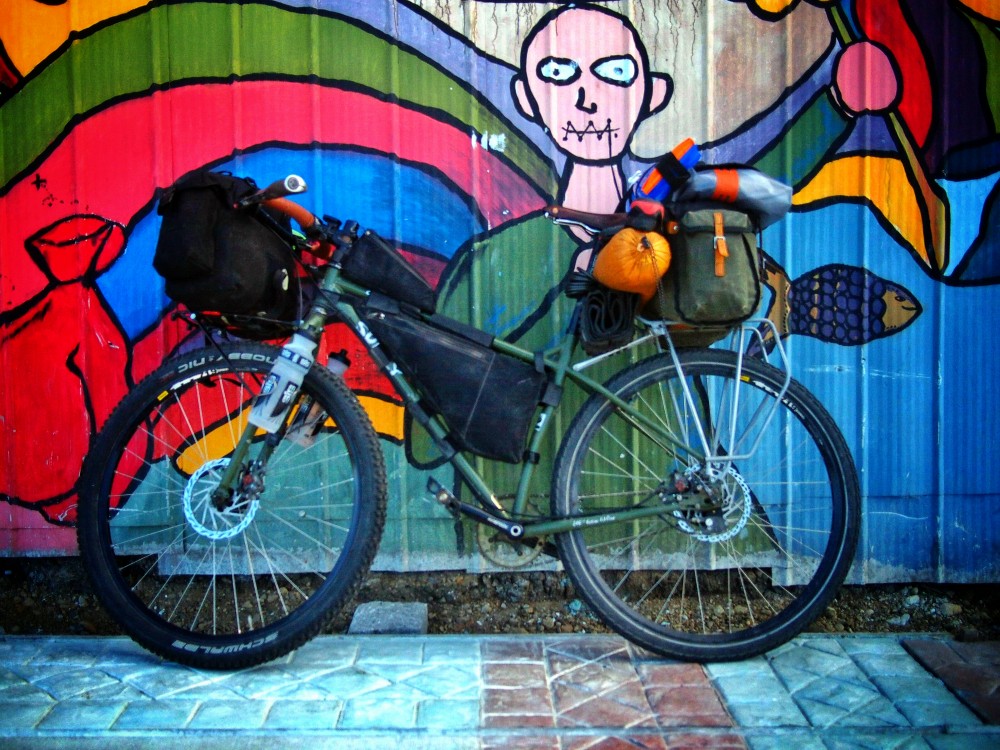 Having been away from home for almost 7 months, its nice to get the occasional email from people back home. Shona’s email tells me of Keep Pedalling’s birthday party and celebrations.

Over a year ago I had bitten the bullet and bought the frame and forks for my bike build whilst Rich, Shona and I worked on the final aspects of the bike build.

Its perhaps remiss of me not to mention the bike I am riding given we have now covered almost 5,000 happy kilometres together.

Like any bike purchase there are a myraid of options out there, almost too many.Â

One of the key decisions in whittling down the options was the ability to run a Rohloff hub, an expensive and mystical German internal gear hub. For many the sheer cost of this item omits it from many bike builds but I was thinking of a simple life on the road and perhaps something that I would move from bike to bike as time wore on. As Rich puts it “A posh mans single speed”.

The more I searched the more I kept coming back to the Surly brand, simple steel frames with a nice geometry and well thought out set of braze ons giving you options to run racks, disk brakes and mostly importantly Rohloff compatible.

Torn between the Troll and Ogre models I fired off an email to Cass who had recently migrated from the Troll to the Ogre and as ever a swift well reasoned response came back. Go for the Ogre!

With so many other things going on before the start of this trip sourcing the components for the build and putting everything together was the last thing I needed on my plate.

Keep Pedalling came highly recommended and with a stock of slightly left of centre bikes they had just the thing I was looking.

A set of emails went back and forth discussing the trip, the build and then I made the trip over to Manchester to swing my leg over the right size frame. In the time we had been emailing a demo bike with a similar spec had been built and so I found myself test riding an Ogre around Manchester’s Northern Quarter.

For a Yorkshireman there were no tears when it came to the eventual parting of the purse strings. I knew I was in safe hands with Rich and Shona.

Despite best intentions I only rode the Ogre a handful of times before leaving for the Himalayas. On local single track it proved to stable and great at climbing, although the heftÂ  and clunk of the Rohloff was telling for the first few rides.

Having recently finished a set of physio after sustaining a trapped ulna nerve during Trans Nepal, I swapped out the Salsa Pro Moto bars that we specced the bike with and replaced them with a Jones Loop Bar to offer a greater variety of hand positions. 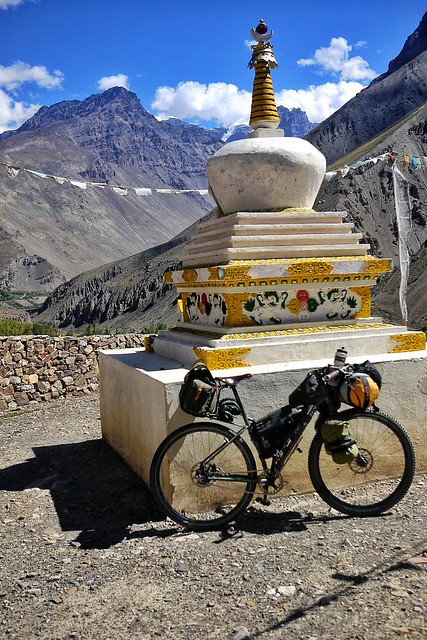 During my time in the Himalayas I used a Wildcat handlebar harness, Carradice saddlebag and saddle bag support, Revelate Designs framebag and Salsa Anything cages.

The Carradice Expedition saddlebag support suffered a stress fracture at the weld as I left the Spiti Valley, due to its aluminium construction it was impossible to weld in India and this was replaced with a Tubus Cargo Evo rack at virtually no additional weight increase.

Personally I found the Wildcat handlebar harness difficult to tension and it needed frequent adjustment to prevent contact with the front tyre on rough descents. In honesty it was probably overburdened with a 20 litre dry bag, something with more structure such as the Revelate Designs Sweet Roll may have been a better option. 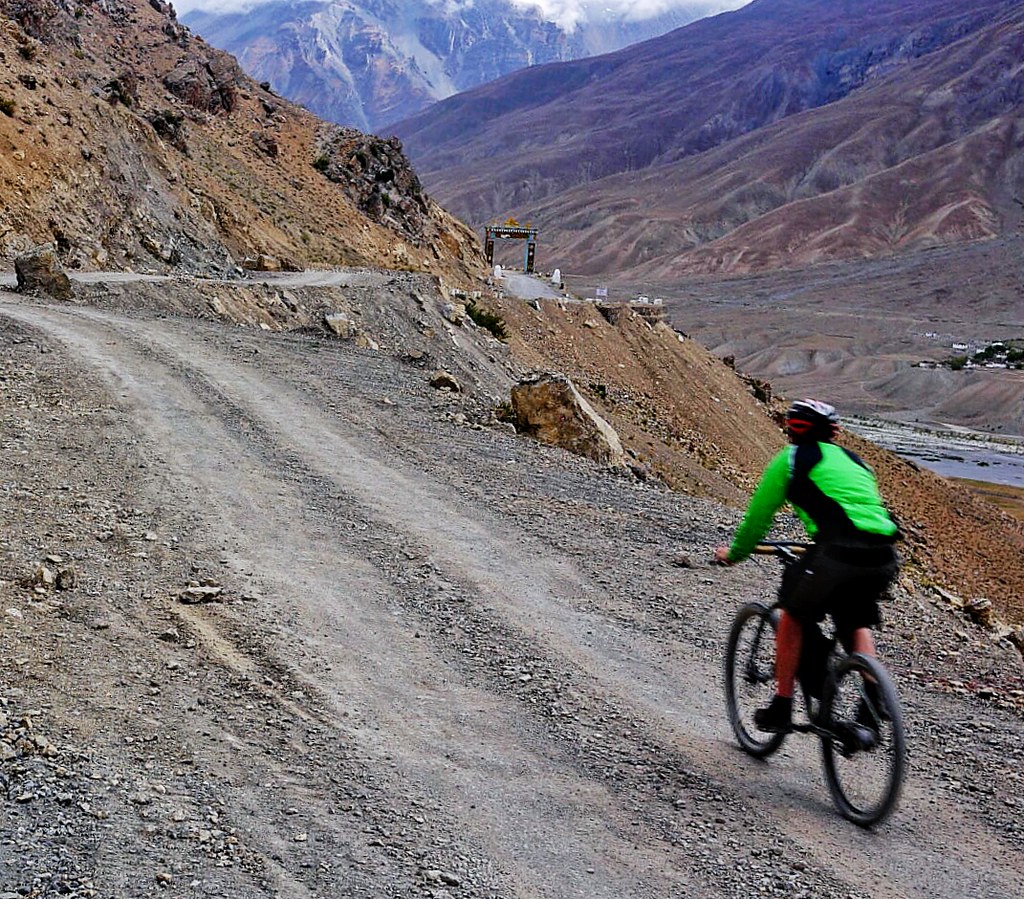 The Himalayas provided a great testing platform for the lightweight set up I intended to use in South America emphasising the need for longevity, durability and where possible field repair.

Bolstering my sleeping bag to something warmer, and adding a few extra books in order to learn Spanish I needed a bit more room in South America and followed Cass’ lead in using a Carradice Saddle Bag as a handlebar bag pairing this with a Salsa Minimalist Rack. 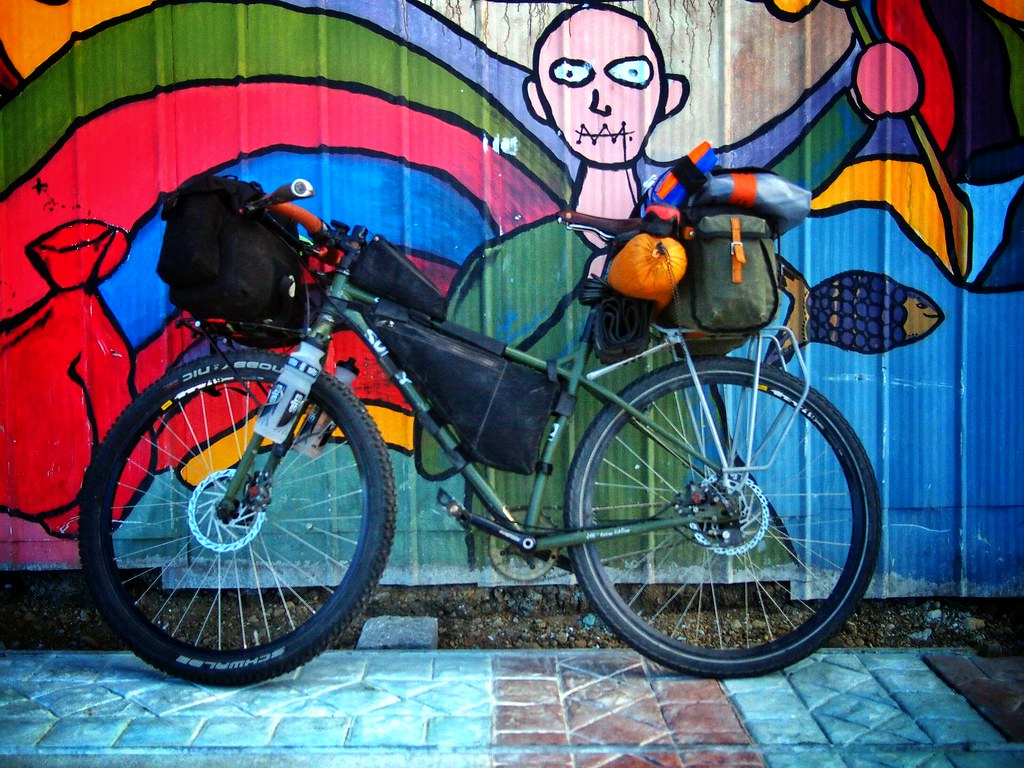 The Salsa Anything Cages were replaced with standard water bottle cages.

Being local to Carradice I was able to go over to their factory in Nelson. David patched my Long Flap Camper and customised one of their Super C saddlebags whilst I waited, just the day before I left for South America. Nothing like leaving things until the last minute! 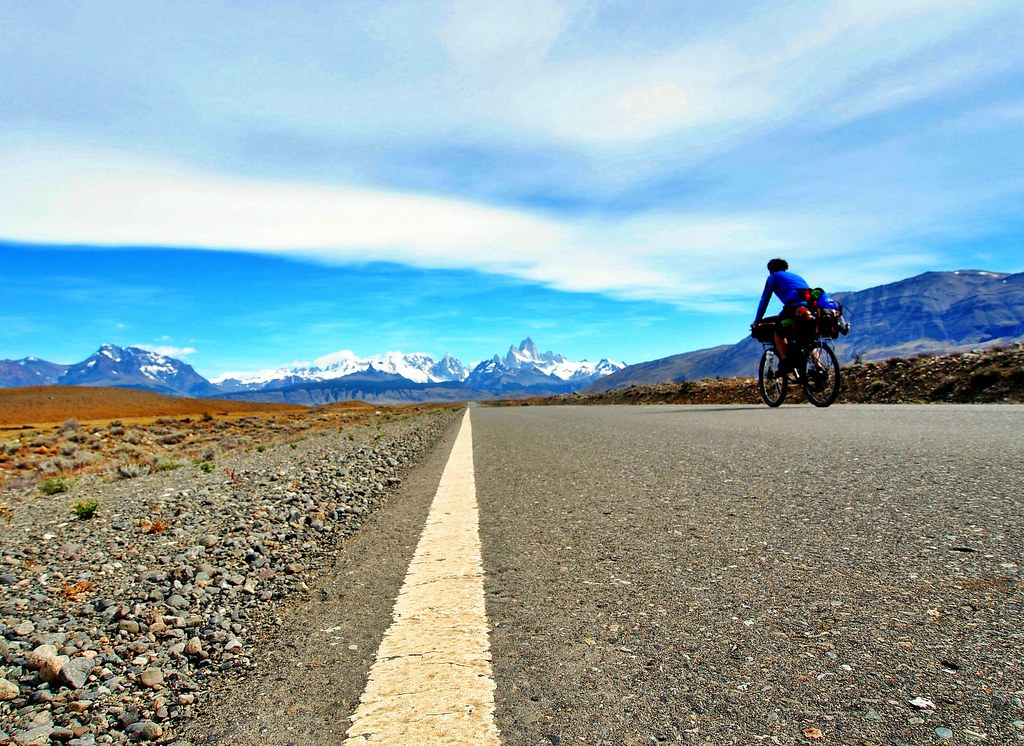 Not many bike reviews come with a comment on the bike shop that built the bike but Rich and Shona are specially deserving of a mention.

Keep Pedalling’s after sales service is simply ace. They have got replacement parts out to me in double quick time. Never failing to raise a smile on their arrival. 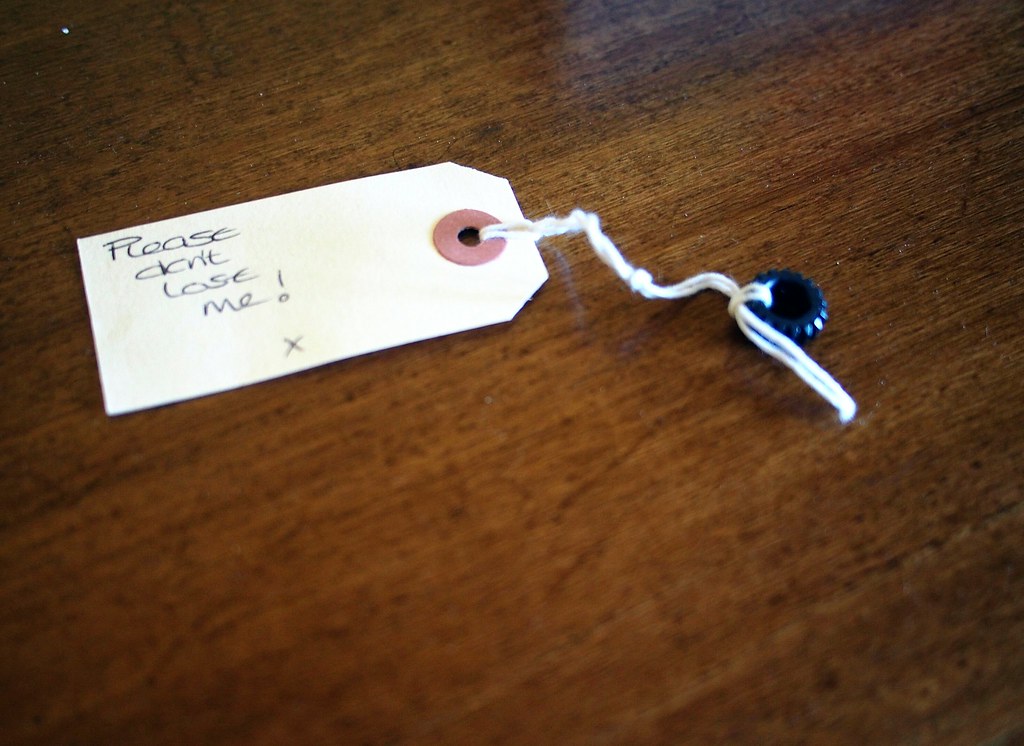 If you are UK based and reading this with a view to building a new bike for future adventures, I have no hesitation in giving Keep Pedalling a massive thumbs up.

Many keep asking me the name of my bike. Until recently it was the bike with no name.

But at the insistence of one of my ship mates from Antartica, I’m happy to reveal my bike is now called Mara!

Only after travelling by bike for a prolonged time to do you get a feel for things you would do differently the next time.

Mara has proved a stellar ripio munching machine and equally at home on asphalt but the bike industry moves at a great pace and a year is a long time.

Below are a few thoughts.

Fat bikes continue to prove themselves as capable touring bikes thanks to the likes of Joe, Kurt and now Cass.

The release of the Surly ECR a 29er+ further adds to the list of available options. Skyler took his for a spin down the Carretera this year.