Posted by Mike on Oct 7, 2013 in Cycling in the Himalayas, Himachal Pradesh | 8 Comments

After pedaling uphill for two days the ceremonial sign for the Kinnaur valley welcomes you to the valley. 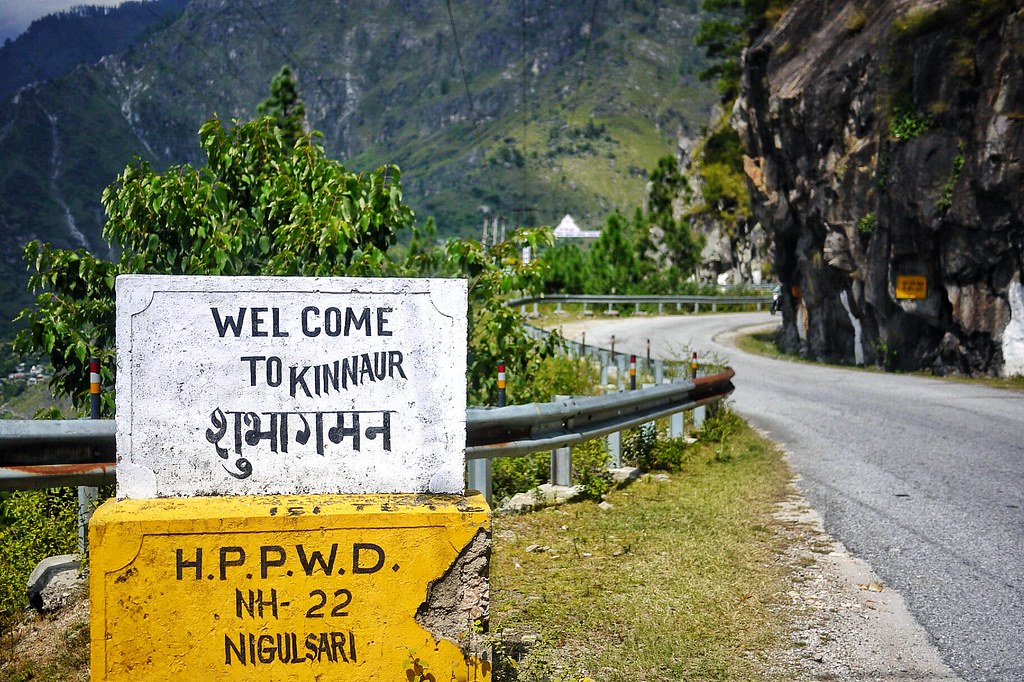 By now the road clings to the side of the steep valley walls,  and carves its way through the sheer rock faces only with just enough room for an Indian truck and no more. The driver’s mate having to guide the driver through each twist and turn of the road with a blast of his whistle. 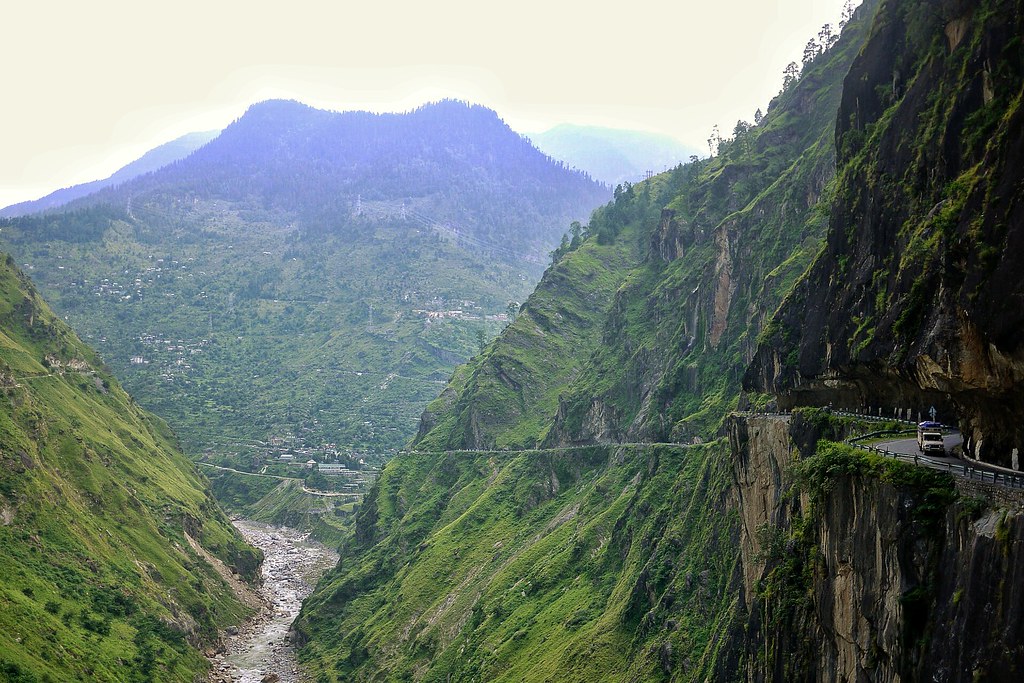 Weaving under overhangs, the barriers tell the tale of many near misses, and rocks make temporary barriers where others haven’t been quite as fortunate. 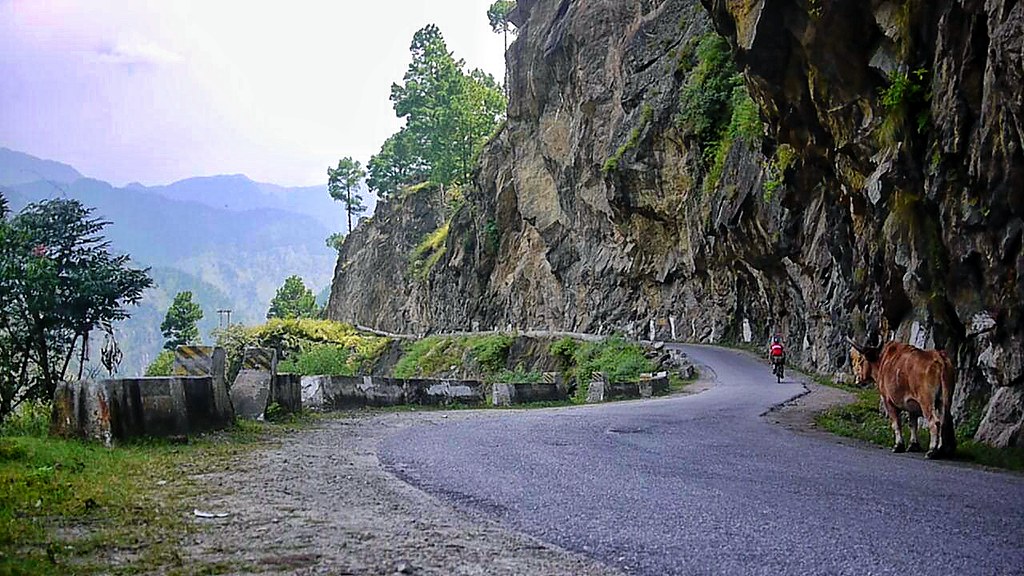 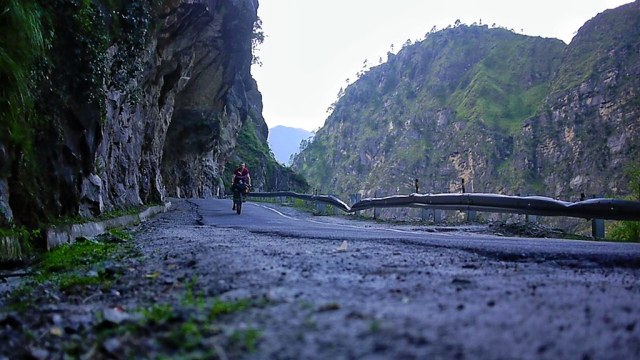 Dropping down from Nigulsari I stop to watch as apples are winched down to the road side from high up the valley. I chat with the guys operating the winch and as I leave they give me some apples and wish me a safe journey, something I encounter frequently over the next few days. 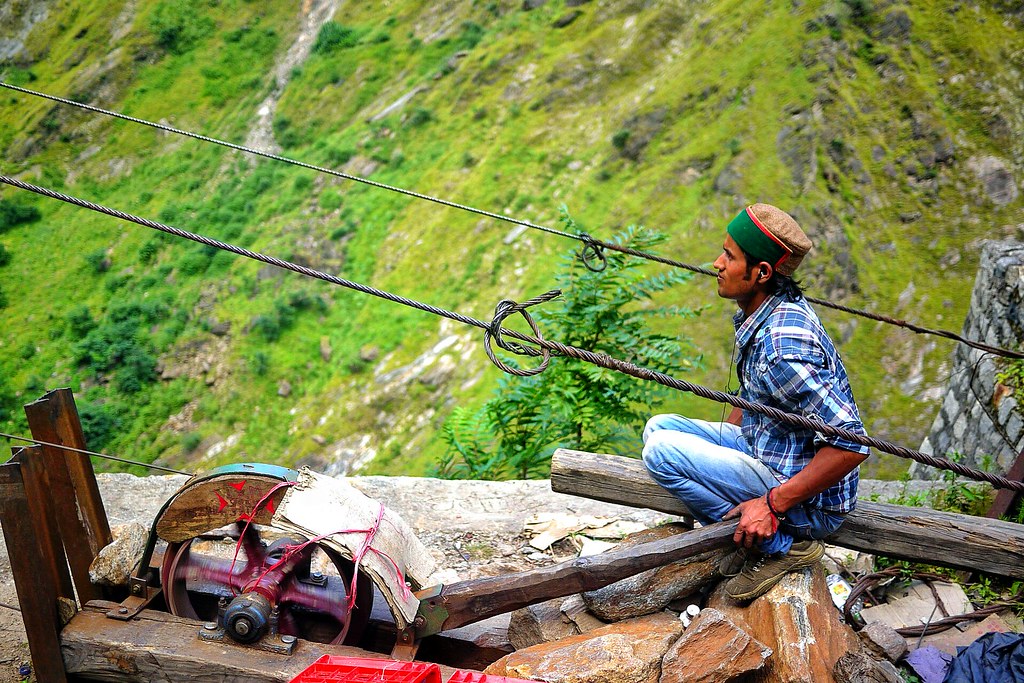 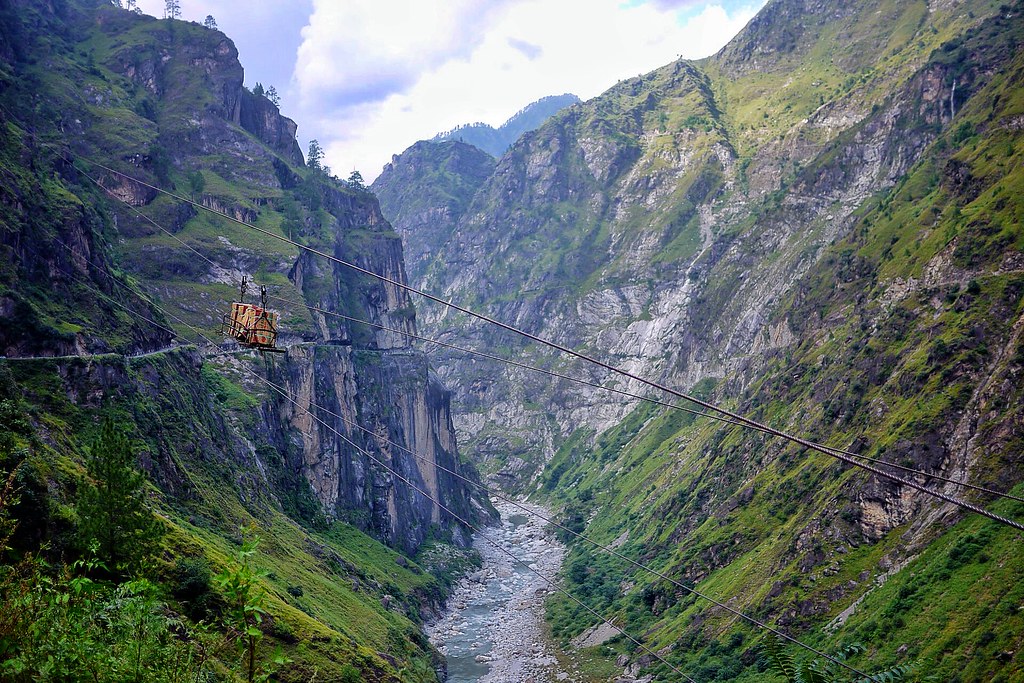 Dropping down to Wangtoo Bridge the dwindling strip of tarmac gives way to dirt road and alternates between small patches of tarmac and dirt road all the way to Recong Peo the state capital of Kinnaur. 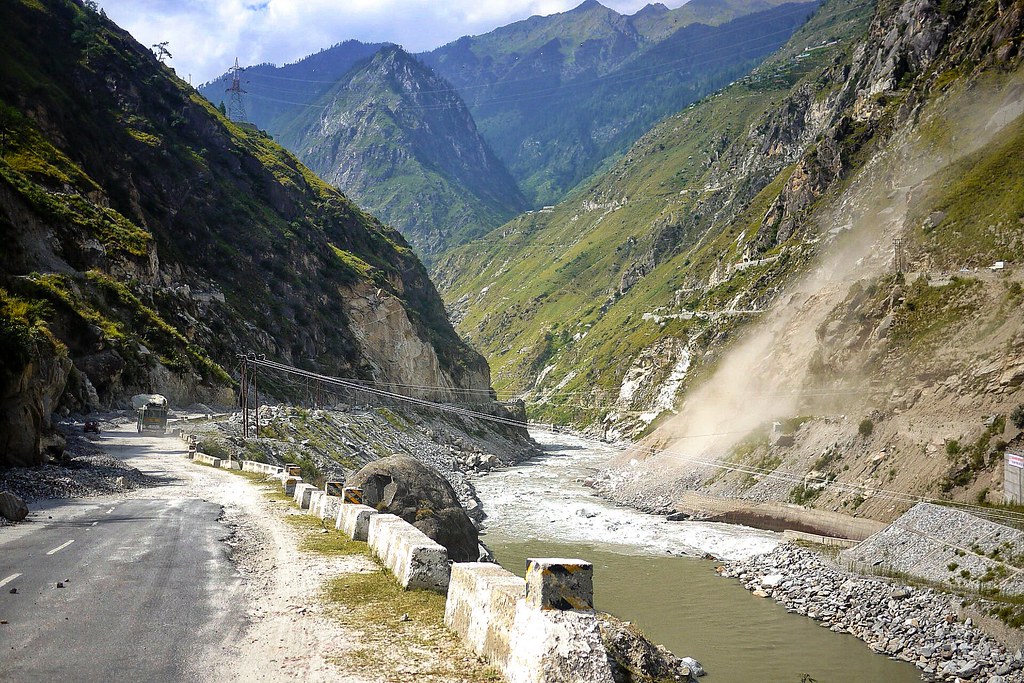 Weaving between a series of tight river valleys, the road is frequently rerouted and diverted as landslide after landslide blocks the old road and forces a new way to be found. 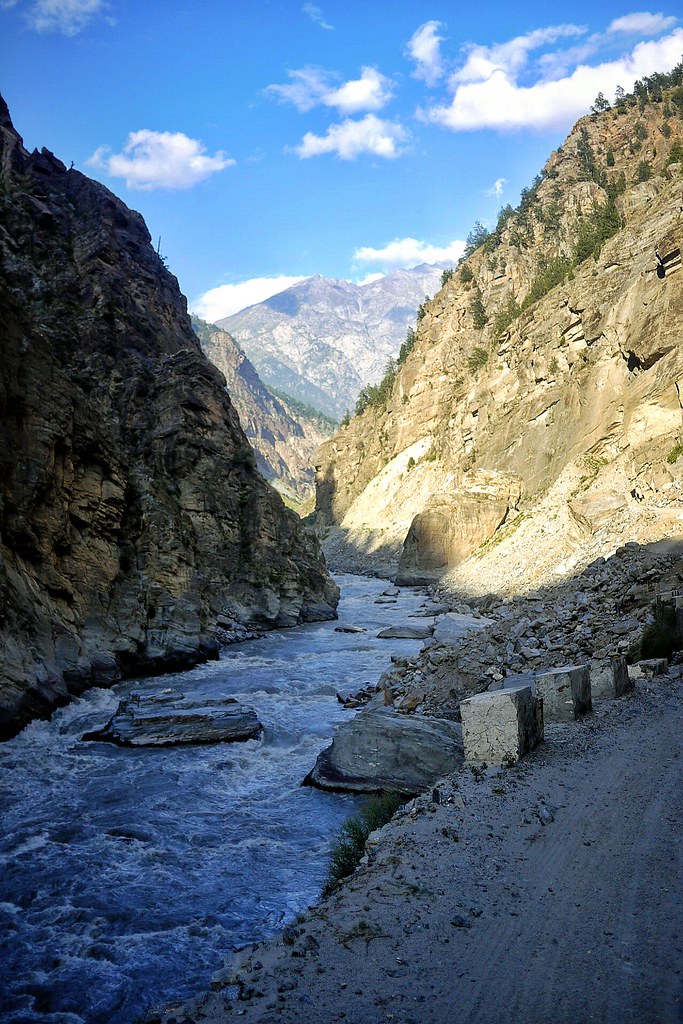 Arriving in Recong Peo I learn of a landslide blocking the road towards the Spiti Valley but with an Inner Line Permit to arrange most of the day is gone before I have the permit in my hand. 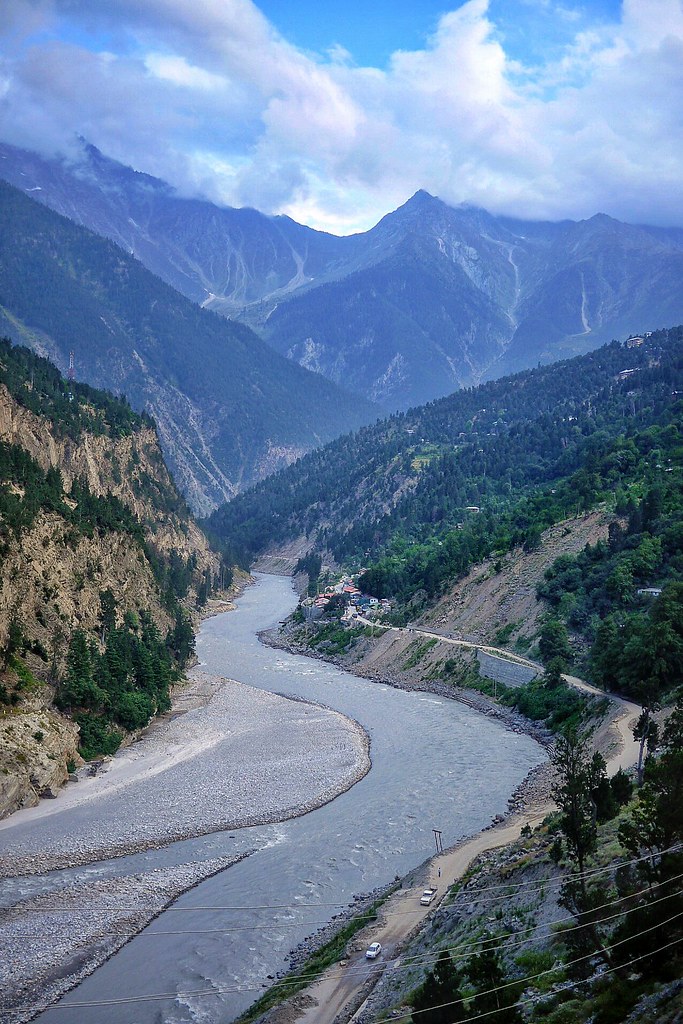 The next morning I leave Recong Peo and find the landslide cleared but with a backlog of traffic, it makes for an unpleasant mornings cycling as I jostle for position on the narrow and dusty roads, frequently having to pull offer to let lorries past on narrower sections. 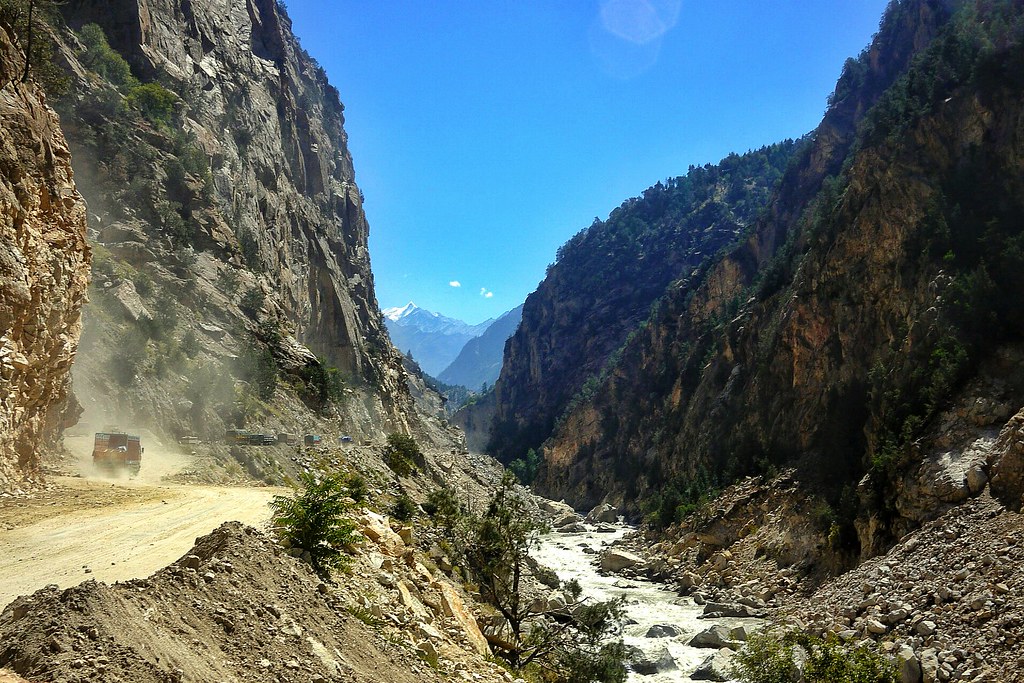 Akpa offers amazing views of the Kinnaur Kailash mountains, I’m covered head to toe in dust and dirt as the officials register my details upon entering the Inner Line Permit zone. 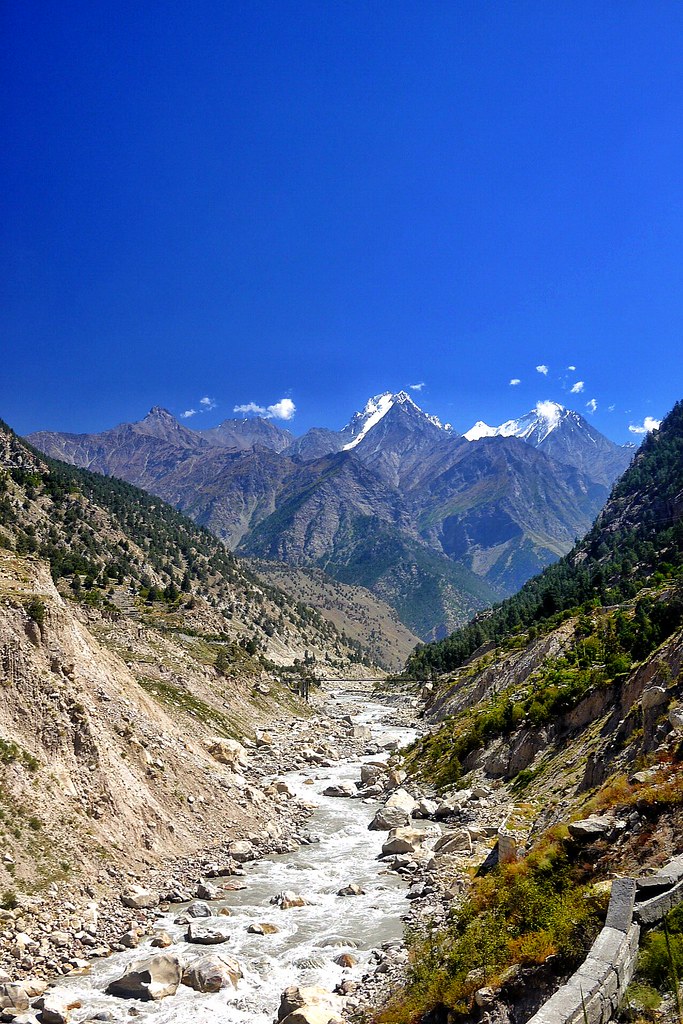 With its close proximity to Tibet photography is forbidden of the road, bridges and side valleys so photography is restricted to people, and the occasional moment I have when there is no one else on the road.

The road to Pooh is a desolate place, the steep sided valley give it a cold and eerie feel. The volume of trucks passing me generates frequent rockfall from the scree above and I’m forced to seek shelter under overhangs as rocks the size of house bricks tumble down.

Further along the road I meet Antonio and Rafela a couple of guidebook writers from Brazil, followed by a chai stop courtesy of the Indian army. A solitary outpost with only his dog for company, its easy to understand why he was keen to stop passing traffic for a brief chat. 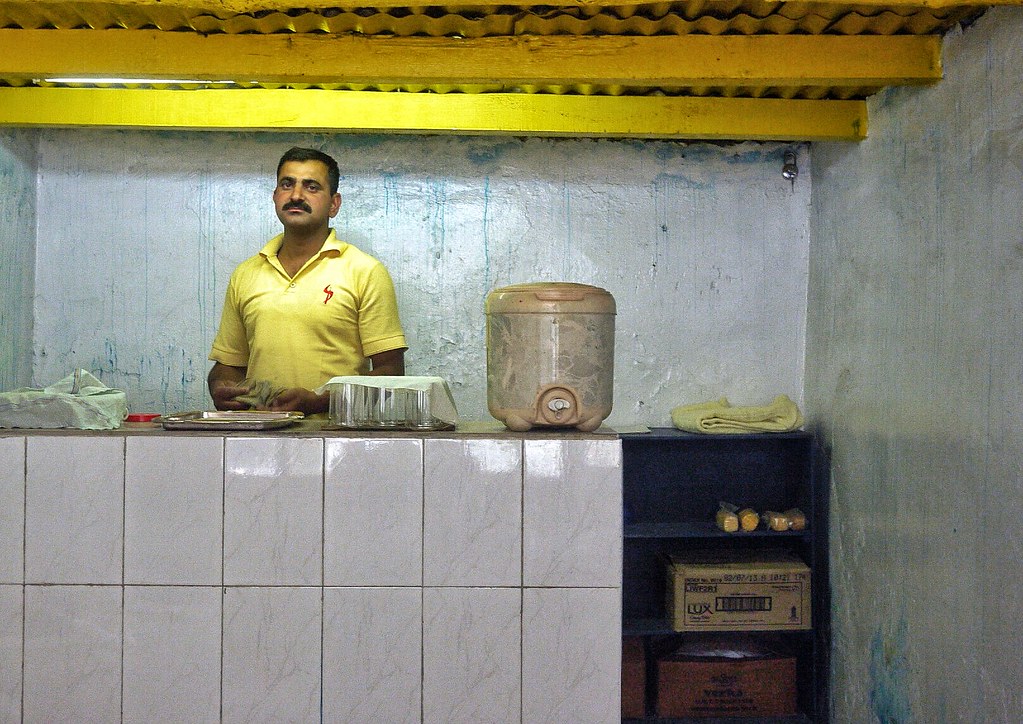 In Pooh I met David a fellow British cyclist coming from the Spiti valley, we eat together and he tells me of the road to come. Its a relaxed evening spent in good company.

Leaving Pooh the following morning I significantly under estimate the amount of water needed, the dry arid moonscape I climb through offers little in the way of water and I roll in to Nako feeling the effects of dehydration and altitude for the first time in the trip.

The road through Nako is packed with wedding guests, the two families dance in the street before retiring to home for revellery. 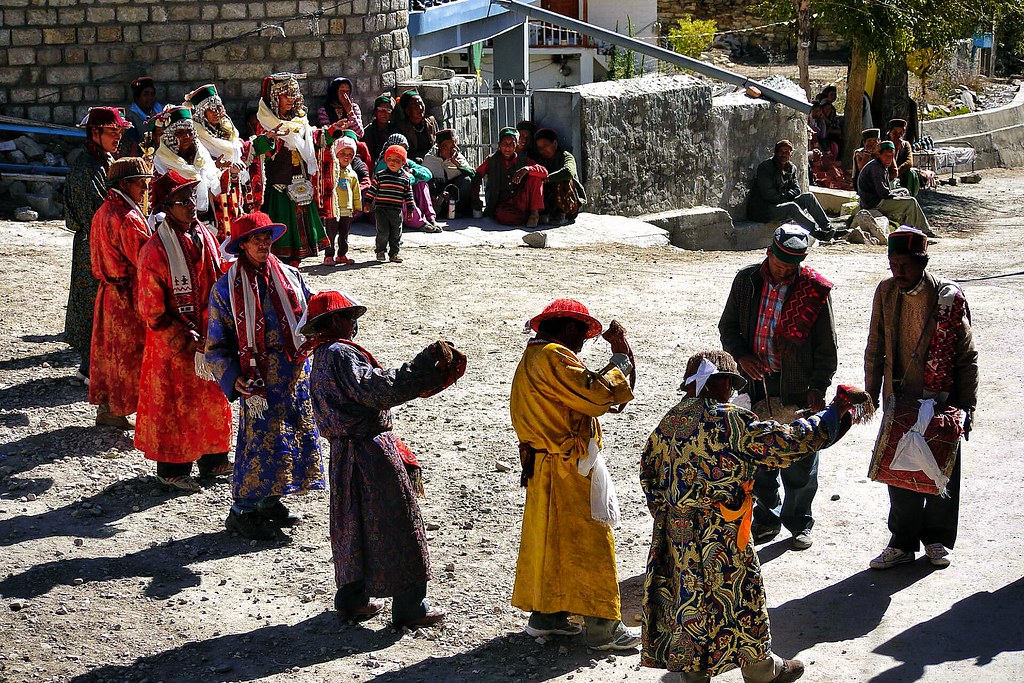 A band pipes up and all the men dance, its interesting to see all the Kinnauri caps and jackets on show despite seeing them fleeting so far. 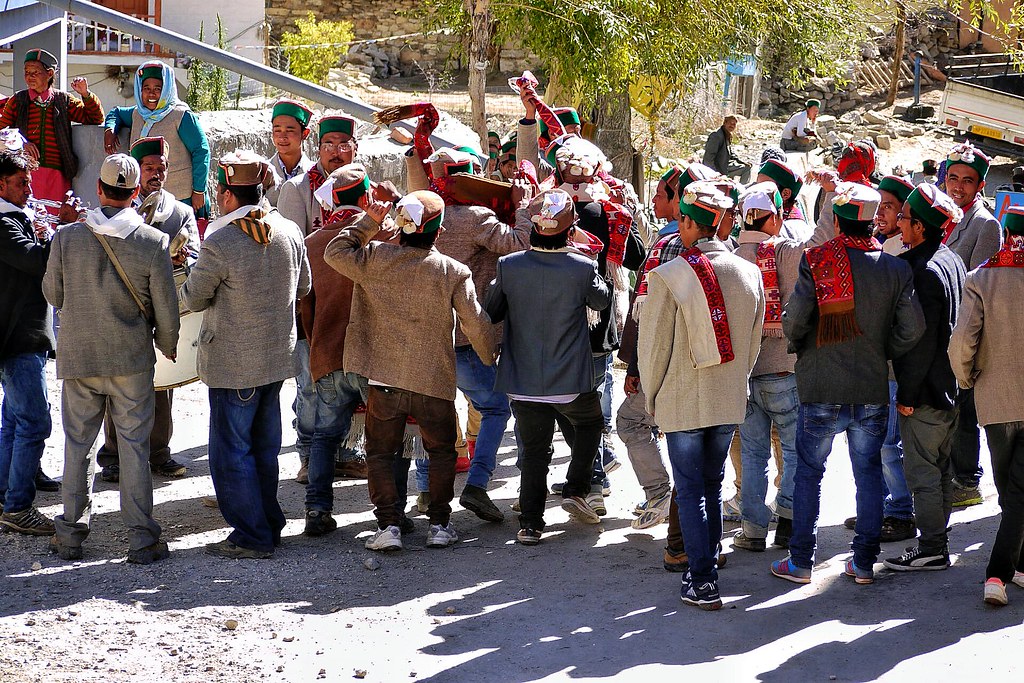 In the evening I have a wander round the village, Tibetan influence is everywhere from the prayer wheels entering the village, the lone prayer flag fluttering in the wind to the Buddhist carvings around Nako Lake. Its a peaceful place which you could stay for a couple of days after everything before but the lure of the Spiti is great. 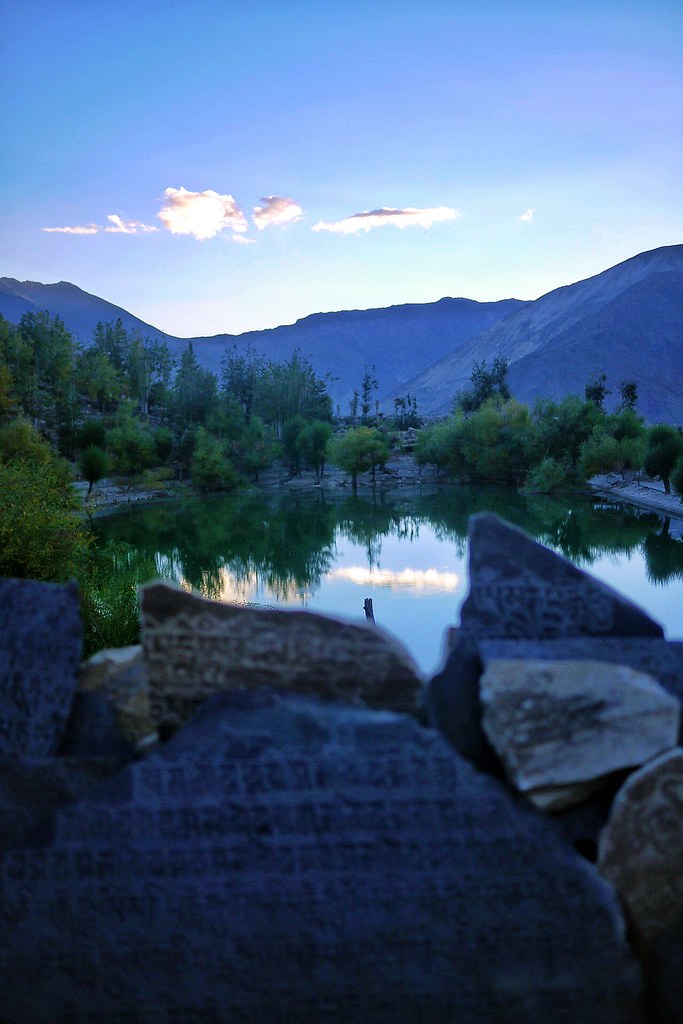 The following morning sees me breathless once again as I ride over 3,800 metres and Mahling Slide this landslide prone area is fortunately clear and I ride one of the best descents of the trip so far. If it wasn’t for the approaching Inner line Permit checkpoint in Sumdo I would have snapped some photos!

From here it’s a short ride along the river through the Spiti ceremonial gate and out of the inner line permit zone.

Whilst on the road I heard about the Tibet Hindustan Highway albeit a little too late, for those planning a trip to this region it would his cut out the busy section of road along the Sutlej and lower Kinnaur Valleys.

Pikes on Bikes:Getting High in Himachal

Leave a Reply to Chris Goodman