The cycling in Spiti Valley drew me to this westerly corner of the the Indian Himalayas, each account I read overflowing with superlatives. The only ones I can offer are: breathtaking and magical.

Each twist and turn offer an ever changing horizon, gone is the harsh light and arid almost moonscape like conditions of Upper Kinnaur. The Spiti valley is no less arid, in fact its classed as a high altitude desert but as the late afternoon light begins to cast shadows on the hills it begins to draw out a new palette of colours in the hills. 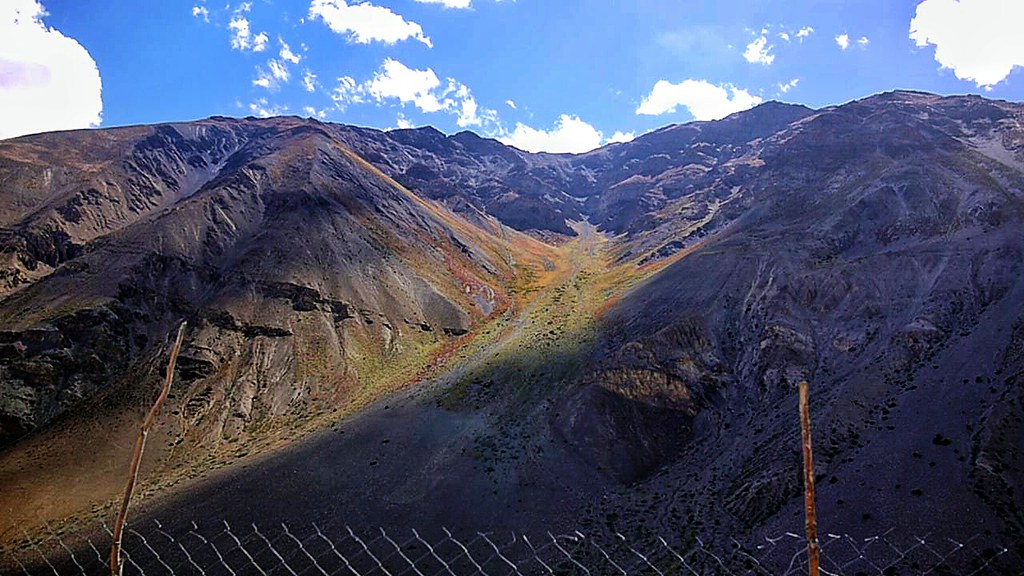 Harsh, sun bleached browns, give way to softer browns and greens as the valley widens, the road traverses high above the river Spiti. 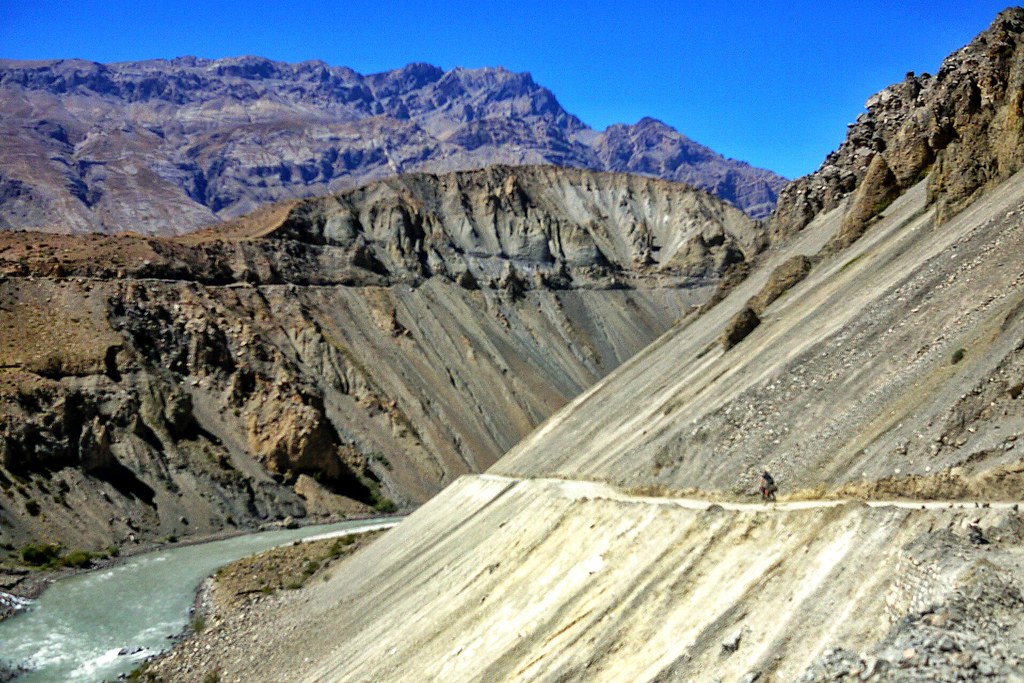 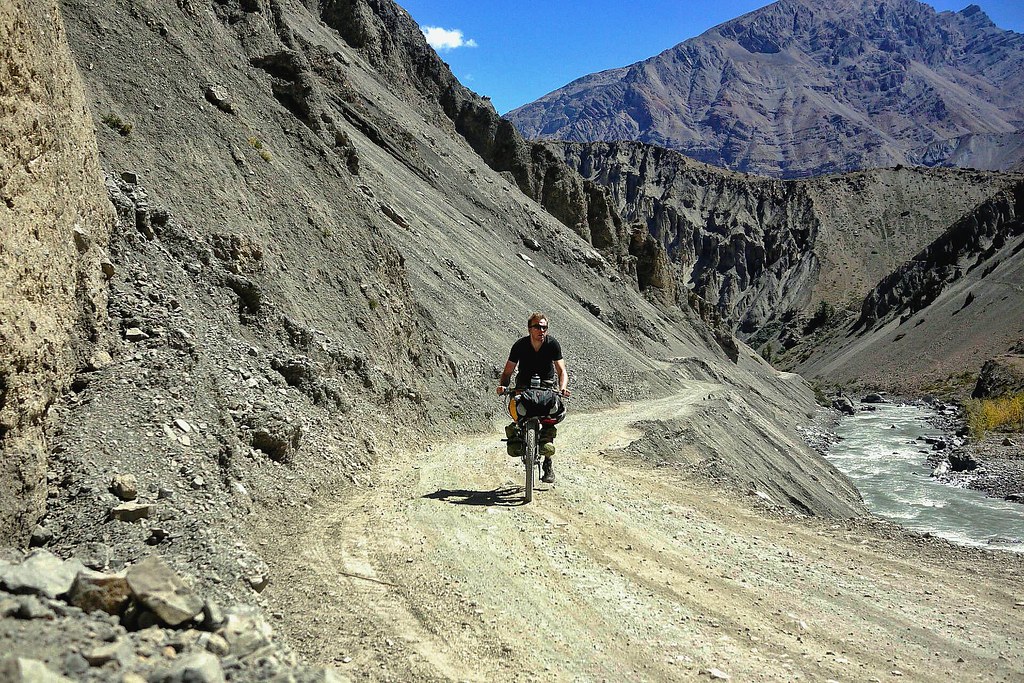 By Hurling the river valley opens up to reveal a wider glacial river valley, winches and pulleys spanning across this wide expanse with small settlements scattered in and amongst. Fire wood is left to dry beside the road as villagers make preparations for winter. 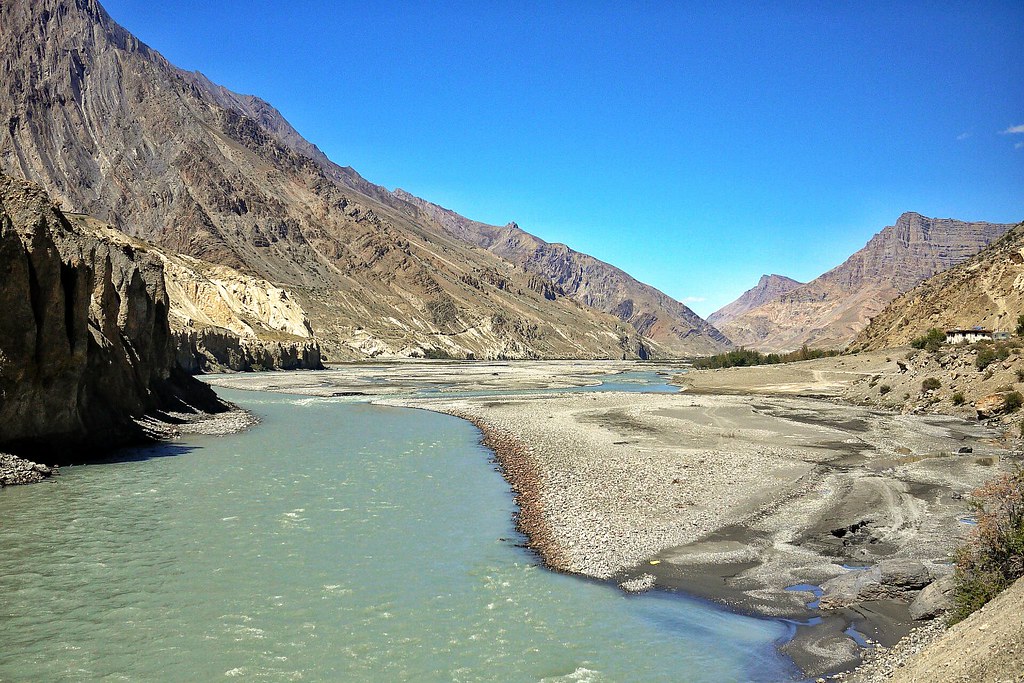 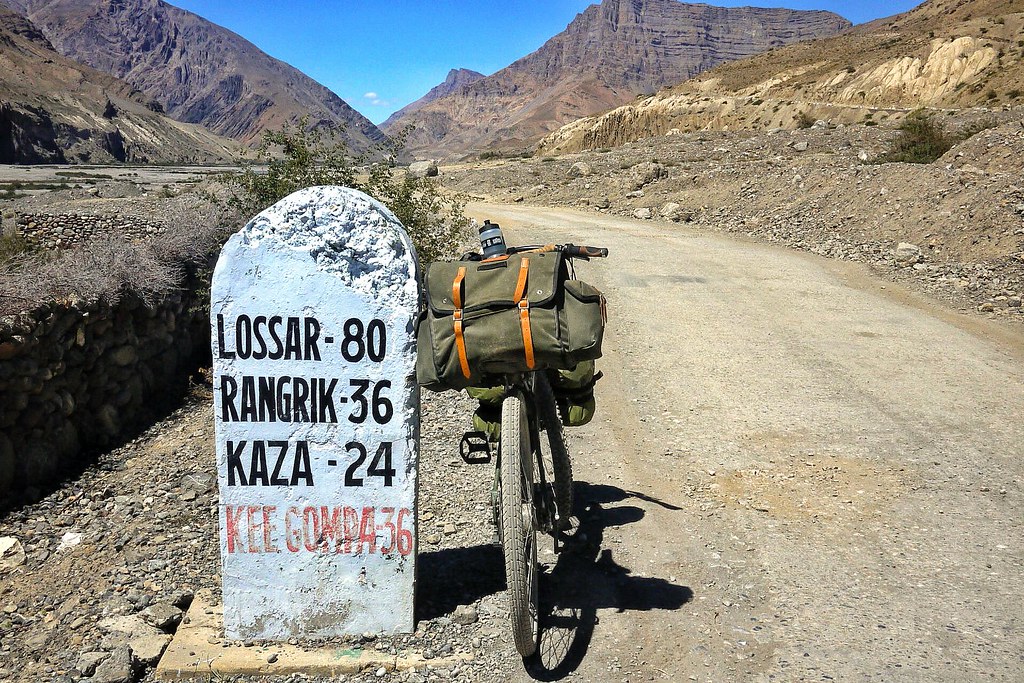 Tabo monastery reveals the significance of this valley with paintings inside the Buddhist gompa dating back over 1000 years. Meditation caves perched high up on the hillside, the road frequently passing chortens. What little traffic there is dutifully performs a clockwise kora around each of them. 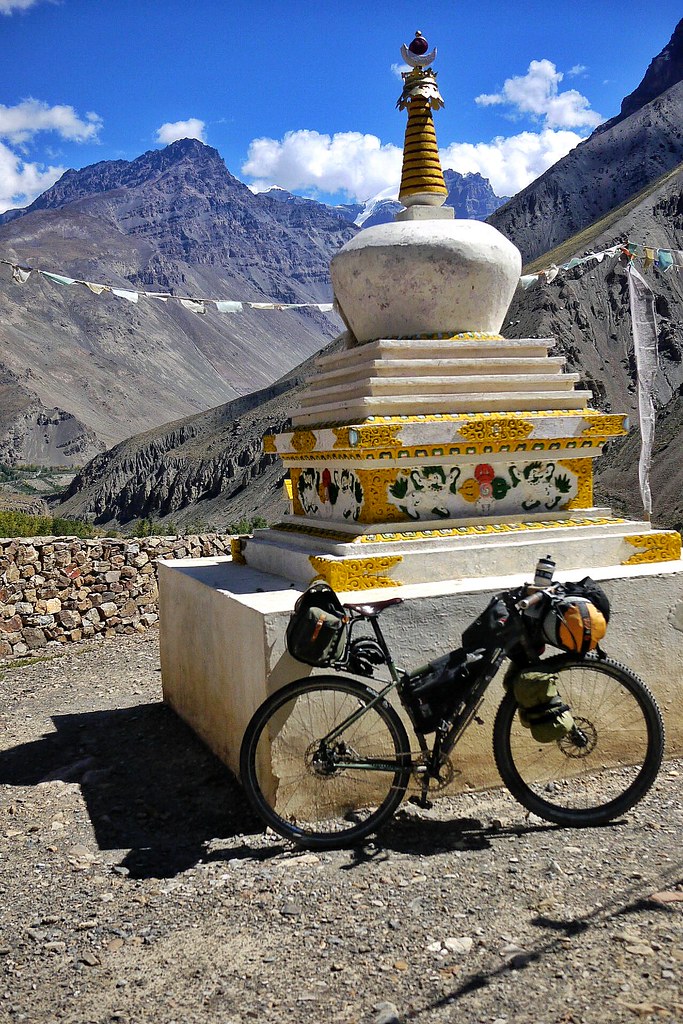 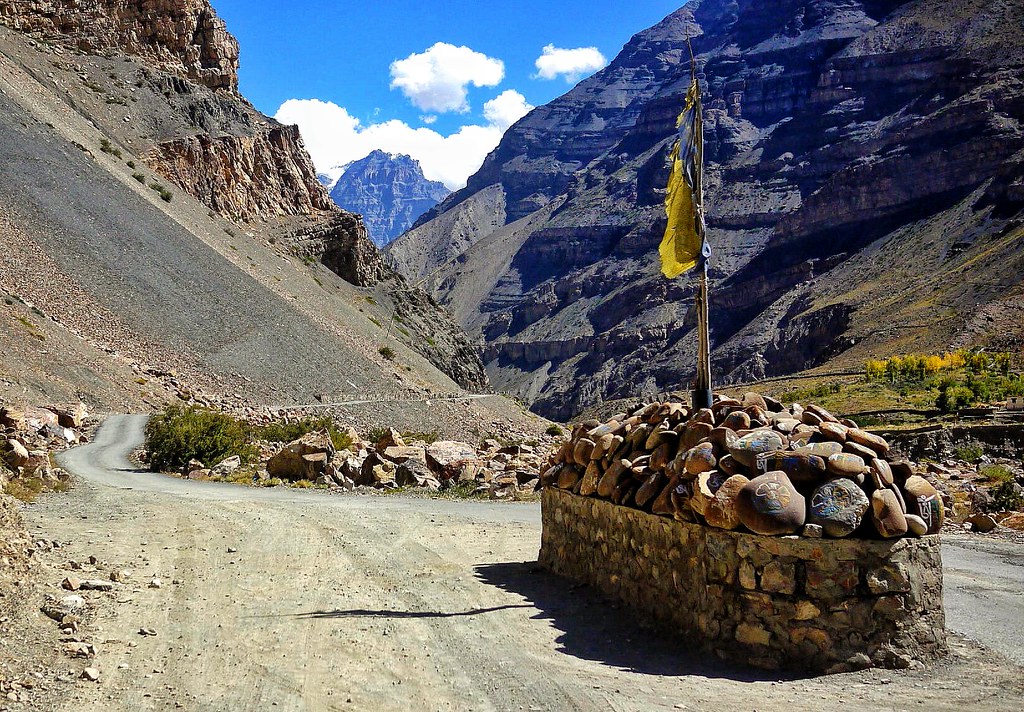 Kaza acts as a base for me to explore the hills above the state capital but the few days I spend are punctuated with unsettled weather, power cuts and evenings spent by candle light. Each day reveals snow advancing down the valley a clear sign to leave if I’m to make it further north. 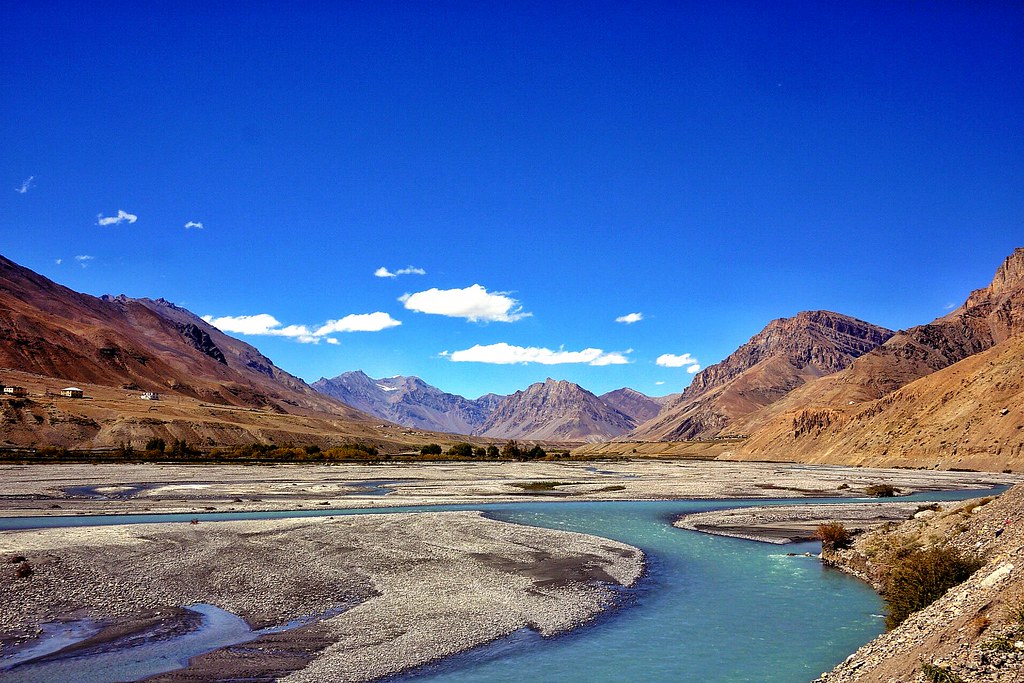 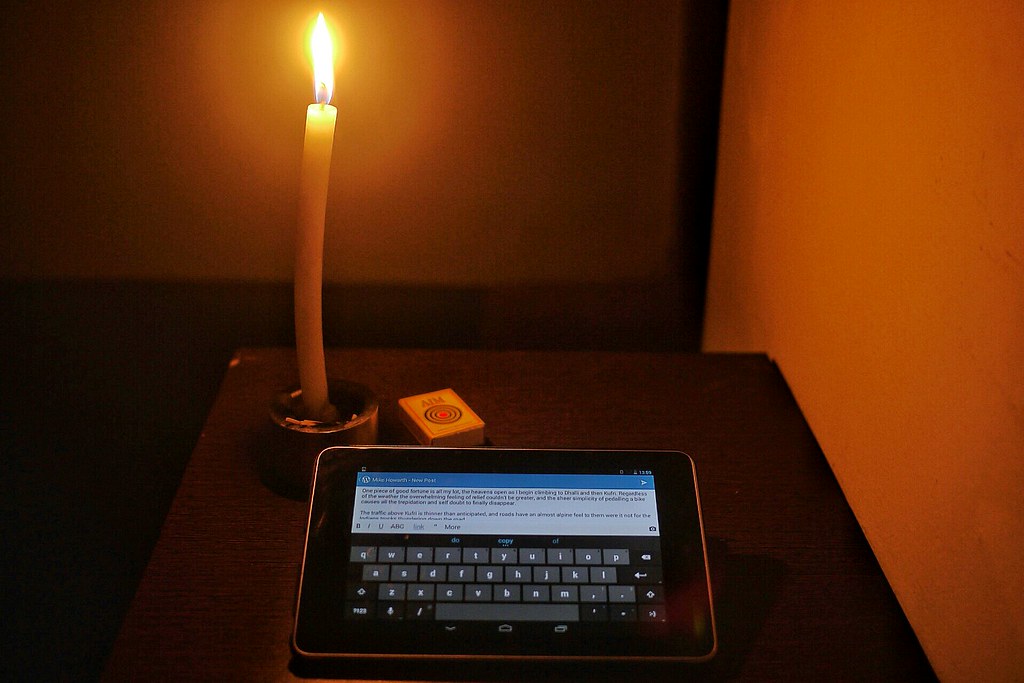 Leaving Kaza the road switches banks of the Spiti, a new perspective offered as views reach up to Ki Gompa and Kibber. The warm temperatures give way to a chillier feel as I ride into storm clouds and head winds things feel more autumnal. 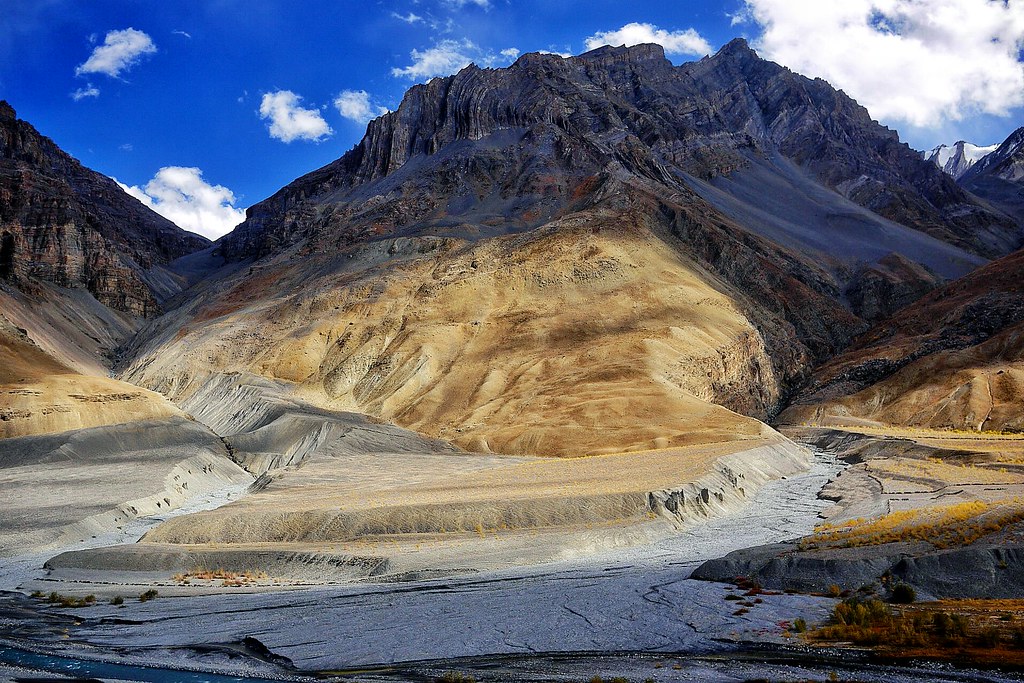 The villages of Rangrik and Hull, are perched high up above the Spiti on flat topped glacial moraines, offering small scale grazing and farming.  Frequently the road descends steeply to cross a tributary of the Spiti only to climb steeply back up the other side. 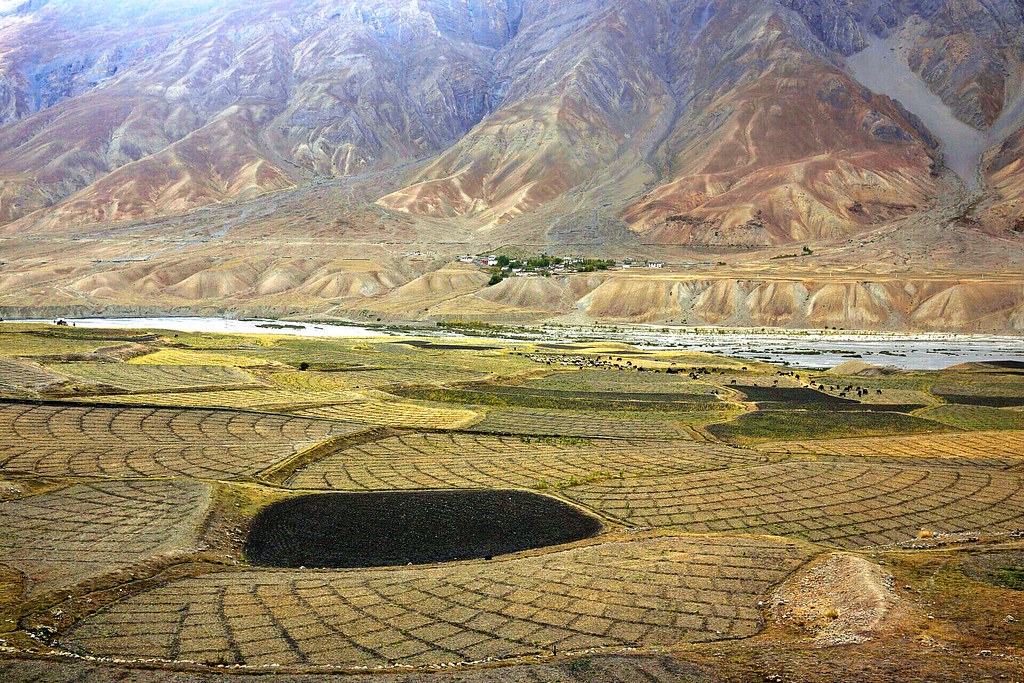 Leaving Losar the snow line is visibly lower than previous days and perfectly frames the ceremonial gate as I leave. 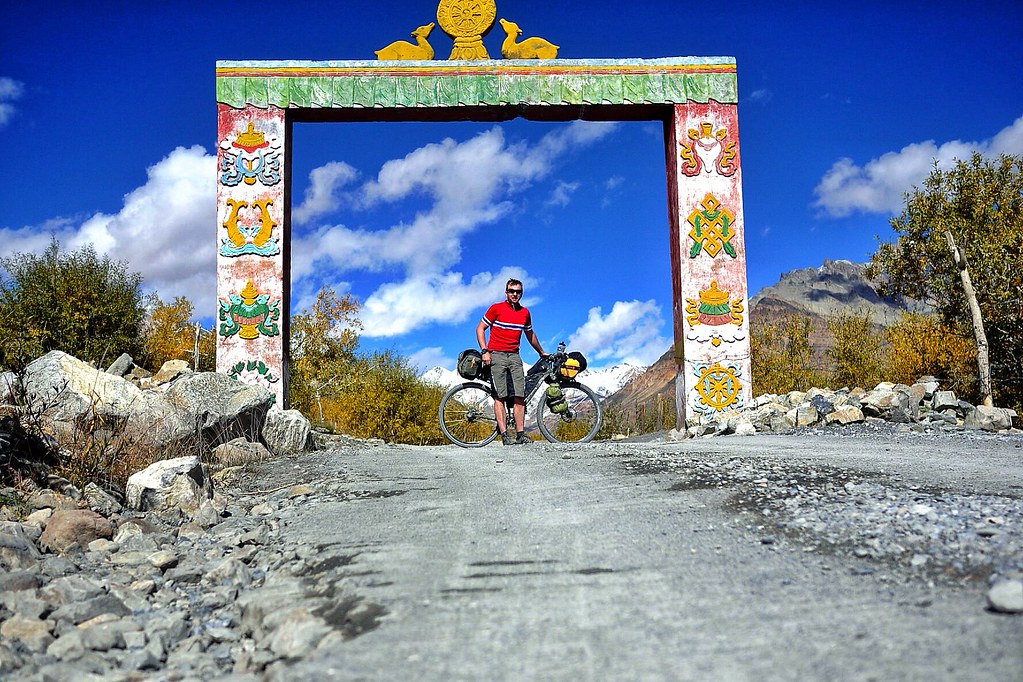 The ride up to Kunzum La (4500 metres) passes easily as I cross grey and pink rivers contributing to this valleys intense colours and wild desolate feel. 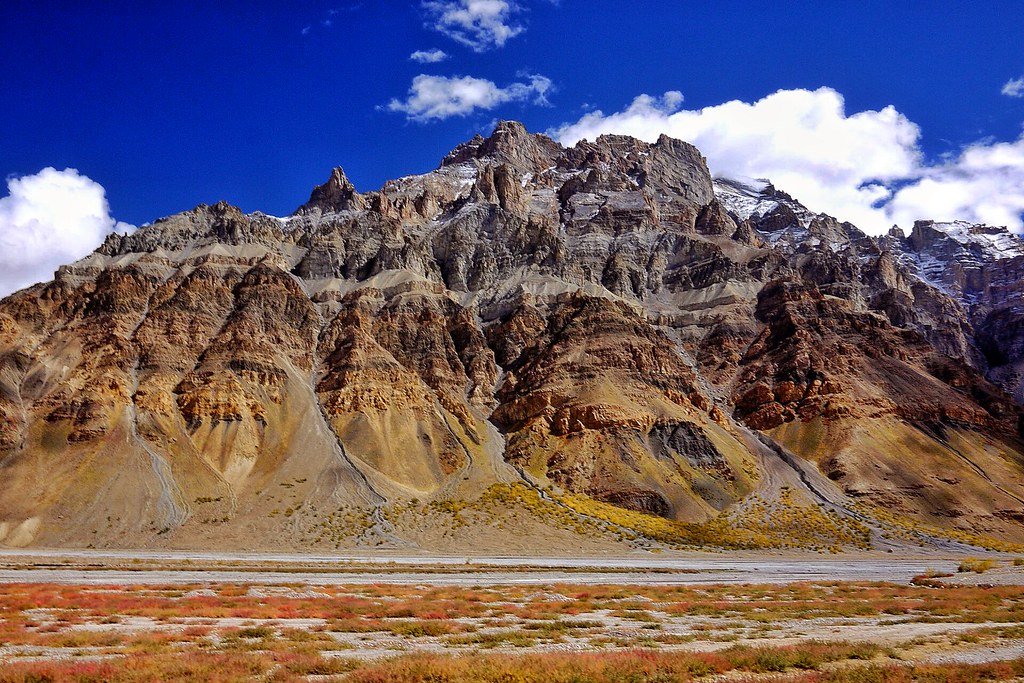 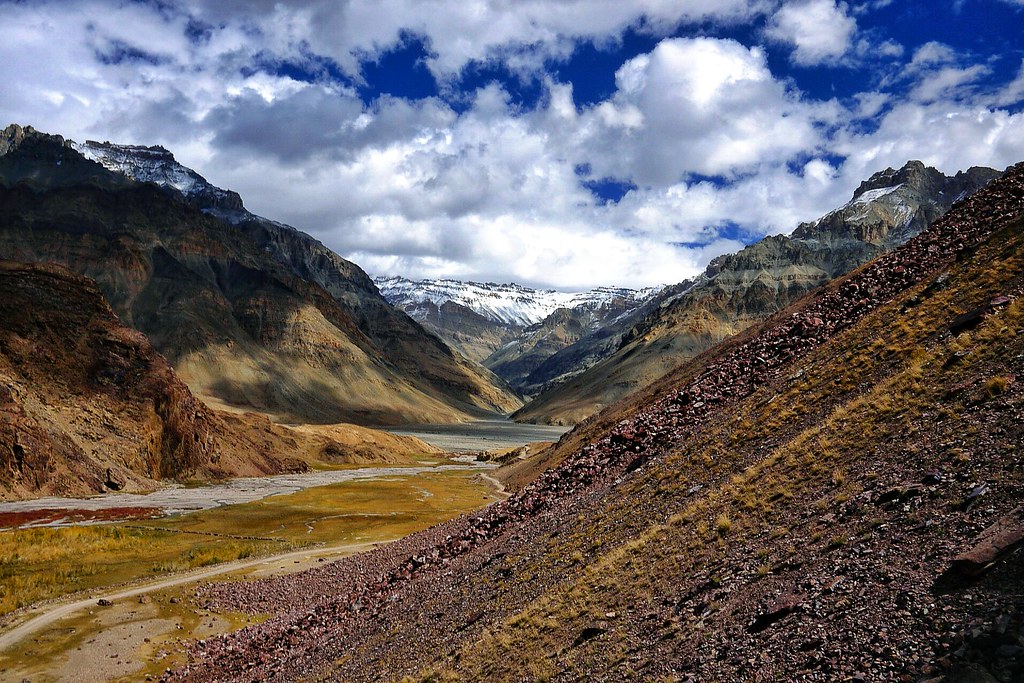 Reaching the top of Kunzum La storm clouds brew, time for some quick photos before a rough and chilly descent down the other side. 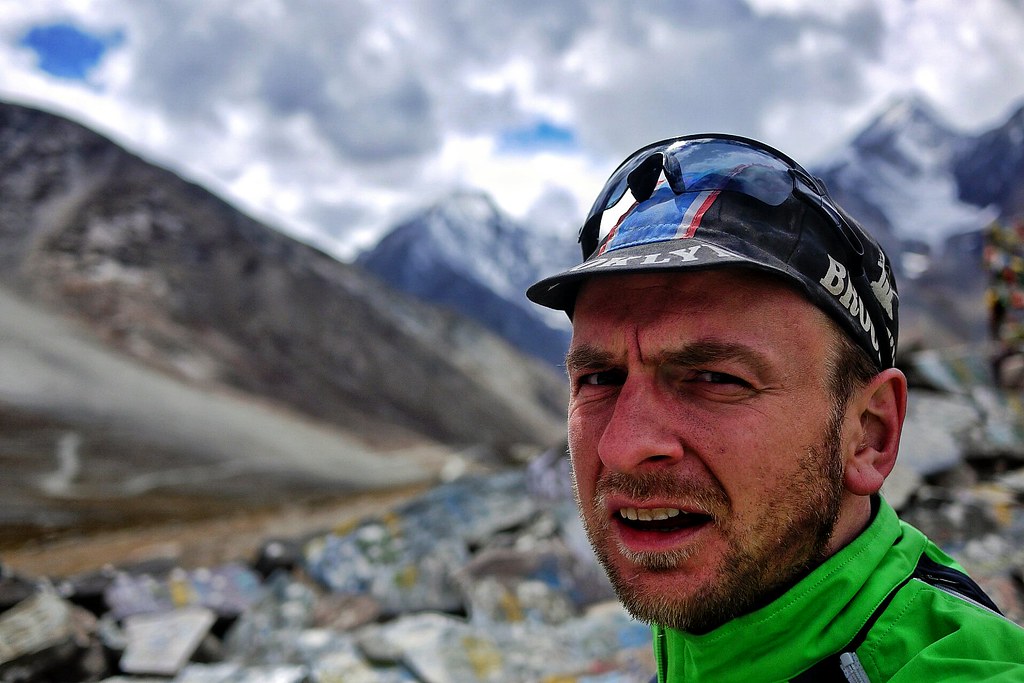 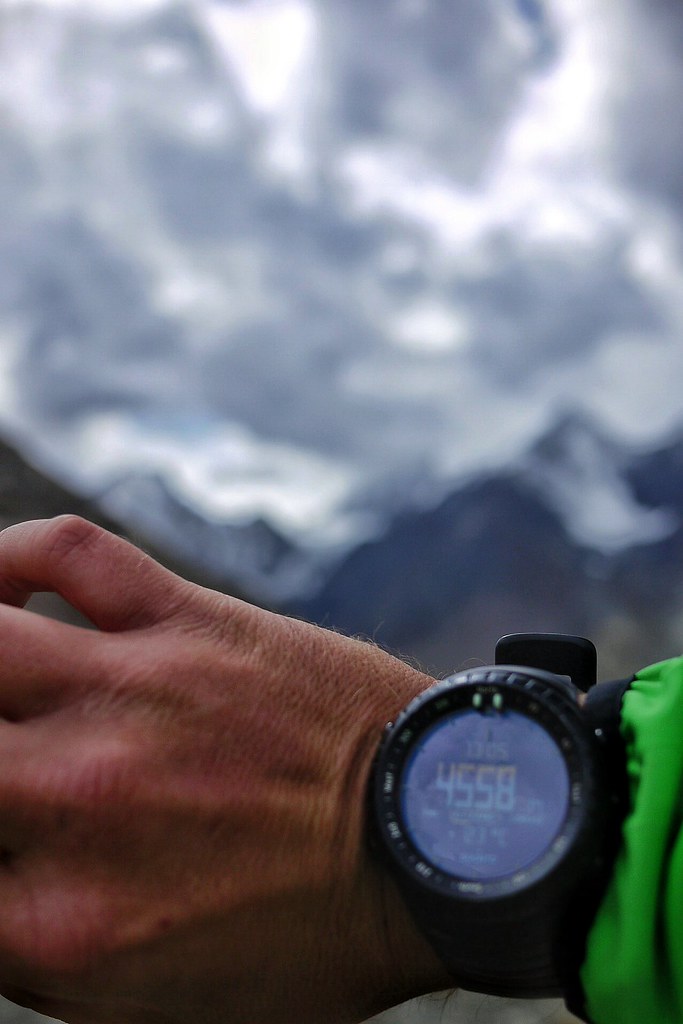