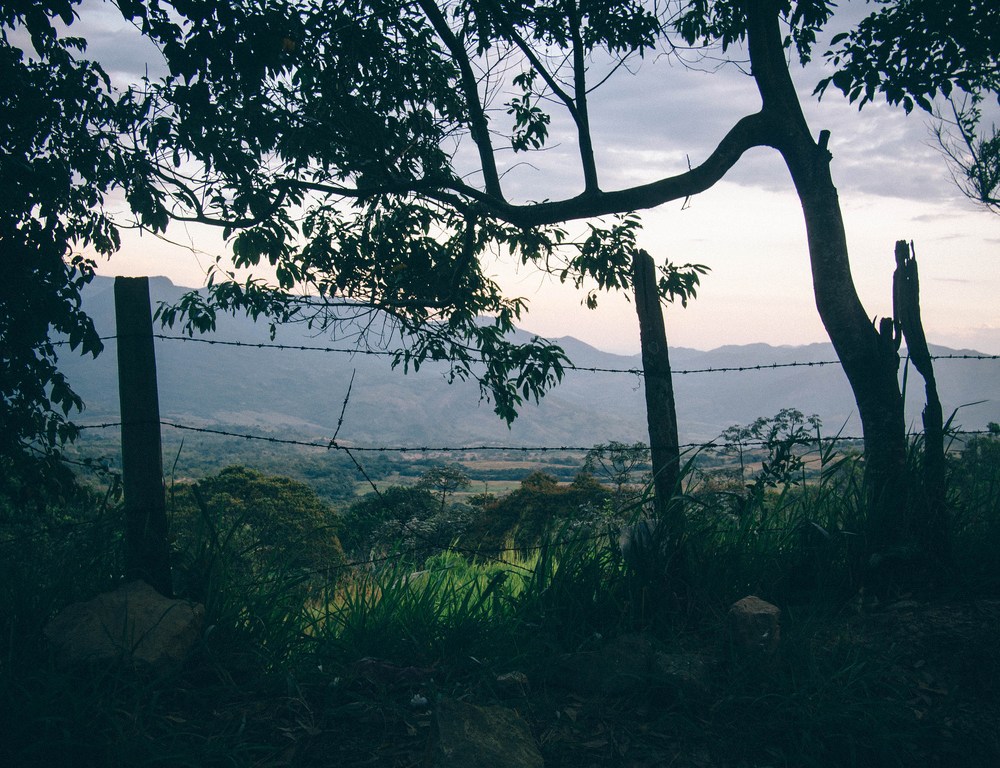 Whilst originally planning my journey through South America, the mere mention of Colombia induced plenty of air sucking, and well meaning (if ill informed) cautionary tales. Pablo Escobar, drugs cartels, armed guerillas seemingly the extent of many people’s knowledge of this beguilling country.

There is no shaking the country’s dark and murky past. Thanks to an insatiable demand for cocaine from other countries, Colombia was in turmoil during the 1980s and is only now beginning to catch breath and rebuild itself. Yet every traveller I met during my travels recounted tales of the Colombians amazing warmth, hospitality and kindness, only further adding to the allure of the final country in my South America trip.

With such expectation, Colombia certainly had a lot to live up to. Within 100 metres of crossing the Colombian border a comedy sketch unfolds in front of me as a trio of friends sway and swagger down the road, suffering the after effects (or the continuation) of the previous night’s revelery. The soberest of the bunch tries to keep things in check until they all eventually end up on a heap on the floor. Welcome to Colombia.

With a smile on my face, I succumb to the typically relaxed Sunday atmosphere that envelopes all of South America, stopping frequently along the road to sample the road side food stands and the inevitable questions the fat bike frequently draws. Where is the motor?, Is it slow?, Is it heavy?

There is no getting away from the warmth of the Colombians, inquisitive by nature they enquire about my travels, where I am going, what I think of their country. Like accomodating hosts, the Colombians spoil me, shouting me meals, giving me drinks and sending me on my way with bundles of fresh fruit. The unified message I hear throughout my travels, ‘Things have changed’, ‘Life is better’, ‘We are free’.

Skirting the chaotic city of Pasto, I catch the last of the sun’s rays at Laguna La Cocha. 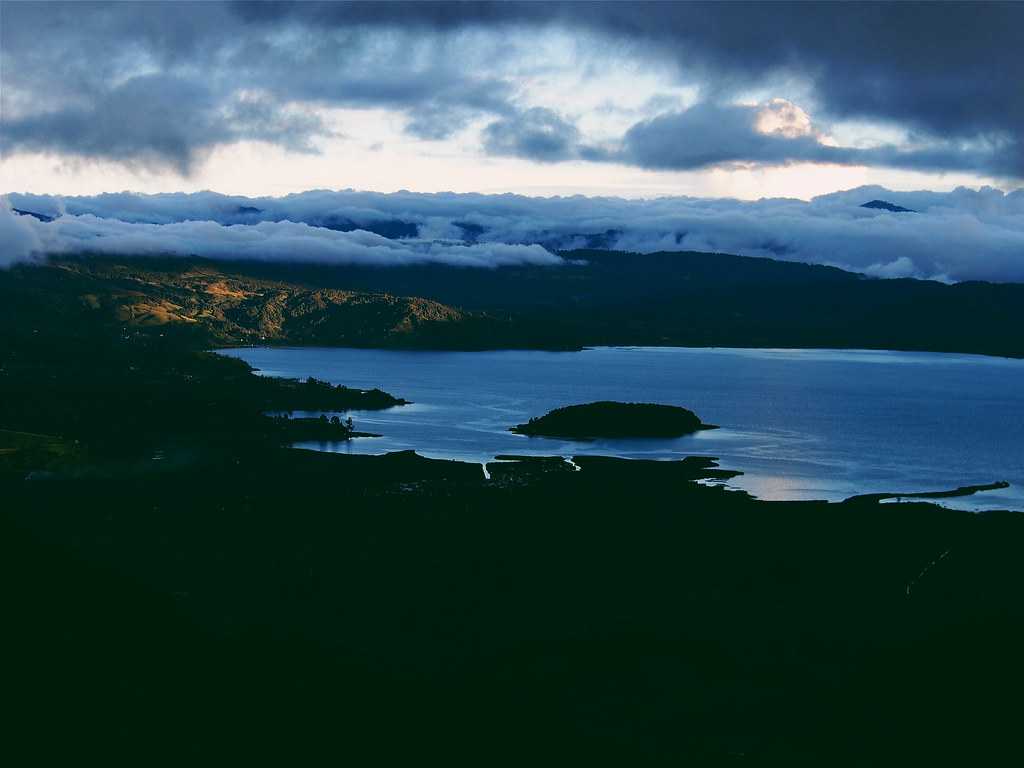 Encountering south bound fat bikers Dan and Gina early the next morning, we chat and exchange info on our journeys. 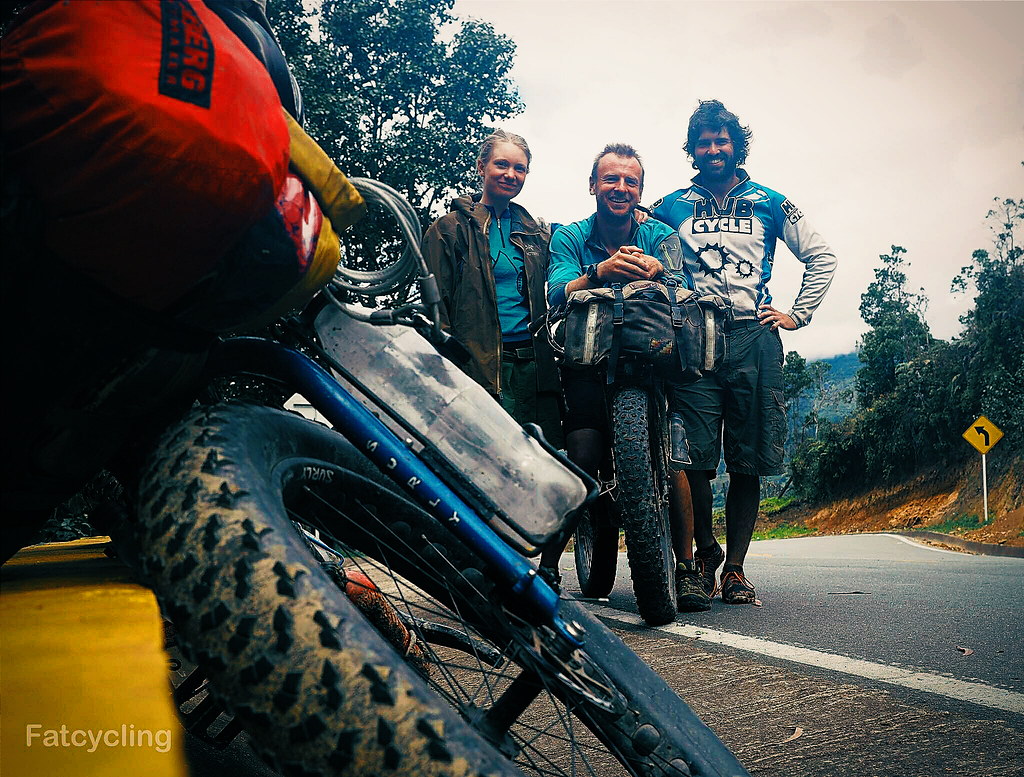 After the flatness of the Sibundoy valley, so begins the Trampoline of Death and with it the rain and permacloud which seems to nestle in this valley, as a ribbon of dirt twists and contorts over and around it’s contours. 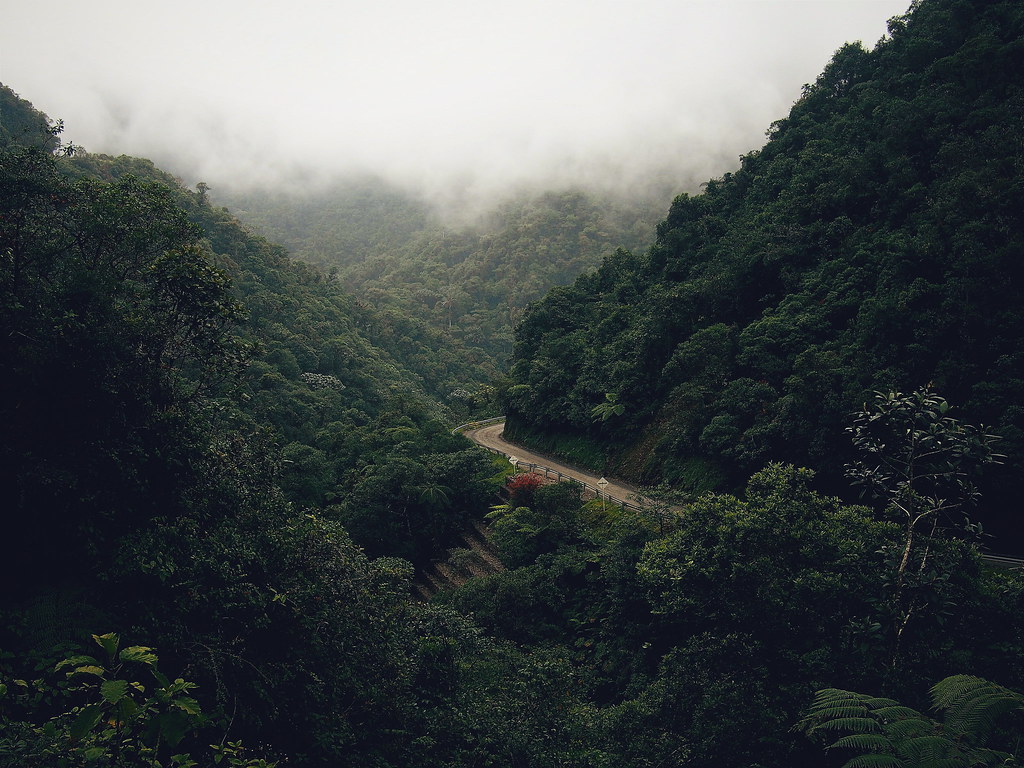 Cloud hangs, as whites and purples pop from the dense tree canopy. 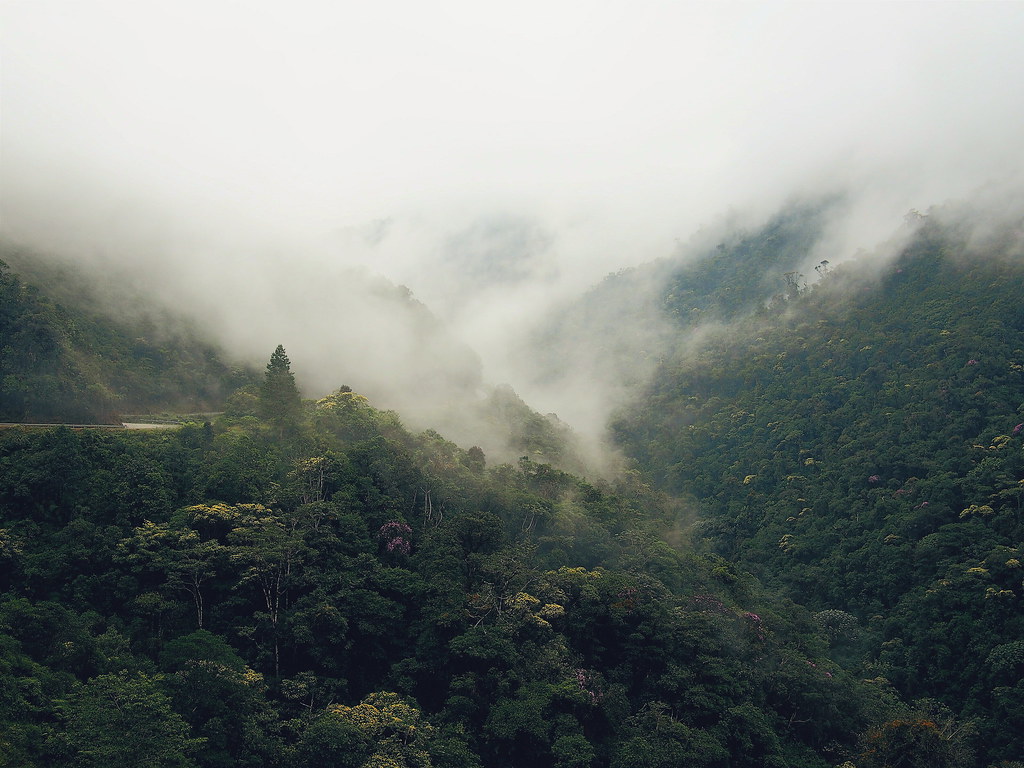 Having already heard about Ana and Adrien, a Argentinan and French couple of artisans travelling by bike. I meet them toward the end of the day, spending the evening together we crash on the floor of one of the roadside restaurants. 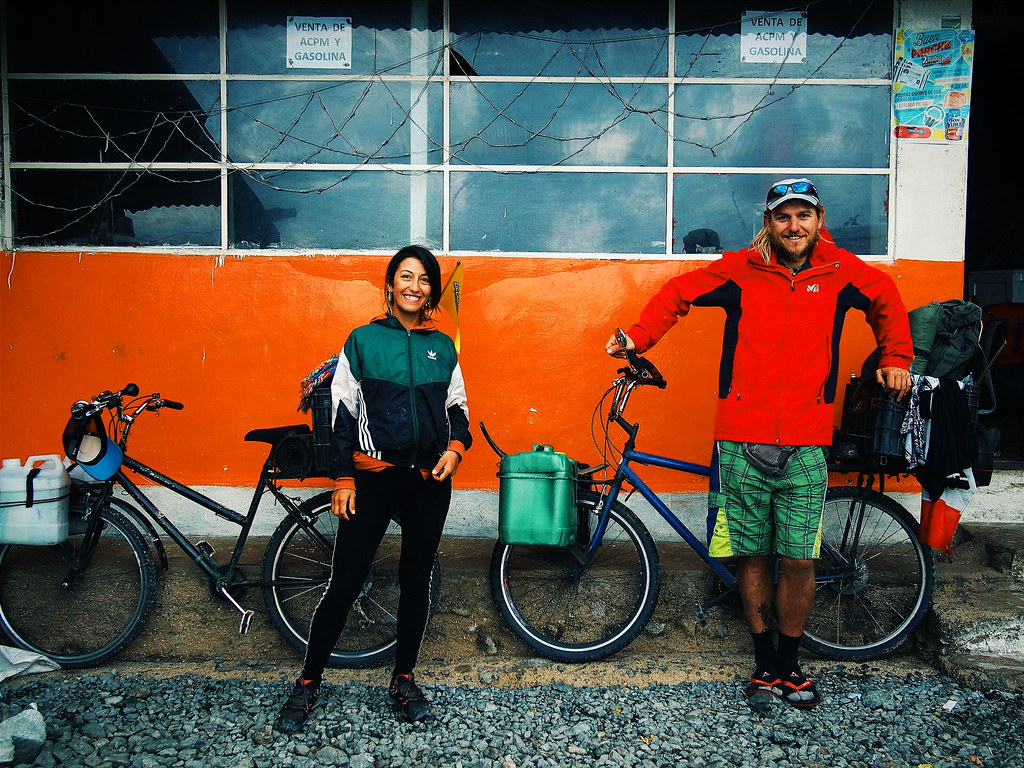 Its hard to miss the yellow tape that adorns much of the side of the road, as the main transit route between the cities of Pasto and Macao gradually disintegrates. 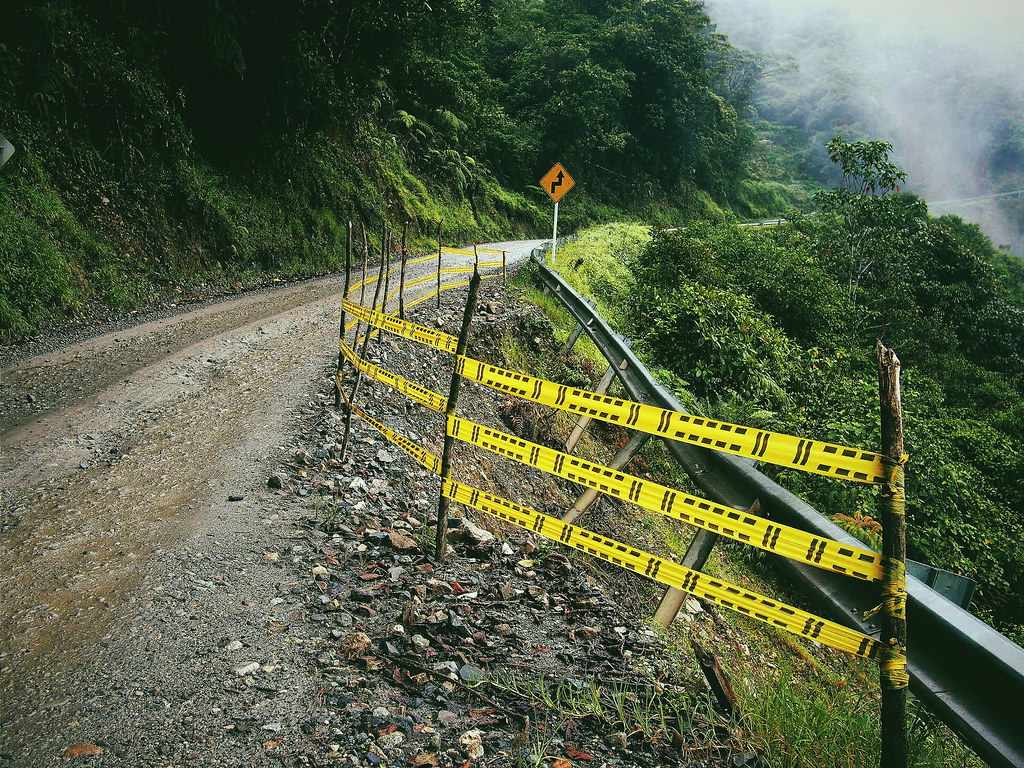 North of Macao, I head to the city of San Augustin and it’s extensive collection of Pre Colomobian ruins. 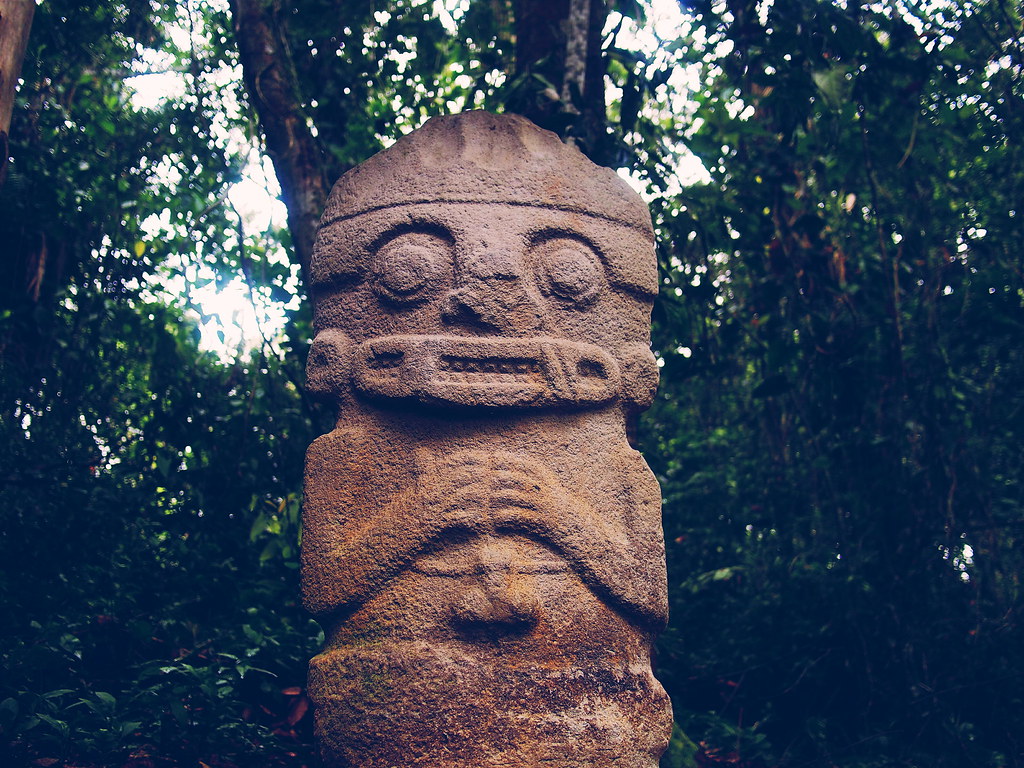 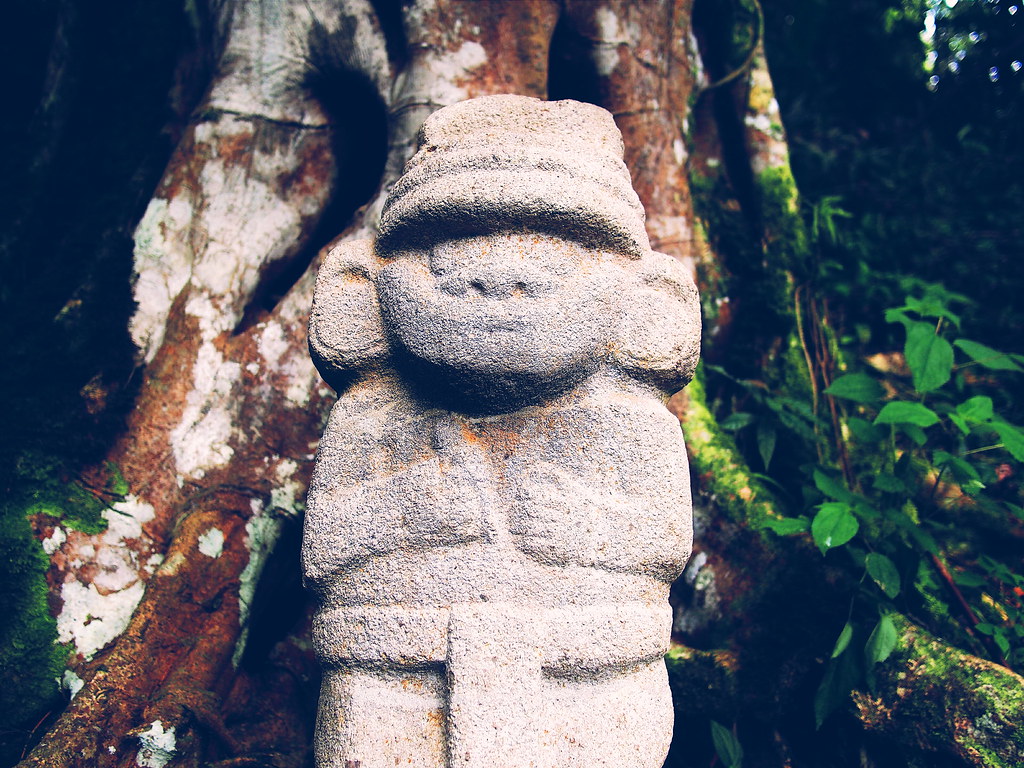 After a few days exploring the archaelogical sites the road once again beckons. Hearty breakfasts with a never ending supply of fresh Colombian coffee fuel long days in the saddle. 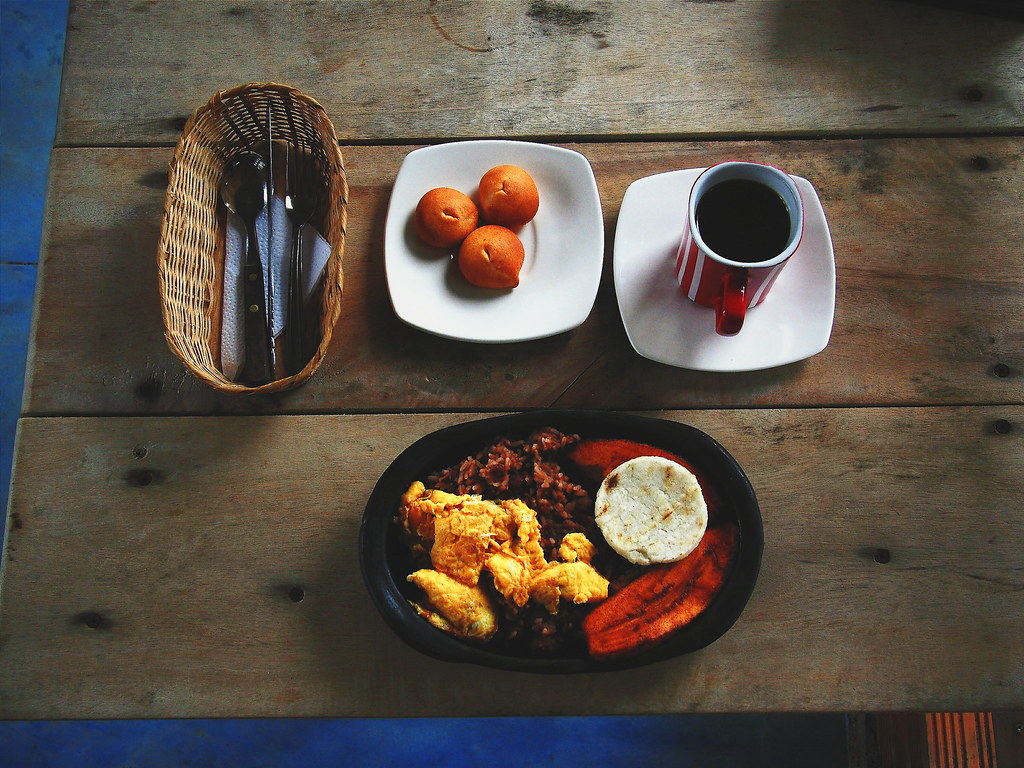 Edgar, the owner of the restaurant sits and chats with me, topping up my coffee cup whilst we chat. A proud Paisa he tells me of the northwest region of Colombia, the country’s history and optimisitically talks of the future and his aspirations for his children. 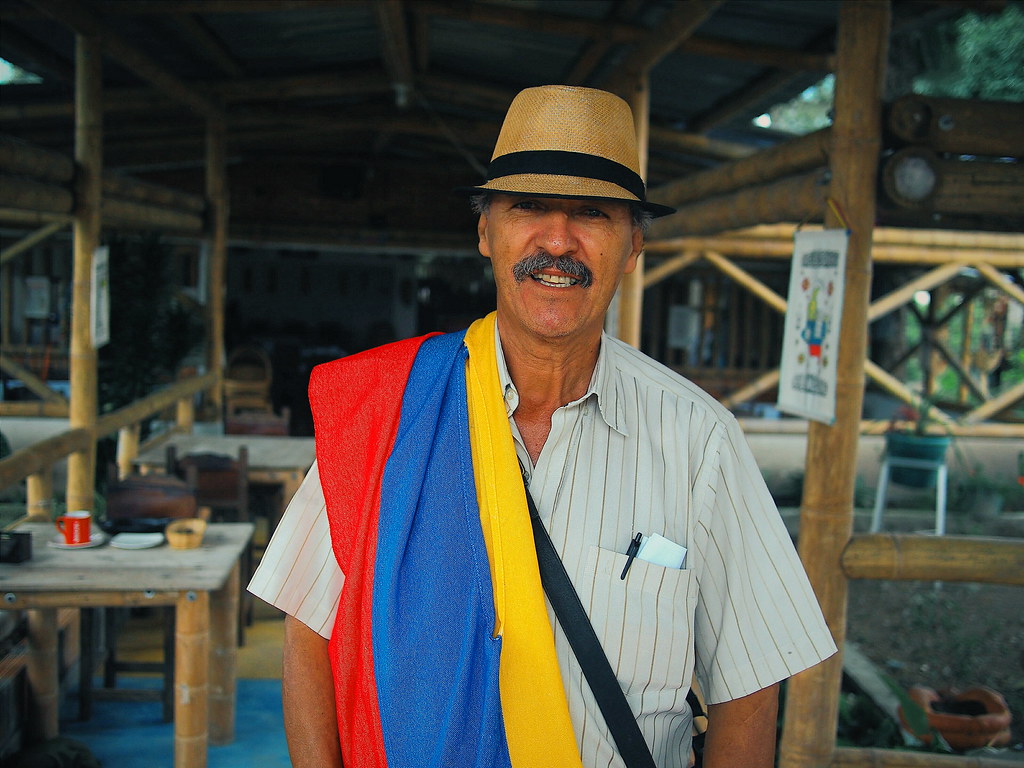 Deciding to make up some time, tree lined roads set the tone for a couple of days riding. 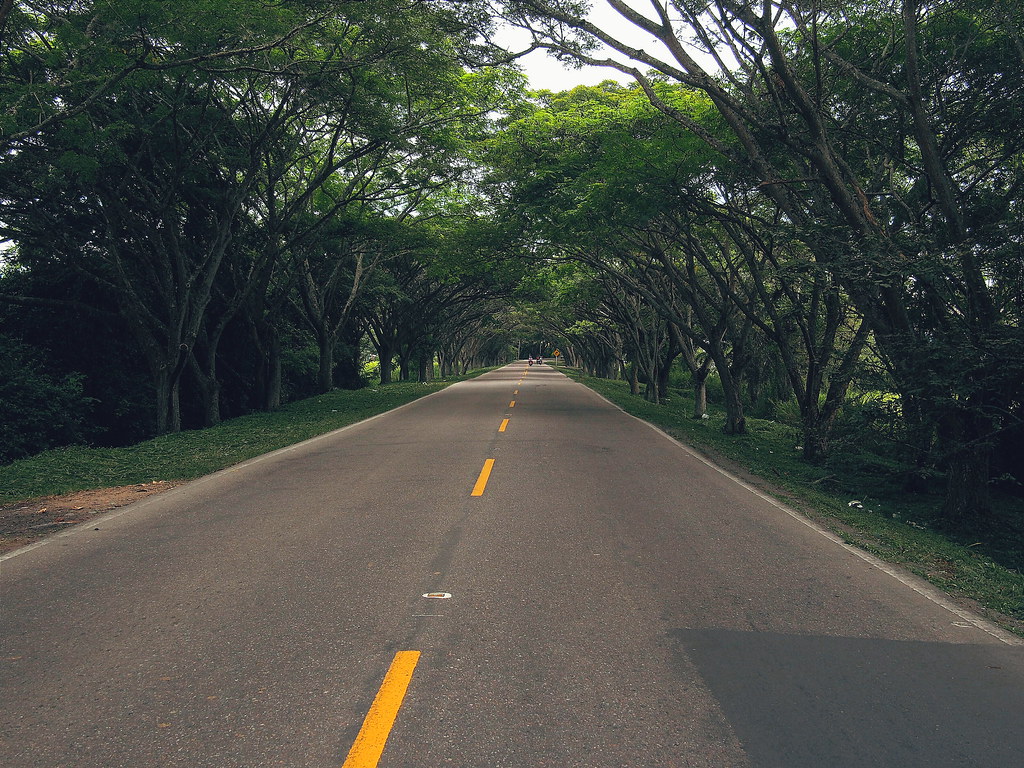 Sat in a depression between the Cordiellera Oriental and Central days are hot and sweaty. Sugarcane presses begin to become a regular fixture during the day, as I slurp on Agua de Cana. A refreshing hit of pure sugar. 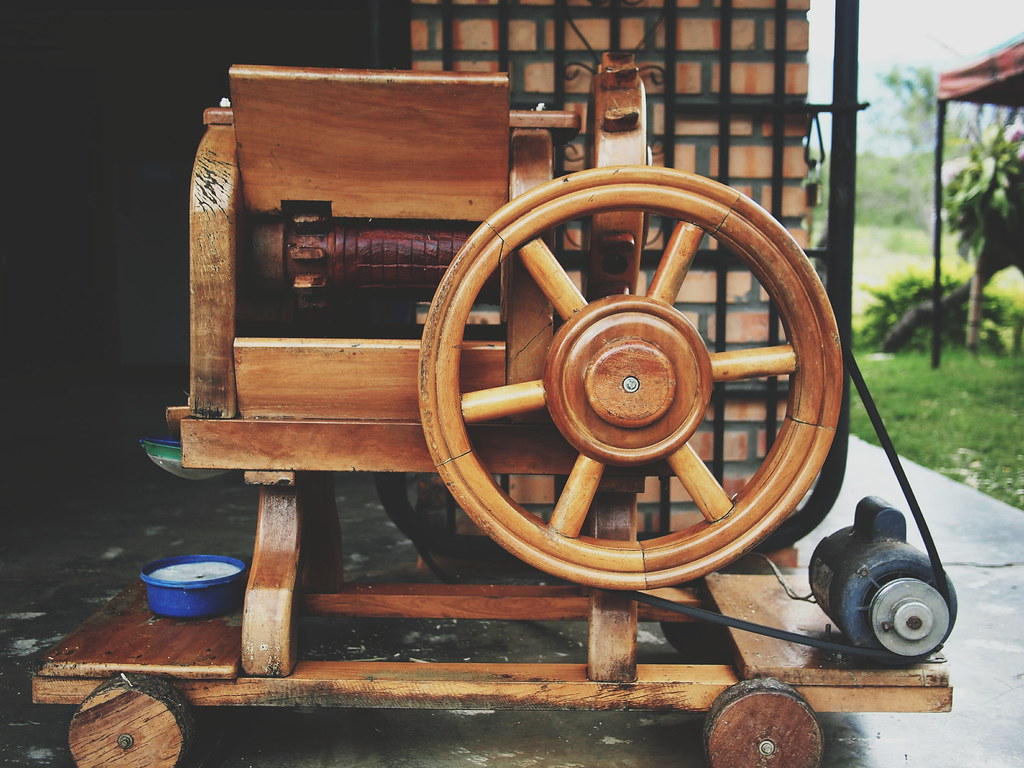 Tacking back and forth across the Rio Magdalena. 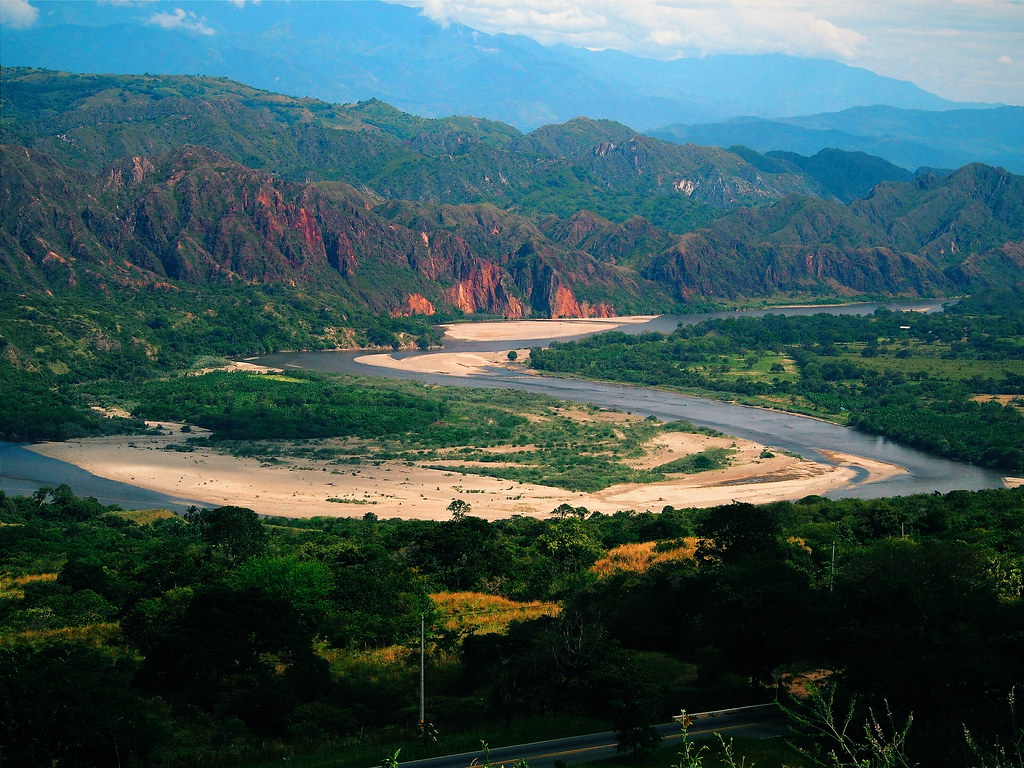 Colombia’s principal river, it feeds in to many lakes like Betenia providing for many of the fishing comunities that line the river. 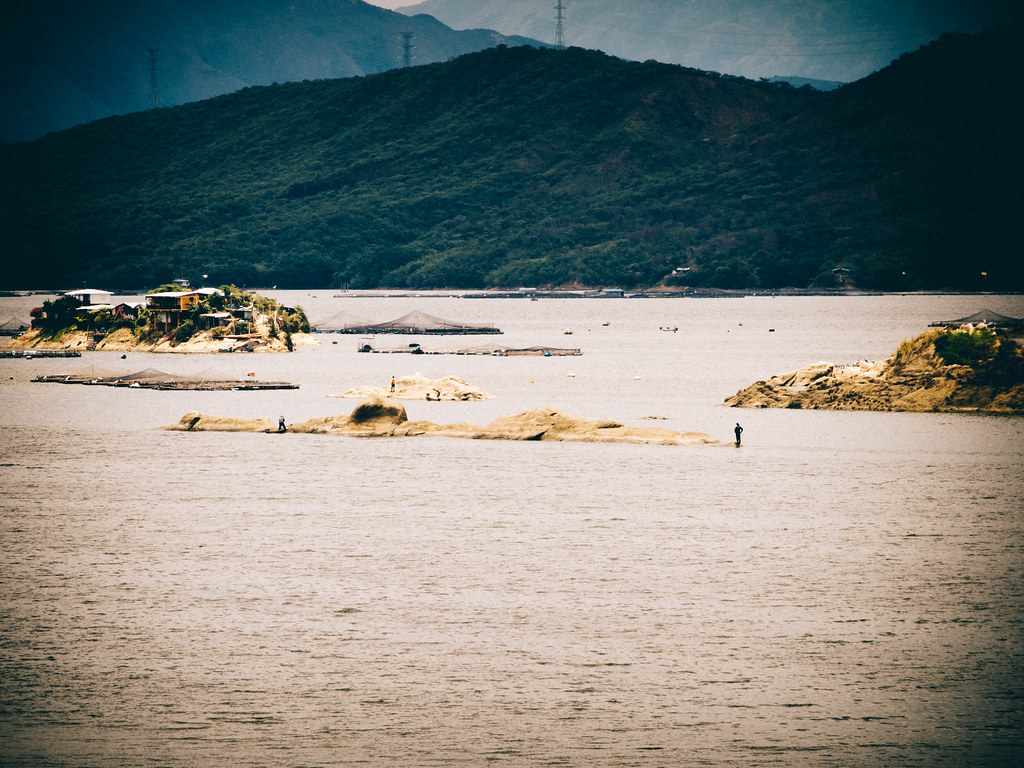 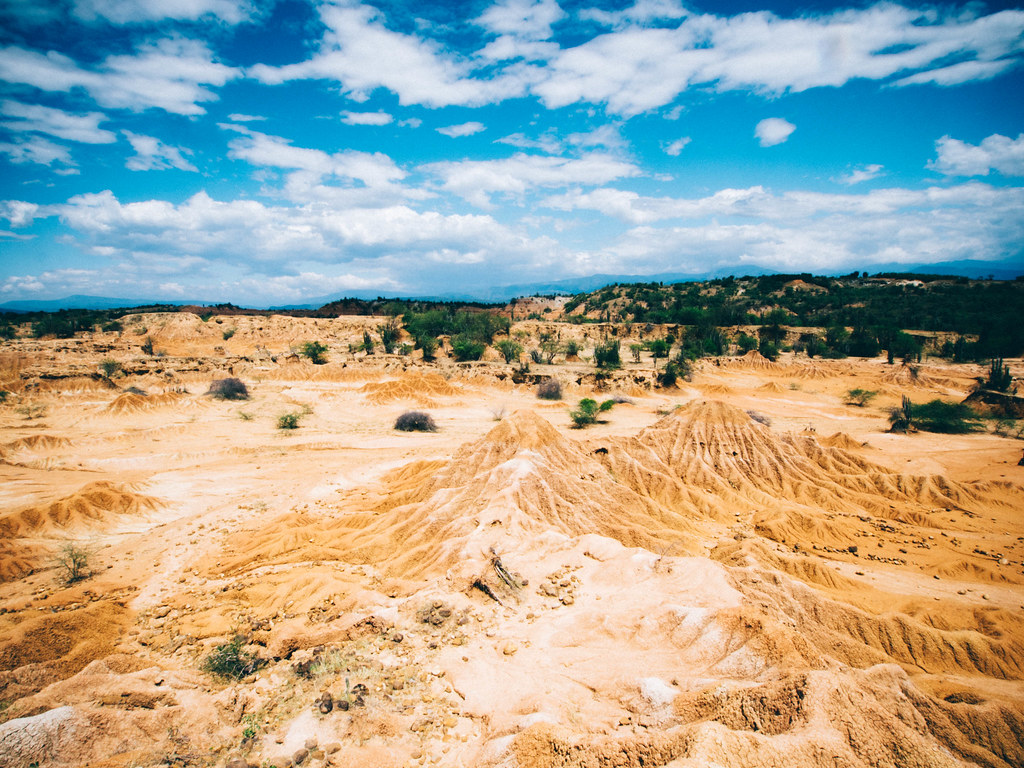 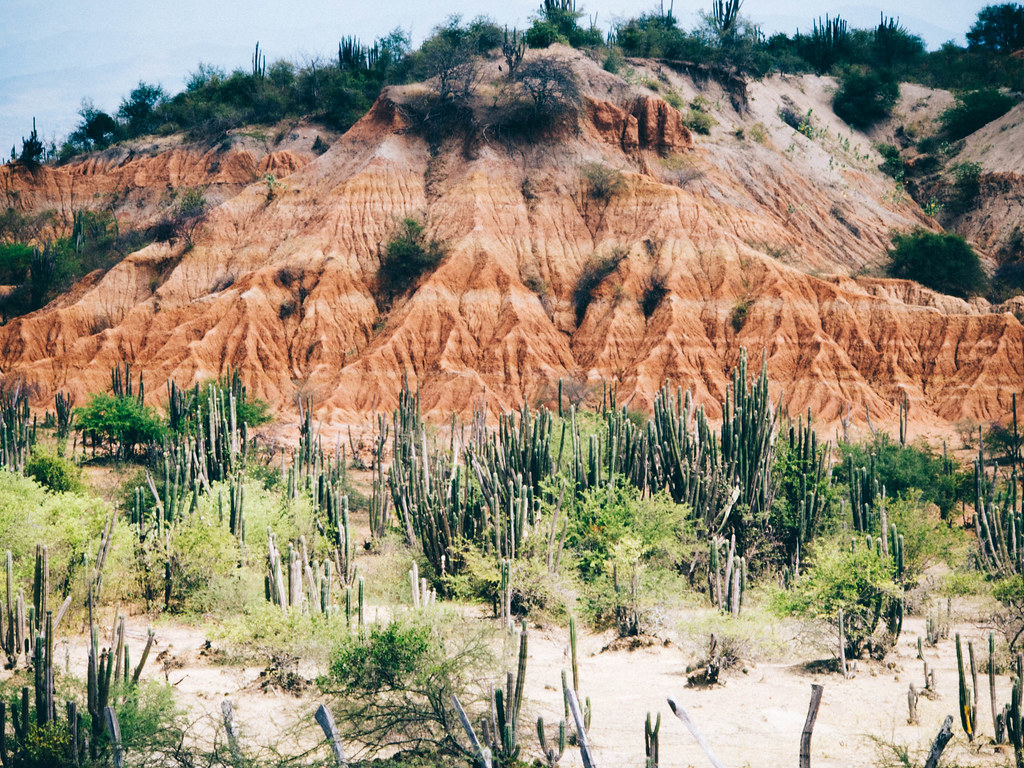 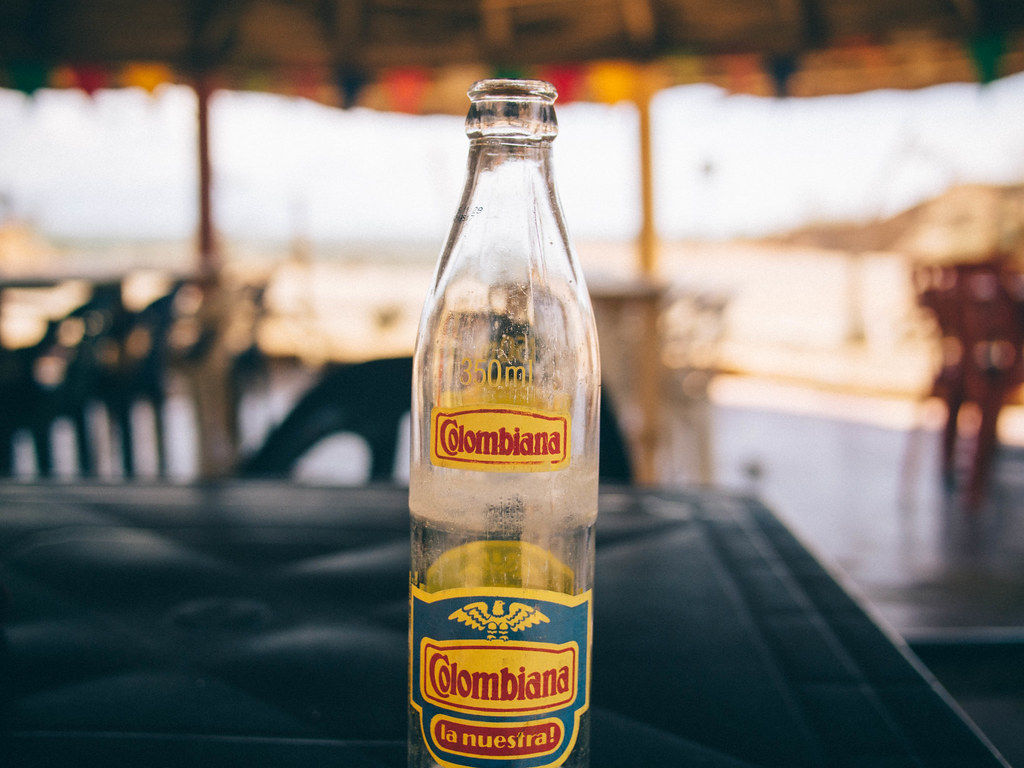 Under the scorching heat of the midday day sun restaurants provide places to shelter, and hammocks to lounge in. 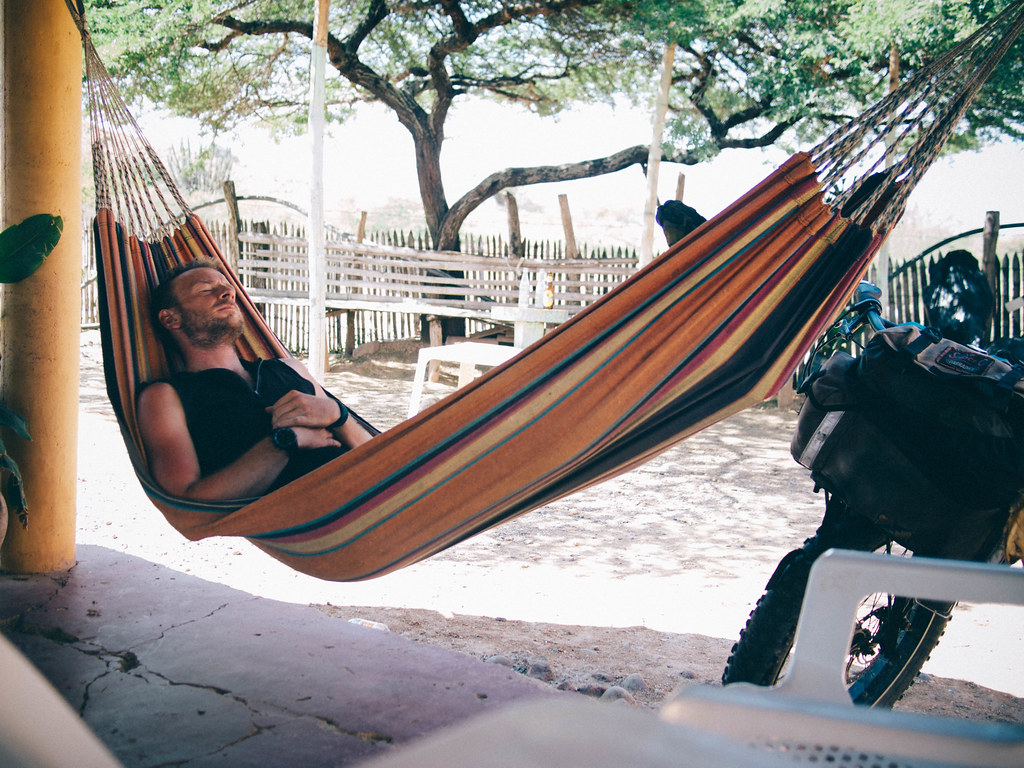 From Baraya, I once again climb in to the hills and cooler air. 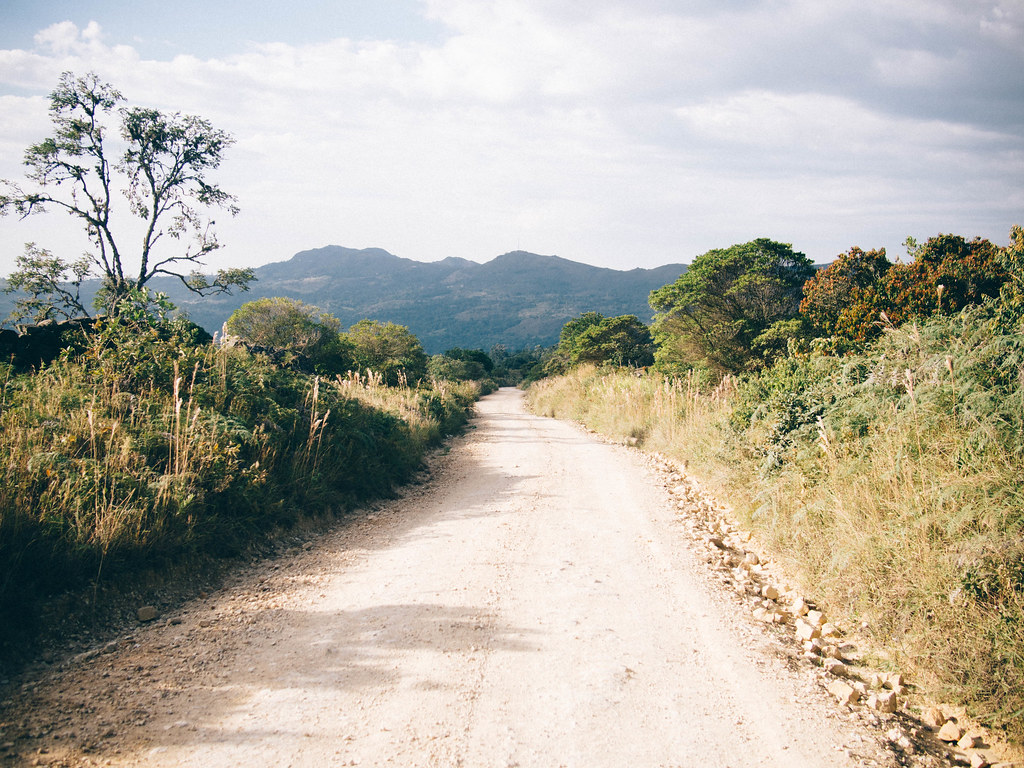 A land of wonky gates leading to coffee plantations. 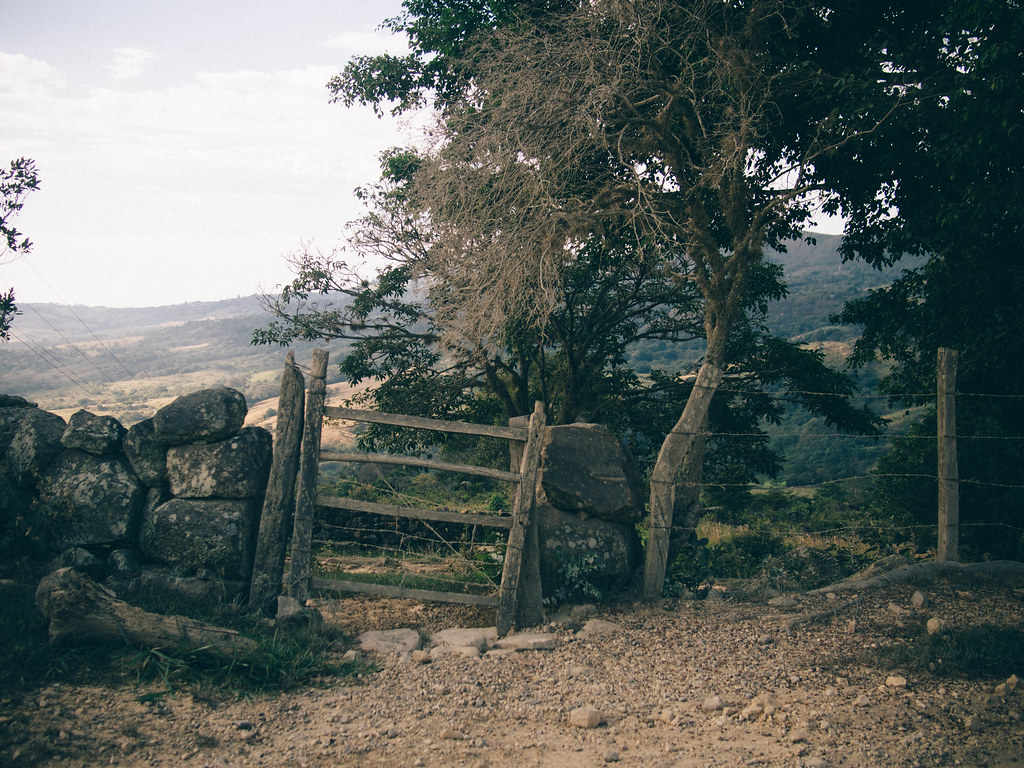 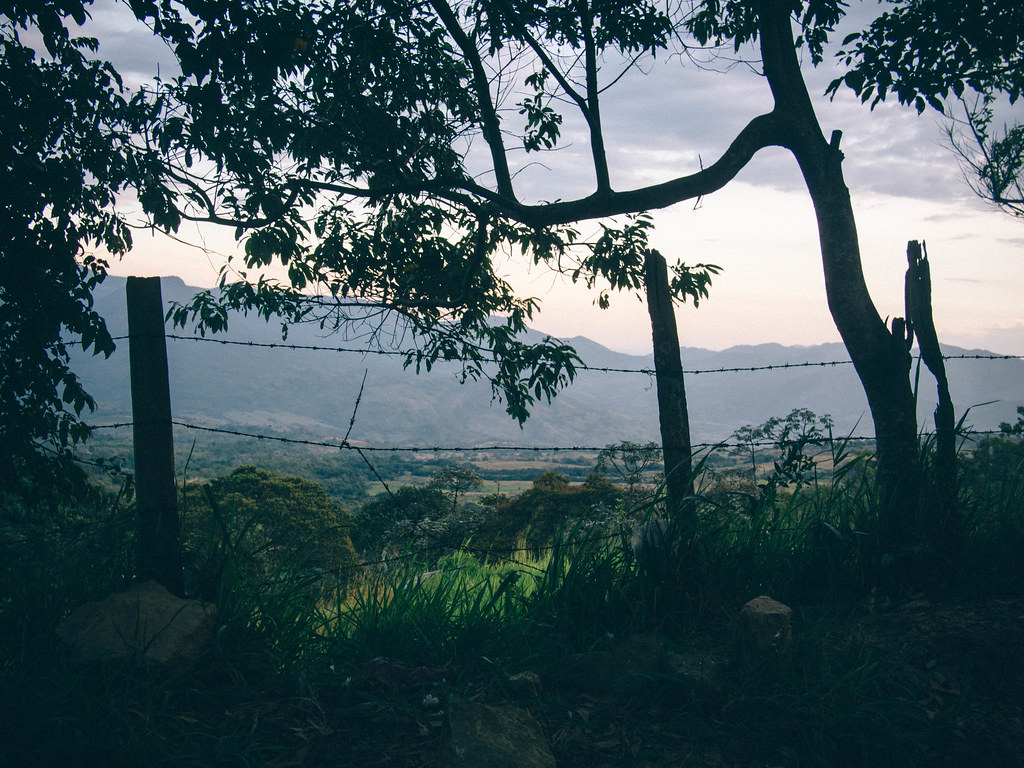 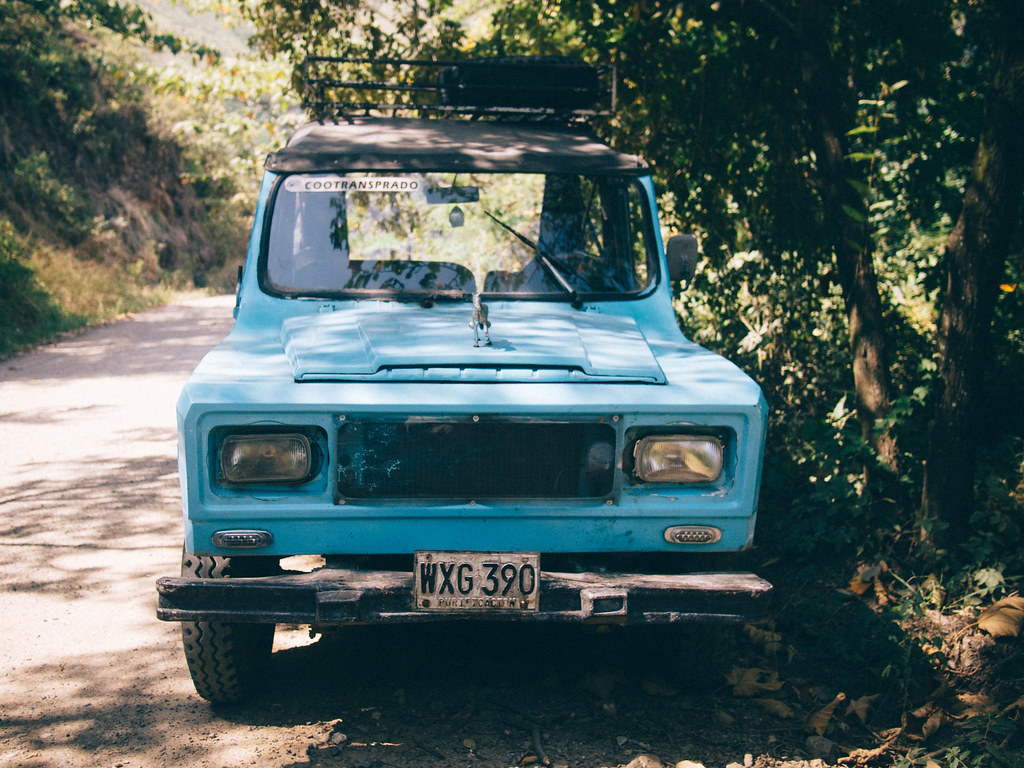 Quiet dirt ribbons take me through cowboy country toward Giradot. 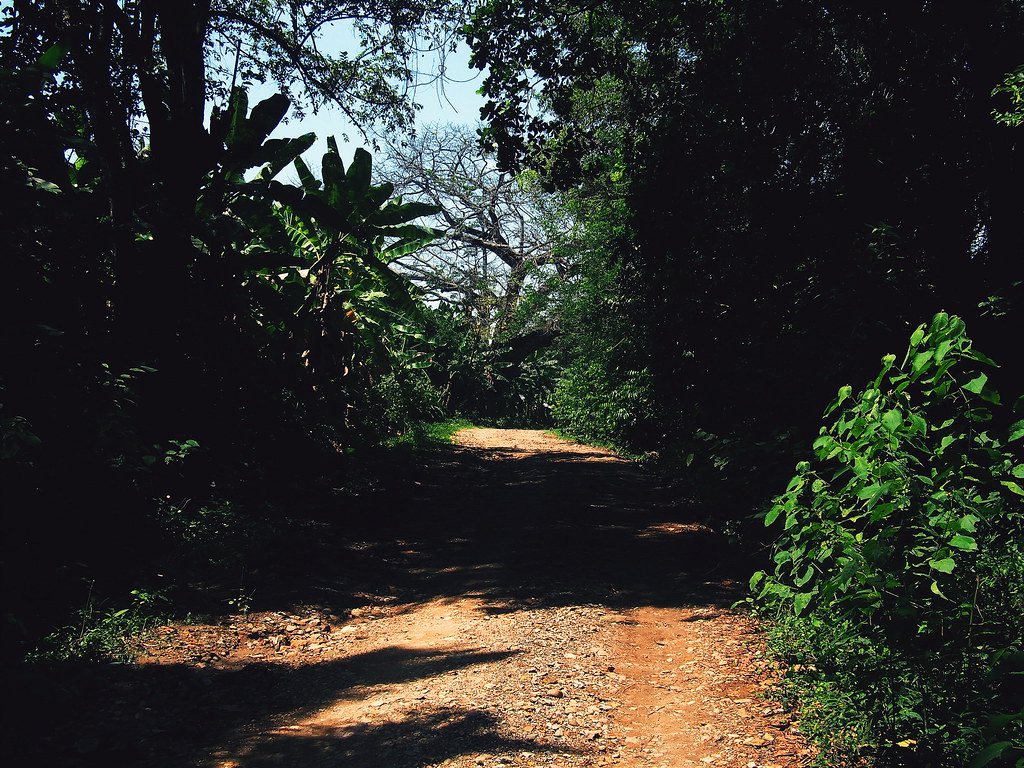 Before once again regaining the asphalt as I begin riding toward Bogota. Huge mangoes wait for collection by the side of the road. 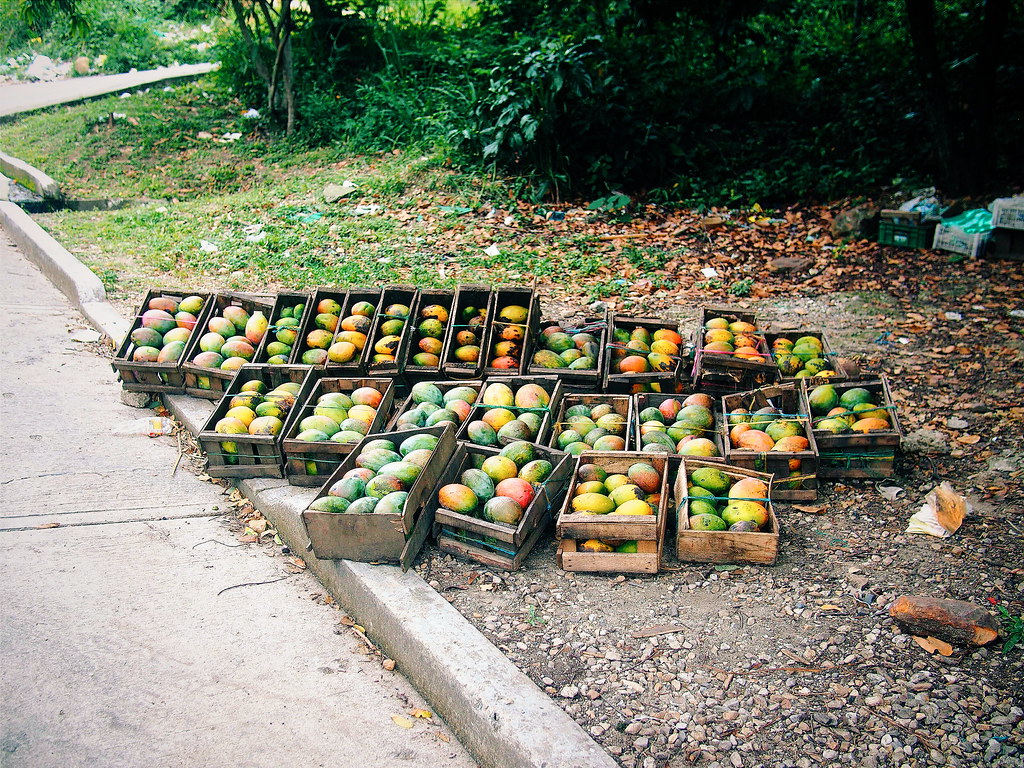 Along with the opportunity to sample fruits like Papacuello. 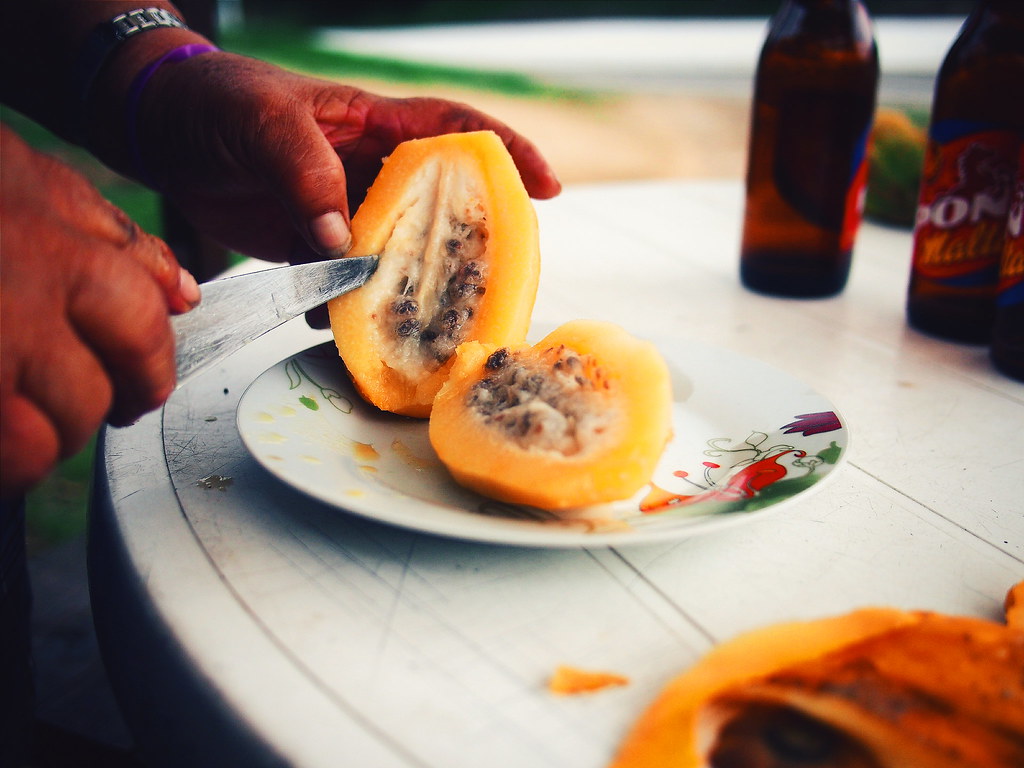 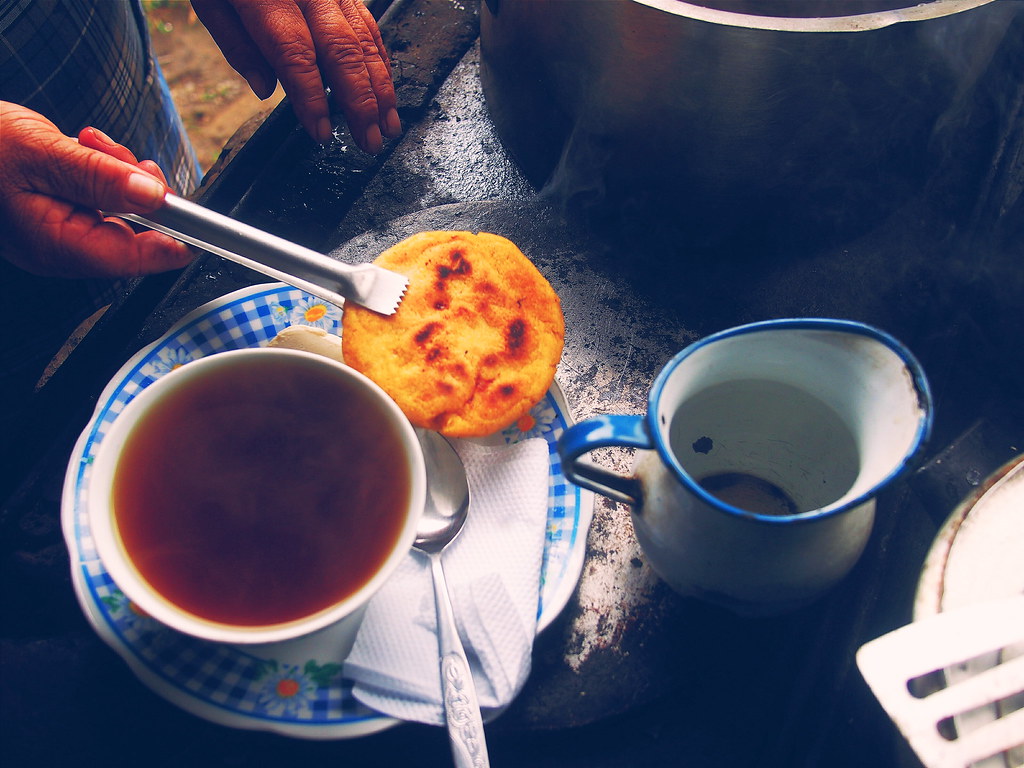 Rocking the shack. My Ecuadorian spare tyre gets put to use in the final weeks as I ride a (semi) fat bike. 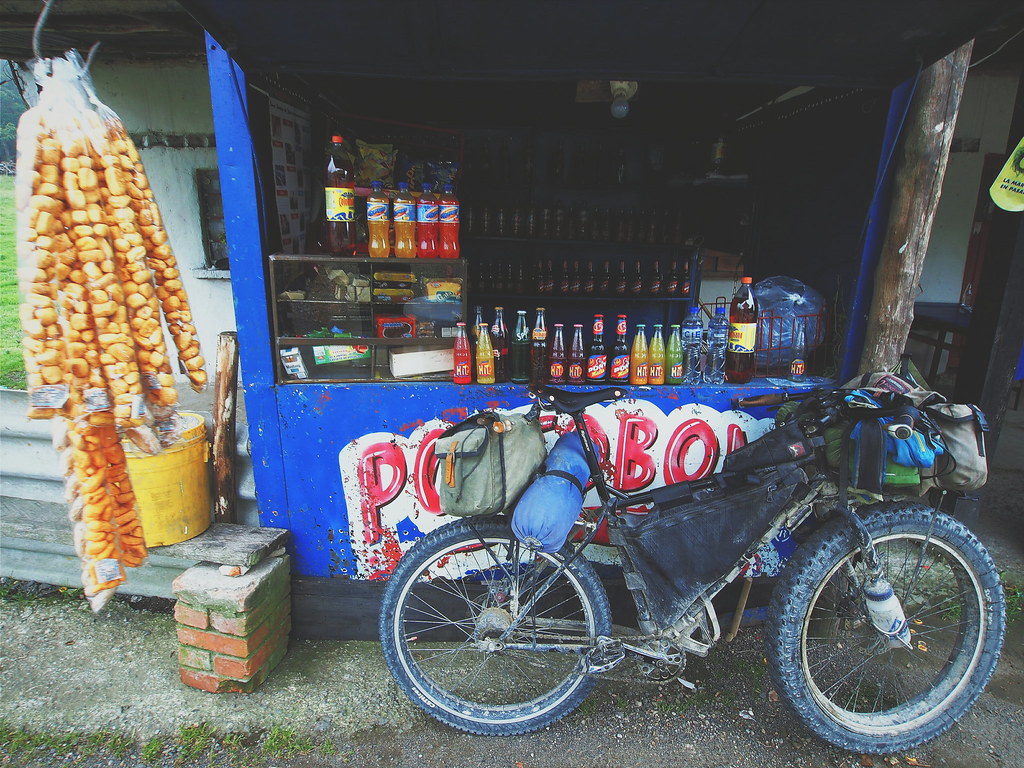 After 13 months on the road I arrive in Bogota during Ciclovia, South America’s original and largest weekly event which closes of approximately 120kms of the city’s streets to car traffic and is enjoyed by over 2 million people weekly. A fitting way to bring an incredible journey to a close.