Posted by Mike on Oct 2, 2013 in Cycling in the Himalayas | One Comment

The descent from Narkanda begins on a broken surface, care needs to be taken between dodging pot holes, cows milling in the road and hairy overtaking manouerves as cars overtake heavily laden lorries lumbering up and down from Narkanda.

The road surface improves as I descend down to the valley floor. Temperatures noticably begin to rise the further you descend before you are deposited by the Sutlej River. 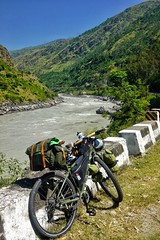 The ride from Nirath to Rampur almost has a holiday feel to it coasting along under blue skies next to the river.

After the industrial feel of Rampur,  the climb out of town begins to offer views of the Kinnaur valley and my first glimpse of the snow capped Kinner Kailaish mountains way off in the distance. 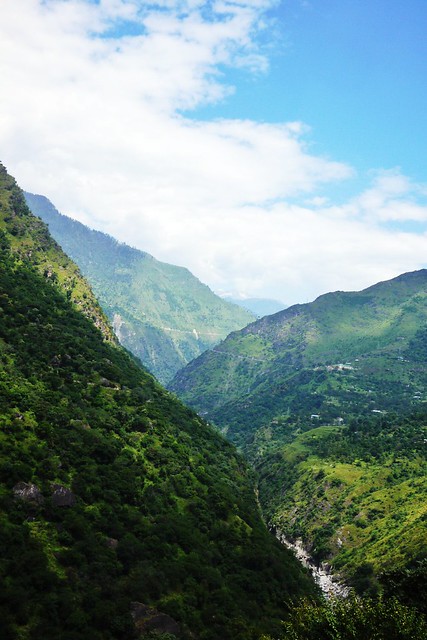 Steadily climbing from the valley floor the Sutlej River bubbles away below, whilst above the road leaves an inedible scar on the steep sided valley leaving you under no illusion where you are bound. 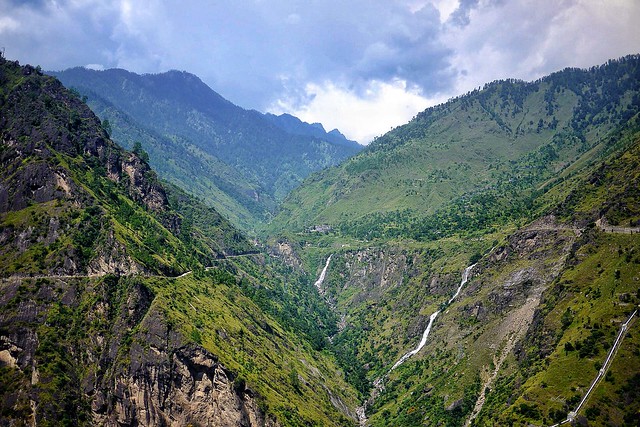 Views improve higher and higher as side valleys open up and the extent of various hydro electric projects reveal themselves.

From Jeori I leave National Highway 22 and head to the village of Sarahan famous for its ornate Bhimlaka temple.  The climb up to Sarahan takes me through apple orchards much of which has been harvested and transported to the fruit exporters on the valley floor for onward distribution.

I find a room at the temple and spend some time taking  chatting with another cyclist headed in the direction I’ve come. After and admiring the intract carvings at the temple and a wander round inside I grab something to eat and marvel at the quietness away from the typical Indian road noise. 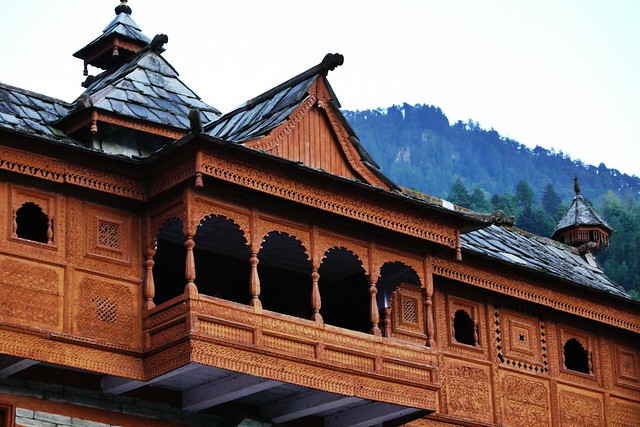 The peaceful serenity of the temple is interrupted at 4AM as music and worship erupt, with less than 3 hours sleep and no breakfast I spend that morning yo-yoing between general stores trying to find something nutritious to eat and fuel the empty legs after climbing 1100 metres the previous day. 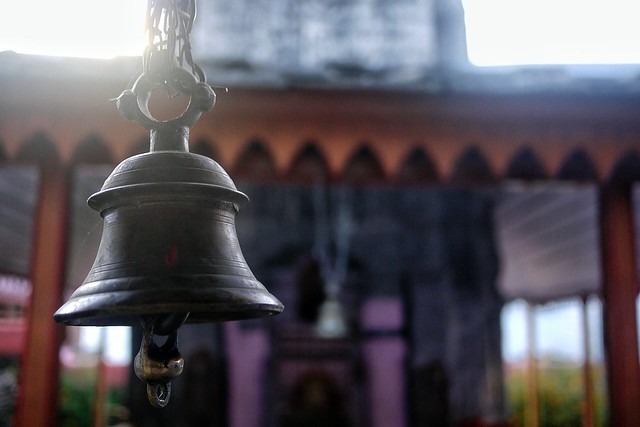 Whilst on the road I heard about the Tibet Hindustan Highway albeit a little too late this would cut out the busy section of road along the Sutlej and lower Kinnaur Valleys.

Pikes on Bikes:Getting High in Himachal