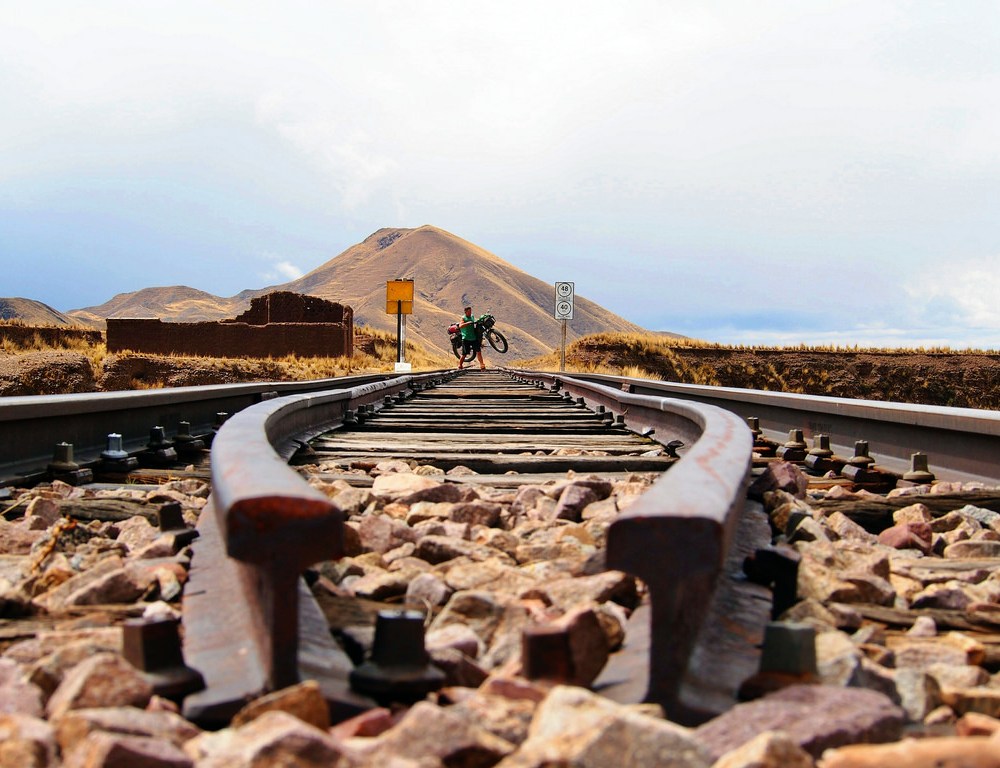 What do you do when you become the new owner of a fat bike? You ride tarmac.

Perhaps there was a certain amount of inneudo intended when Cass thrusts a 7 percent beer named “Judas” in to my hand the night before we are due to leave La Paz.

Whichever way it makes for another slow and shambolic start, which sees the pair of us make it as far as El Alto the frentic and fast growing Bolivian city which sits within spitting distance of La Paz.

Quiet roads and the drone of two sets of fat tyres on asphalt sees us head toward Achachi as we catch glimpses of Lake Titicaca on our left, and when the clouds part occasional glimpses of the Cordeillera Real on our right. 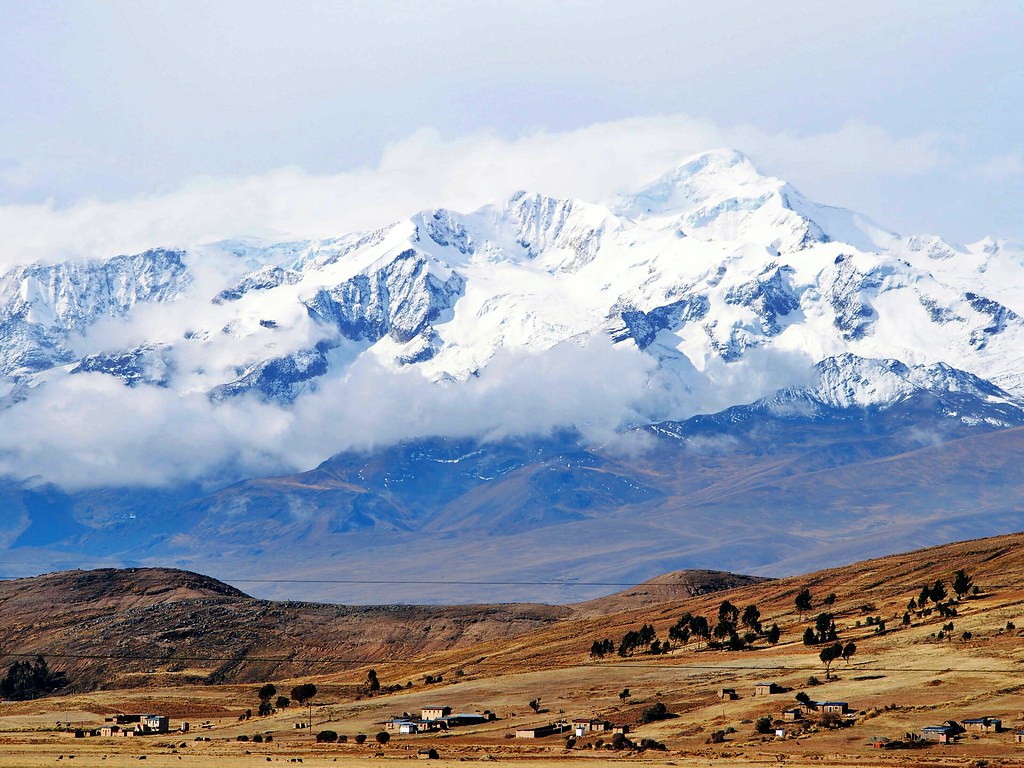 Slowly we begin to roll up and down on the lake’s edge. Glancing down in to Tolkein like valleys. 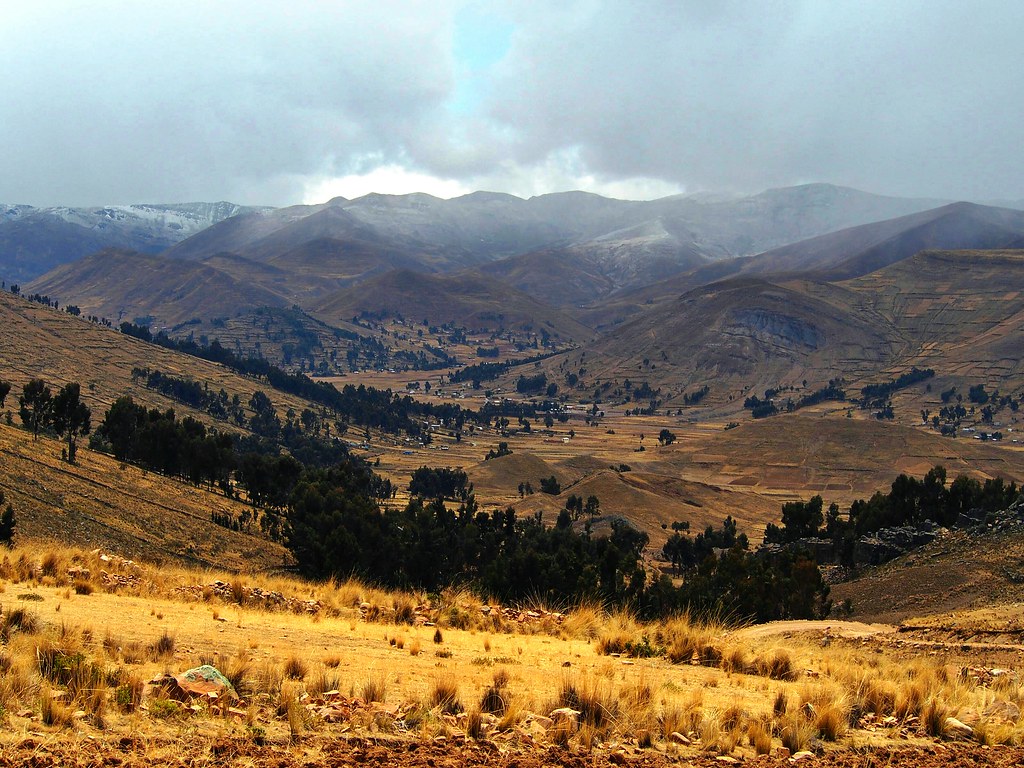 Leaving the tarmac behind at Escoma we drop the pressure on those fat tyres and return to our beloved dirt roads. Obtaining our Bolivian exit stamps at Puerto Accosta, we spy a passport photo of Kurt looking down on us. As ever keeping a watchful on us South American fatbikers. 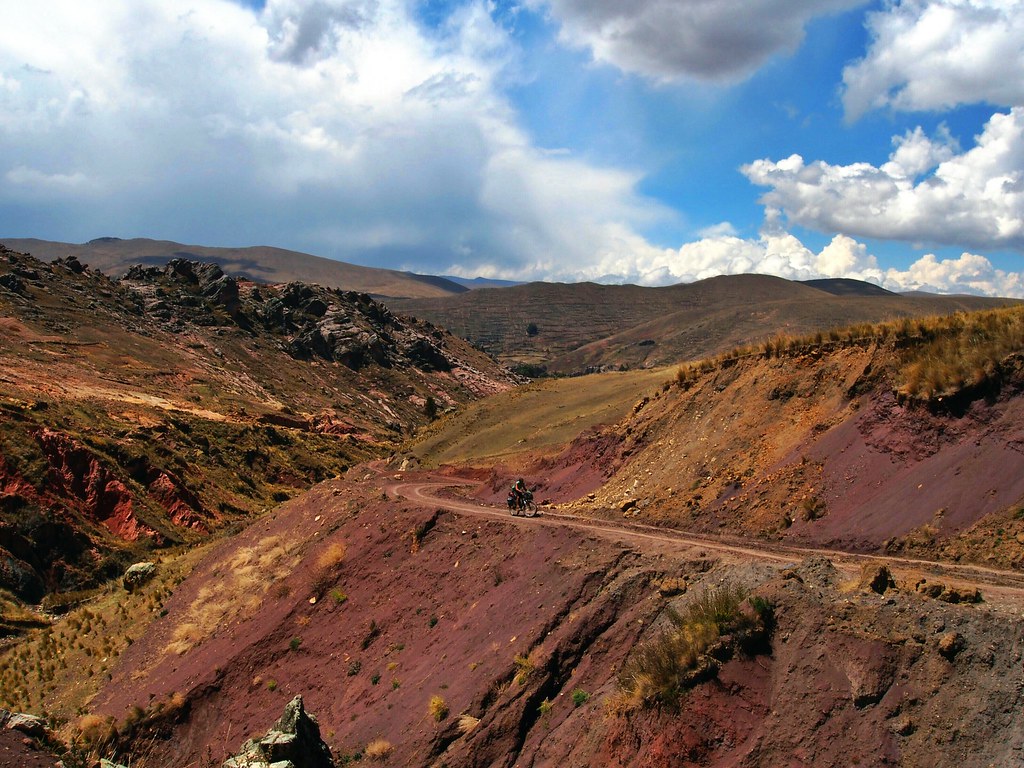 Even the dirt roads eventually runs out toward the border, and we find ourselves picking our way through the pampa. 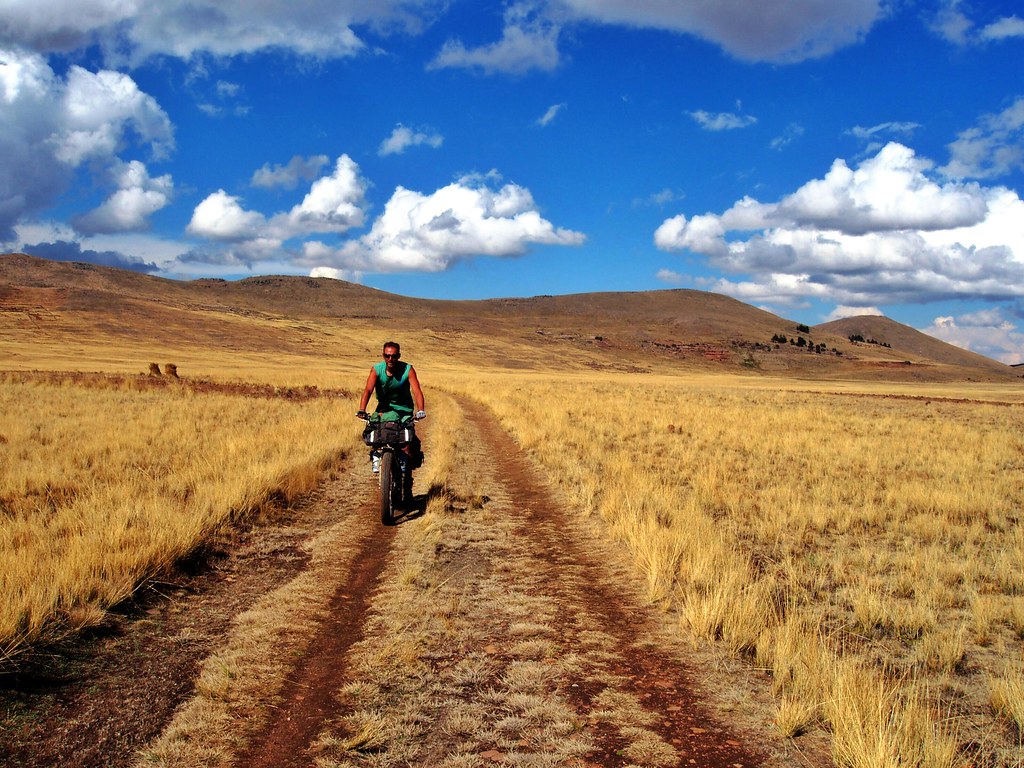 Welcome to Peru; A boulder strewn descent just made for those fat tyres and low tyre pressures. 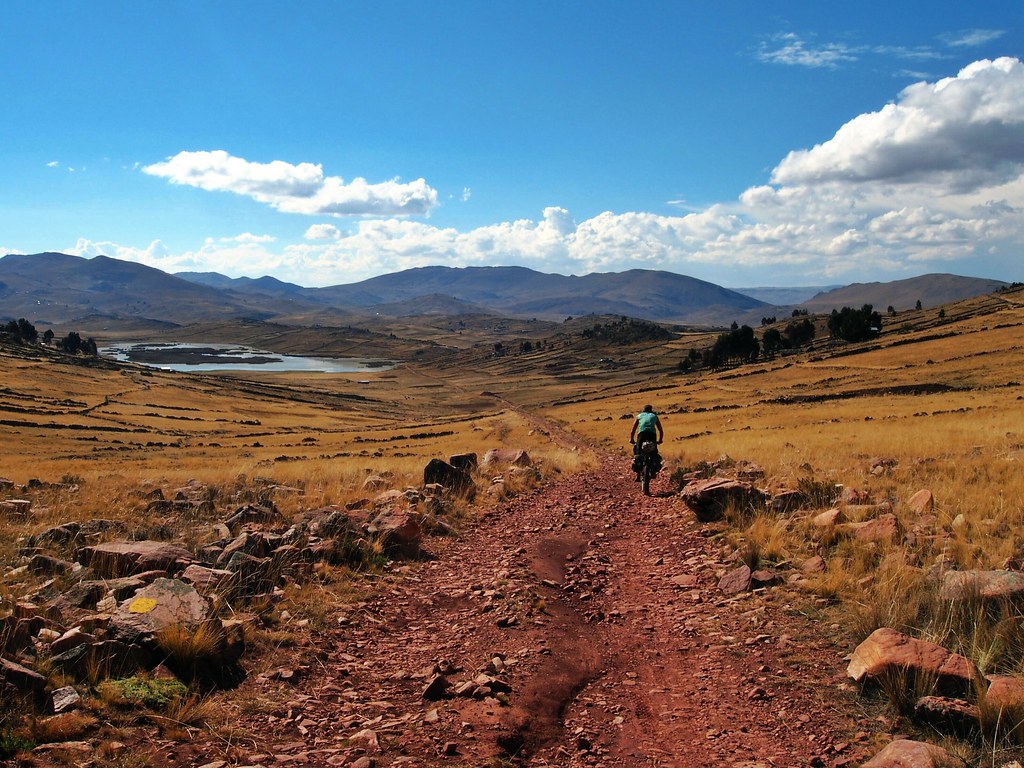 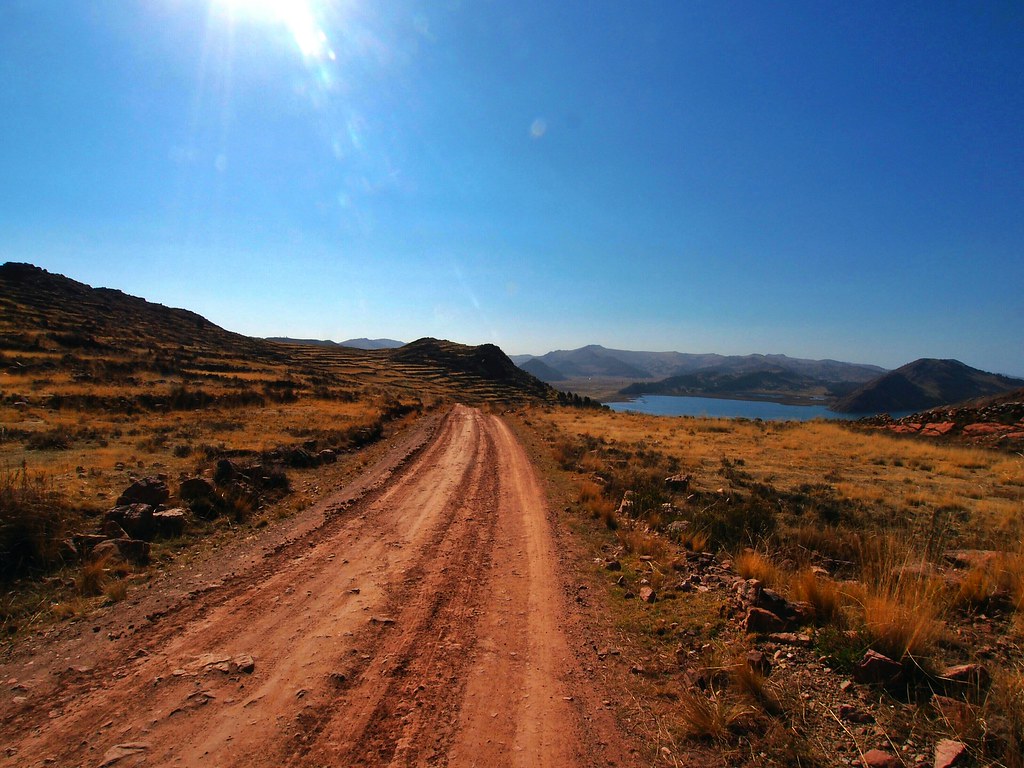 Before we join the rail tracks connecting Cusco to Juliaca. 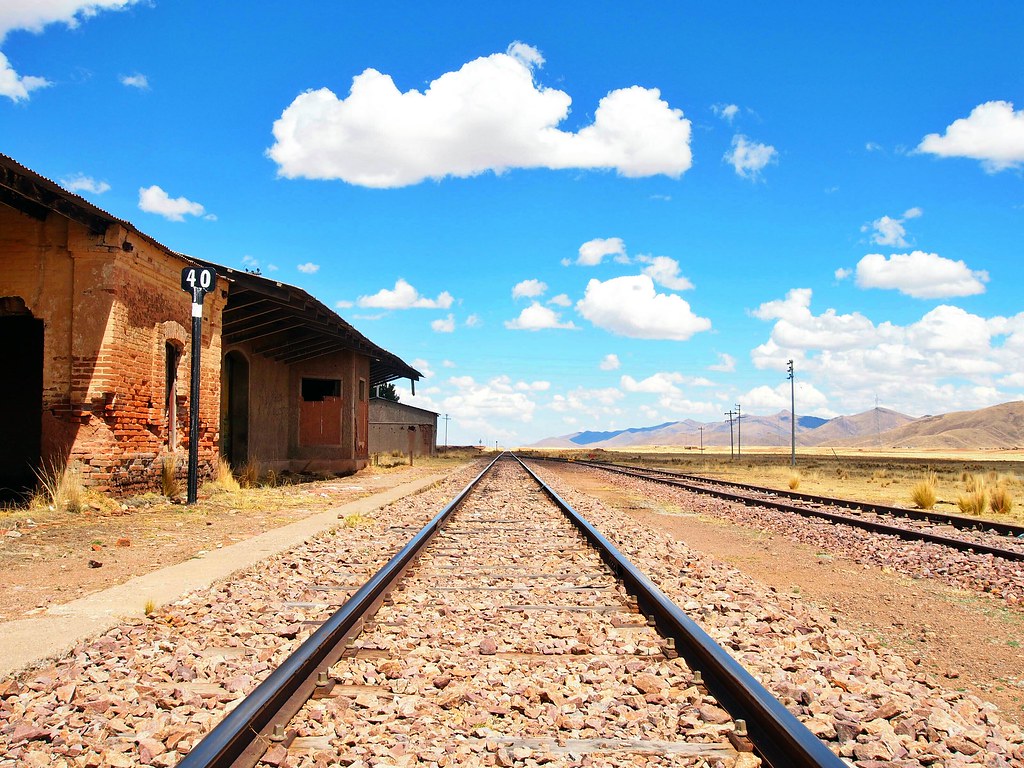 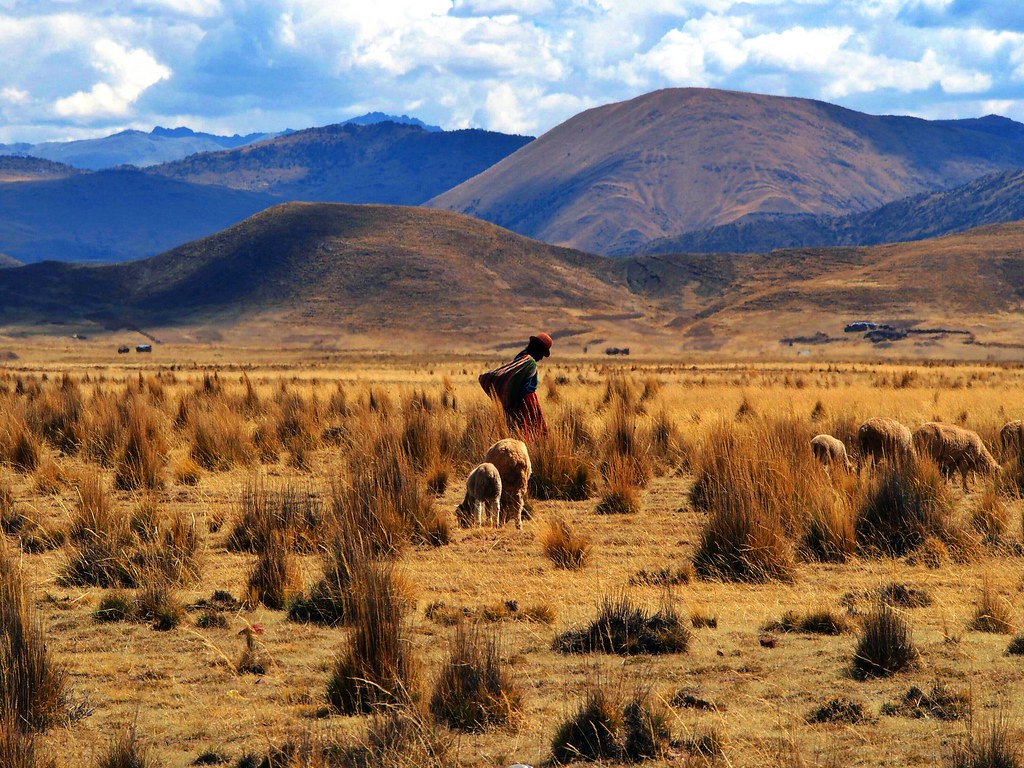 As bridges appear, we heft our bikes on to the rails. Carefully hopping between railway sleepers with air beneath our feet. 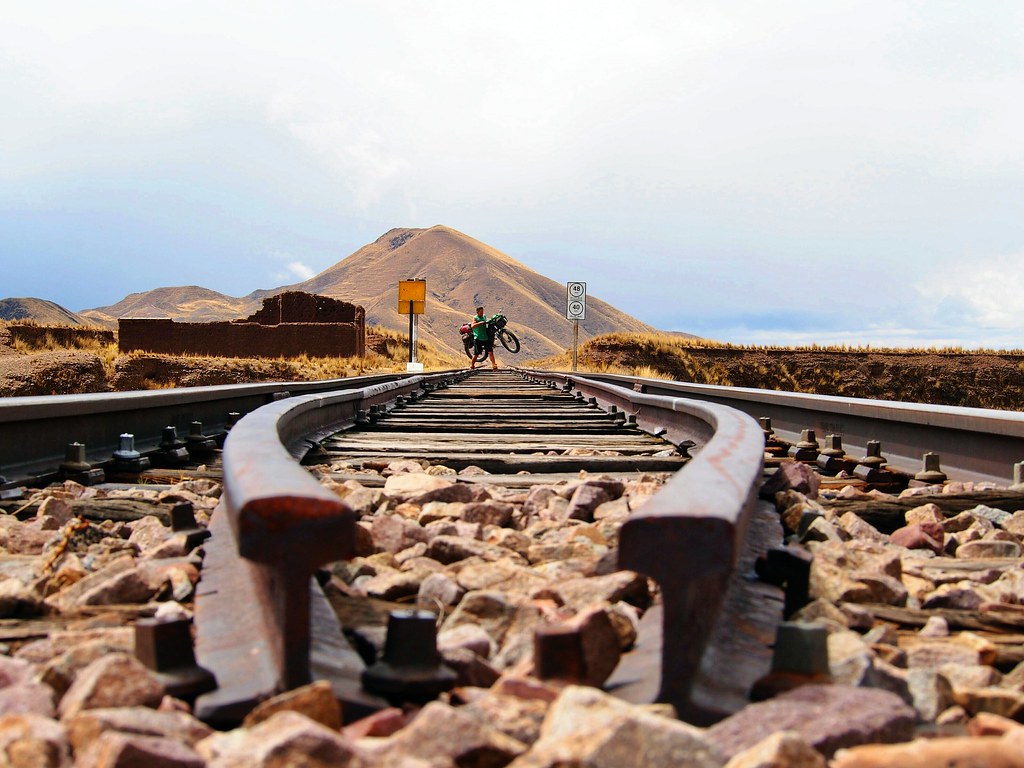 Straight lines led off in to the distance. 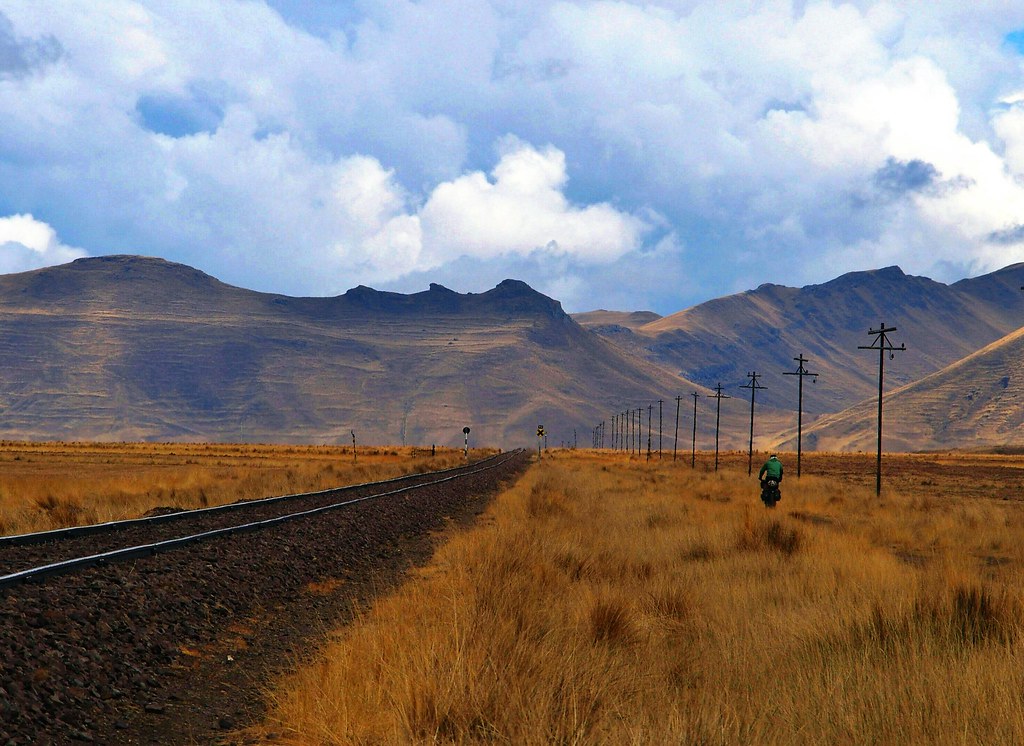 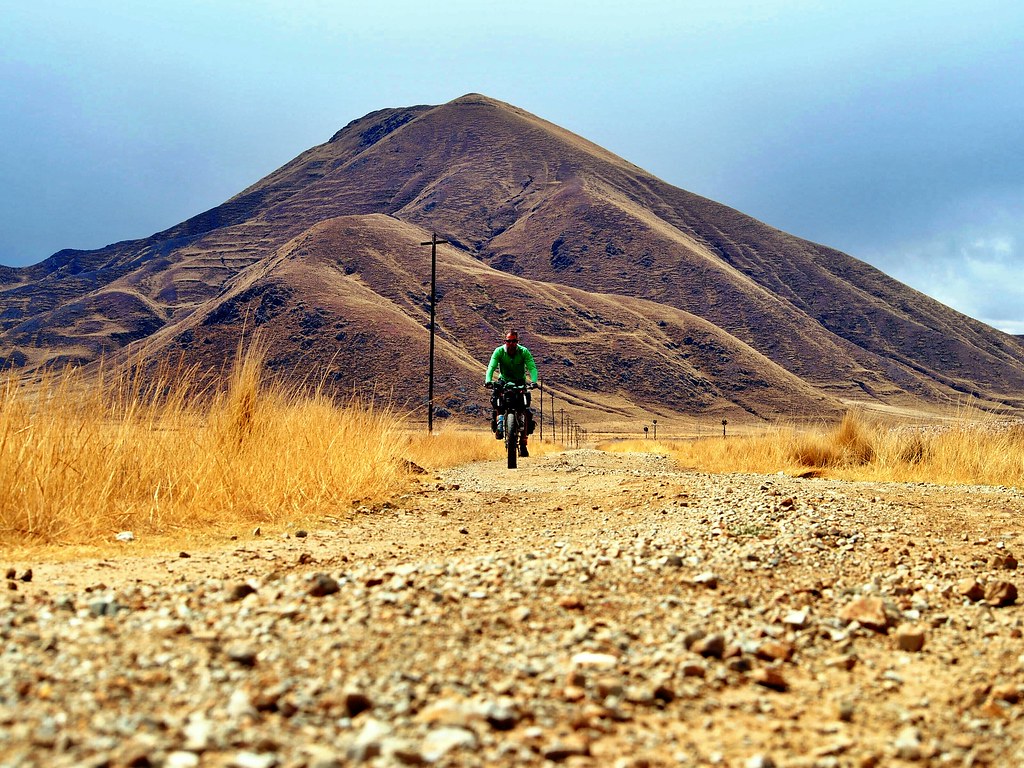 Its hardly the East Coast mainline, we set our watches by the twice daily trains. 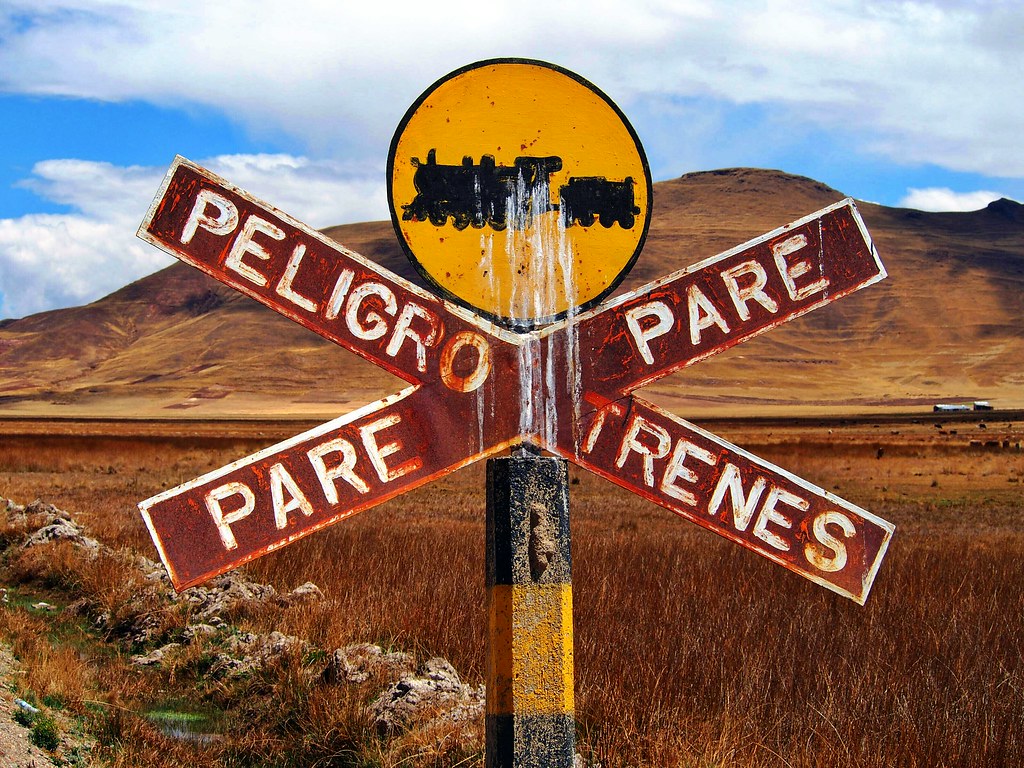 Party political broadcasts adorn every available wall and house in each settlement we pass, a reminder its election time. Go Inka! 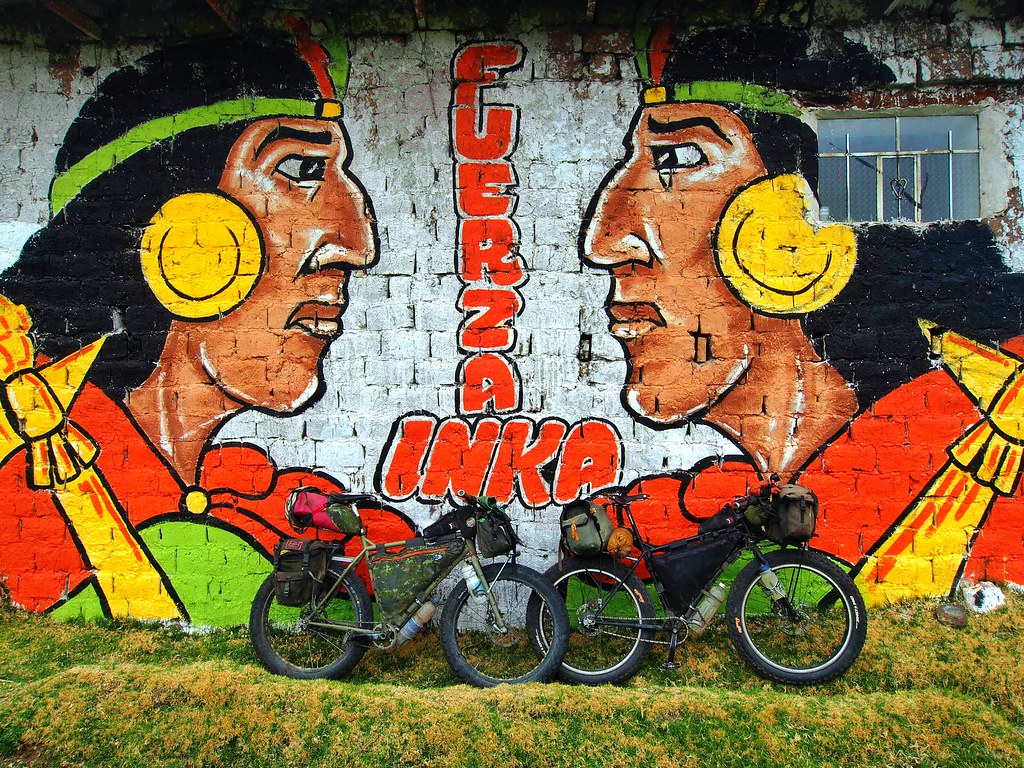 As we descend lower toward Ayaviri we criss cross through a collection of paths amongst fields. The railway track never too far away. 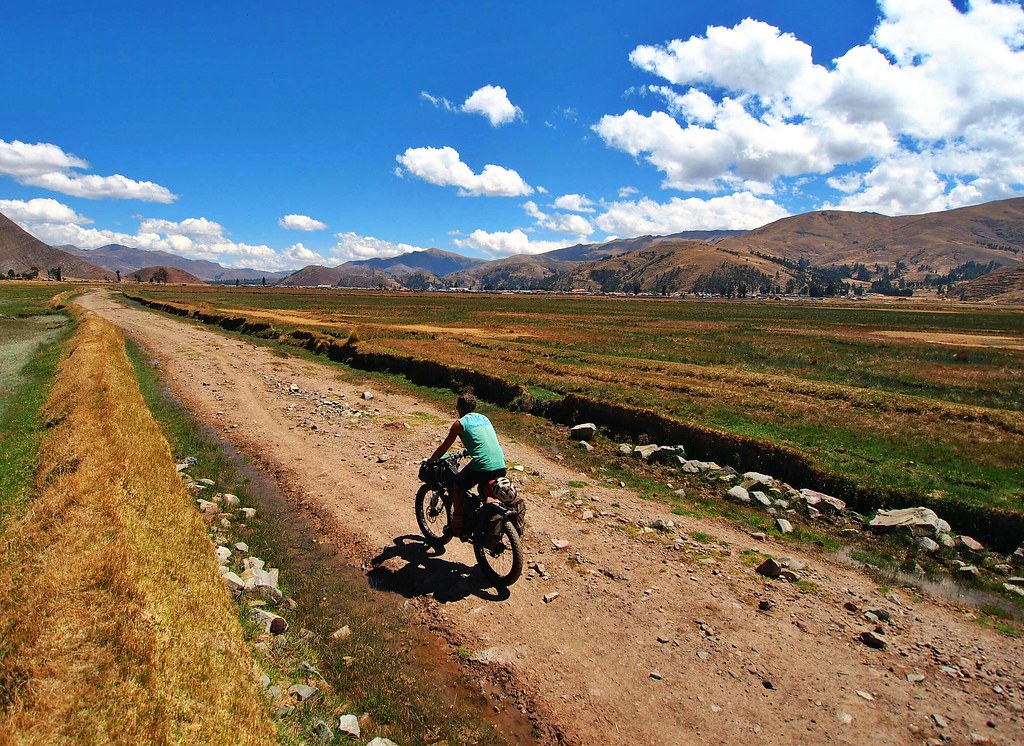 As paths peter our and we ride through tussocks. 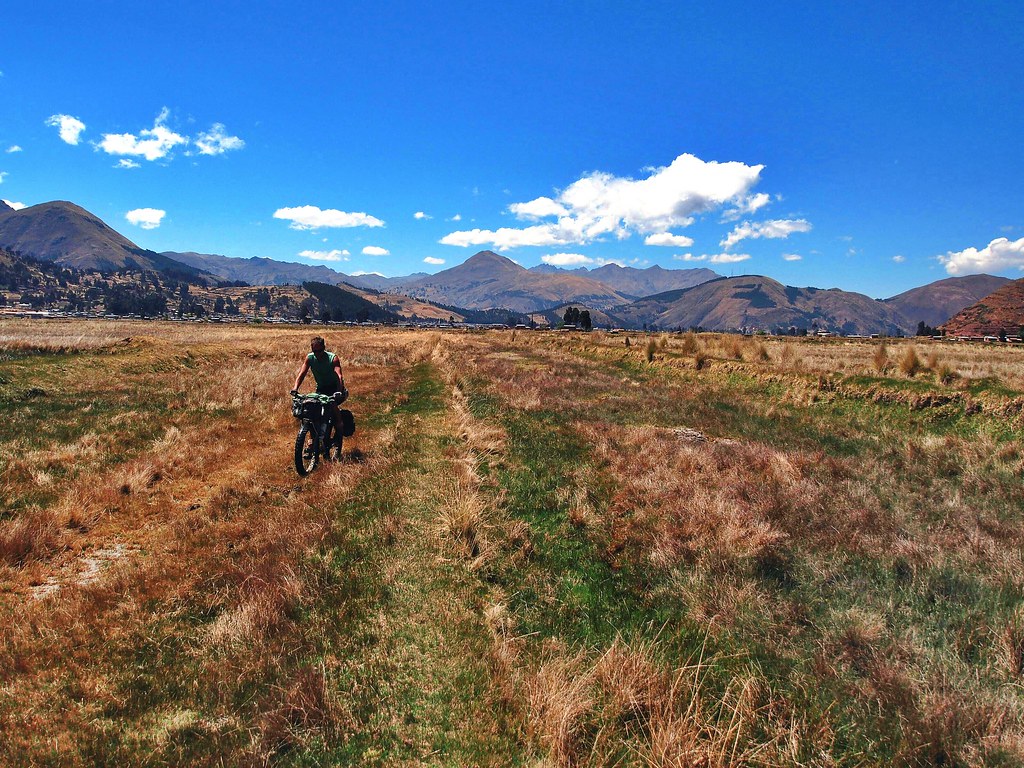 And then get our feet wet. 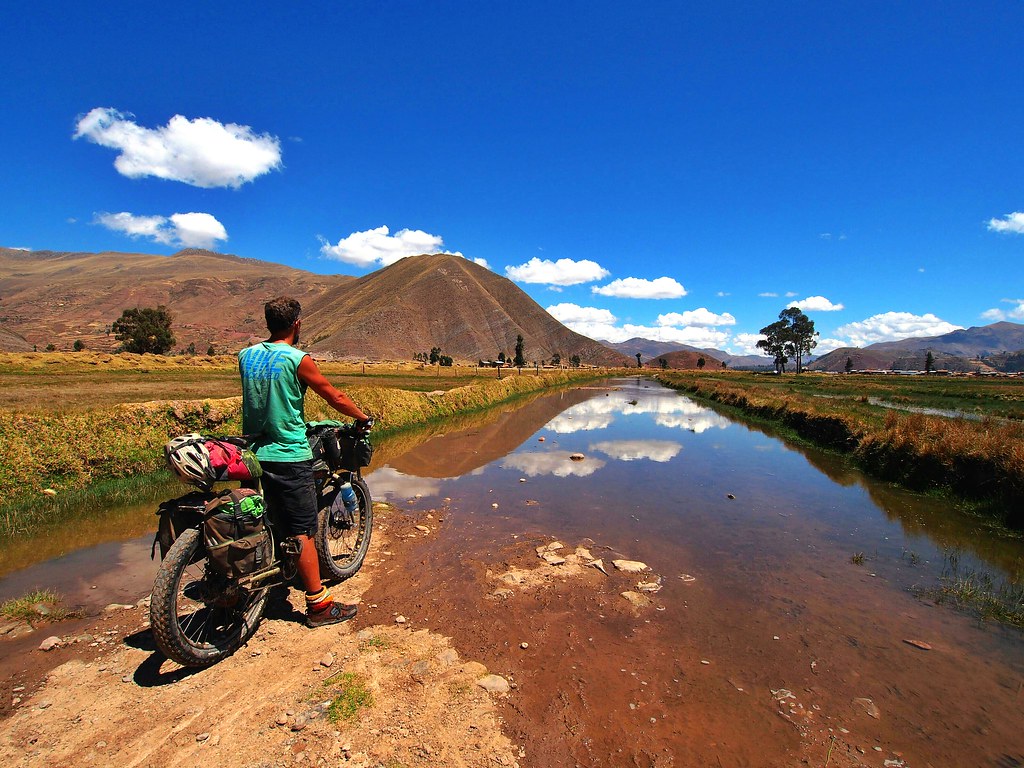 Before we get back on track. 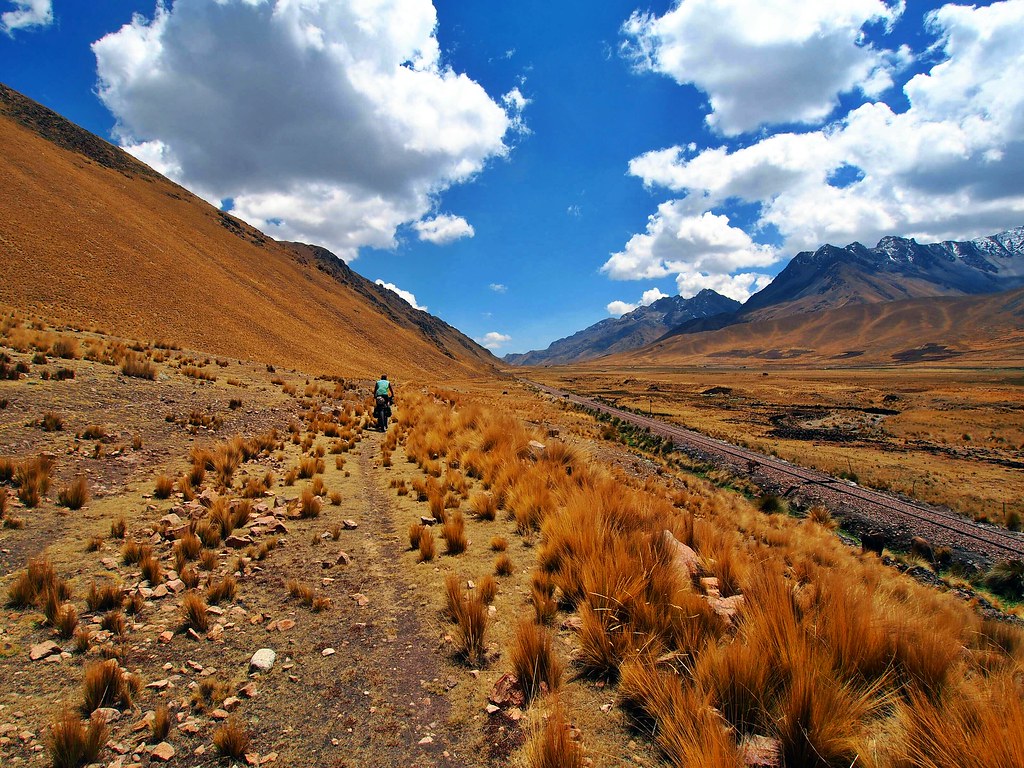