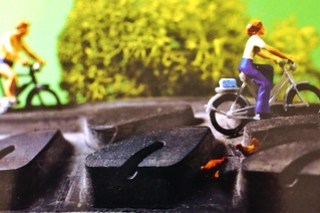 Almost two months ago, Cycling the Himlayas was tinged with melancholy. My grand plan changed at the last minute, I was grounded and forced to take stock.

The prospect of being jobless and homeless with no fixed timeline for the start of the trip were both bewildering and daunting in equal measure.

Time that I had allowed myself between leaving work and starting the trip instead became a time to reflect and regroup. First I had to put some distance between myself and the trip and my first few weeks of freedom were spent riding bikes, drinking beer, watching the Tour De France and going to Beatherder one of the best festivals I’ve had the pleasure of going to (ta Jamie and Neil).

As the will returned I found myself pouring over maps of the Himalayas with Laura Stone’s excellent Himalaya By Bike in hand.

The Pamir and Karakorum Highways through Tajikistan, Kyrgyzstan, China and Pakistan have had some sort of magnetic draw ever since I read an article on these many years ago and this seemed like a logical choice. Read Lonely Planets Thorn Tree Forum and you’ll soon begin to realise that obtaining visas for China and Pakistan to travel through some of the most culturally and politically sensitive areas in each of these respective countries is no mean feat.

With a Chinese visa in my passport I thought I was in with a shout of pulling this trip off, only to be presented with a lengthy processing times and additional supporting information required for my Pakistani visa which would have seen me still in the UK in to late October.

Around this point I actually found myself on a job site looking at IT contracts and contemplating going back to work. The day after I composed myself and submitted my Indian visa application which was quickly processed and granted. 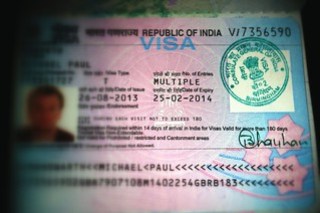 I’m sure many of you will breathe a sigh of relief when I tell you that my flights are booked for Sunday 9th September from Manchester to Dehli.

From Delhi I plan to travel to Shimla in Northern India and explore the Ladakh and Spiti regions by bike before tackling the Leh and Manali highway and some of the highest passes in that region topping out around the 5,000m mark.

I’m hitting the region late in the season and there is a possibility that snow may interfere with my plans for some or all of it. I won’t know this until I’m on the ground but I also have a number of other ideas including a return to Nepal or the Sikkim to explore further by bike.

I have a return flight booked to the UK at the backend of November and plan to spend a couple of weeks resting, catching up with friends and family and sorting kit before then flying out to South America and start at the bottom riding from Usuhaia northwards.

With the many twists and turns to date there has been an obvious impact both in time and consequently budget. By the time I leave Usuhaia I will be 6 months in to what was supposed to be a 12 month trip. Being realistic its unlikely I will get much further than Peru before returning home.

For someone planning on riding an entire continent this realisation could be perceived as a massive blow but in fact its been quite liberating, it gives me chance to explore and get off the beaten track rather than worrying about daily mileage.

If I look back even to this point in the trip it’s filled with serendipitous encounters, new opportunities and fresh beginnings of which I am sure there are many more to follow.

Sometimes you just need to slow down, stay calm and simply let things happen as they were supposed to happen.

I’ve also been humbled by the kindness, generosity and support I’ve received from both my friends and family. People who I feel privileged to be able to call that.

A special thanks go to my brother, sister in law and nieces who have graciously allowed me to stay with them for a month, and use their home as both storage facility and staging post for the trip.