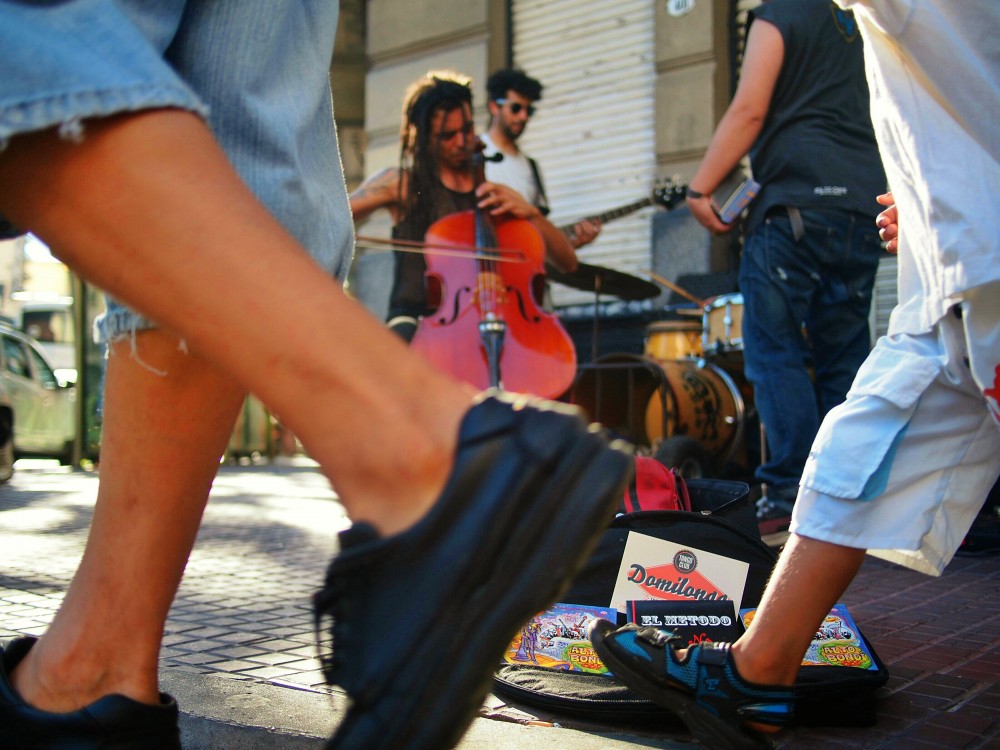 Driving back towards Kathmandu after the Manaslu Circuit the Langtang range is bathed in evening light as the sun sets giving them a vibrant orange glow. The Himalayas parting gesture, a reminder not to forget them and return again someday.

Sights, sounds and conversations whirl round in my mind. I’m tired, physically and mentally rundown from months of physical exertion. Months spent in isolation, an oddity in small and isolated communities.

A brief interlude back in the UK sees me back amongst a landscape that is familiar,  amongst my ever supportive friends and family. A time to recharge my batteries and prepare for South America.

Before I know it, it is time to pack my bags once again and say my goodbyes. The drive to the airport, the familiar knot in the stomach. Part apprehension, part anticipation. An unknown continent, an unknown language, uncertainty of what the next few months holds.

Knocking on the door of an apartment in downtown Buenos Aires I wait expectantly for the door to be answered by my host family.

I’m here to learn Spanish in preparation for my ride north from Usuhaia the southernmost city in the world. Learning Spanish may not be the type of physical adventure I imagined when planning this trip but it is an adventure all the same.

Having spent previous months in small and isolated villages, Beunos Aires comes as quite a shock to the system. Stepping out from my accommodation I’m immediately transported in to the bustle of Avenida Corrientes swept along in the crowds of Beunos Aires’ theatre district.

My daily walk to school takes me past the Obelisk and across the worlds widest street Avenida 9 de Julio. Mixing with the stylish Porteños who call you this city home. 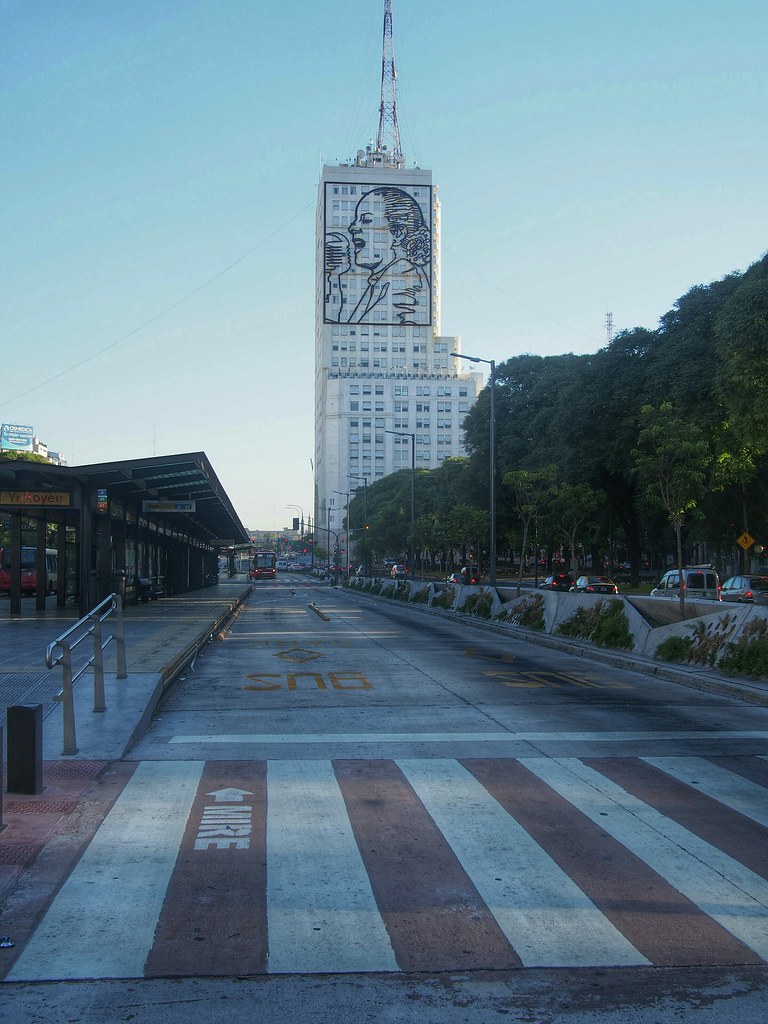 What starts out as a two week interlude turns in to a month as my travel plans in Patagonia change and I get swept along amongst daily life in this vibrant city. I am able to spread my belongings out for more than a day. It feels like home albeit fleetingly.

The Spanish classes are intensive, a different set of muscles being exercised. Brain rather than brawn. Long days in the saddle don’t convert well and by the end of four weeks study I’m surprised how tired I feel.

Weekends and evenings provide some respite from the study. A chance to explore the city and enjoy the company of many of my class mates and fellow students including Jaime and Tom.

Buenos Aires Biking gives me the opportunity to push some pedals and gives me a whistle stop tour of the city. Pedalling around the city its striking to see how different each of the barrios is.

From La Boca the birth place of Tango and its colorful if slightly cliched streets. 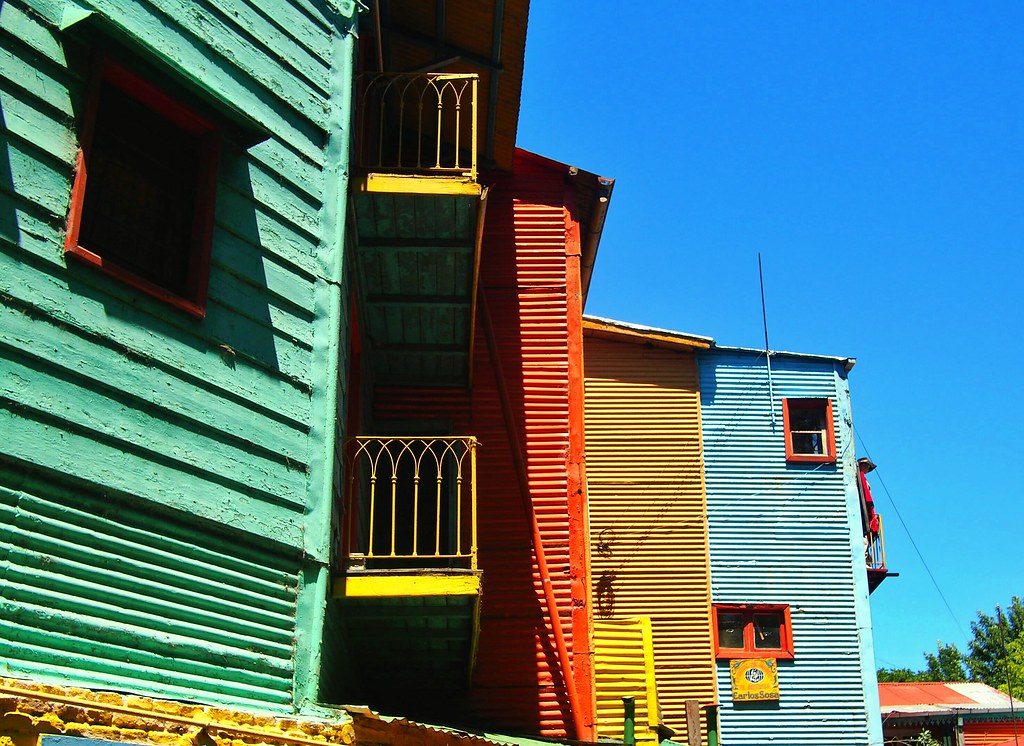 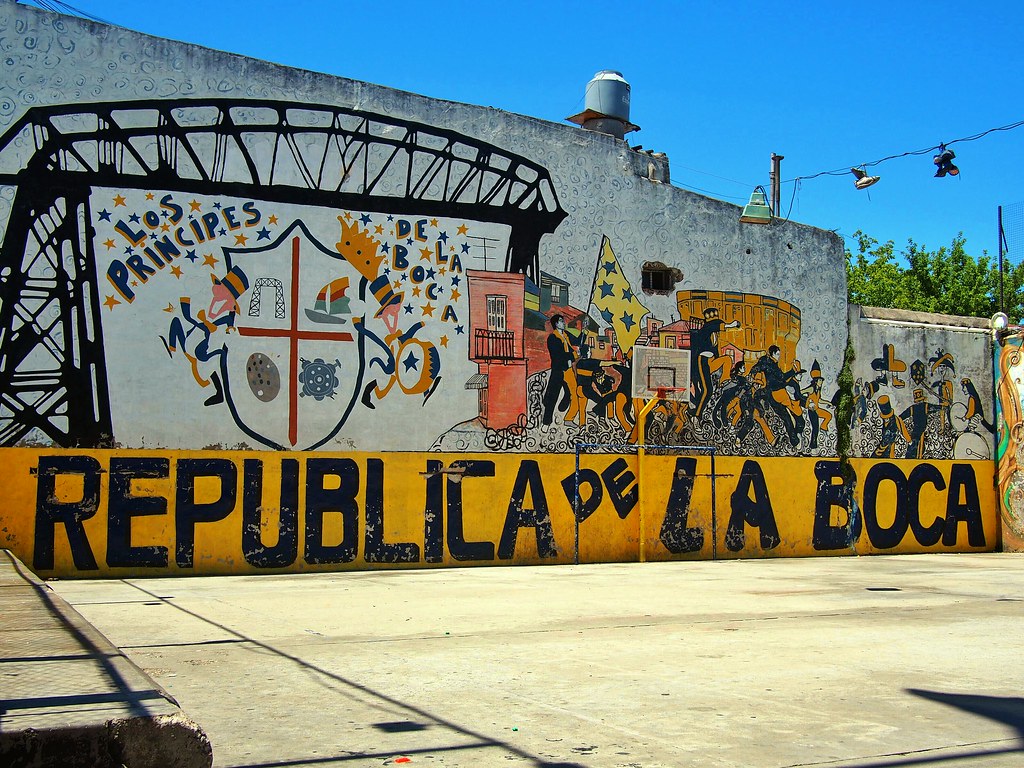 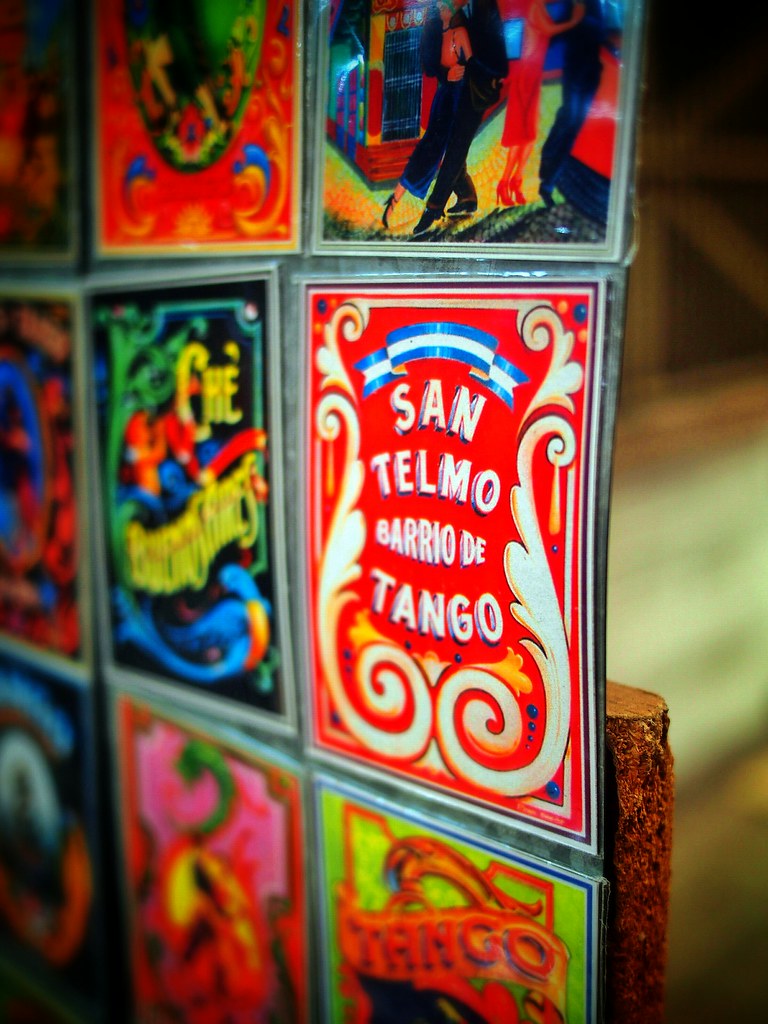 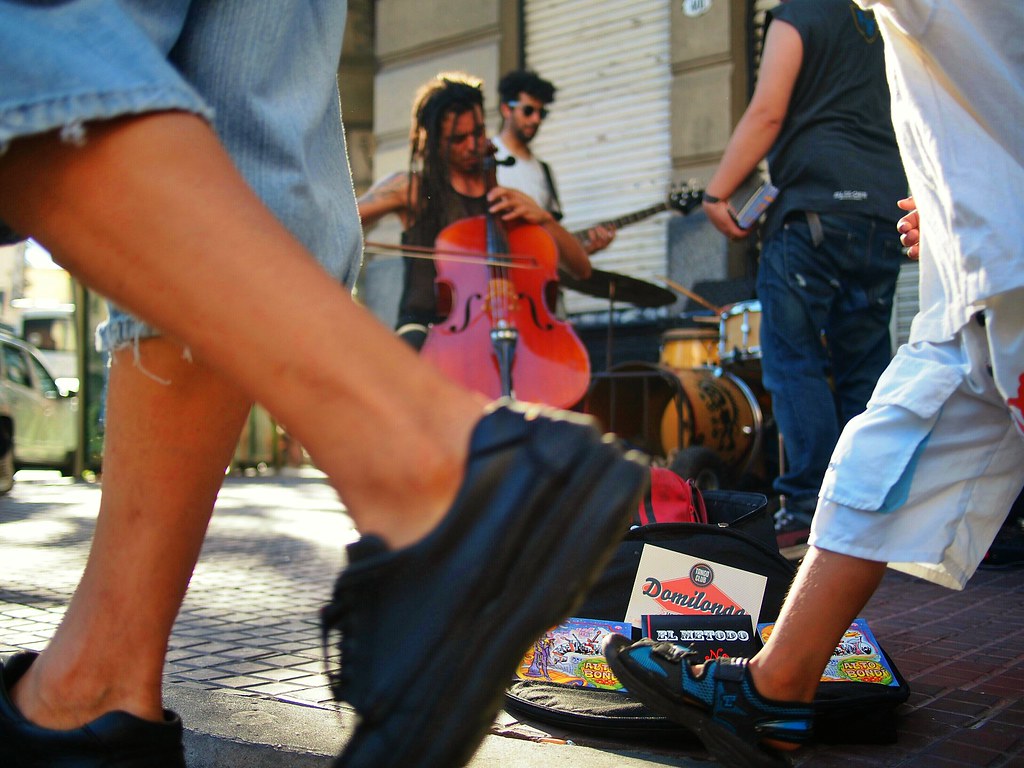 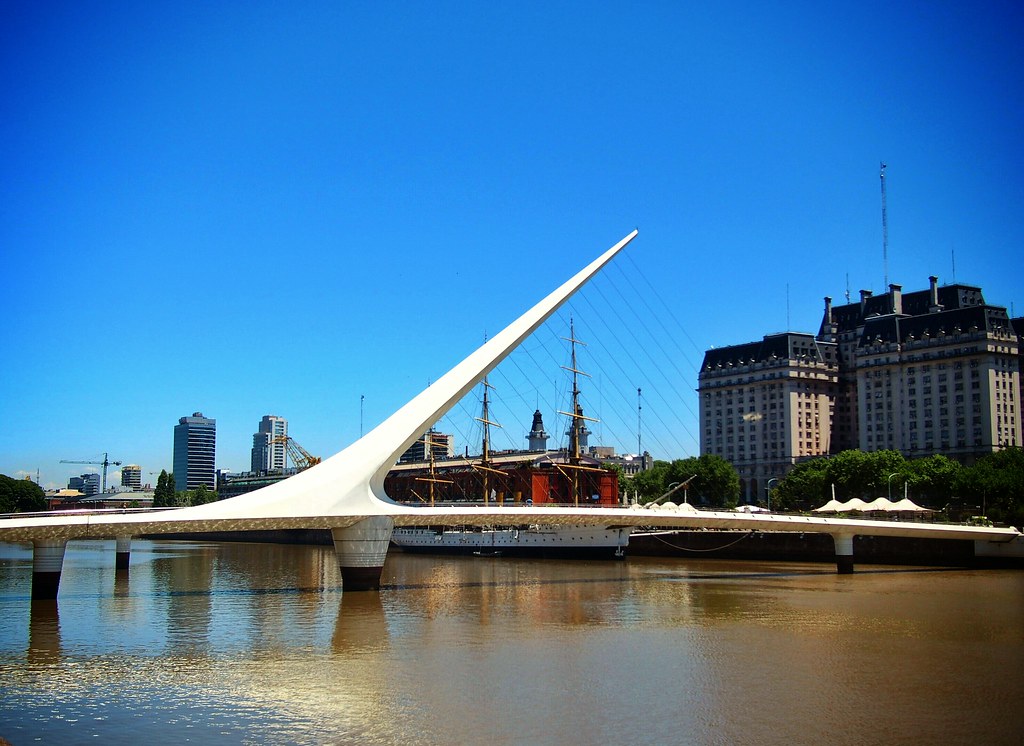 Cool kids hang out on hipsteresque upside down bikes. 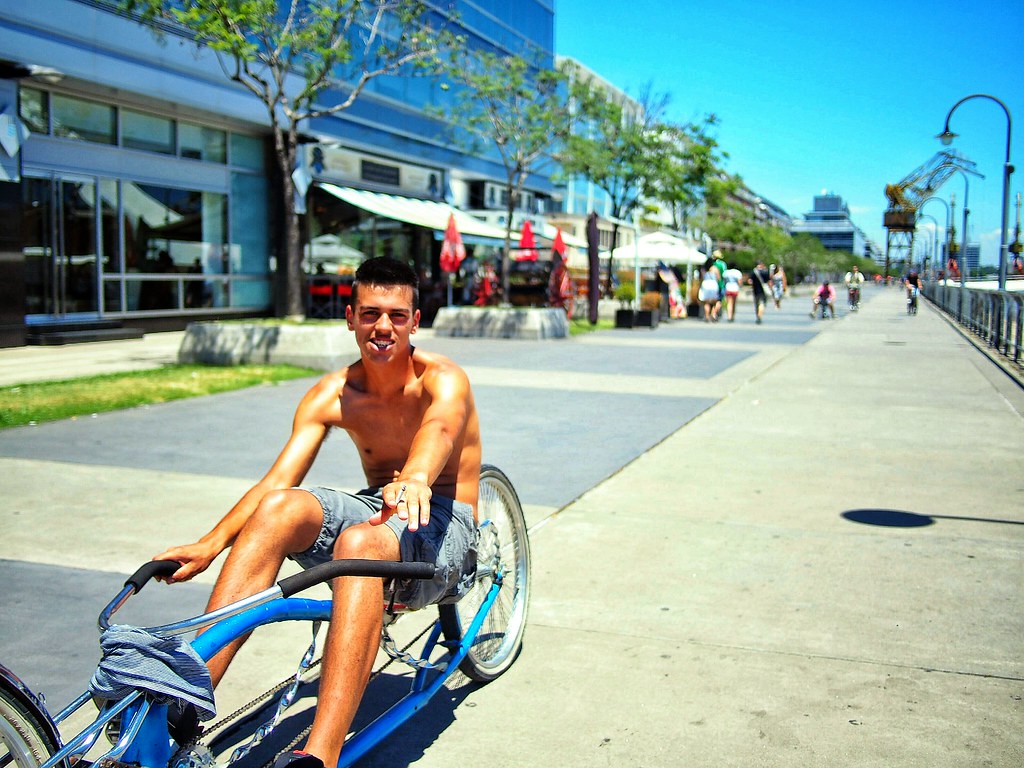 Recoleta with its leafy green spaces and photogenic Flueris. 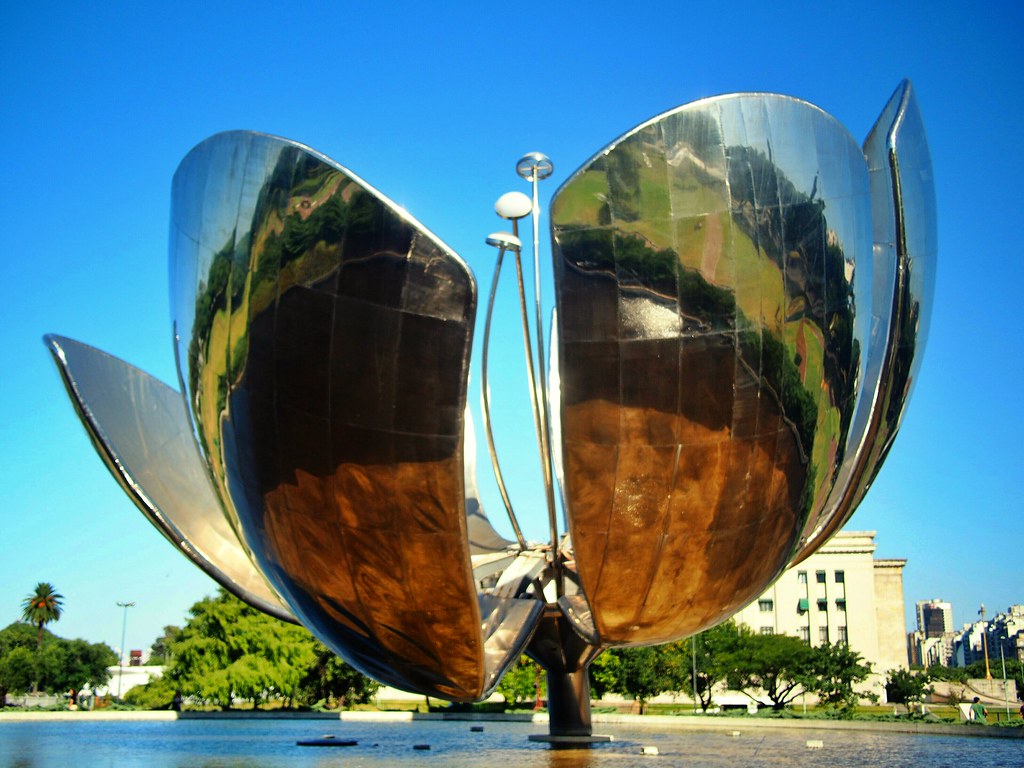 A Saturday afternoon is easily spent browsing its markets, enjoying one of many musical and tango performances in the park. 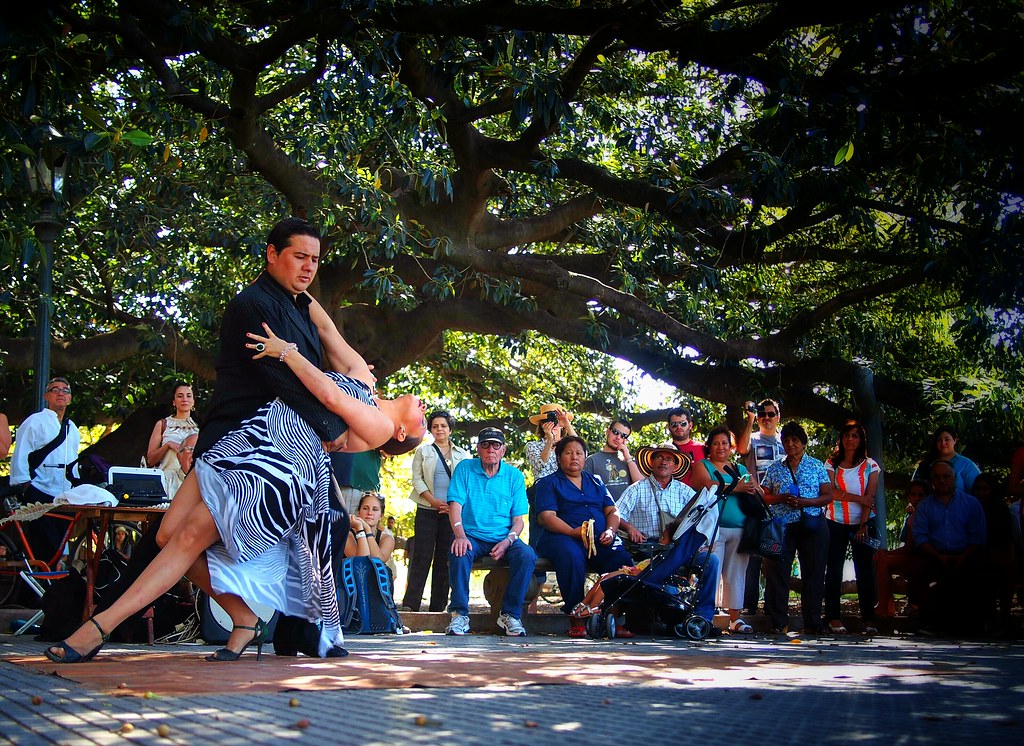 Many make their way to Recolata’s cemetery a slightly macabre tourist attraction but the scale and granduer of many of the graves is staggering, more small houses than resting places.

Evenings are spent in one of many trendy bars in Palermo with class mates as well as practising Spanish with young Porteños at the weekly Mundo Lingo events. Through many of the conversations its easy to see they are proud of their city.

The openness and warmth I am met with is humbling. I learn a modern history of Argentina from an Argentinian’s point of view. Hyper inflation, a currency devalued and many affluent families plunged below the poverty line overnight.

Despite its first world feel there is a simmering discontent amongst its residents. Daily protests radiate from the Plaza De Mayo in front of the presidential office. 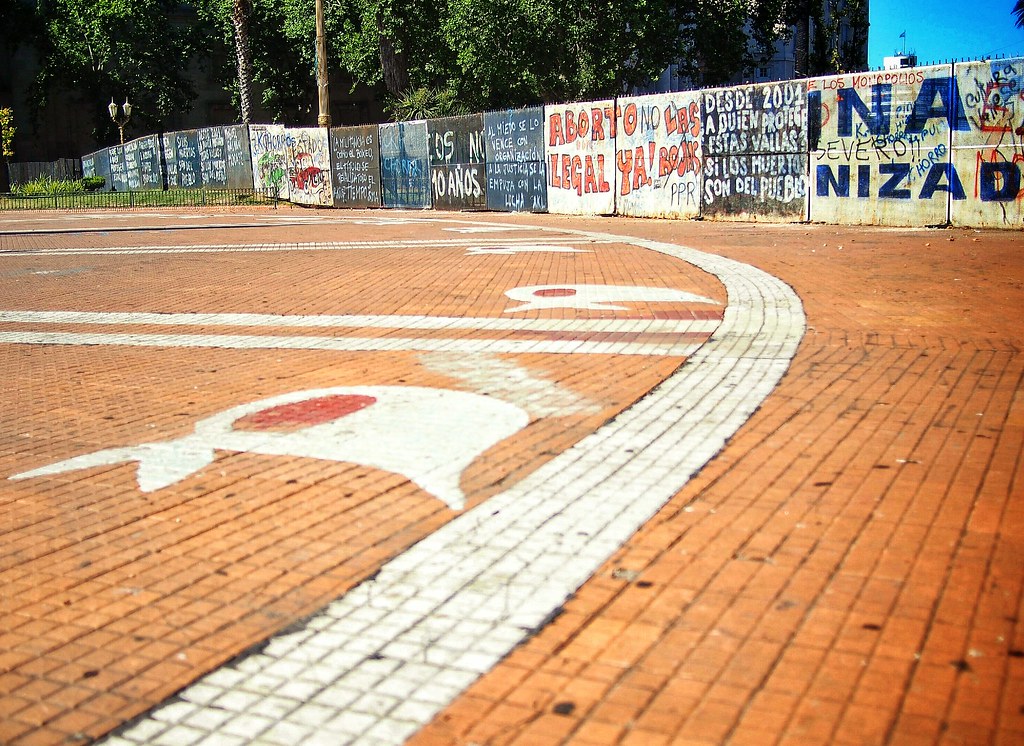 The vibrant street art scene part political reaction to the economy, now turned in to an artistic art form in its own right. 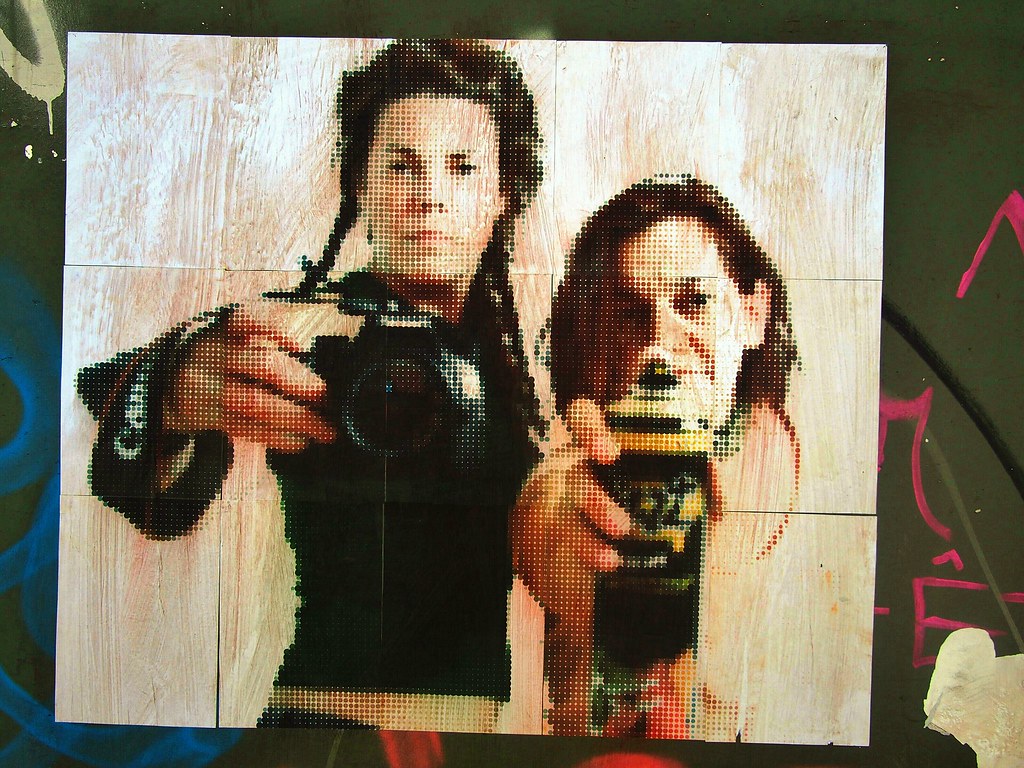 The record heatwave that grips the city during my stay sees frequent power cuts as the demand for electricity exceeds the cities supply. As people switch on their air conditioning in greater numbers streets are brought to a stand still as residents take to the street in protest left without gas or electric for days at time.

Despite its strikingly European influenced architecture once you begin to see past this you begin to see a city in gradual decay. Cartenaros shift through rubbish, buildings stand empty and families sleep on the street. 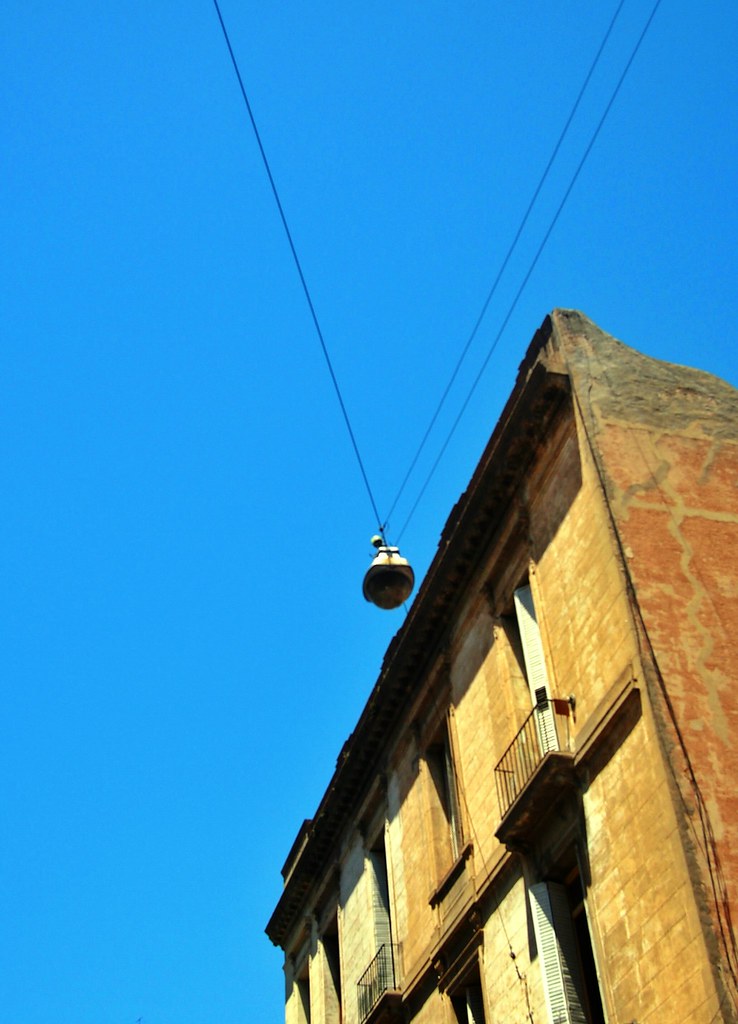 Despite all this Buenos Aires has a quirky left field feel. As the new year arrives I find myself stood in the middle of the street in Palermo as fireworks light up the sky, the sound of Latin drumming gathers a crowd of almost two hundred people in the street. An hour slips by as people dance in the street surrounding the band, traffic unable to pass but no one seems to care. A snapshot of the laid back and sometimes easy going nature of the people, more interested in friends, family and good times shared than work and stress.

My time in Beunos Aires has been a social one. Conversations enjoyed over plentiful wine and steaks. Cafe culture enjoyed with young Porteños, lazy Sundays spent wandering a deserted. 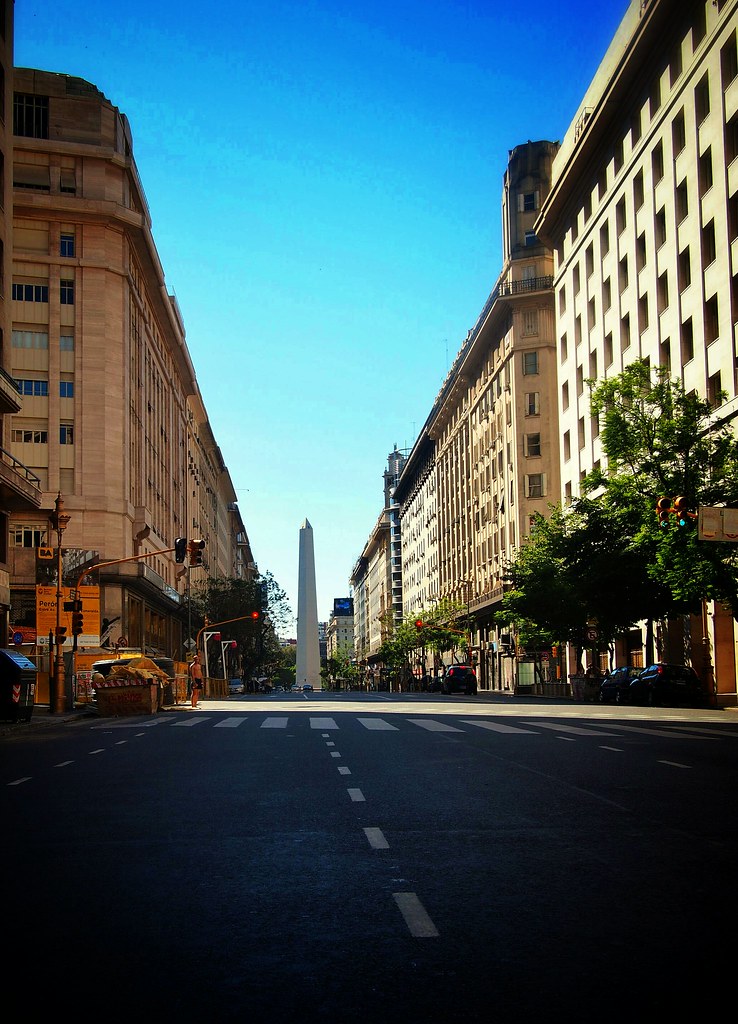 When asked whether I am happy to be leaving its with mixed emotions. I feel ready to pack my bags again but perhaps a month isn’t long enough to get under the skin of this city.

I leave with more Spanish than I arrive, but with a long road ahead lingusitically and geographically. Equipped with Batman and Robin for the long road ahead, I have high hopes of linguistic excellence! 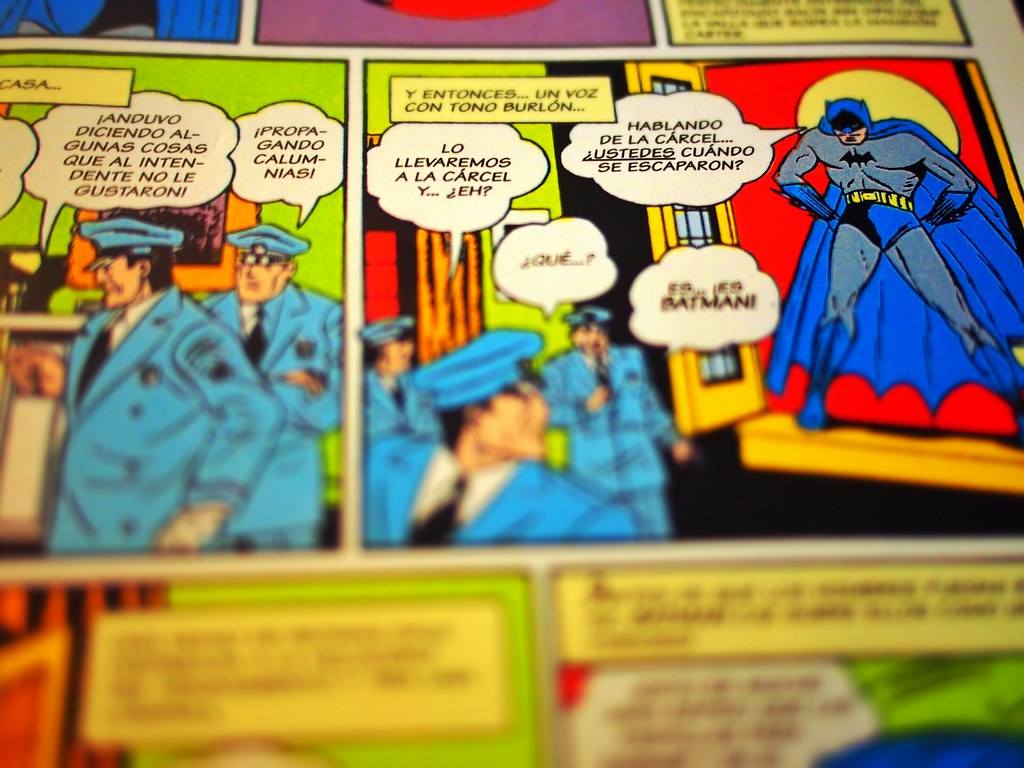