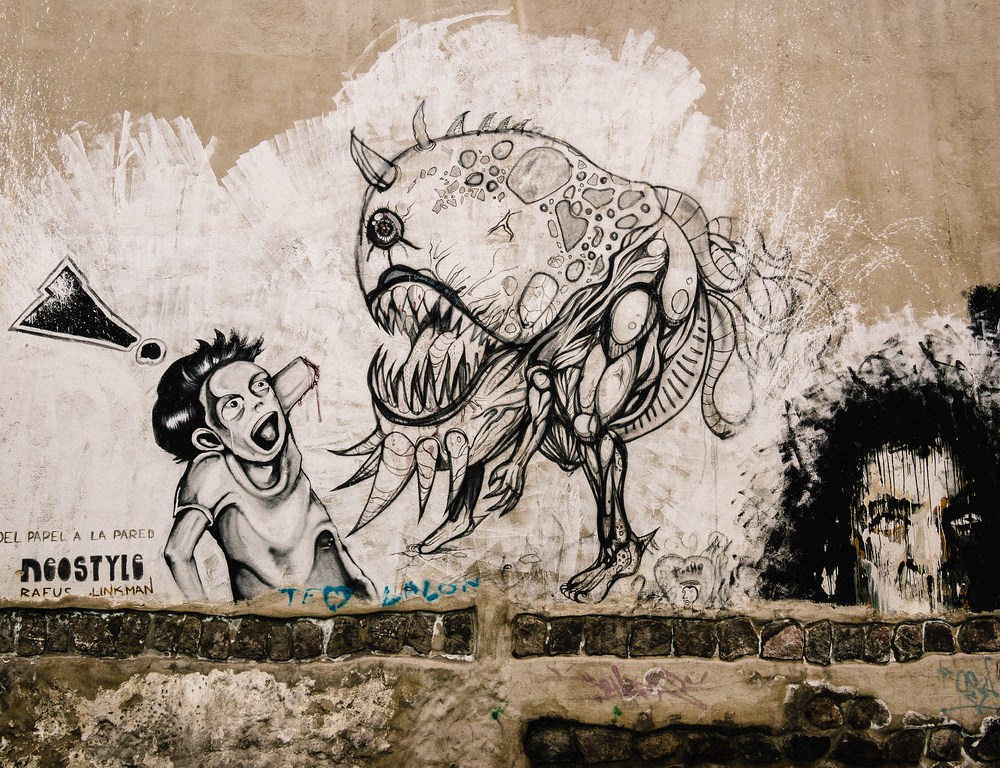 Almost two weeks in to 2016 it seems a tad tardy to begin reflecting on the previous year. After all shouldn’t we now be filled with hope, expectation and excitement of what the new year will bring?

The truth is that I sat down to pen my thoughts about 2015 midway through December amidst impending work deadlines and planning for the new year. My musings left suspended mid sentence as my thoughts and attention flitted somewhere else.

Christmas and New Year offered time with friends and family, my mind beginning to digest the months before with a view bringing together a collection of images like previous years.

The act of bringing together these images forces me to reflect on where I was, and what I felt the same time a year ago. Carefully selecting, and eventually distilling them down to a set 12 images that perfectly capture some of the many moments and memories which punctuate the passing of 365 days.

Casting my mind back to Ecuador a year earlier, with my return date to the UK set, I resolved to savour my final few months on the road, the smiles, the laughter and the rich daily experiences I’d come to love about my travels in South America. After my return home, I immerse myself amongst friends and family whilst I begin my search for work.

The remainder of the year becomes about about laying shallow roots, about stability, nurturing important relationships and fostering new ones. Admittedly recalibrating to life back in England at times hasn’t been easy, the stark change in the standard of living coupled with the static nature of life leaves me listlessness.

Office bound, driven by routine and deadlines rather than freedom and spontaneity. But like everything in life, it is by choice rather than circumstance, a financially motivated one at that, an investment in the future, for further adventures, freedom and happiness.

Once again I stand before a blank piece of paper, the passage of the next 365 days left to join up the many hopes and aspirations I hold, to weave a new tale complete with a new set of memories and experiences.

The Bridge of sighs

The start of the new year sees me jump back from Ecuador to the Peruvian capital, Lima. Recovering from a stomach parasite which had troubled me for several months, I spend a week with Ivonne, as I recuperate, we explore this sprawling South American super city. A late afternoon stroll through the bohemian Barranco district, the sun bathes the Bridge of Sighs in warm light, as we watch the world go by. 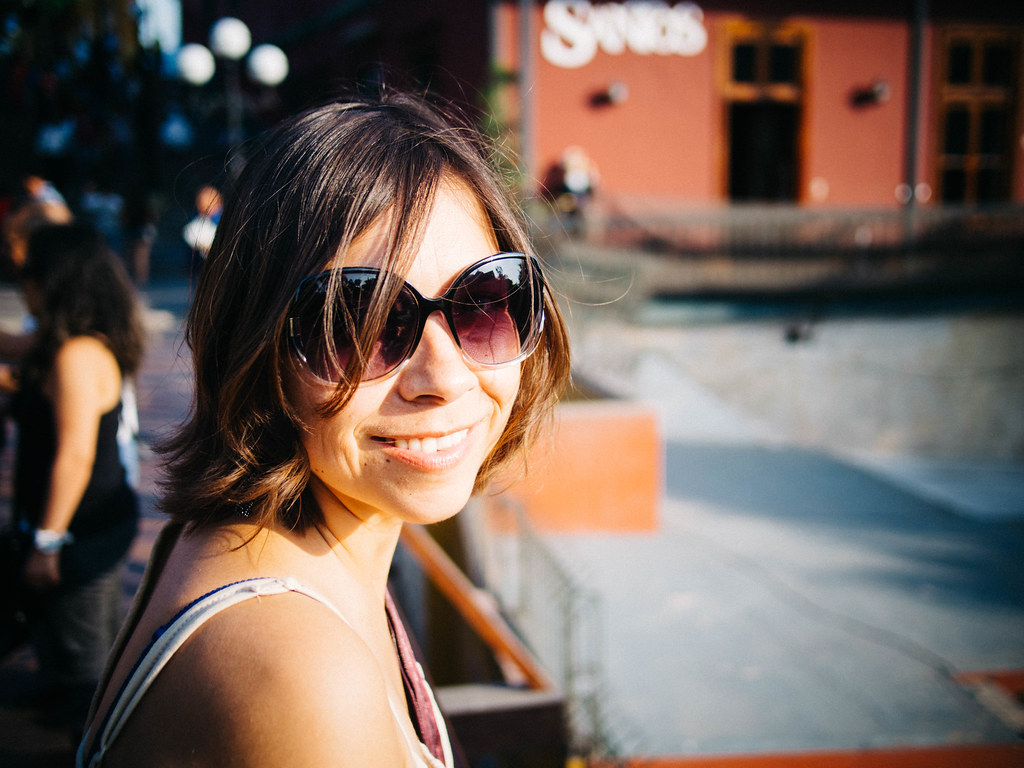 Upon my return to Ecuador it’s straight in to action with Cass and the indefatigable Dammer Brothers. Intersecting them on the inaugural Trans Ecuador ride, we share four days of gloriously brutal bike riding (and carrying) connecting ancient trails in the Ecuadorian paramo. Despite its physical hardships, there are smiles and laughs a plenty. 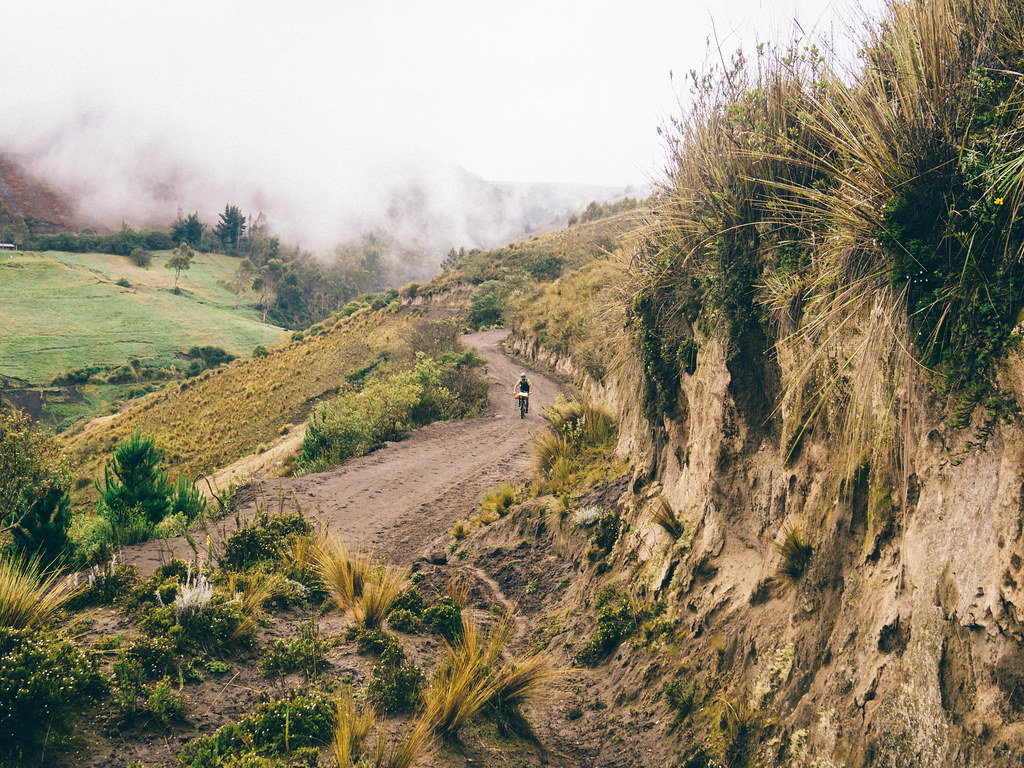 Escaping camera wielding tourists in Quito’s historic centre, I wend my way through side streets adorned with street art. As with any major South American city murals adorn any available wall, some contain serious political and social messages, others have a more playful tone. Will it really be that bad going back to work? 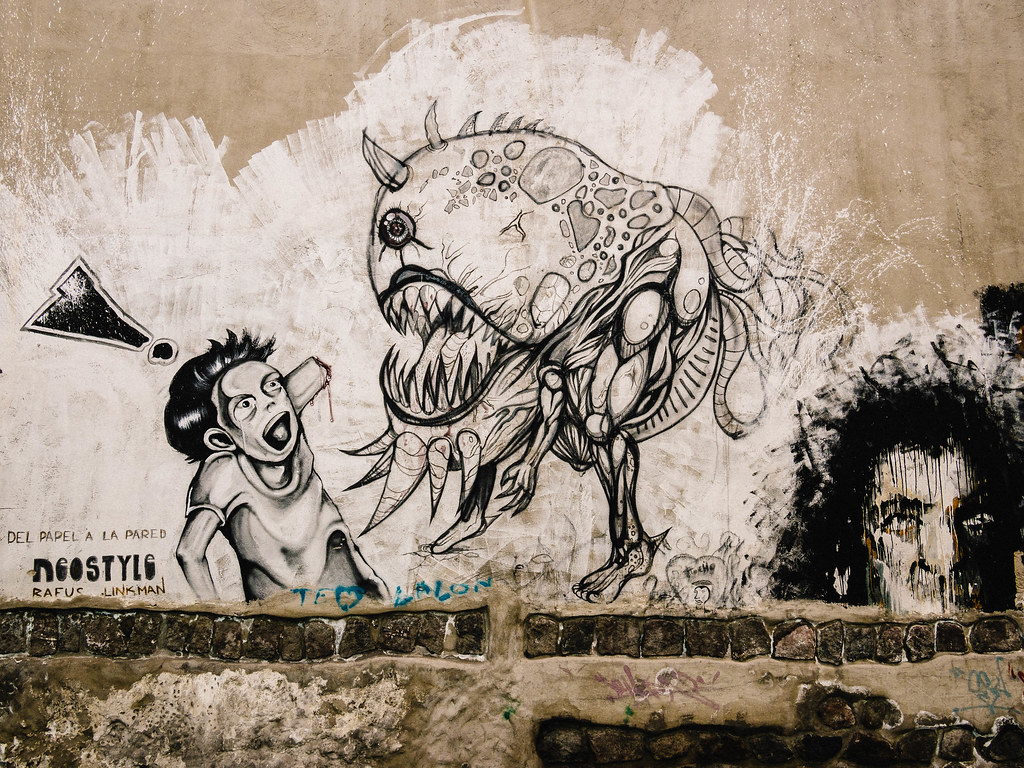 Pressed for time, Colombia passes in something of a blur. They are long hot days, riding through the lowlands of southern Colombia, time and kilometres slipping away, as the remaining days can be counted on my fingers. The Pre Colombine ruins of San Augustin offer a few days distraction, wandering through dense jungle to find exquisitely carved gods and mythical creatures thought to be over 5000 years old. 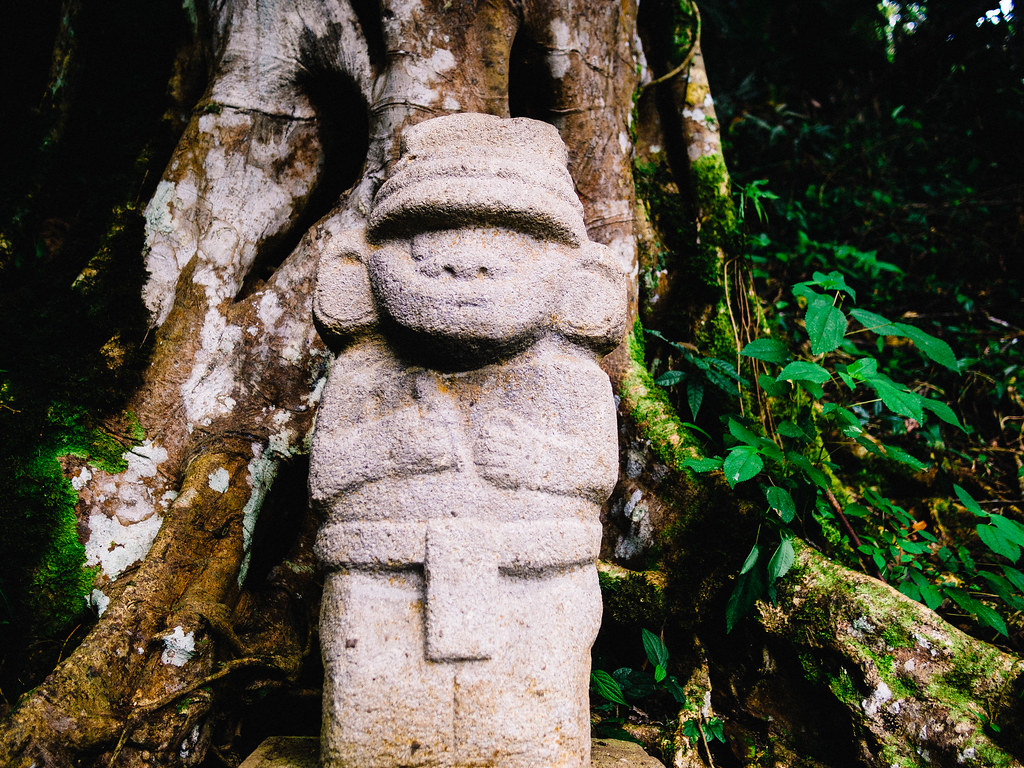 My return to England coincides with the wedding of Tim and Heather. Staged in a Georgian coach house, it’s a delightful reminder of all things British. Together once again with friends we laugh and joke as if time has stood still. A picture of calmness, Tim the groom is captured here as he readies himself for the big day. 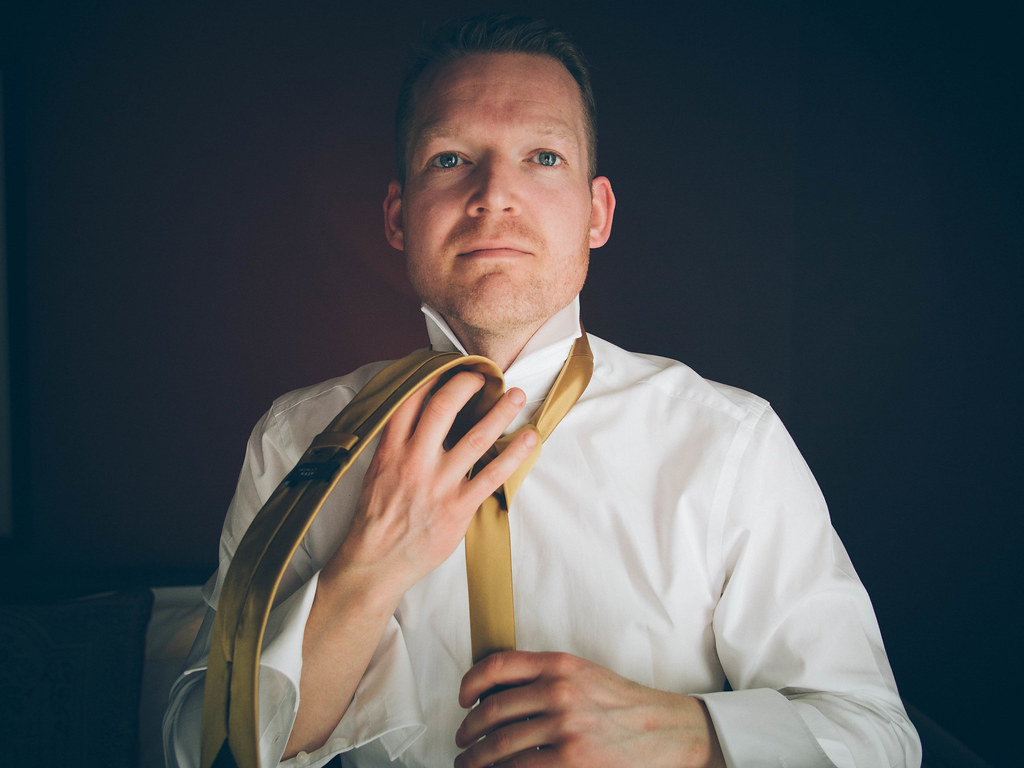 The bleak and featureless moors surrounding my home in Yorkshire begin to take on a new meaning. Whilst small and squat in stature, muted heather moorlands hinting at the mighty Ecudorian paramo. As my search for work begins, I dust of my road bike and put in the miles with friends and family, as I begin to recalibrate to life in England. 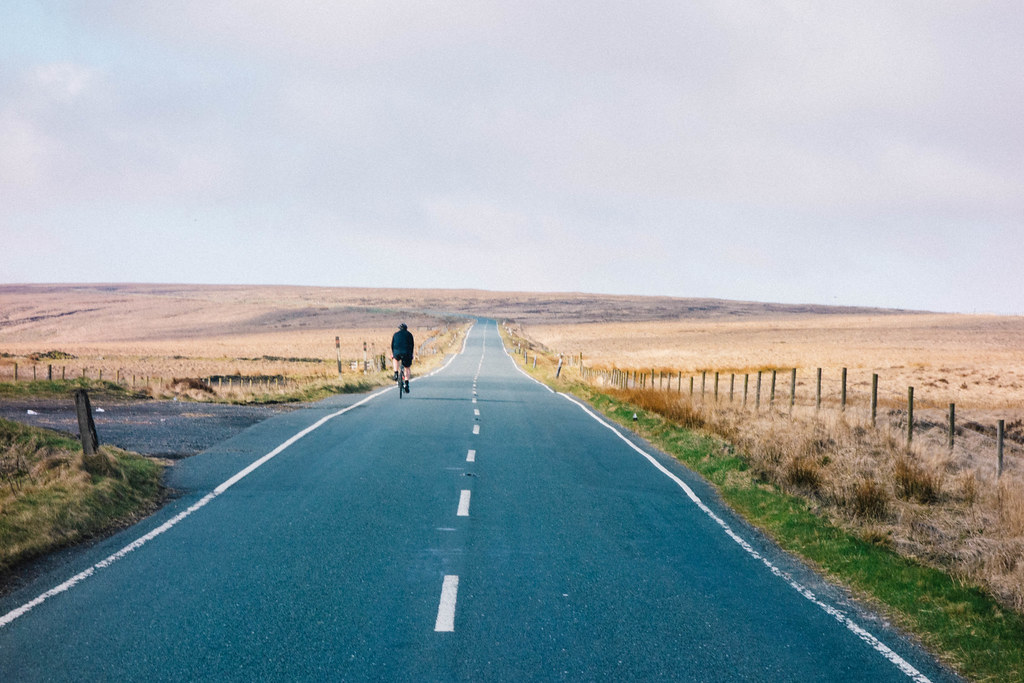 This down time finds me reacquainting myself with Yorkshire, pouring over maps with renewed vigour, concocting new plans to explore unknown dales, the humble bridleway the lynchpin to these off road adventures. 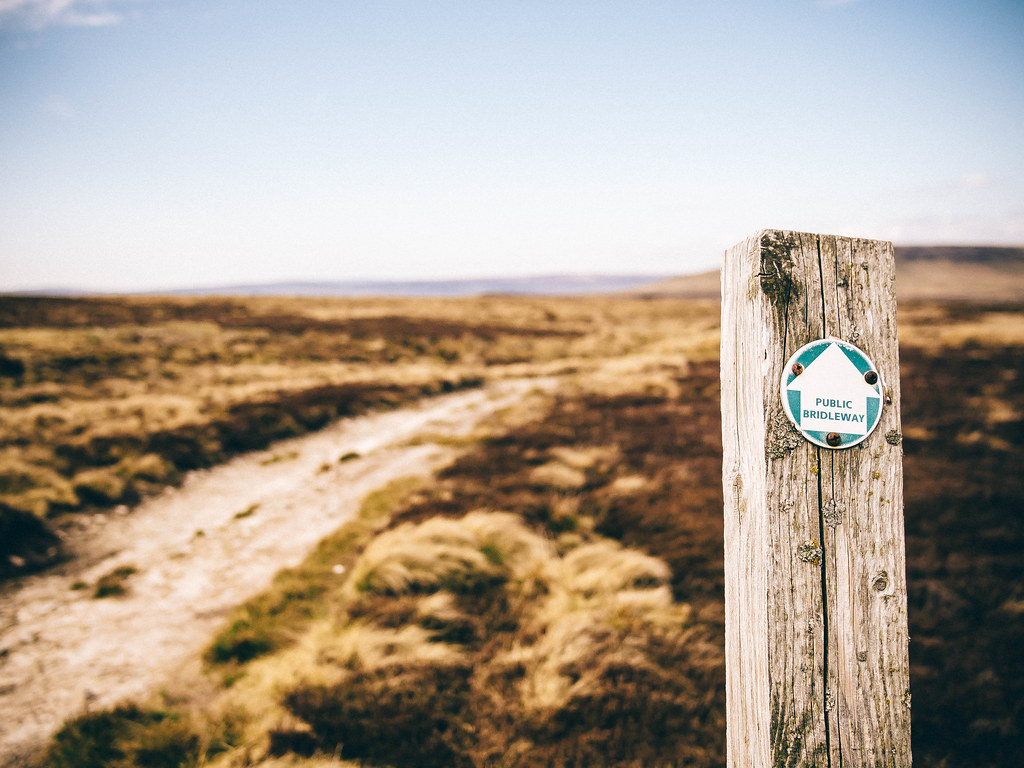 Work moves me to the pancake flat Cheshire plain, a place of quaint English villages and leafy country lanes. As the English summer eventually arrives, evenings are spent running amongst lofty pines, the forest providing a shaded oasis of interlocking tracks and trails. 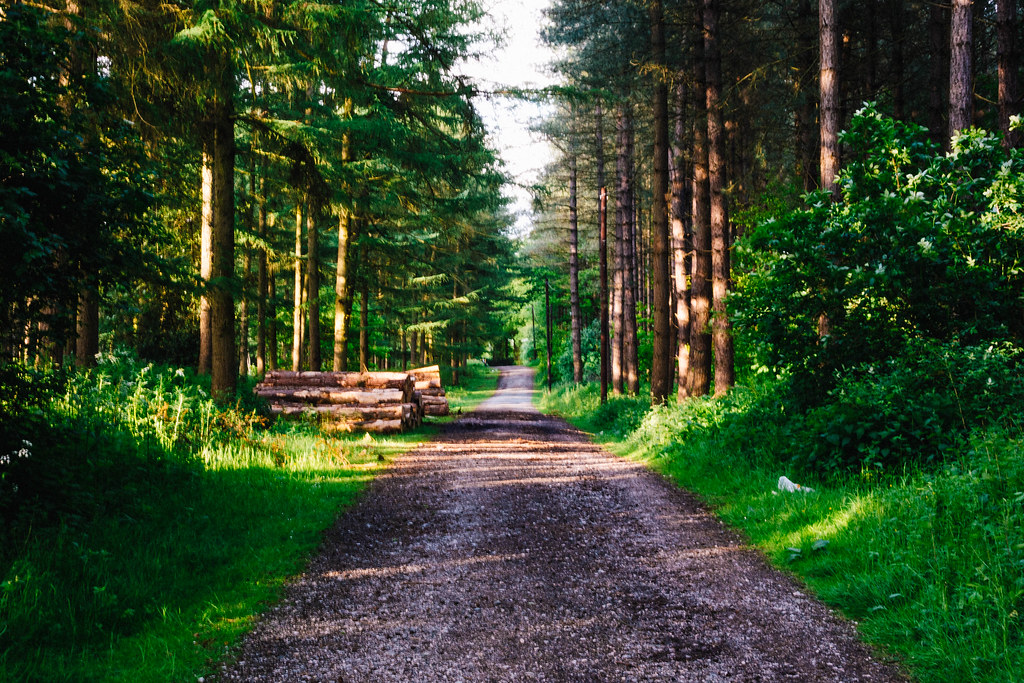 The Scottish island of Arran may be diminutive in stature but its mountains are some of the finest in the British isles. On my last visit to the island the Goat Fell mountain range left a lasting impression. Resolving to return and explore these mountains, an ill planned adventure unfolds, and a new friend is made. 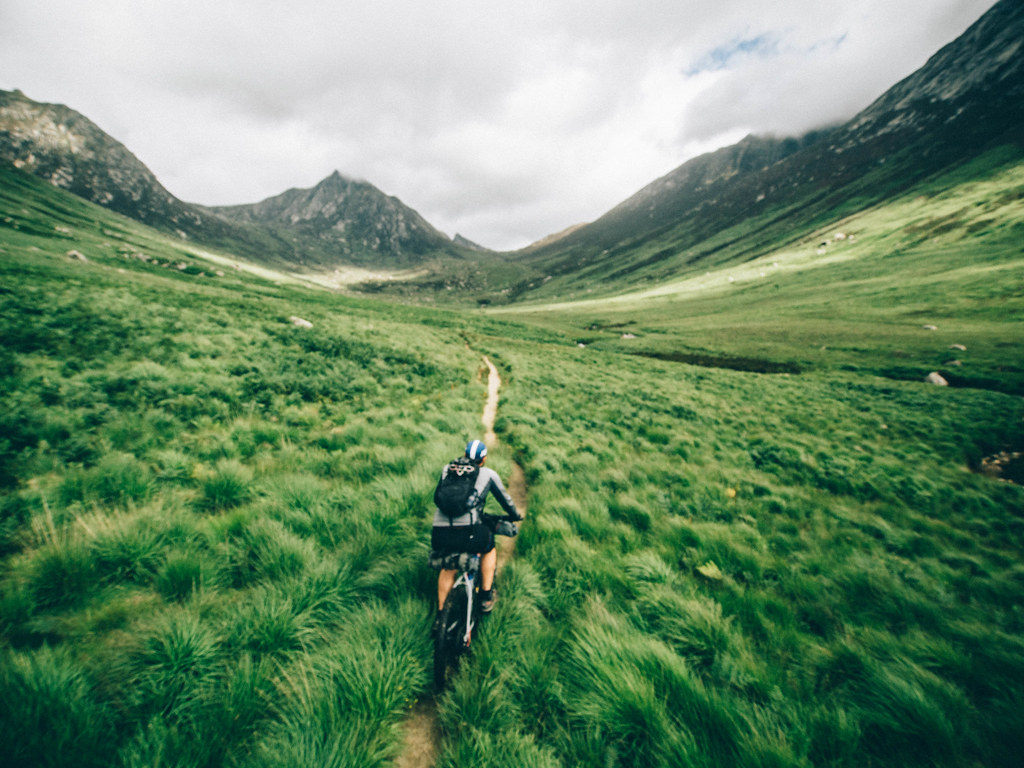 Despite my desire to explore far flung places, there is a resonance to the Pennine landscape. Tracing the Pennine Bridleway from its start in the Peak District, a muggy days ride deposits us in Upper Calder Valley of the southern Pennines. Familiar packhorse trails and the imitable Stoodley Pike come in to view, just as my ancestors would have seen whilst farming the moors below the monument. 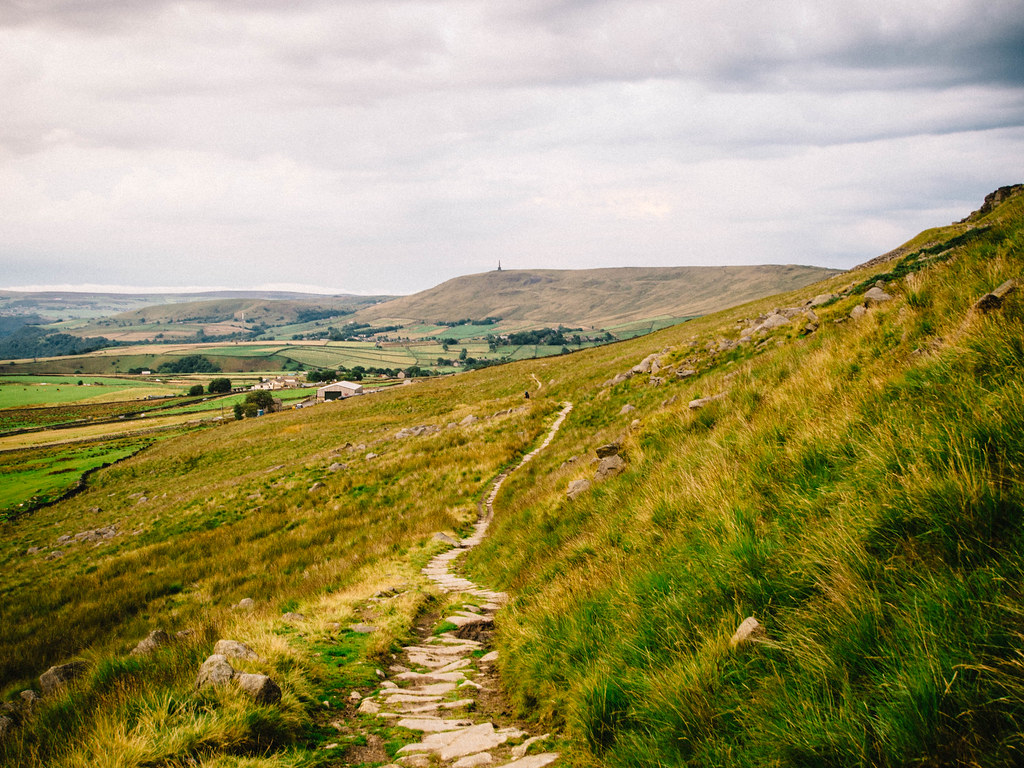 Fridays once again become about rushing out of the door after work. A break from the weekly grind, a chance to squeeze a couple of nights under the stars. As Cass and I meet up once again, we are gently reminded English summers aren’t quite like the halcyon days of old. 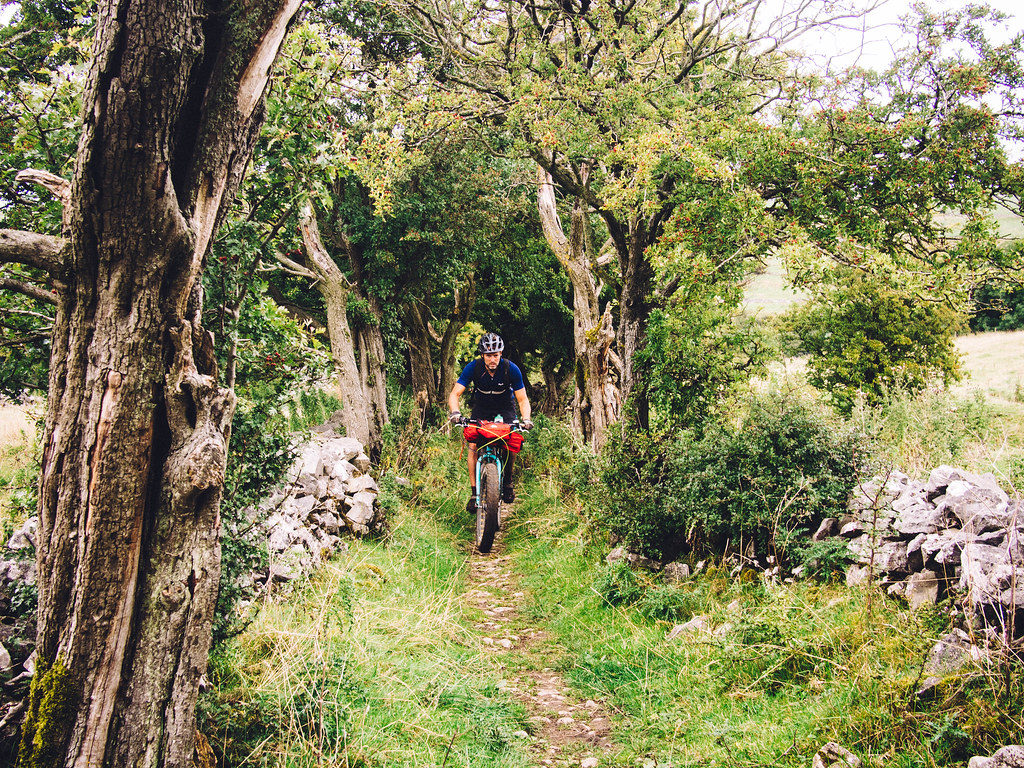 The stunning Yorkshire dale of Swaledale becomes the final ride of 2015, the brutish climb from Reeth offering up panoramic views, as we ride from dale to dale over flat topped moors before eventually descending down through the old mines of Gunnerside Gill. A perfect way to round off the year. 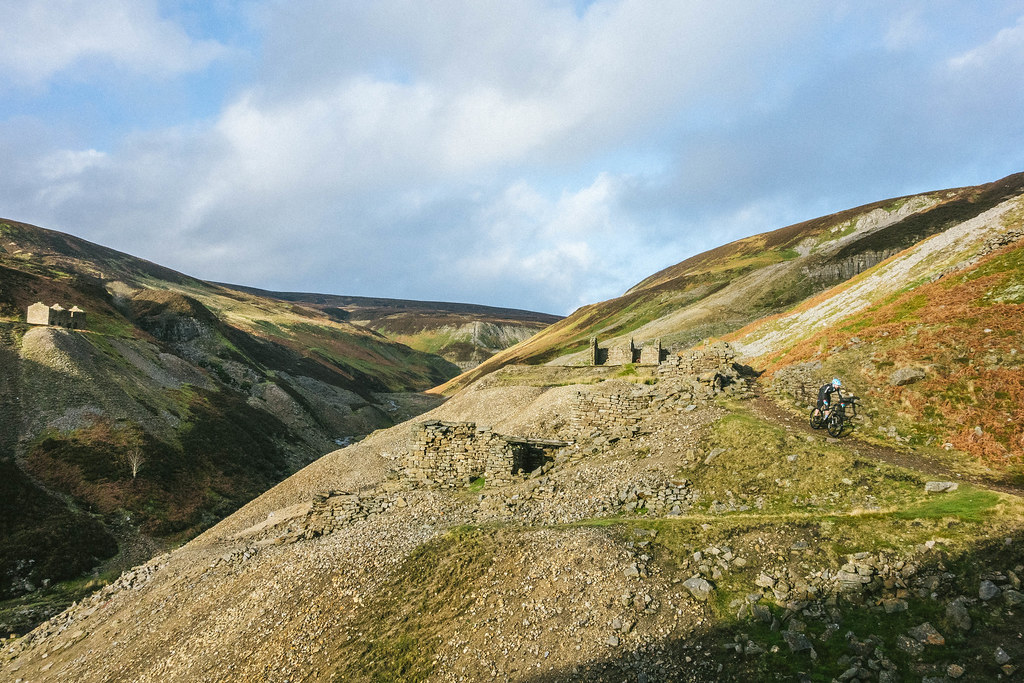 Whilst there are several other snippets which jump out, perhaps the most notable omissions from this collection are the long days spent road riding coast to coast in both England and Wales, and Capital Trail due to an uncooperative camera.

So thats a wrap, better late than never. It’s with a heartfelt thank you to the many people that were part of these adventures and the many others which never made it on to the blog, the countless conversations, the many positive comments, emails and messages along the way.

Since publishing this post, I’ve wondered what many of my readers highlights of the year have been. I’d love to hear about them, if you have a spare moment please leave me a comment or drop me an email to share them with me.